HOT PICKS: What to Check Out This Week

The crew is back with a pretty broad selection! Our Watchers see zombies, and sins … and BEER!

The Walking Dead #126, Image. This is it. The conclusion to “All Out War.” Will Rick live or die? Is Negan dying? What is going to happen? AHHHHHHH! Just leave Michonne and Daryl alone. Wait, you mean Daryl isn’t in the book? Kidding!!! This has been a long road for the Survivors with Negan and I am ready for him to be gone. We’ll see on Wednesday!!

Elektra #1, Marvel. I’m a sucker for a good book with a female lead. Especially one with such an awesome character like Elektra. I have no idea if this will be good or not, but I’m hoping for the best. The cover is fantastic! I’ve been waiting for this one since it was announced.

Original Sin #0, Marvel. Yeah, yeah. I know a lot of people don’t like ‘event’ books but I am pumped for this one. Not just because it’s by Mark Waid but because it’s the whole beginning of the Original Sin event. And I love the Watcher, so I’m sure it will be sad, but really, really good. Plus, I hope we find out what he saw! 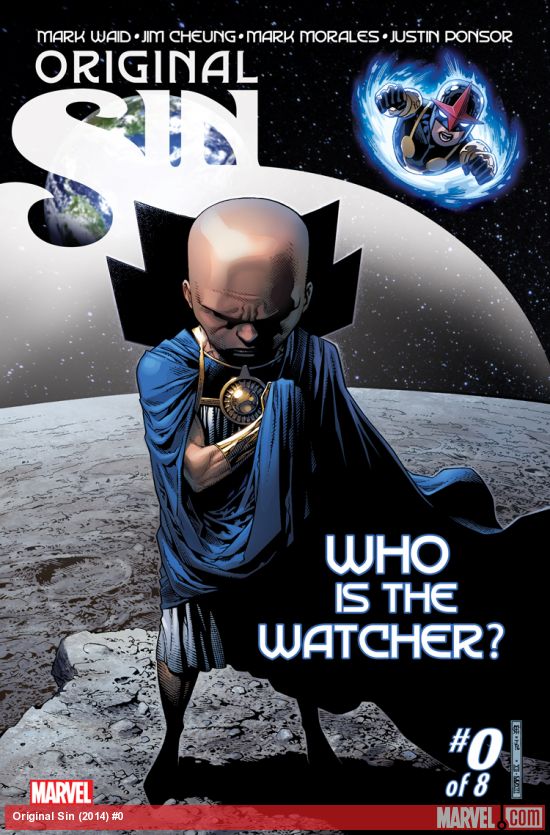 Also, Evil Empire, The Bunker, The Fuse, Deadly Class, Lazarus, The Massive, Daredevil, Justice League United, Empire of the Dead, Guardians of the Galaxy … so much to be excited for! And if you missed Captain Marvel #1, the reprint is out! I suggest you get it. It is definitely the droid you were looking for!!

Duffman Adventures #1, Bongo Comics. Duffman!  One-shot!  Oh yeah!  This installment of Simpsons single-issue character spotlights focuses on our favorite party-time beer mascot, Duffman. Voted in by the fans and writing/art duties by Matt Groening, how can this miss? Can’t get enough of that wonderful Duff! 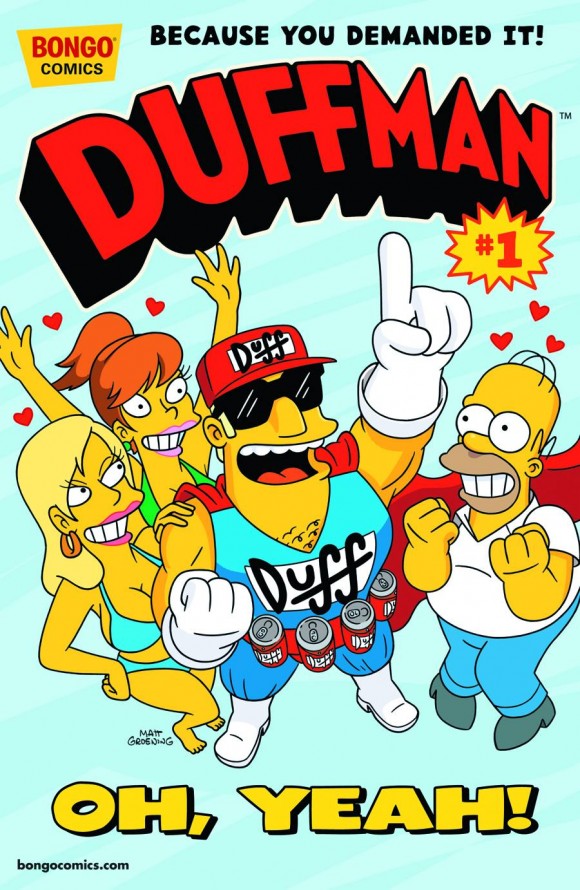 Original Sin #0, Marvel Comics. Who is the Watcher? What did he see? Who knows what he knows? Who shot him? Intrigued yet? This issue is the setup to Marvel’s biggest crossover event this summer. Nova’s going to find out the answer to these questions …  and more!

The Walking Dead #126, Image. The final chapter of “All Out War” is finally here! The first major event of The Walking Dead concludes and the cliffhanger from #125 shows that things will definitely be resolved. Whatever happens will change the book. 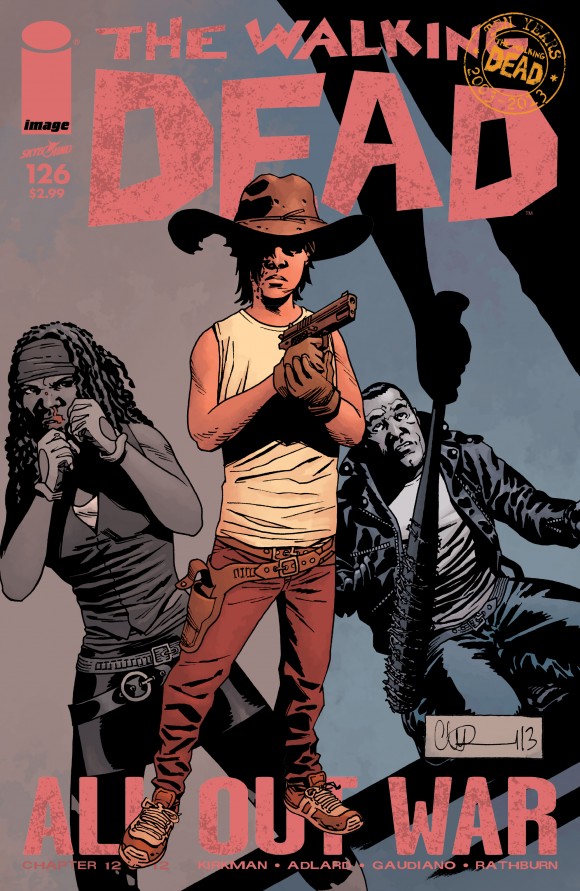 Savage Wolverine Vol. 1, Marvel. Out in Hardcover for quite some time, this wonderful stand-alone adventure tale written and drawn by Frank Cho is finally priced for the masses in a trade paperback! Humorist and artist nonpareil Cho was told he could do whatever he wanted with Logan in this out-of-continuity story and so he decided to send him to the Savage Land — Dinosaurs and Shanna The She-Devil drawn by Cho are enough of a reason to get this book but it’s also a damn good adventure story!

The Cigar That Fell in Love with a Pipe, Self-Made Hero. Orson Welles daydreams about the life and triumphs of the world’s greatest cigar-maker as he smokes one of the man’s wonderful creations, while Rita Hayworth stands by waving away the smoke and Welles’ interests. Written by David Cadmus and drawn by the always amazing Nick Abadzis, this looks like an amazing existential journey into what it means to create great art and inspire people.

A Distant Soil Vol. 2 trade paperback, Image. YEEEESSS! This gloriously and painstakingly remastered edition of Colleen Doran’s epic space opera is finally out! The complexity of the universe and the character’s relationships kicks up a notch in this second volume as Liana and her compatriots fight the Hierarchy with a little secret help from Seren, the Hierarchy’s own Avatar! Didn’t that sound intriguing? Exactly like the sort of thing you can imagine spending weeks reading? Then pick up Vol. 1  of the remastered version as well, with it’s matching die-cut cover! You won’t regret it. 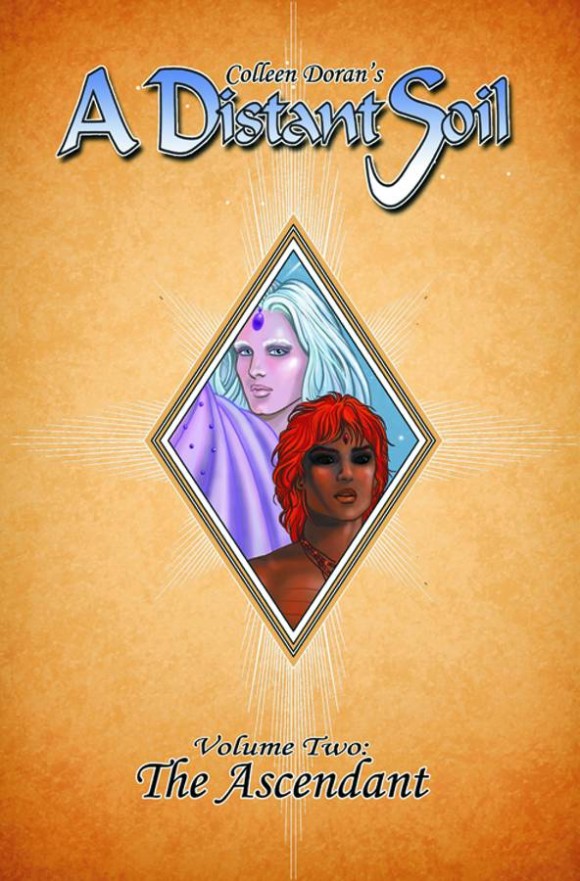 Harbinger #22, Valiant Comics. Harbinger is Valiant’s strongest title. Unlike X-O Manowar, this took no time to jump into its concept and engage the reader. It also took less than a year for readers to get to know and care for the Renegades, the main characters of the series. So it is with heavy heart, yet great anticipation, that I made this my pick of the week. This issue has been solicited as the death of one of the Renegades. Will it be the morally detestable, yet relatable, Peter Stanchek? Will it be super Joss Whedon fan, Zephyr? Former dancer Charlene who is literall, the hottest member in the group? Super crafty Kris Hathaway, who’s the glue keeping the group together? Or the vain, sensitive, shy Nascar-loving Torque? Or the new guy who was just recruited last issue, whose name I didn’t bother to remember who’s good with computers? All I know is the Harbinger Foundation will need to pay! 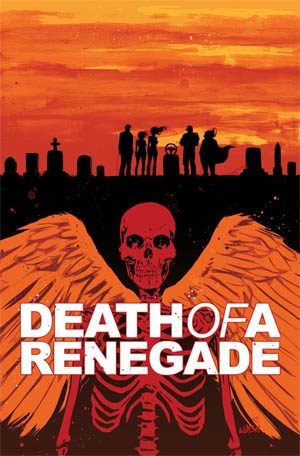 Walt Disney’s Donald Duck: Trail of the Unicorn hardcover, Fantagraphics. Nothing new to say about Carl Barks. These are some of the most enjoyable comics of last century, and all ages in the best sense.  Fantagraphics does a lovely job with recoloring — flat like the originals, but with a few mild tweaks. Restrained and classy book design. 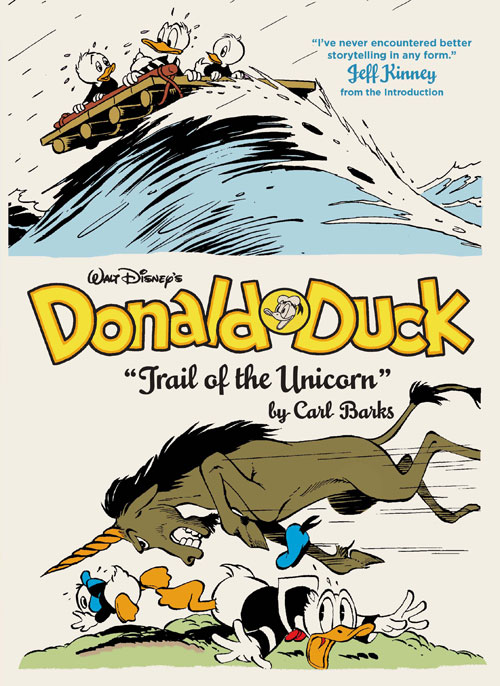 G.I. Joe: A Real American Hero #201, IDW. Larry Hama’s fun revelation last issue of the entire base below Joe HQ plays out here as Original Joe (with lifelike hair) Joe Colton leads the team on a hunt for Cobra.  SL Gallant has now drawn a longer run on this book than any artist at Marvel in the ’80s or ’90s.

Duffman Adventures #1, Bongo. These character-specific one-shots have been a hit — I wish we could re-order Maggie! I’m intrigued and puzzled by an entire comic about such a one-note character, but if anyone can pull it off, it’s Bongo and the Simpsons universe.