Aw Yeah Comics! Action Cat #1, Dark Horse. Anything Art Baltazar and Franco do, I’m in for. Fun, joyful comics for all ages, and I mean all ages, grown-ups included. 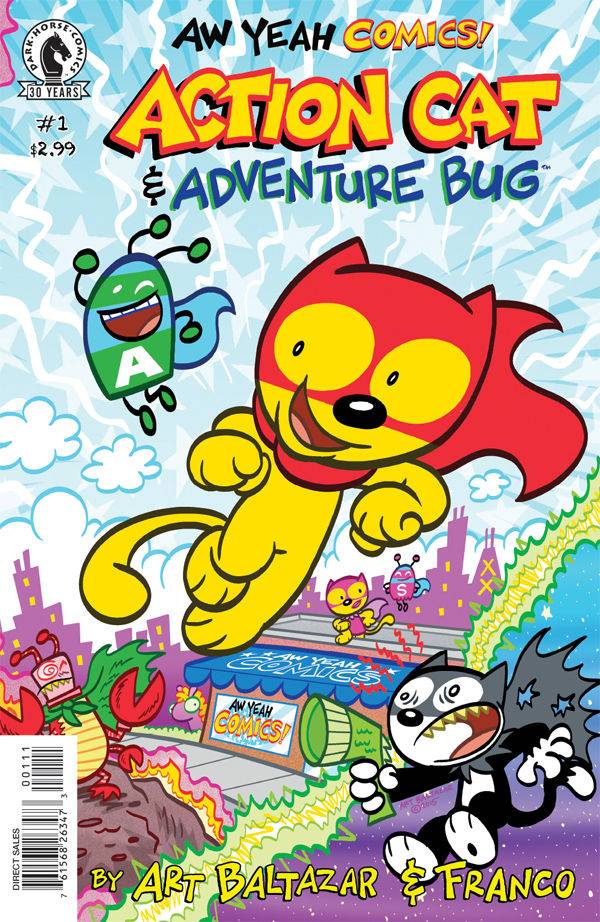 Batman/Superman Silver Age Omnibus Vol. 1, DC. Hundreds of pages of the Man of Steel and the Caped Crusader acting like the friends they’re supposed to be, instead of beating each other up in poorly edited murky fight scenes? Sign me up. 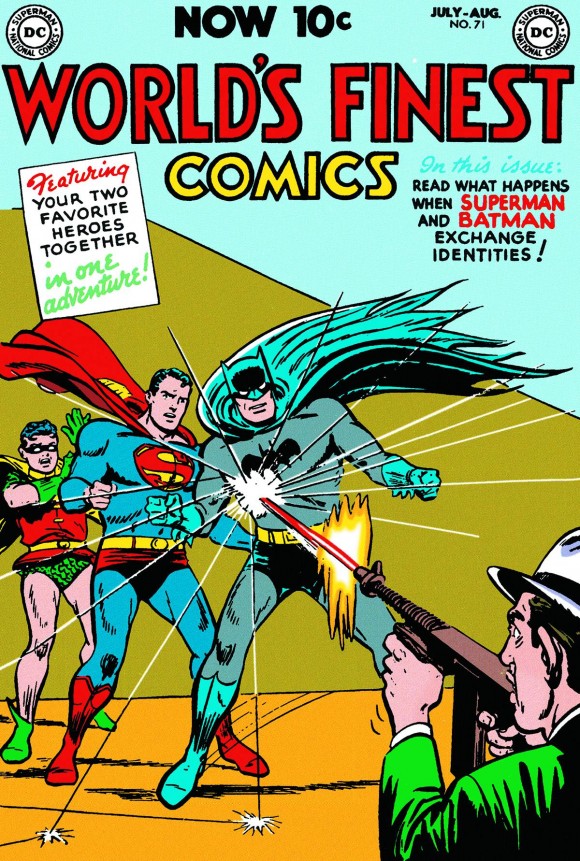 Green Arrow and Black Canary Statue, DC Collectibles. Based on Cliff Chiang’s artwork. Beautiful. I’m getting one for my house. 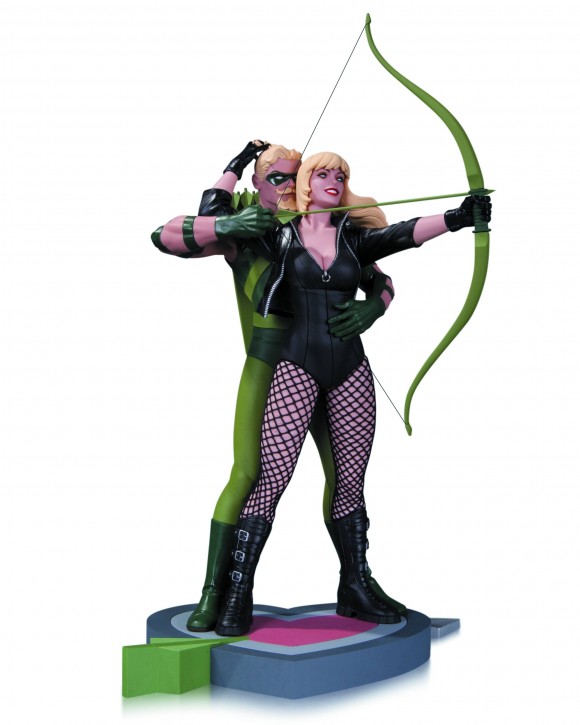 Nicholas Meyer’s Seven-Per-Cent Solution TPB, IDW Publishing. Time for this week’s Self-Promotion Corner: Here’s my newest book, adapting the great Nicholas Meyer’s first novel, which teams up the legendary Sherlock Holmes with the father of psychoanalysis, Sigmund Freud. My own humble efforts as scripter aside, this book is absolutely worth checking out both for Mr. Meyer’s fantastic story and for the astounding artwork of newcomer Ron Joseph, whom I hope to be working with again sometime soon. (That’s a Kelley Jones cover there, too.) 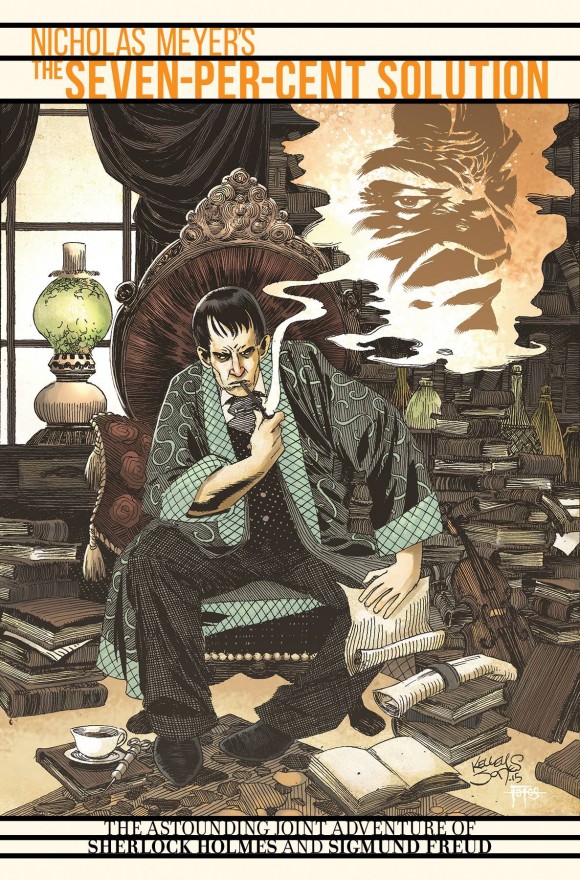 X-Files: Deviations, IDW Publishing. This “What If?” tale about a world where Mulder was the one kidnapped by aliens, with his sister Samantha taking his place as the one searching for the Truth Out There, will be worth buying just for the artwork by my longtime partner-in-crime Elena Casagrande. Check it out, won’t you? 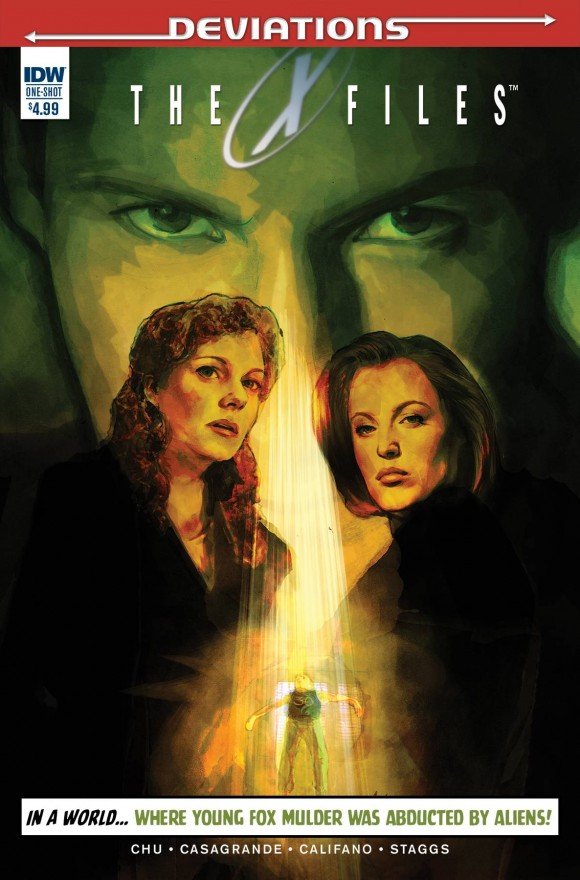 Mockingbird #1, Marvel. I’ve never read anything by Chelsea Cain, but I’ve loved the Mockingbird character since I first encountered her in the pages of Mark Gruenwald’s Hawkeye miniseries, so I’m in, at least for Issue #1. 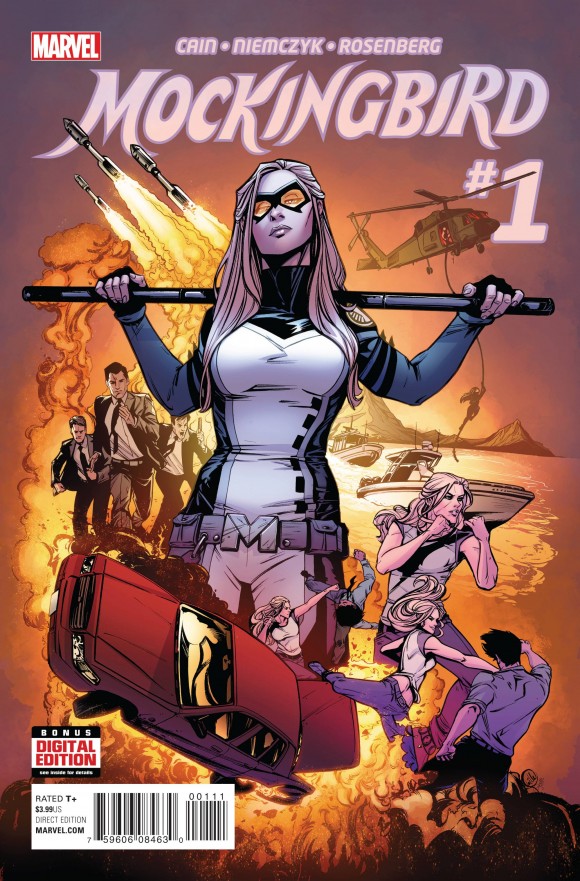 All-New Wolverine #6, Marvel. This is a really, really good comic book, one of my favorite of the All-New All-Different revamp. Tom Taylor is giving us a tight tale that’s equal parts adventure, travelogue and character study. And it’s structured just how I like my comics: Each issue is a single adventure in service to a larger whole. I really dig David Lopez and David Navarrot’s art: The four clones at the center of the story are the same but different — a kind of pen-and-ink Orphan Black. (Click here for a preview.) 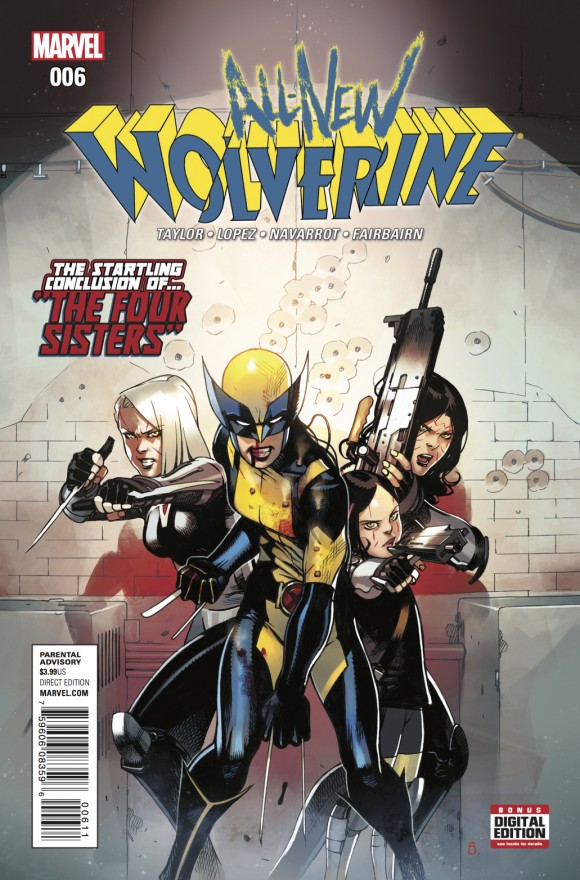 Starfire #10, DC Comics. I’ve enjoyed this little comic by Palmiotti, Conner and co., which will be ending with Issue #12. The stakes are low, the scenery pretty and the company charming. Sort of like a trip to the Keys, I suppose. The final arc begins, with Kori visiting Atlee’s (nee Terra’s) subterranean world. 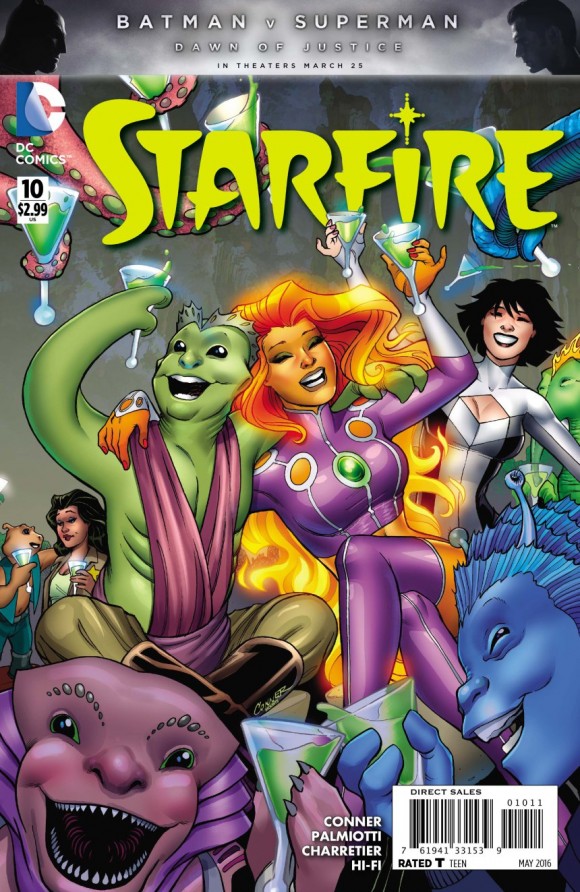 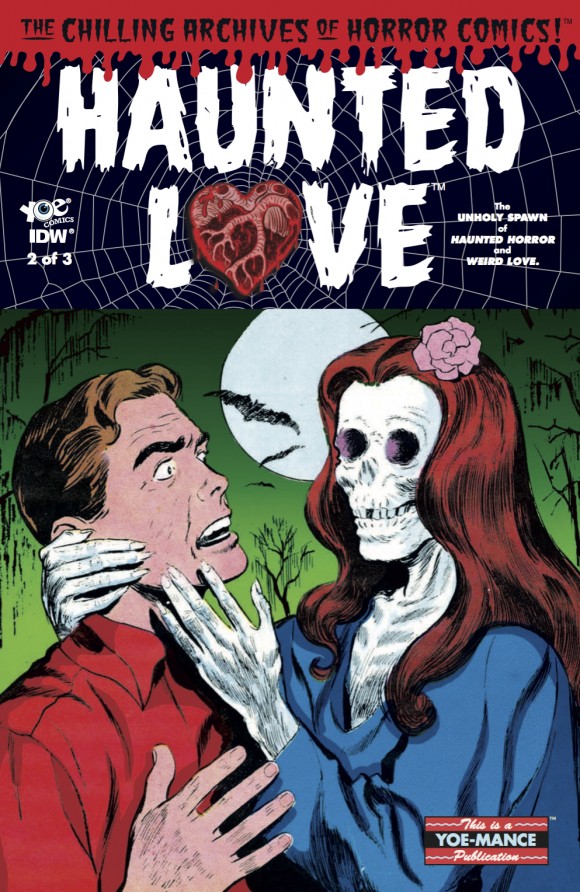 Star Trek #55, IDW. Everyone’s favorite Vulcan gets the Spocklight (sorry) in this story set in the new-movie universe. Going back 50 years, Trek comics have been a mixed bag but IDW’s output is consistently solid and any time they focus on old-school TOS characters, I’m interested. Dig that cover by Tony Shasteen! 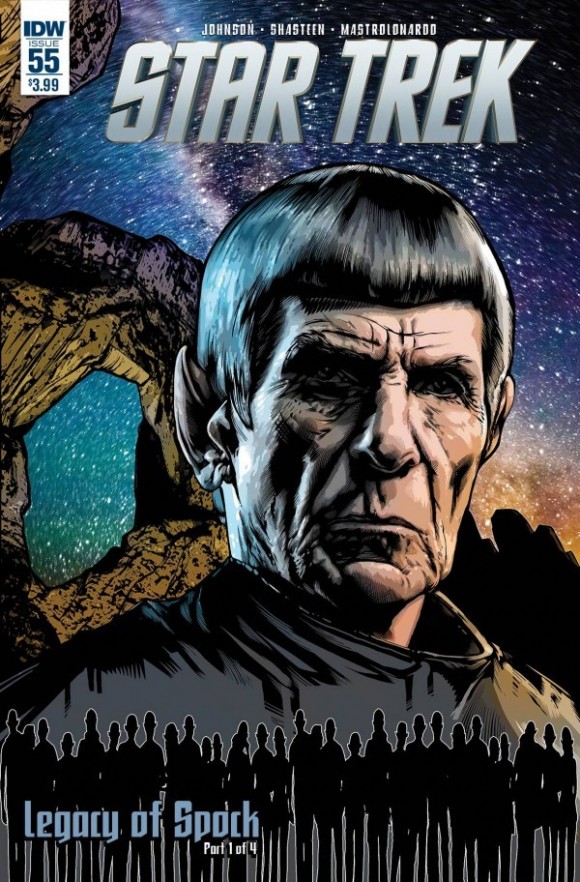 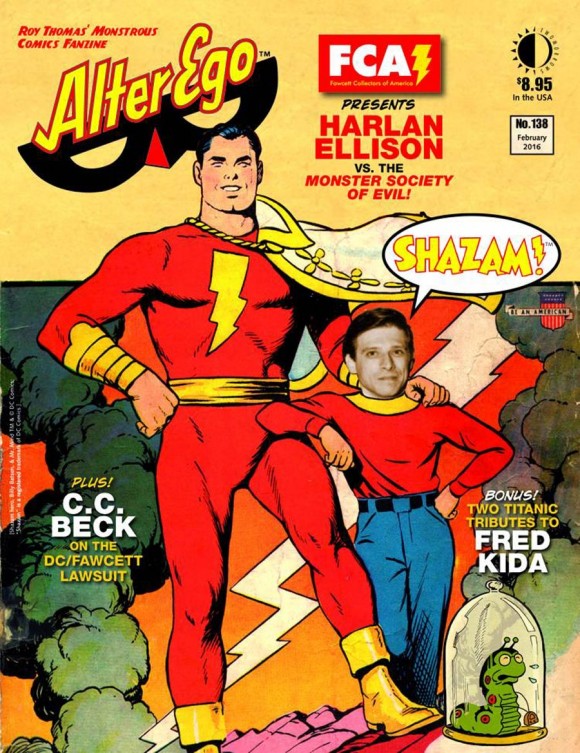 Back Issue #87, TwoMorrows. The new issue of Michael Eury’s comics-history mag focuses on the Batman AND Superman pairing (with a little conflict thrown in). (Click here for a preview.) 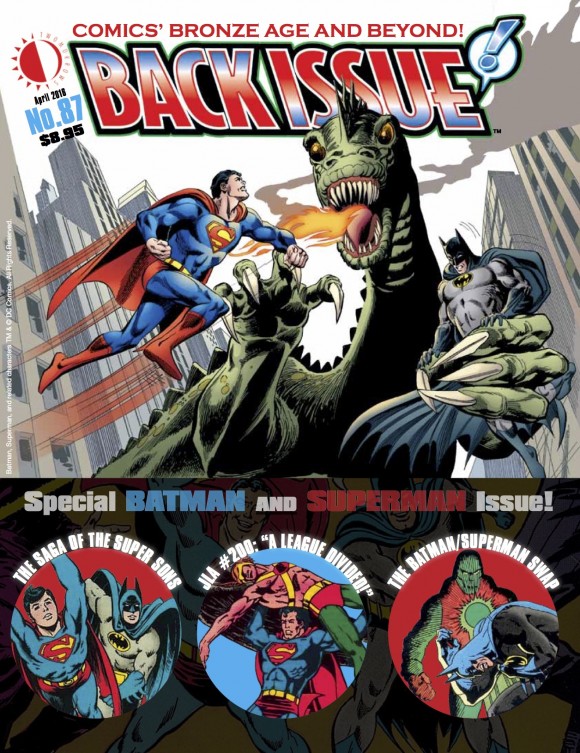