Not a single repeat (technically) — which means the selection is wiiiiiide. Shazam! Pisces! Batman! A Marvel coloring book!

Convergence: Shazam!, DC Comics. Any opportunity for a Marvel Family story drawn by Evan “Doc” Shaner is a welcome one. 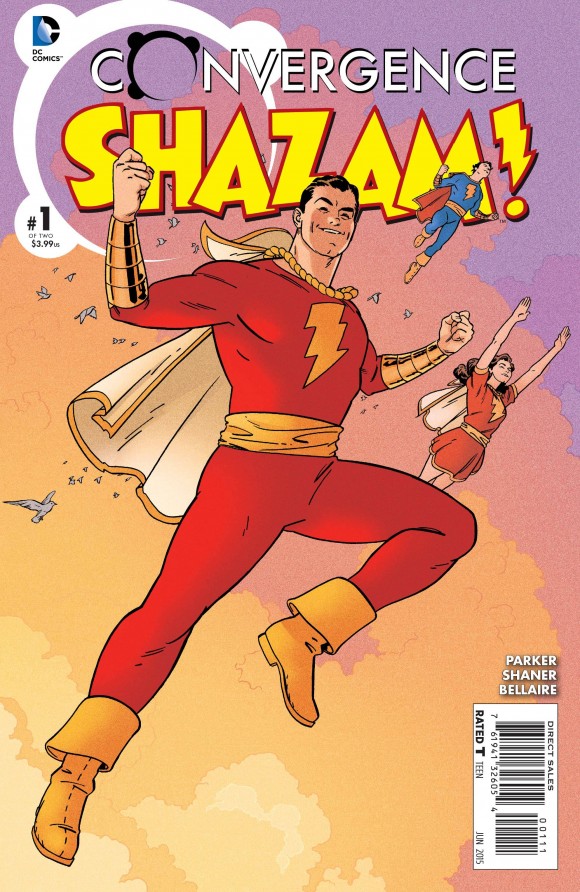 Jem & the Holograms #2, IDW Publishing. The first issue was really well received, which I was happy to see. This is a great comic.

Marvel Super Heroes Secret Wars Coloring Activity Book, Marvel. What can I say? I’m a sucker for nostalgia. Look at that Tower of Doom on the cover! 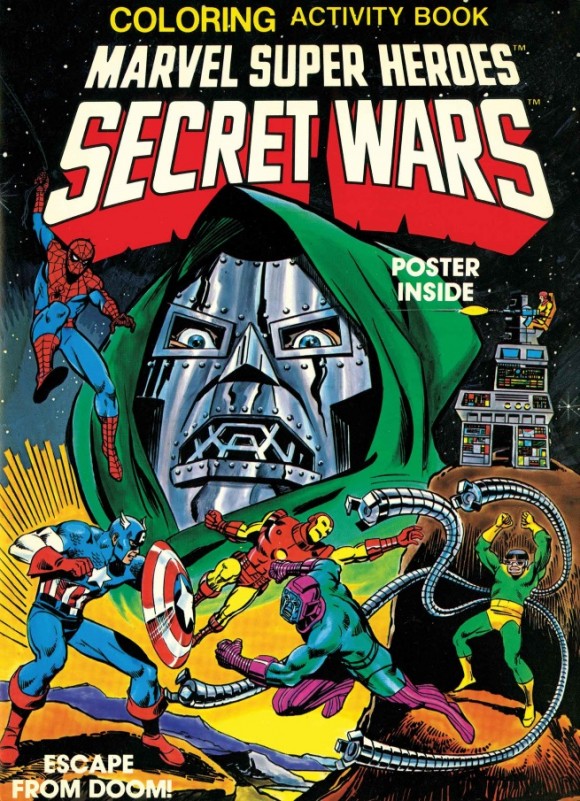 King: Jungle Jim #3, Dynamite. Probably the best of the King reboots (Prince Valiant is pretty damn good too) but when you have an oft-drunken blue chick paired with the randy king of the jungle, you kind of can’t miss. Bonus is the rhino-man whose boyfriend is a hawk-man that can kick everyone’s ass in the room. 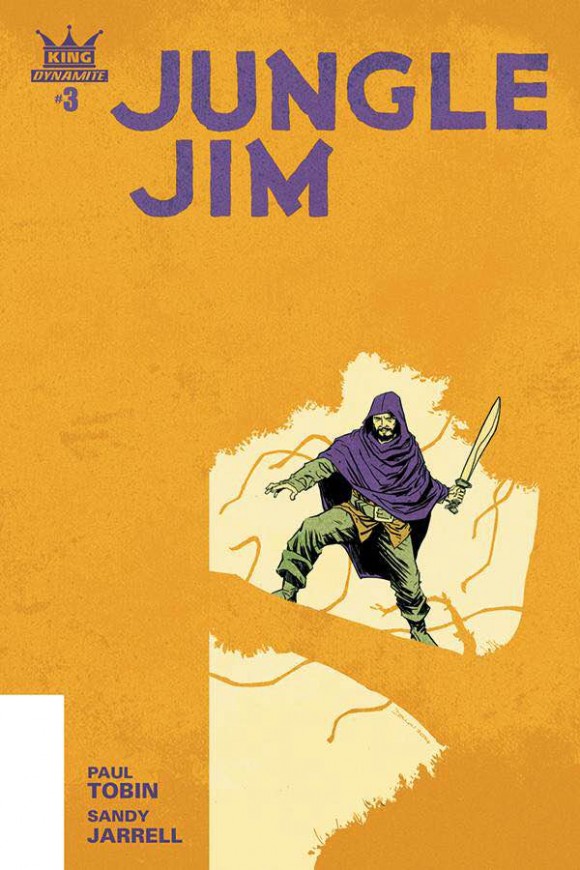 Bitch Planet #4, Image. It’s freakin’ Bitch Planet by freakin’ Kelly Sue. Make sure this is on your list with Saga and Rat Queens.

Fables Vol. 21 TPB, Vertigo. Craving some Fables? Collecting issues 141-149, this is the penultimate trade before the end. And get ready for Issue #150, because it’s literally trade number 22! You’ll have to wait until July, so sit back and sink your teeth into this to tide you over. 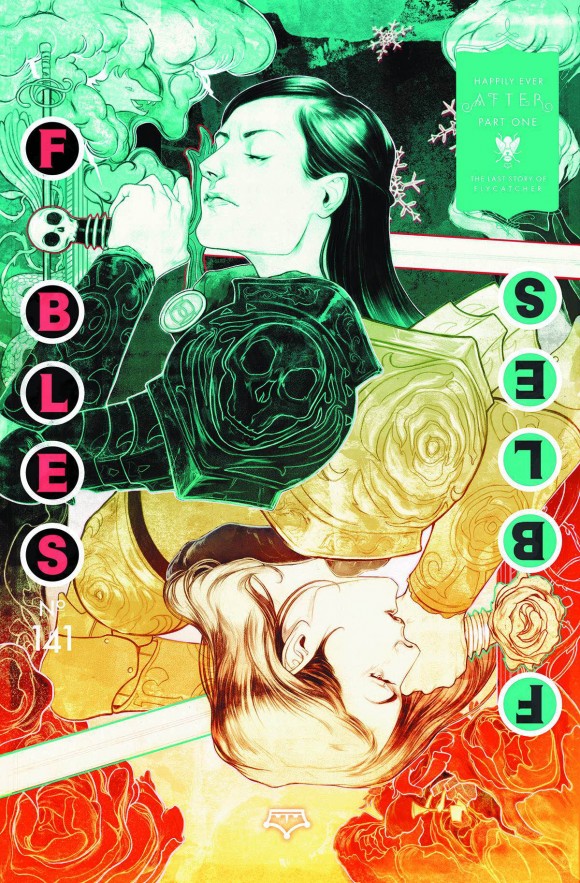 Men’s Feelings #1, Alternative Comics. Really looking forward to the newly re-energized Alternative Comics‘ output, and Hub Comics has wanted to move more into arty or indy single issues that have more shelf life than Marvel and DC singles, that way we can still sell Optic Nerve #12 and #13. Ted May‘s Injury was great, so I’m glad to see him out with new work. 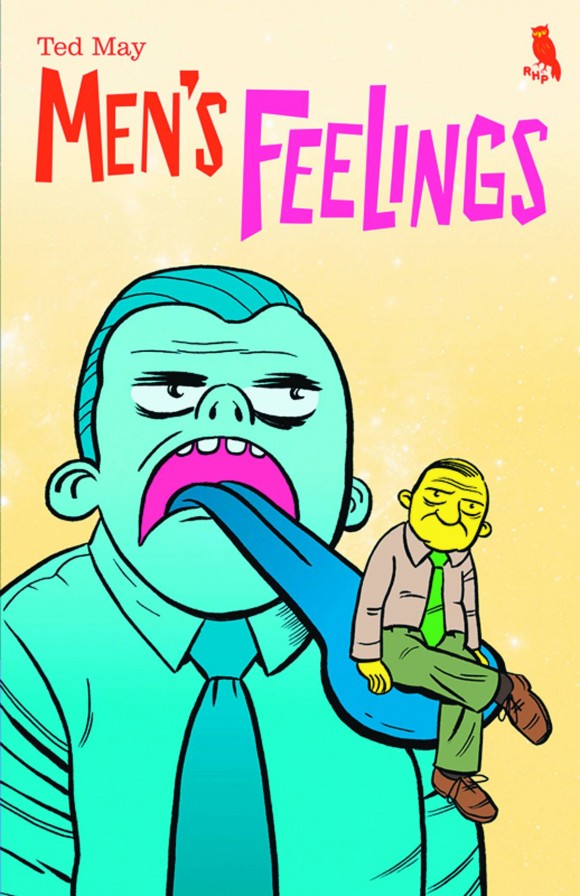 Pisces #1, Image Comics. NASA! Sci-fi horror! The writer of Rat Queens! The artist of Sheltered! Hopefully the colorist of Sheltered, too. I liked those colors. 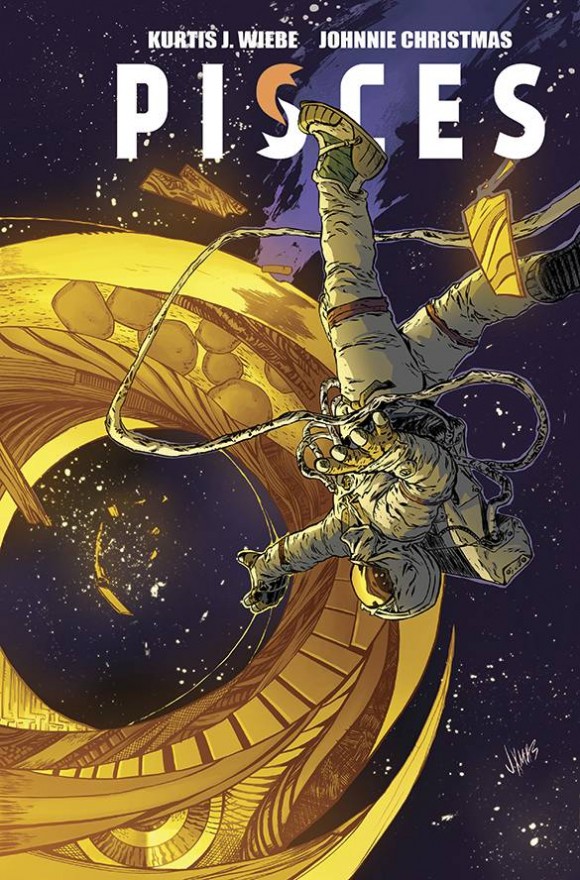 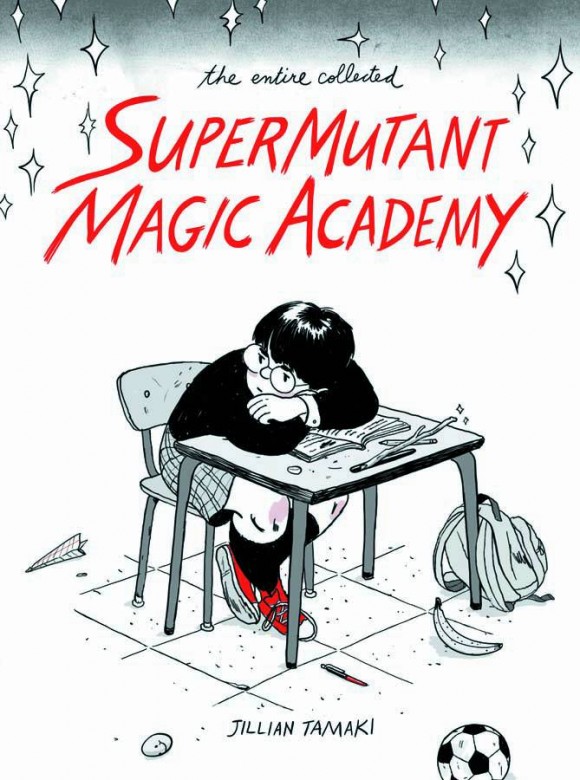 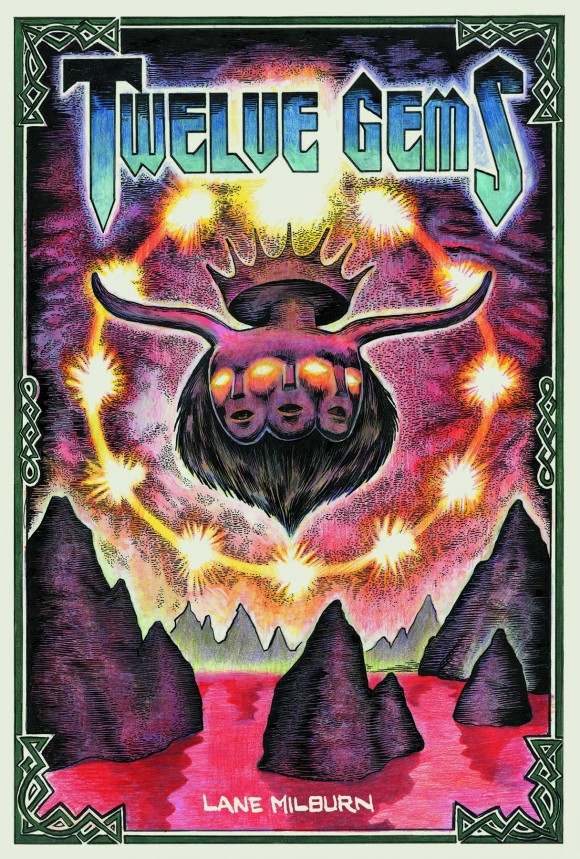 GYO 2 in 1 Deluxe Edition TPB, Viz Media. There are many differences between American and Japanese comics. In the case of horror, though. Japan has us beat. GYO starts off from the premise of sea animals becoming insect-like and invading land. No one can explain. No one understands it, and the smell is awful! I find that most American horror relies on the jump scare, an unanticipated shocking image, in the middle of an otherwise calm scene. In the theater it’s very effective, since you’re surrounded by it. In a comic it’s very difficult to pull off, since a person is in control of the book in their hand and can simply turn the page. What I find manga does, particularly this master, Junji Ito, is use haunting imagery. The dark, deep-set eyes and the heavy inks in his pages all contribute to the unsettling feeling you get as you witness waves of minnows and carp crawl out of the water, onto shores, eating and stabbing anything in their way. Fish scurry like cockroaches, killer whales trample over cars. As ridiculous as it may sound, try to flip through the book and not be disturbed.

Batman #40, DC Comics. The only book that has been delayed without any angry shoppers demanding to know why. The reason is that everyone knows how good this is going to be. Wrapping up the Endgame storyline, which has already hinted that it may change the Joker and Batman dynamic forever. It’s even a little bit bigger than the average issue to make up for that delay. After you read it, come have Scott Snyder write his name all over it on Thurs., April 29, starting at 6 p.m. at our Downtown store. 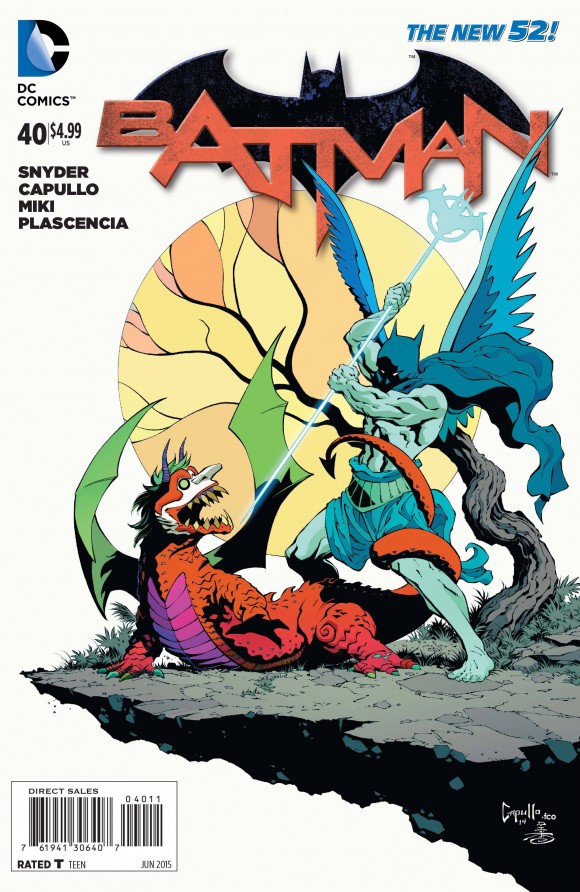 Convergence #4 and ALL the Convergence tie-ins, DC Comics. Going into DC’s big event, I was a little skeptical. After reading the first three issues and some of the tie-ins, I’m sold. The tie-ins bring back so much nostalgia for the issues that I used to read. They aren’t important to understand the overall Convergence storyline, but they do deliver characters that we haven’t seen in a long while. So seeing Jean-Paul Valley put on his Batman armor brought me back to the Knightfall era.