Multiversity: Ultra Comics — the comic you’re not supposed to read! Jem and the Holograms — the book you didn’t know you wanted to read! And Big Hard Sex Criminals!

Jem & The Holograms #1, IDW Publishing. The biggest surprise of the year for me so far. Written by Kelly Thompson, this modern take on the 1980s cartoon is smart, fun and instantly appealing, but what puts it over the top is the absolutely gorgeous art by Sophie Campbell. You can tell everyone involved loves this concept and are pouring their hearts into it, and it shows on the page. Highly recommended. 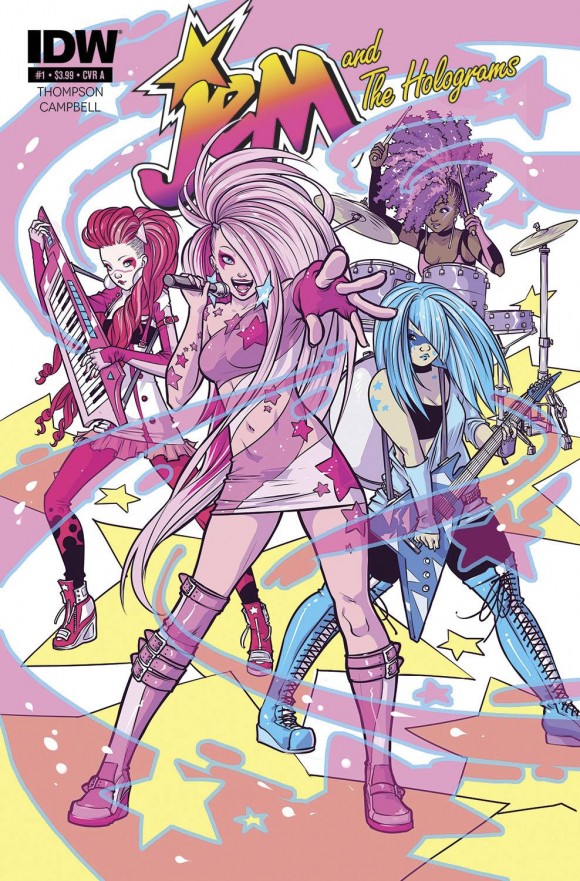 Batman ’66 Meets the Green Hornet HC, DC/Dynamite. Ralph Garman, Kevin Smith and Ty Templeton did an amazing job recapturing the magic of the original Adam West/Van Williams crossover, and now the whole series is together in a hardcover collection. This is something I know I’ll be re-reading, well worth having on the shelf.

The Multiversity: Ultra Comics #1, DC Comics. In all the hubbub over DC‘s upcoming Convergence, Grant Morrison’s masterwork The Multiversity is being overlooked a little, and that’s a shame. This week, Morrison tackles the notion of Earth-Prime, the parallel world where we the readers live. It’s Grant Morrison, so it’ll no doubt melt my brain a little. 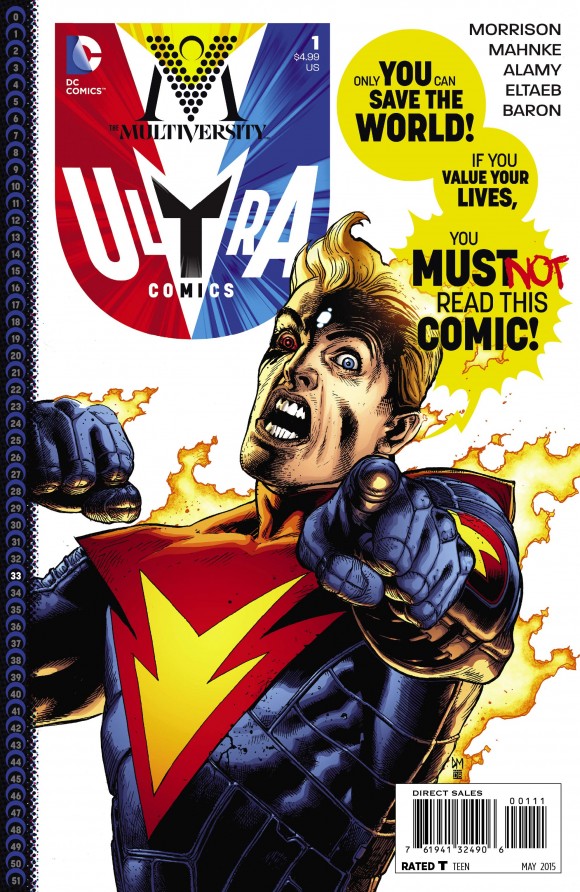 Hit: 1957 #1, Boom! Studios. Bryce Carlson and Vanesa R. Del Rey‘s first Hit series was one of my favorite comics of a couple years back, a gritty noir thriller set in ’50s Los Angeles. I’m a sucker for crime stories set in the City of Angels, and I’m hoping this one lives up to the standards set by its predecessor.

Miami Vice Remix #1, IDW Publishing. Joe Casey and Jim Mahfood are back! Crockett and Tubbs, son!  You dug that Bill & Ted reboot the other week, now hold on for some serious action! Perennial fave Mahfood brings it with his graffiti jazz style. Love these dudes! 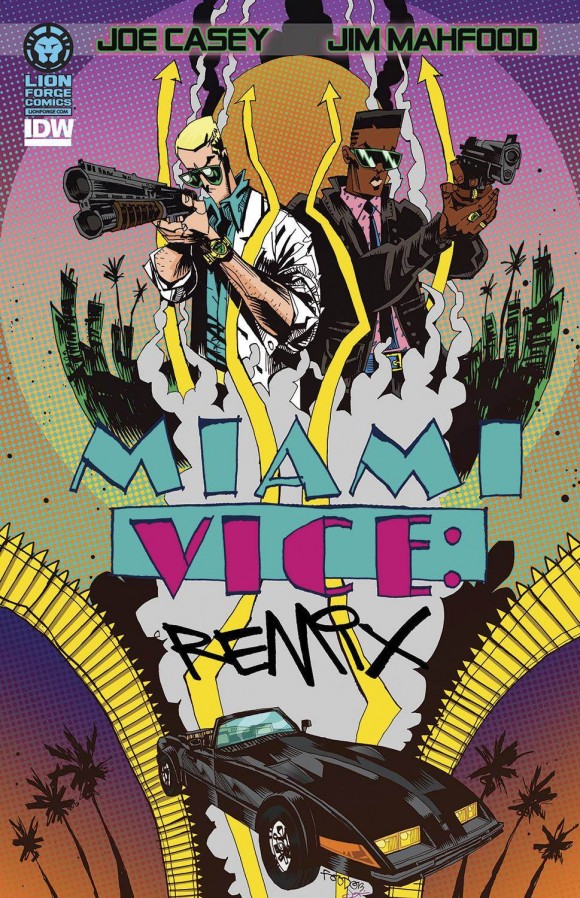 Big Hard Sex Criminals, Image Comics. Sex Crims the way you like it: big, hard, and all 10 … issues … of it! Get your mind outta the gutter! If you’re lucky it’ll have the Brimpception covers with my homegirls Juliette and Heather! Sweet!

Darth Vader #3, Marvel. I cannot get over how much I have been in love with the new Darth Vader series. Focusing on Vader gives us more of an insight into the character.  Last issue saw the Emperor attempting to keep tabs on him and he cleverly worked around it. In this issue we get introduced to Aphra, the galaxy’s best raider in lost weaponry. How cool does that sound? 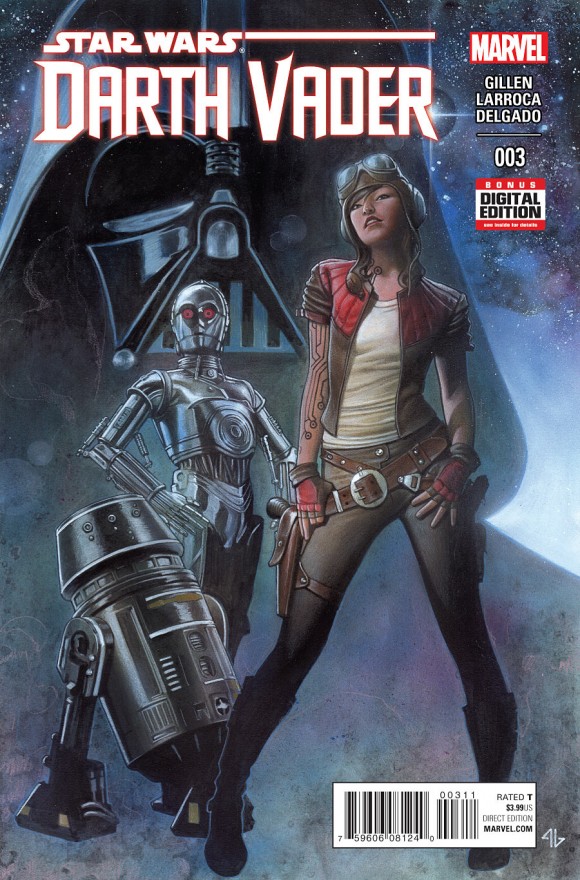 Batman Eternal #51, DC Comics. Another book that I have been praising for a year. With only two issues left, we’re getting down to the end. The main villain was revealed in the last issue and it really had me going “Huh?”  Which is exactly why I love this book so much.

The Multiversity: Ultra Comics #1, DC Comics. Finally we get to read the comic that everyone else in the previous Multiversity comics have been reading! That’s got to be the greatest advertising I’ve seen in a comic in a long while.

Jem and the Holograms #1, IDW Publishing. Sophie Campbell (formerly Ross Campbell) is such a perfect choice for this book that I actually said “Yes” aloud when I read the news. Jem does not have the same size fandom as other 1980s Hasbro brands G.I. Joe or Transformers, but there has long been a quiet hope among a small smattering of the faithful that Hasbro would bring back the brand. Iffy movie or not, now is a great time for this comic, and I bet we can sell this to both nostalgics as well as all the folks who’ve been taken by Lumberjanes and Ms. Marvel. It feels excitingly retro and very now at the same time.

She-Hulk Vol. 2: Disorderly Conduct, Marvel Comics. When I heard this series was canceled, I was sad. But with Secret Wars, I guess everything is canceled? Except Spider-Gwen? I dunno. But it’s kind of a miracle this book even happened — written by a lawyer, drawn by the wonderful Javier Pulido, the best version of She-Hulk we’ve ever seen. 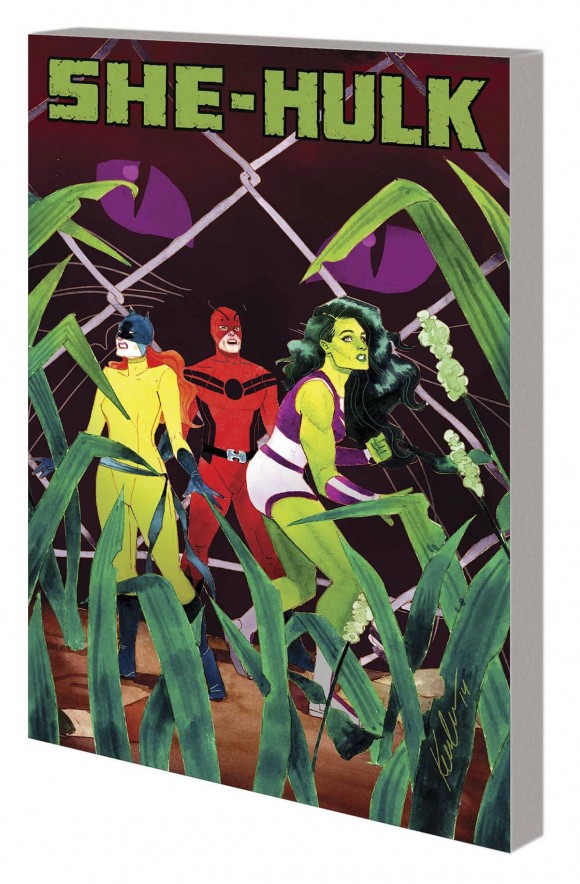 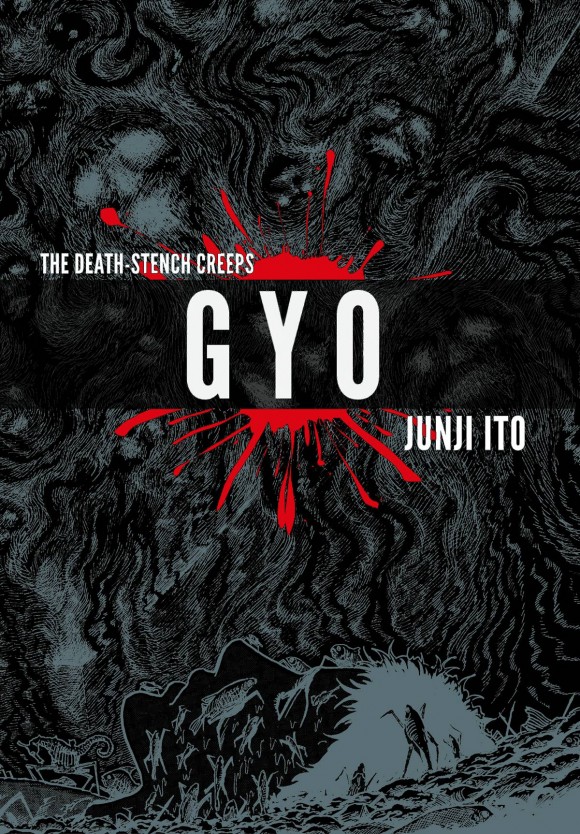 The Multiversity: Ultra Comics #1, DC Comics. From the kid-friendly world of Captain Marvel to the politically charged world of Peacemaker and Captain Atom, we have taken a tour through the DC Multiverse in this miniseries. Now we are approaching Earth-33 in the comic featured in every issue of Multiversity. In every world, we’ve seen a superhero pick up Ultra Comics #1 and it spells disaster. Why is that? And will it happen to our Earth, as well — if we read it. I urge you fans, follow the instructions on the cover and do not pick up the book! “You must NOT read this comic!” I, Dimitrios, personally have too much to live for, to want to end this world. So my pick of the week is a book I don’t want you to pick up! Don’t end our world, please. And I’m not using Bizarro speak or reverse psychology. Don’t do it! Pick up earlier issues of Multiversity instead to see that I’m right!