The Multiversity Guidebook gets a lot of attention, natch. But a really wide array of choices this week, including Gilbert Hernandez!

Uncanny Avengers #1, Marvel. Rick Remender’s Avengers team gets a re-launch following the events of Axis. This has been the Avengers title I recommend to folks who want a standalone, accessible Avengers comic, and I’m excited to see where it’s going.

Multiversity Guidebook #1, DC Comics. Morrison’s Multiversity project has been a delightful surprise. Every issue has been more inspired and unexpected than the last. 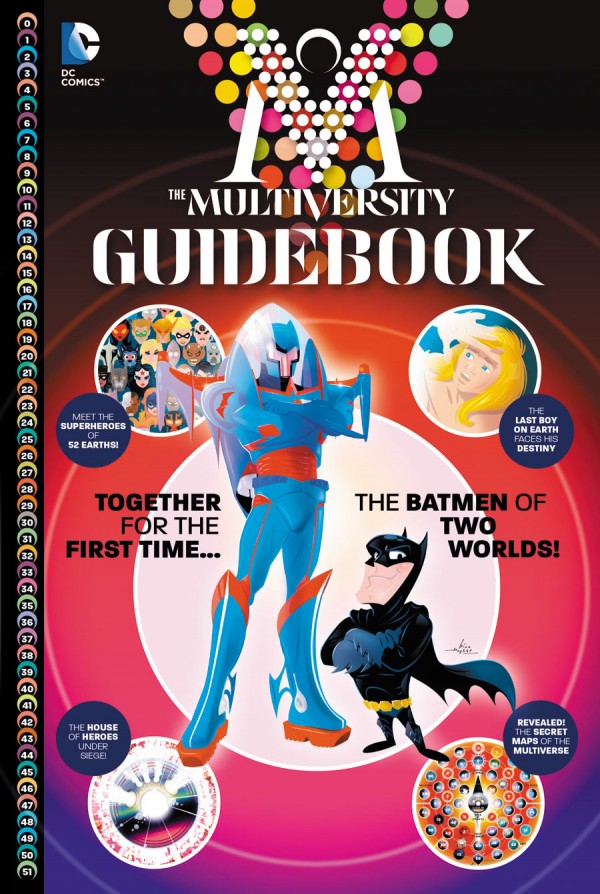 Powerpuff Girls Super Smash-Up #1, IDW Publishing. IDW follows up their Cartoon Network crossover event with a monthly team-up book featuring the heroes of Townsville meeting up with a different CN character every issue. Smart, funny and so faithful to the cartoons. Great stuff.

Bitch Planet #2, Image. Have you read this thing yet?  It’s OK, a second print of #1 is coming out next week. In the interim, PICK UP #2 AND HOLD ONTO IT FOR DEAR LIFE! Why? Take Orange Is the New Black, put it on the detention center from Guardians of the Galaxy, and have Quentin Tarantino write it. Yes, it’s that good.  I’m giving you zero spoilers for this issue. Just pick it up.

Thor #4, Marvel. May the Thor #4 be with you! Rhyming, hooray! So Classic Thor is back with his stump to take back his hammer from New & Improved Thor. I wanna see that matchup on that Marvel vidya game the kids keep telling me about. FIGHT! 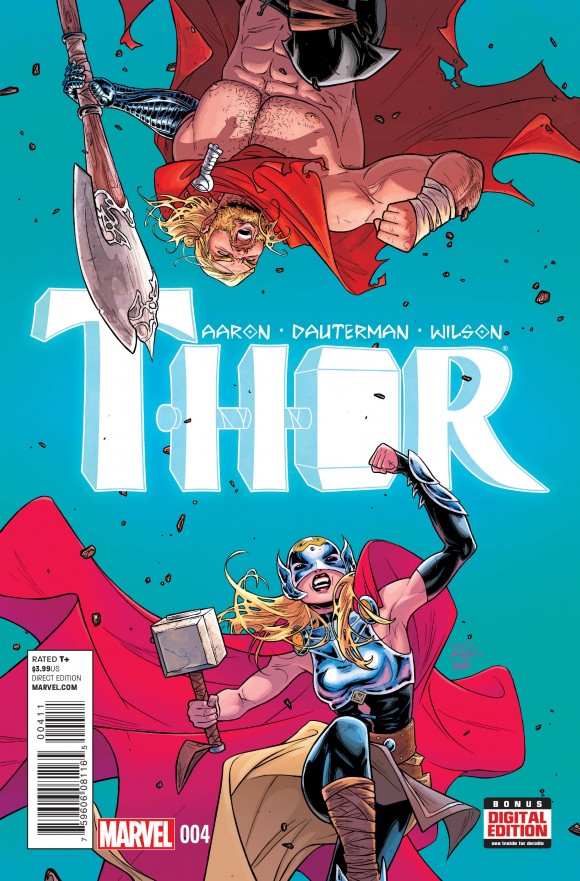 Multiversity Guidebook #1, DC. If you’re like me and sometimes scratch your head reading some of Grant Morrison’s Multiversity titles lately, don’t worry because Grant has you covered this week. He releases an 80-page guidebook that should clear up who is who and other oddities in his book.  Pick it up for reference and a look into Grant’s mind!

Criminal Vol 1.: Coward TP,  Image. This book (along with Ed Brubaker’s Sleeper) changed the way I see and read comic books. Set in the real world, with real characters Criminal is the greatest crime movie never put on the screen. It’s been released before by Marvel, but in case you missed it, grab this and the other volumes coming out for stuff beyond Fade Out, Fatale and Velvet. 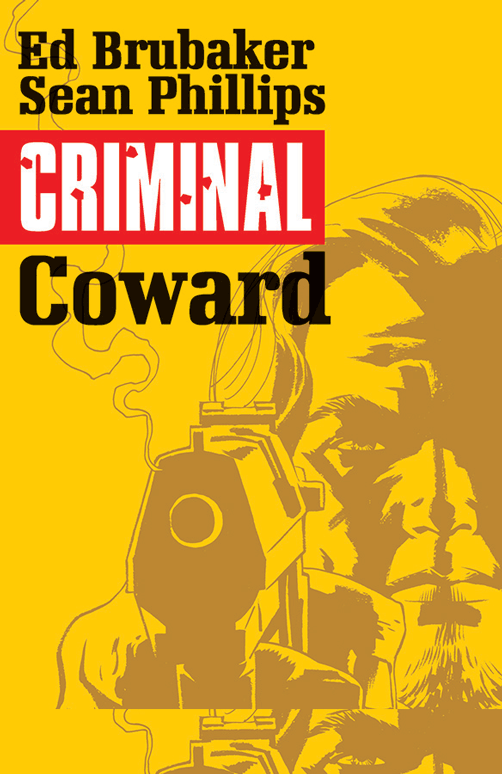 Love & Rockets Library (Gilbert Vol. 5): Ofelia, Fantagraphics. Gilbert Hernandez’s L&R work doesn’t sell as much as brother Jaime‘s, but any new L&R book, particularly in this color-coded, easy-to-follow series, is cause for celebration. This isn’t the place to start, if you’re so inspired — buy the white one with red, or the white one with blue. But this is a big deal. 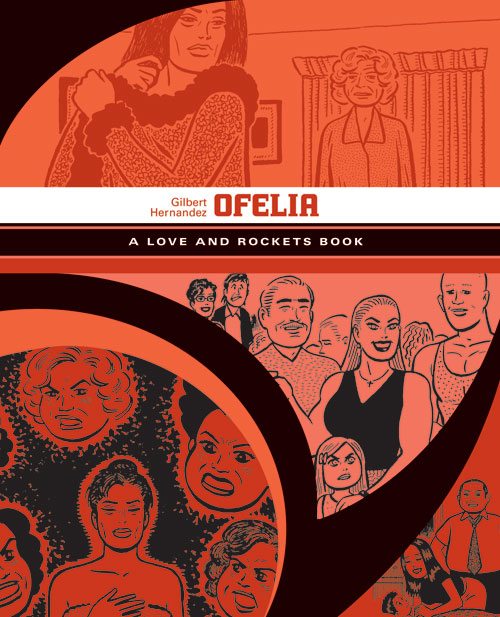 Criminal Vol. 1: Coward TP, Image Comics. Out of print for six months, new publisher, new trade dress. You know Brubaker’s writing the screenplay for this? Development Hell could swallow it up, of course, but we’re still hopeful. A heist goes wrong. You can read the six Criminal books out of order. They’re all great. Tell your friends.

Outcast by Kirkman & Azaceta Vol. 1, Image Comics. I read the issues. They’re good. The series doesn’t sell like crazy, which puzzles me. Kirkman‘s Walking Dead magic touch does not extend to anything else at Hub Comics. Invincible collections sell OK, the Destroyer collection sat on manager Jesse’s Recommended Shelf, ignored, for weeks. We even had a big $100 set of Kirkman odds and ends (FF: Foes, Dragon’s Lair, Battle Pope) slashed to pennies and it didn’t sell. But the Skybound e-mails keep saying there’s an Outcast TV show, so I’m hopeful, and it’s 10 bucks, so, c’mon, people.