Wide range, from the outlandish (Groo! Galaxy Quest!) to the heartfelt (March, Book Two), there’s a broad range of choices this week.

Groo: Friends and Foes #1, Dark Horse. Sergio promised us more Groo, and more Groo we shall have! And not just a four-issue mini… An entire year’s worth! Groo and Rufferto are reunited in this issue with their old “pal” Captain Ahax — the poor bastard who’s had more ships sunk by Groo than….  Ummm….  Well, there’s really no comparison to that number. Anyway, barbarian funny books!  Pick it up!

The Valiant #2, Valiant. Valiant has really come back with its reboot the past couple of years, and no series has brought the hammer down quite like The Valiant. Don’t believe me? OK. Jeff Lemire, Matt Kindt and Paolo Rivera. On the same book. Damn right I just got your interest. The Immortal Enemy has resurfaced, and it’s up to everyone in the Valiant-verse to work together to save this generation’s geomancer from that evil mofo. 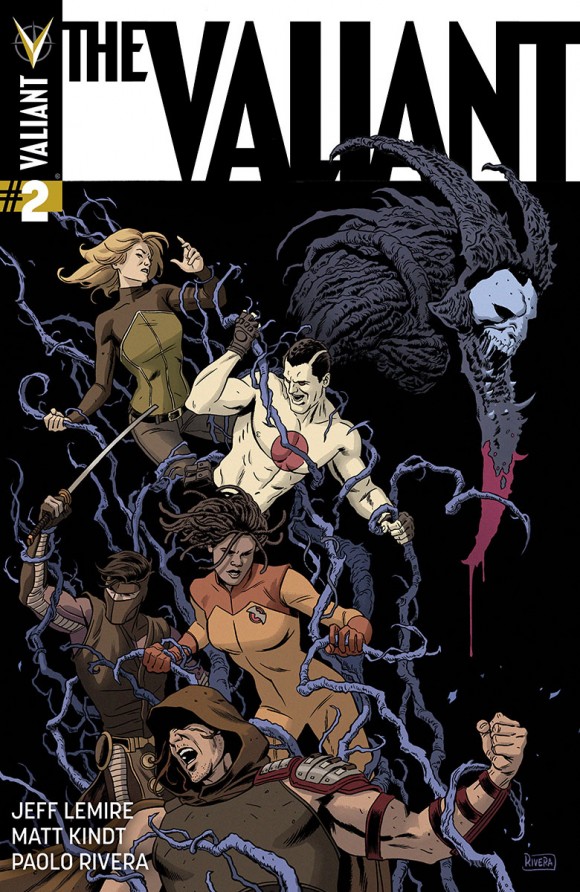 DC Comics Supervillains Deathstroke Bust, DC Collectibles. Designed by Jim Lee, this sharp-shooting merc is one badass bust. Maybe it’s me, but there’s just something about battle-damaged orange metal that gets my trigger finger itching.

March, Book Two, Top Shelf. Rep. John Lewis‘ autobiography continues. Book 1 had a lot of press on TV and in print, so I’m excited to see where this goes critically. We sold many, and my Sunday/Tuesday guy Jack loved it, and had his middle school students read it. 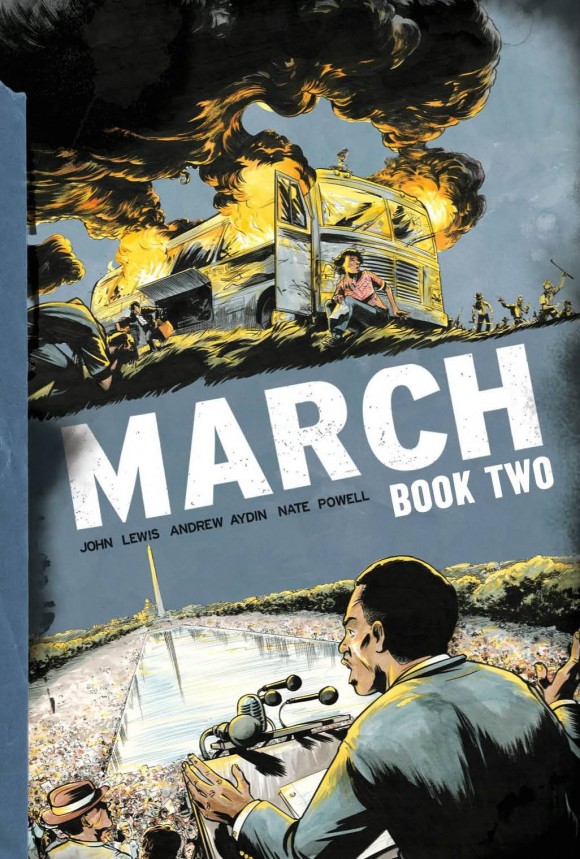 Beware The Batman Vol. 1 TP, DC Comics. You’re probably thinking “What? That comic that only lasted 6 issues based on that cartoon that didn’t last 6 months?” But kids love Batman, and always want to buy single issues of Batman comics. The six monthly issues of Beware The Batman still sell off our all-ages spinner rack. Kids don’t care that there’s no cartoon, or that it’s based on a Batman cartoon. They just want Batman comics. Hey, DC, please keep making all-ages single-issue Batman comics.

G.I. Joe: Snake-Eyes – Agent of Cobra #1 (of 5), IDW Publishing. It’s a bummer that I can’t get more people into G.I. Joe. I’m really invested. I mean, I’m writing a book. So trust me when I say that putting Mike Costa, who wrote the best PG-13 G.I. Joe stories ever (the Chuckles/Chameleon “Cobra” mega-arc) onto a “regular” Joe book — a Snake-Eyes miniseries — will result in a good story. Artist Paolo Villanelli appears relatively new to comics, but I’m convinced by some try-out stuff for a variety of publishers on his blog, and that’s a nice cover to issue #1. 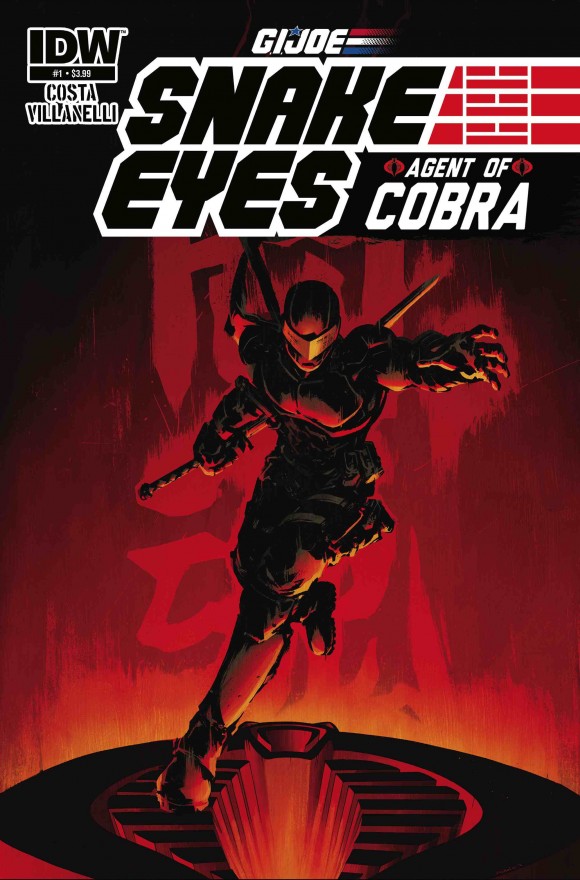 Galaxy Quest: The Journey Continues, IDW. The movie still holds up to this day. Looks like the gang is once again headed away from the convention scene and on their way back to space. This may be the closest thing we get to an actual sequel for the time being, so show your support and pick it up. You never know… It may get made! 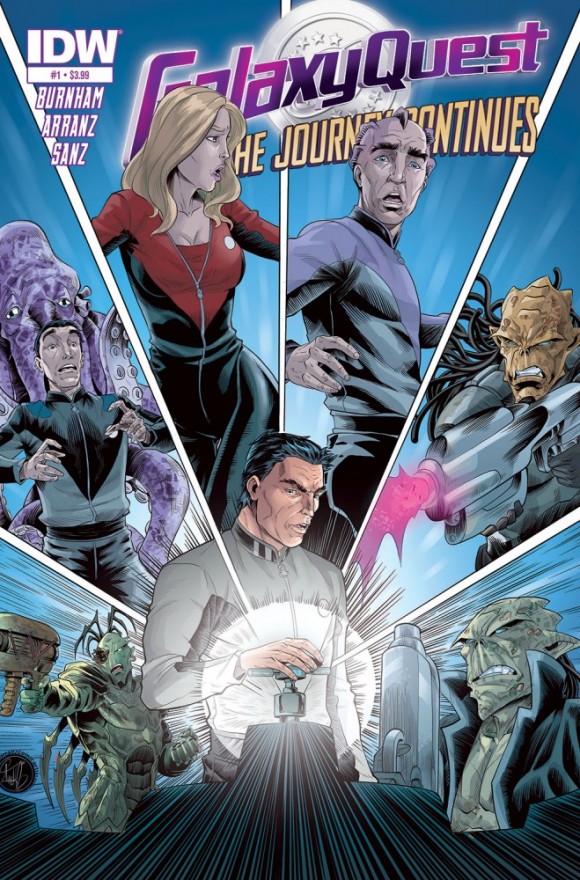 If I remember last year, January was a SLOW month for comics… WHAT IS GOING ON?! We’ve got the second The Spirit Artist’s Edition, natch. Plus Groo is back, Galaxy Quest is getting a comic, and one of the finest Judge Dredd stories of all time is getting reprinted!

Cartoon Guide to Algebra, William Morrow. Larry Gonick is the master of making complicated topics understandable and engaging through cartooning. Known for his work on “softer” sciences, the master tackles the baffling world of math. Where was this book when I was in high school?!

First Year Healthy, Drawn & Quarterly. Michael DeForge is the master of the surrealist comic fantasy. Whether it’s the art that shows the world through a fun-house kaleidoscope or the story pacing that tickles your fancy, you’re going to love this tale of life, illness, mortality and everything in between.

March, Book Two, Top Shelf. The next part of The New York Times best-selling autobiography of Rep. John Lewis and his years in the civil-rights movement. This books covers Lewis’ early involvement, from a trip with the Freedom Riders all the way up to the 1963 March on Washington. A powerful work, you can’t miss this book.