I always pick Afterlife with Archie and Velvet, both which I can’t wait to read, but I thought I would branch out a little in my picks. Also, I didn’t do the picks the week that “The Art of Ramona Fradon” came out. Please order it — it’s amazing!!

Veil #1, Dark Horse. I admit it. I will read anything Greg Rucka writes so when I heard about Veil I was ecstatic! I already anxiously await Lazarus every month, and now I have a new one to wait for. Veil is about a girl who wakes up in a railway station with no memory of how she got there. And she is really good at killing. What isn’t there to love? Plus, the art by Toni Fejzula that I saw in Previews looks amazing!

Moon Knight #1, Marvel. I have been waiting for the return of Moon Knight for quite sometime. And it’s finally here! It doesn’t hurt that Warren Ellis, one of my favorite writers, is penning it either. With Daredevil leaving New York, I think Moon Knight will be able to fill some of that void. However, if Moon Knight wanted to visit San Francisco, I’m all about a Daredevil/Moon Knight crossover. Am I right?! 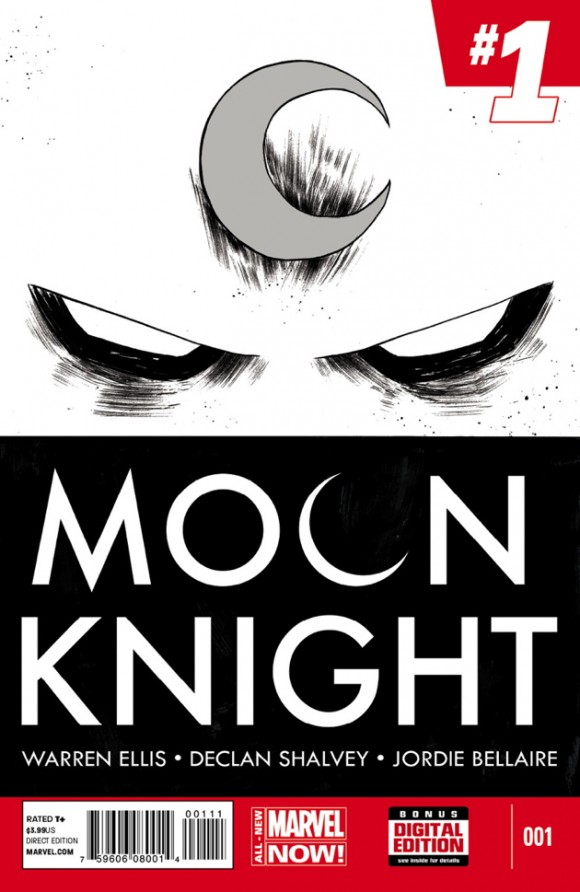 Jupiter’s Legacy #4, Image. Finally. As you have, I have been waiting for this issue to come out for what seems like forever! I mean, remember what happened at the end of #3?! I am simply dying (no pun intended) to see what happens next. And the art. OH, the art. In my book, Frank Quitely can do no wrong. If you missed the first three issues, get them in the collected edition. You won’t regret it!

Afterlife with Archie #4, Archie Comics. By Roberto Aguirre-Sacasa and Francesco Francavilla. This is a startlingly different zombie book. The only way this book could be cooler is if they crossed over with “Happy Days” and Fonzie got bit!

Forever Evil #6, DC. By Geoff Johns and David Finch. The Final Fate of Nightwing. It’s NEVER good when those words appear in relation to a comic miniseries, especially when the series isn’t quite over. Just ask Barry Allen! Hopefully, Dick Grayson’s fate isn’t quite as dire… 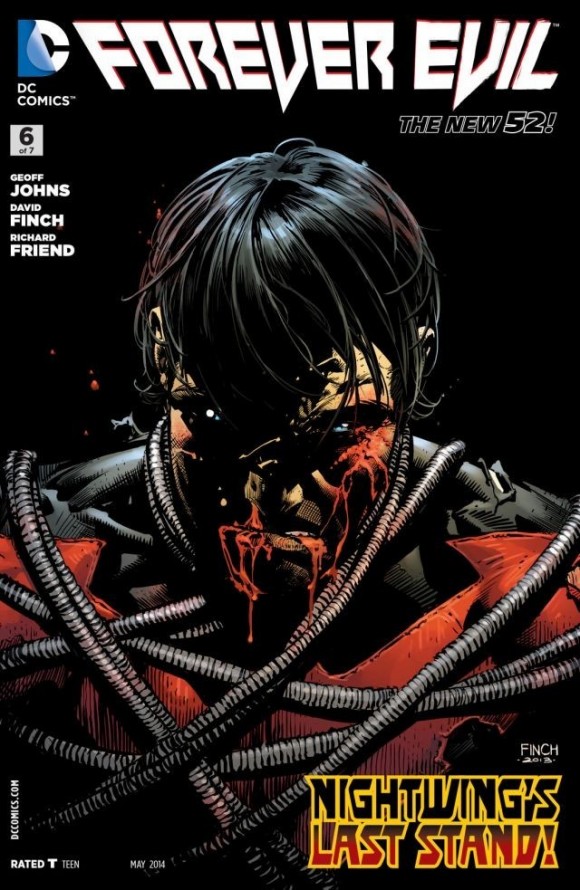 New Warriors #2, Marvel. By Christopher Yost and Ramon Perez. The New Warriors come together as a team to fight the High Evolutionary, who believes that, if it ain’t human, it’s gotta die!

Afterlife with Archie #4, Archie Comics. The stronghold of Lodge Mansion has been breached by zombies. They’re faced with the question The Clash posed us: do they stay or do they go? Meanwhile, things get real forreal quick for Archie back at his house. 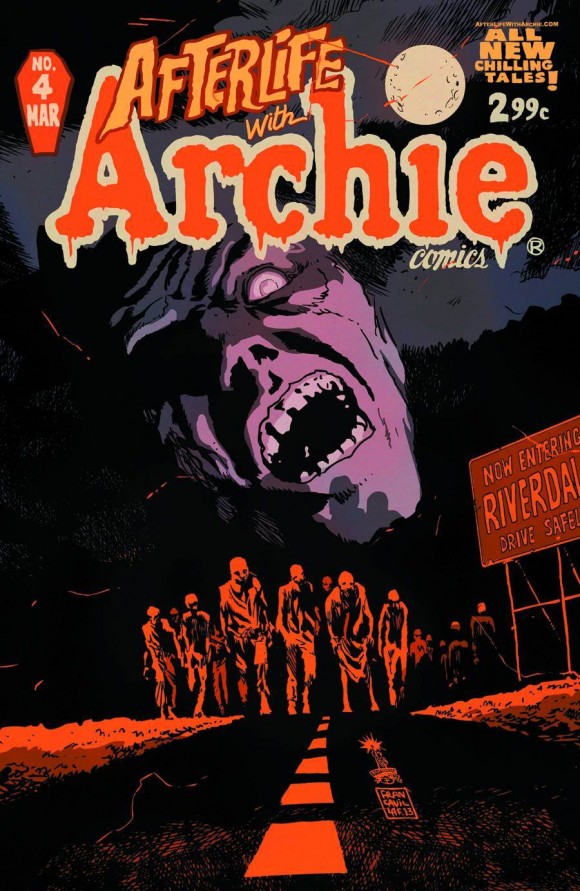 Walking Dead TV Series 5 Tyreese action figure. I love this show and the figures are so well done it’s ridiculous. Tyreese is no exception. 22 points of articulation, hammer, shotgun, and silenced handgun. Bonus: Glenn and Maggie come out in this series, so you can get them into all kinds of compromising positions. Like zombie duty or going into town for food & meds. You thought I meant something else, dintcha, ya pervs? Come on. Those figures aren’t THAT well-articulated. 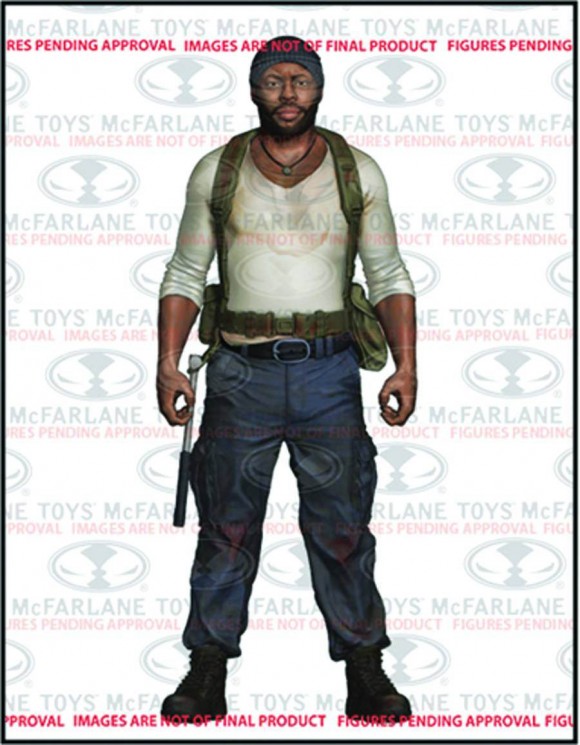 Adventure Time Bacon and Pancakes Mug, I don’t understand this show, but some things are just freakin’ cute. Bacon and pancakes! Now I just made myself hungry.  Dammit. 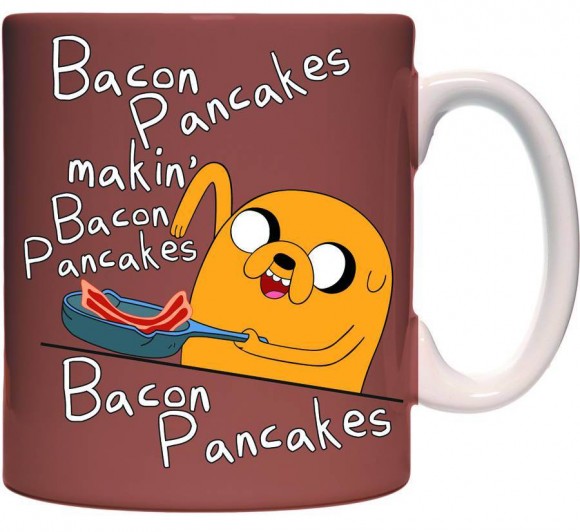 Moon Knight #1 Marvel Comics. Who the hell is not looking forward to Moon Knight by Warren Ellis? Who? Where are you? I can’t see you. You have a Batman- pastiche whose power wanes with the moon, with psychotic tendencies who has been treated poorly by every writer and artist since Bill Sienkiewicz and he’s writing Moon Knight (see what I did there?). No, seriously, this is going to be awesome. Also, Declan Shalvey

“Hawkworld,” trade paperback, DC Comics. I loved DC’s attempts to diversify their superhero genres. Sword of the Atom, for example, was a way to transform Ray Palmer into a bite-sized Conan. Here, Tim Truman emphasizes Hawkman’s Silver Age alien roots to bring a story about Katar Hol rebelling against his home world’s Manifest Destiny-like approach to other planets. Stellar stuff!

“Nijigahara Holograph,” Fantagraphics Books. This intriguing book by Inio Asano expands Fantagraphics’ foray into manga. A bizarre mystery tale featuring murder in a small town and all sorts of weirdness, this is a book considered a modern classic that’s just never been translated. Looking at the pages available on the Internet and reading the synopsis makes me think that this is a book you just don’t want to miss.

Avatar: The Last Airbender, Vol. 7, The Rift: Part One, Dark Horse Comics. The canonical adventures of Avatar Aang continue! Gene Yang and Gurihuri have been doing an amazing job putting out each of these adventures that perfectly capture and expand on the hit TV show. This time Aang is trying to “bring back” an ancient Air Nomad holiday, but the spirit of a past avatar wants a lot more than that!

“Satellite Sam,” Vol 1. Image Comics. This wonderful collaboration by Matt Fraction and the legendary Howard Chaykin was quickly eclipsed on the shelves by Fraction’s more popular Image title (you know the one) but is now coming out as a $10 trade. An atmospheric work set around a live TV station and it’s No. 1 show in the ’50s, Satellite Sam is by far Chaykin’s best recent work, keeping all the sorts of things you expect to find — black and white art, garter belts, stupefied faces and lots of tension — while benefitting from Fraction’s ear for more naturalistic dialogue and slower pacing. If you missed this book before or passed on it because of all the butts on the cover, now’s your chance to pick it up! 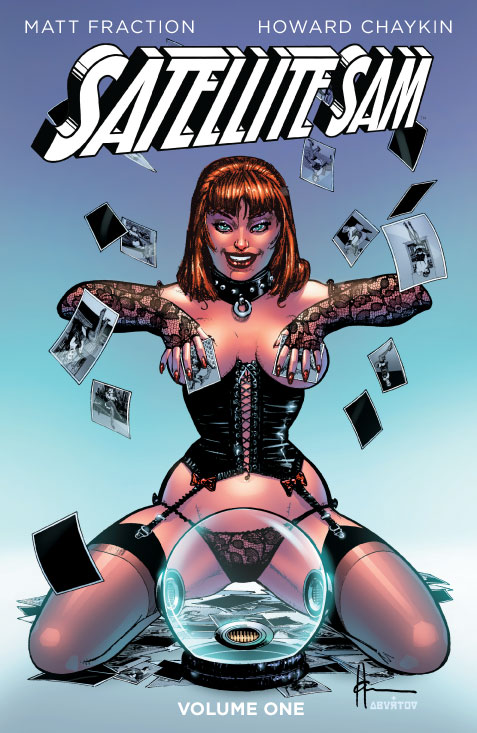 Afterlife with Archie #4, Archie Comics. I finally found a problem with this series! It was announced that Afterlife with Archie would become a regular series after the five issues it was originally slated for. In a mini series, you have an ending. That means you’re not sure what’s going to happen in every issue as it comes closer to the end. Is Archie going to make out of this nightmare unscathed? Now in a regular series you just know he’s going to squeak by. Although they could change everything and have a series with Zombie Archie wandering the earth with an undead Betty and Veronica on his arm. I would read that for sure.

Veil #1, Dark Horse. Greg Rucka has written one of my favorite series, Queen & Country. I always point to Tara Chase to anyone who is looking for strong female characters. Now he brings us a story about a woman who must find herself after waking up with no memories. If it’s half as good as Greg Rucka’s others series then this will be a must read.