Let’s see, let’s see. Secret Six #1 gets the warmth. So does Just the Tips. Plus, steel yourself for …  KRAMPUS!! Oh, and Mark Waid‘s back!

Secret Six #1, DC. Gail Simone returns to the series she made a must-read back in the pre-New 52 days. There’s a lot of buzz and curiosity among our customers about whether or not she can recapture the success of the previous run. I’m eager to see. 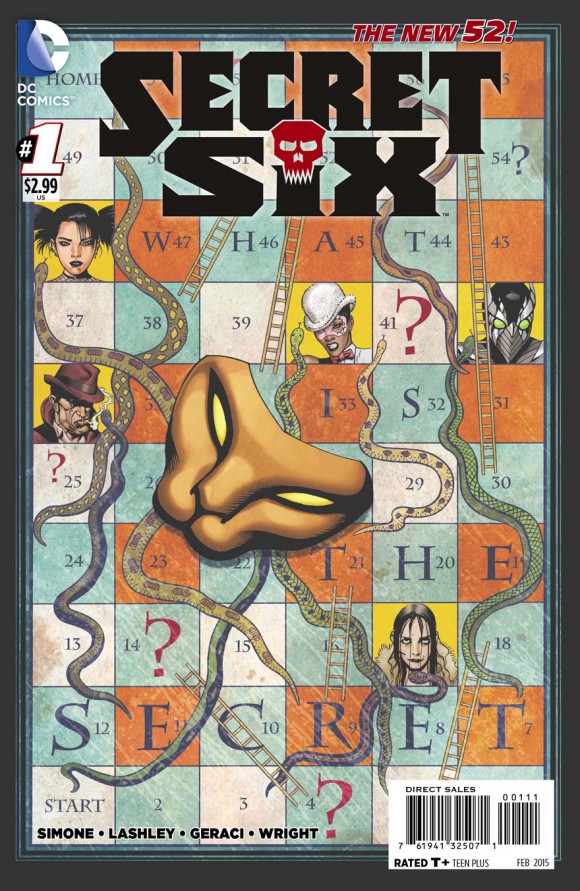 Justice League 3000 #12, DC. Speaking of “old” DC, a number of our customers are asking about the return of the Blue Beetle/Booster Gold team in this book. (Check out a preview here. — DG) DC promised us that it’s the “real deal” — no hoaxes, dreams, or imaginary stories. If so, they’ll have made a lot of long-time fans very happy. And if this is leading to some sort of continuity overhaul, this will no doubt become a collector’s item book.

Tooth & Claw #2, Image. Kurt Busiek is (deservedly) the marquee name, but artist Benjamin Dewey is someone I’ve been watching for years now and I’m astounded at how beautiful this book is. Even amid the other 900 first issues Image now releases every month, this stood out in our store last go-around and is a buzz book for us.

Just the Tips, Image Comics. That’s what SHE said! And yes, this book is exactly what you think it’s about. Matt and Chip from Sex Criminals fame bring you the best tips and moves from their letters column… And more! Brimpers unite! But not me, my hair’s not long enough. Bonus: has a wipe-clean cover for those who can’t memorize their notes.

Krampus: The Devil of Christmas HC, Last Gasp. So you think if you’re not good this year Santa will leave coal in your stocking? Amateur. Those of us with old-school Euro parents and grandparents scared the bad out of us with tales of the Krampus: a horned, hoofed, hairy demon that Santa employed to keep your misbehaving ass in line. (If you have a mother like mine, she compared you TO the Krampus. And still does.) This lovely hardcover reprints pre-war images of the slavering beast, while offering a truncated survey of his career in St. Nick’s service. 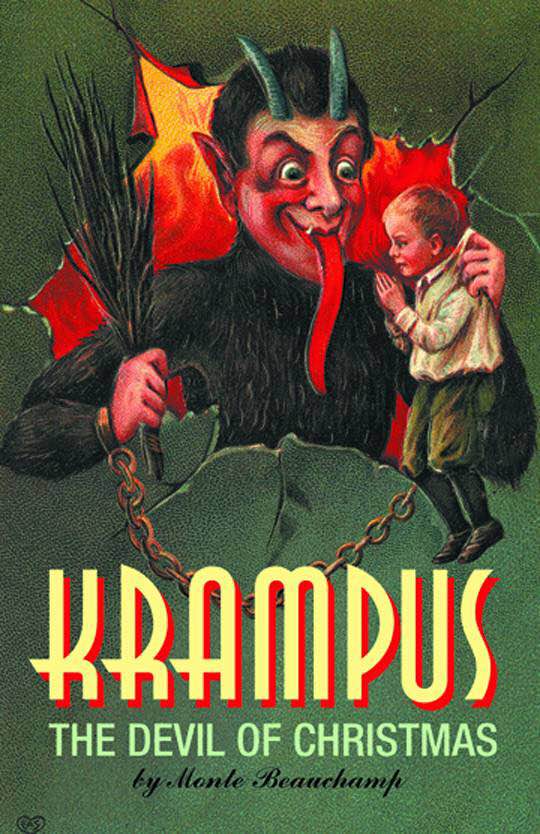 Pride of Baghdad HC, DC Comics. BKV’s instant classic loosely based on the bombing of the Baghdad Zoo is finally available in an affordable deluxe edition. You say you’re a fan of his but haven’t gotten around to reading it? Shame on you! I’m sending over the Krampus… This hardcover has the full graphic novel, plus all the extra sketches and doo-dads you expect from a deluxe edition. All for under 25 bucks. Whaaaaaa?!  Just pick it up.

Action Comics #37, DC. How does Superman shave?  That was a question during the time when Man of Steel was in the theaters a while back. If you’ve been reading Greg Pak’s Action Comics for the past couple issues, you’ll know that question may be irrelevant now. Aaron Kuder continues to be one of the most under-the-radar artists out there, but with the flashback scenes in this issue, he may not be so under-the-radar anymore. Superman vs. the supernatural always makes a great story and this one is no different. 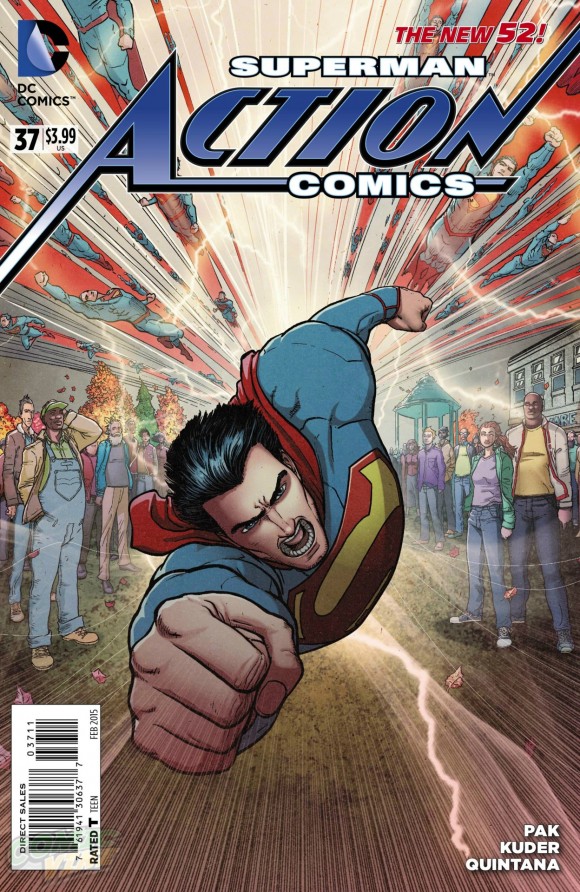 Let’s start off with the Darwyn Cooke variant covers from DC! Unless requested I have replaced every regular cover with the Cooke ones, and I think customers will be thrilled. On to the regular picks:

Sovereign TP, Image Comics. Sadly, so many people missed out on this fantastic fantasy by Paul Maybury and Chris Roberson that instead of being Vol. 1 of an ongoing series, this is the complete story… so far! Please do yourself (and comics) a favor by picking this book up and writing to Image telling them that they NEED to bring this series back. Seriously, if you love well-built fantasy worlds with multiple plots and kick-ass art, you need this book in your life.

Essential Kurtzman Vol. 1: The Jungle Book, Dark Horse Comics. Possibly one of the most influential creators’ most influential books, it’s a damn shame that Kurtzman’s Jungle Book has been out of print for more than two decades. This reissue features essays galore and the original material presented in cleaner form than the last two or three reissues from the ’80s. Seriously, if you don’t know what all the fuss is about Kurtzman, this is the book to explain it to you. And if you love him, this is a must -have anyway! 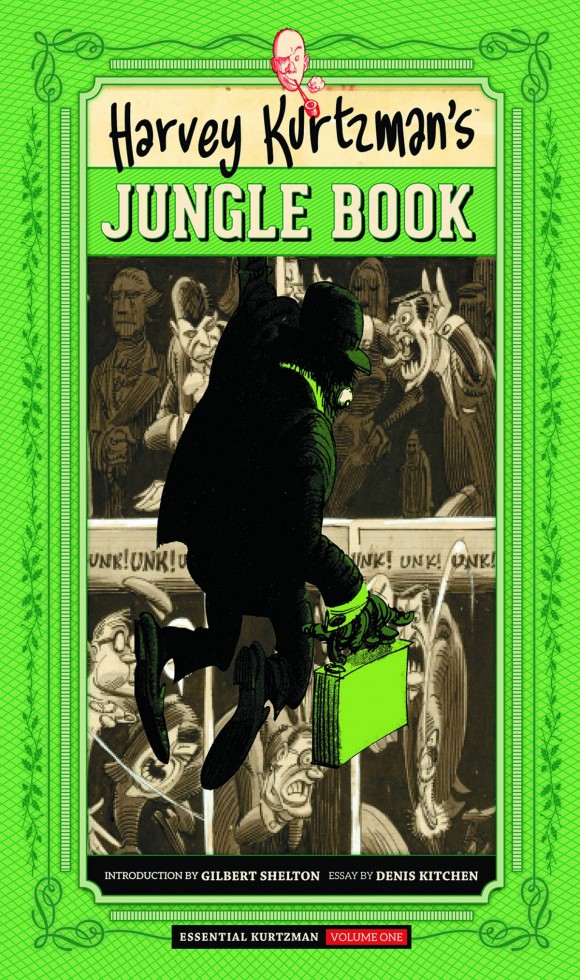 Young Avengers by Kieron Gillen and Jamie McKelvie Omnibus HC, Marvel. This is the kind of omnibus I can get behind — only 360 pages, and only 50 bucks! The big ones are too hard to read. And this is excellent comics. (No offense, Secret Wars II Omnibus.)  The most “now” series Marvel‘s ever done! (Sorry, 1970s Dazzler.)  Fun, smart, beautiful, diverse cast, and great for new readers or fans of the previous “Young Avengers.” 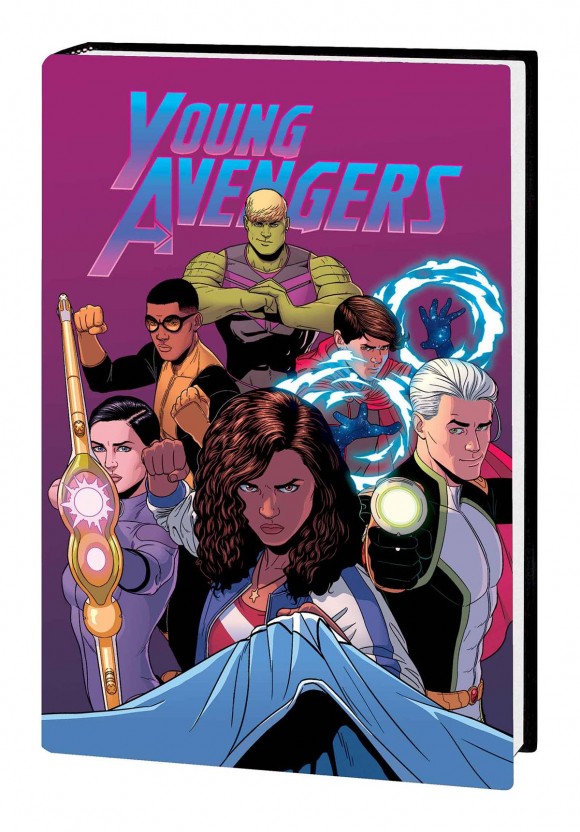 Nightwing Vol. 1: Bludhaven, DC Comics. AT LAST. The only other must-reprint series beside last month’s Batman Adventures that DC neglected for too long is this, Chuck Dixon’s Nightwing run. (Dan interjecting here. Tim’s wrong. DC needs to reprint this too.)

Just the Tips, Image Comics.  Surely this is covered (get it?!) elsewhere here in Hot Picks, so I’ll just point out that it’s a 96-page, 13-dollar hardcover, which cracks me up.