Batman Universe #5, DC. Hands down, no lie, the best Batman story I’ve read this year. Brian Michael Bendis and Nick Derington have brought a welcome light touch with this Brave and the Bold-ish round-robin story that’s taken the Caped Crusader through space and time. This issue? Batman and Nightwing! 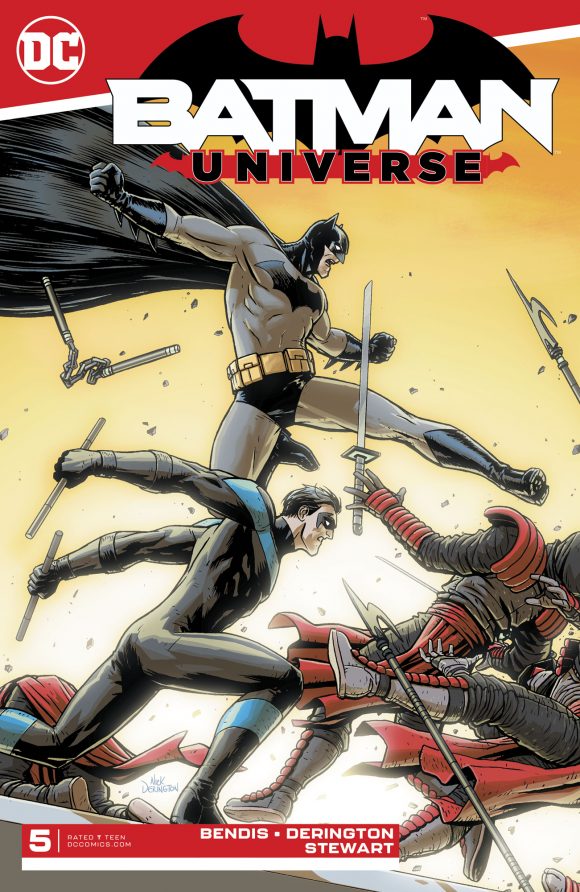 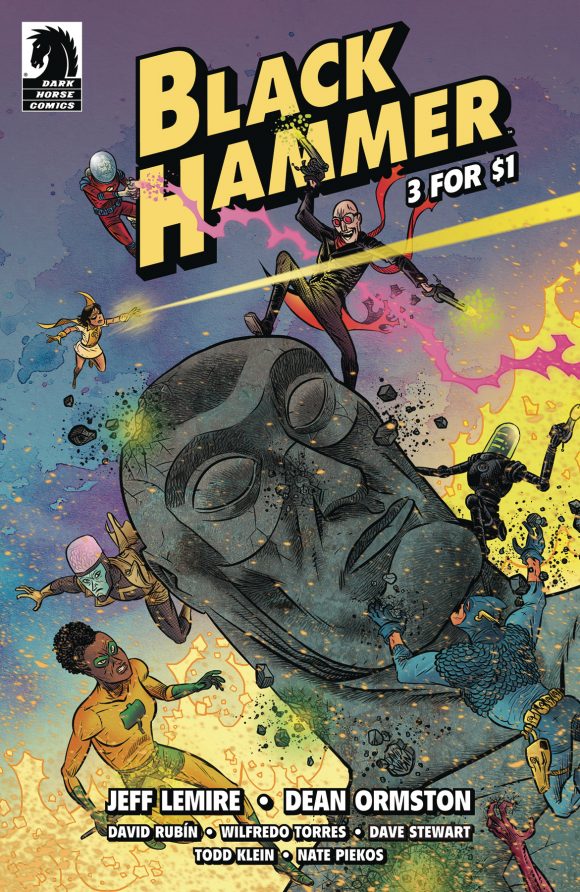 Justice League #35, DC. The League has lost thanks to the rash behavior of one member – and now Doom has risen. Lex Luthor has never been a bigger monster, thanks to Scott Snyder and James Tynion IV, so evil things await. Art by Francis Manapul. 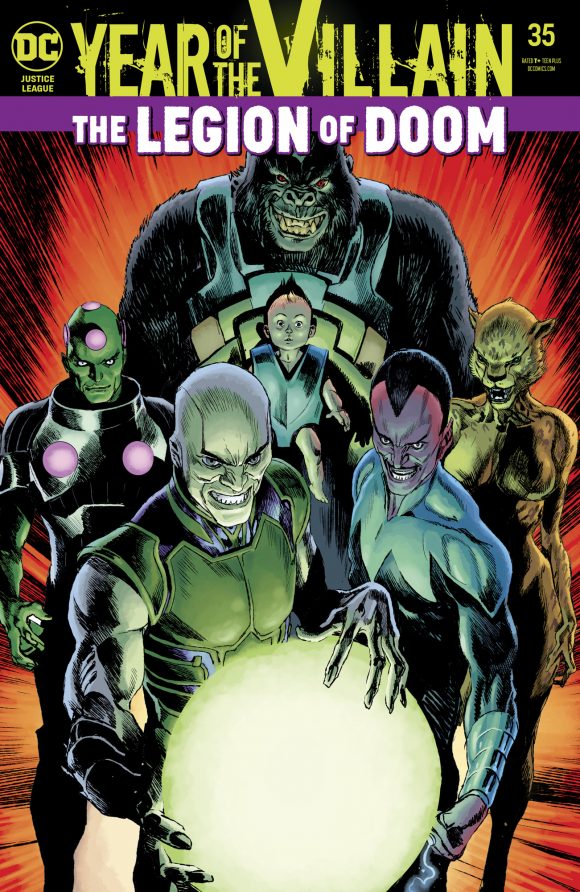 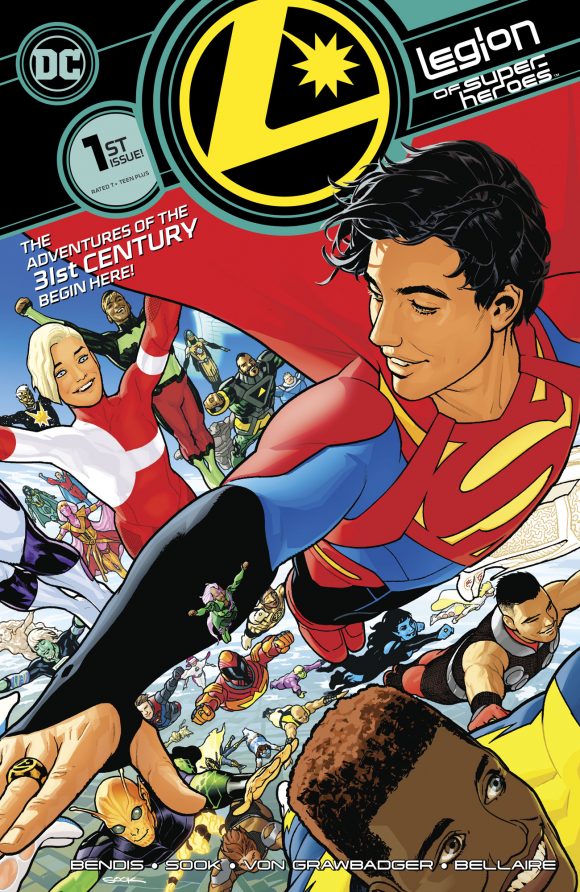 New Mutants #1, Marvel. It may not be by Claremont and Sienkiewicz, but any comic that re-unites their classic team of Xavier’s School students at least gets a look-see from me. By Jonathan Hickman, Ed Brisson and Rod Reis. 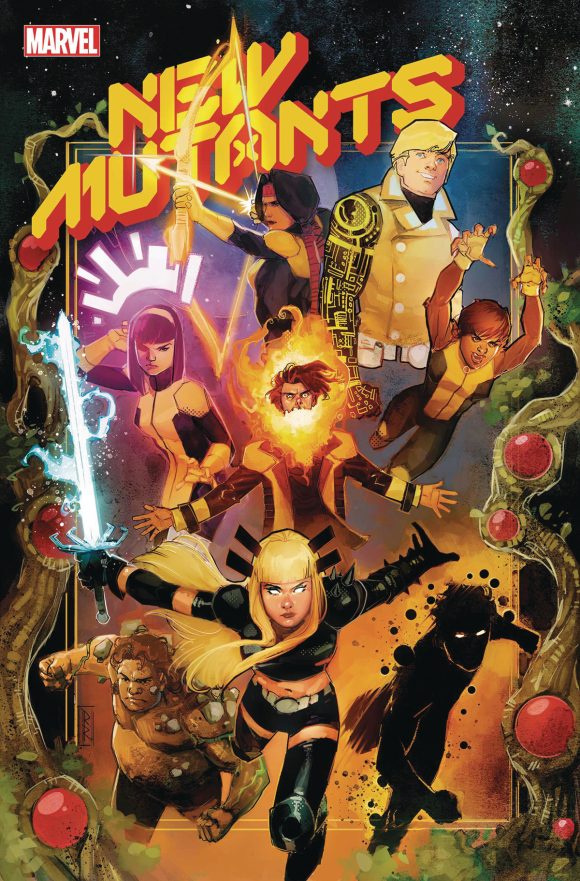 Official Handbook of the Marvel Universe Omnibus HC, Marvel.  I read these so often as a kid the spines fell apart. The chance to have Mark Gruenwald and Peter Sanderson’s masterpiece of reference all together under one cover is not to be passed up. 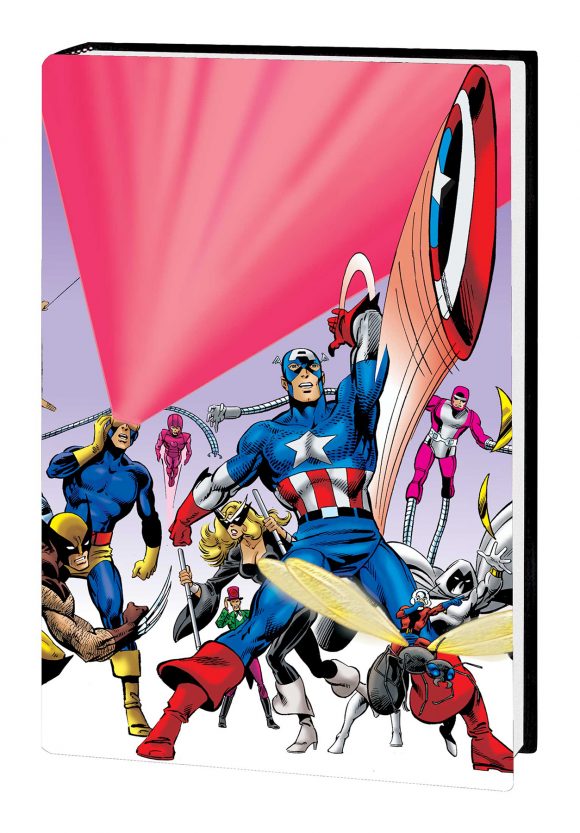