Scott and Dan pick the comics they’re most looking forward to — and there’s a lot!

Batman: Universe #1, DC. The only time I was ever annoyed that there wasn’t a Walmart close by was when DC last year released exclusive series to the big box retailer. I really wanted to know what Brian Michael Bendis on Batman was like. Anyway, I knew it was a matter of time before the stories hit comics shops, and so here we are. Looks like a good ol’ classic Batman vs. Riddler romp. Art by Nick Derington. Let’s kick back for some summer reading, shall we? (More from Scott below.) 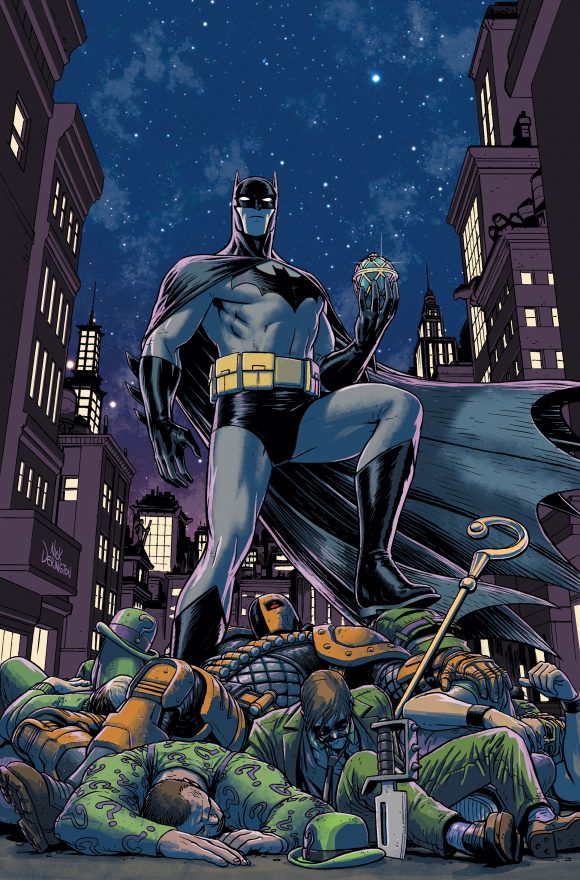 Black Hammer/Justice League: Hammer of Justice #1, Dark Horse/DC. Jeff Lemire’s Black Hammer Universe has been a love letter to (mostly) DC history, so it’s great that they’ve been able to swing this crossover. And of course it recalls all those great summertime JLA-JSA crossovers too! So, this is another one to read by the pool. Art by Michael Walsh. Young Justice #7, DC. Speaking of love letters to DC history, Bendis and a team of artists take the sidekicks through the Multiverse – where they meet a bunch of famous guest stars. 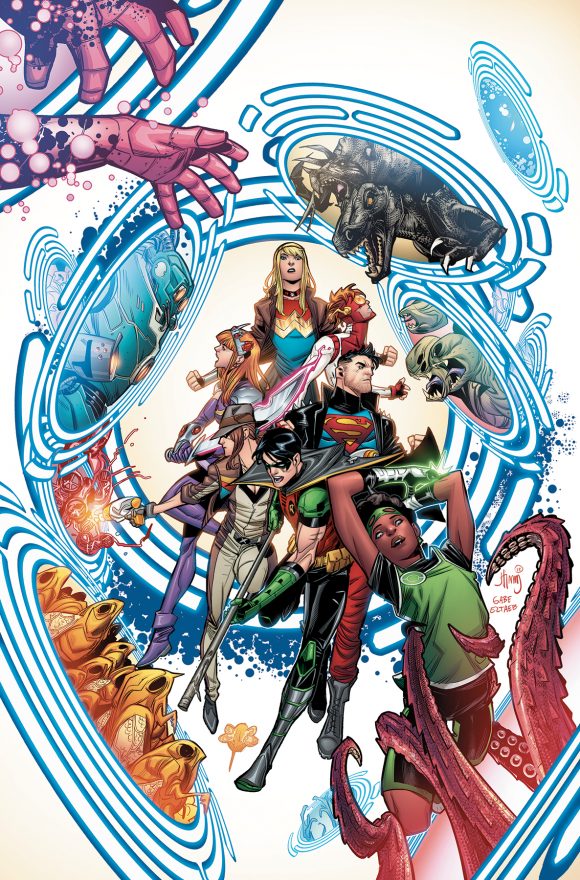 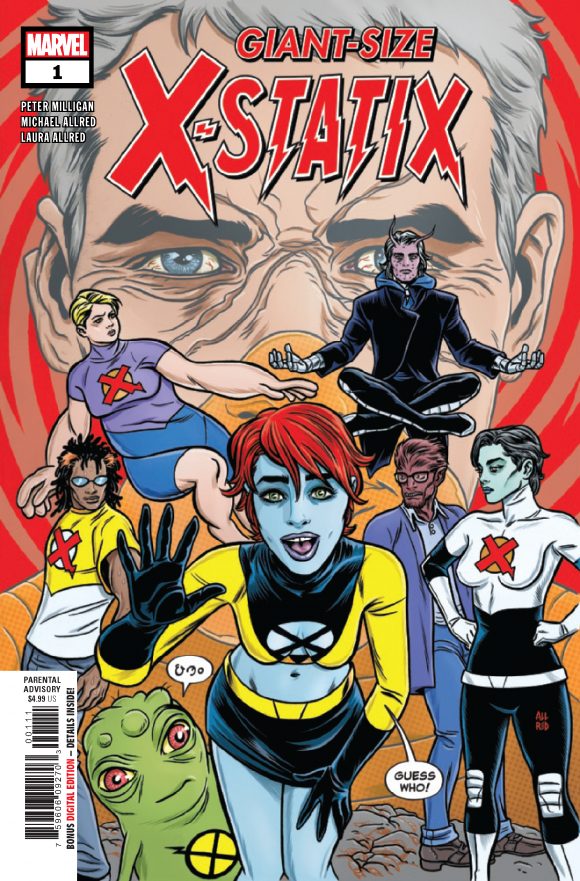 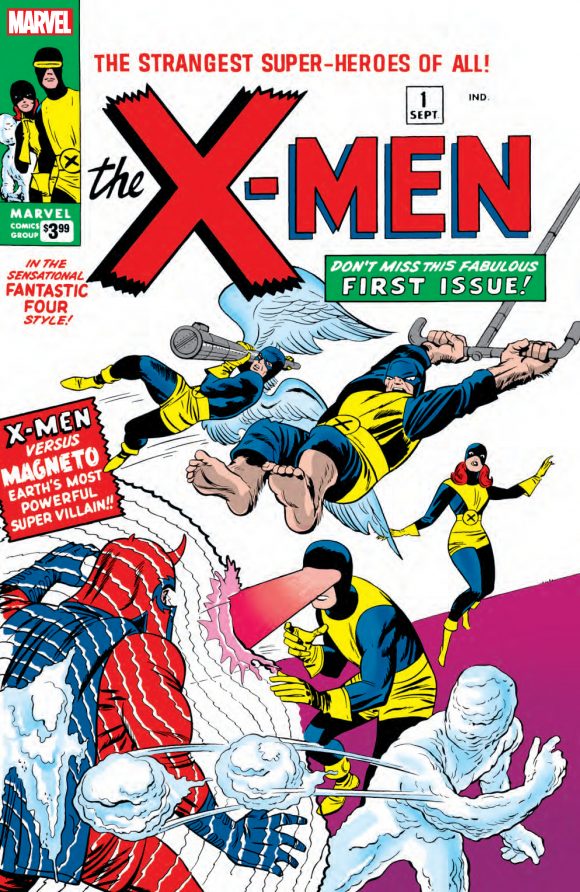 Event Leviathan #2, DC. Bendis and Alex Maleev’s espionage, um, event has been off to a solid start. 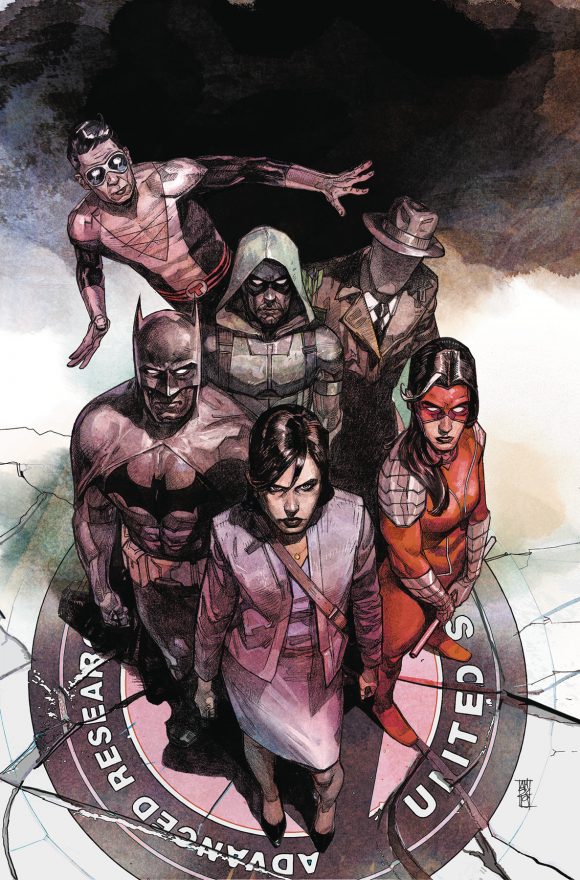 Second Coming #1, AHOY Comics. Too hot for DC to handle! Mark Russell and Richard Pace bring you the greatest What If? of them all – What if Jesus came back and became a superhero? (Click here for a nice little profile of the issue.) Bettie Page Unbound #2, Dynamite. On the strength of this Scott Chantler variant alone! 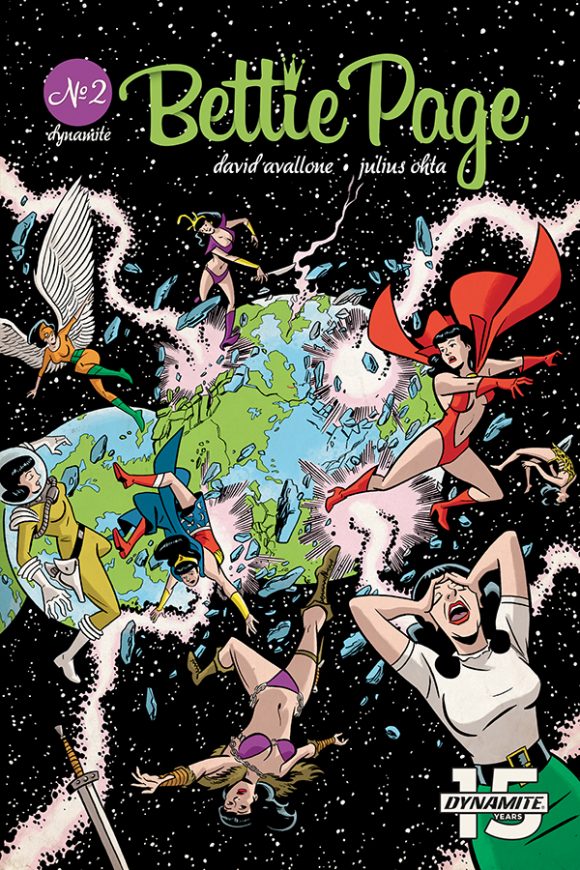 Batman: Universe #1, DC Comics. Since I don’t have a Walmart near me, I never saw any of this content the first time around, and I’m curious what a Bendis-written Batman feels like, so I’m in. New Mutants Epic Collection: The Demon Bear Saga, Marvel. For my money, one of the best story arcs in ’80s comics. Nobody was doing what Chris Claremont and Bill Sienkiewicz were achieving every month on this bizarre, enrapturing series. Highly recommended.