The Batman Who Laughs #2, DC. Alias, Batman: Into the Bat-Verse. OK, I kid. But Scott Snyder and Jock are mining the DC Multiverse in this entertaining look at the darkest sides of the Dark Knight. (Click here for what Snyder has to say about it.) 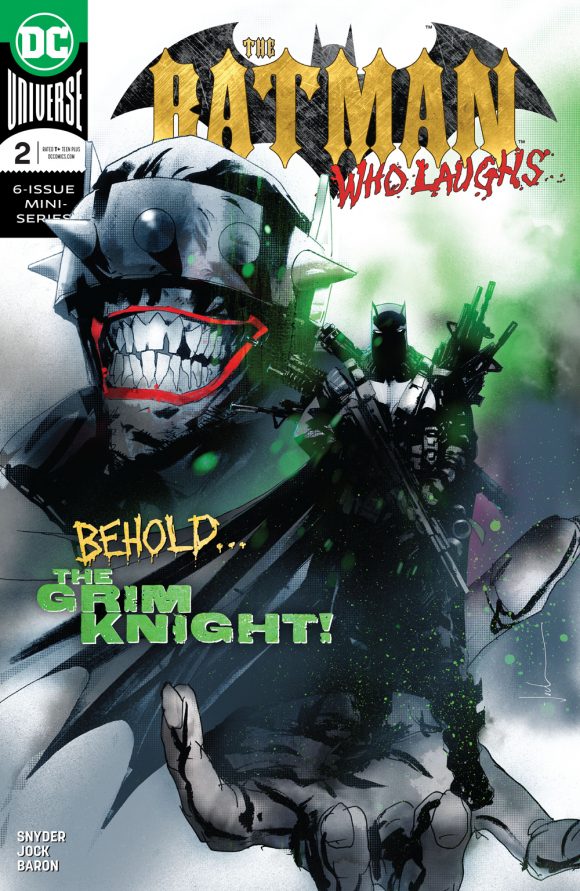 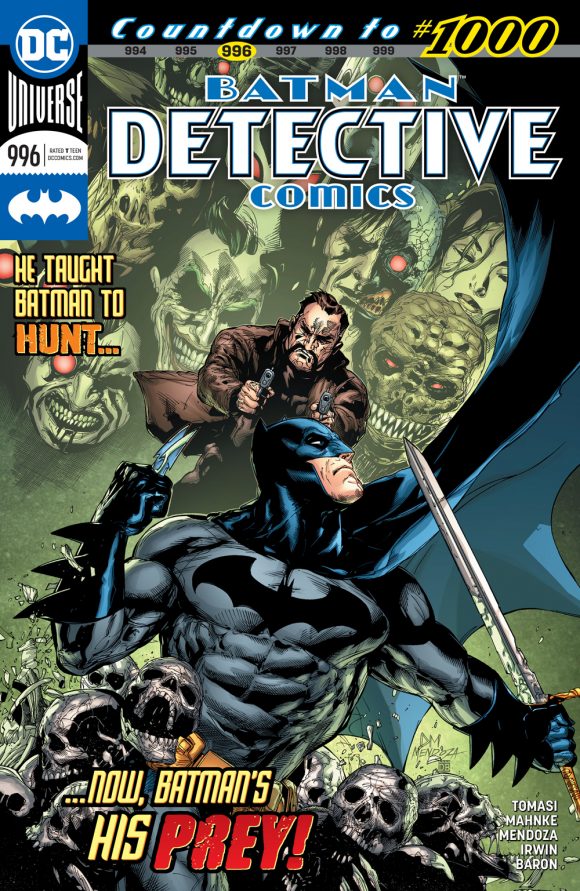 Hawkman #8, DC. Up, up and away? Robert Venditti’s been teasing it (click here) but now we finally get to take to the skies with the Hawkman of Krypton. Pencils by Bryan Hitch. 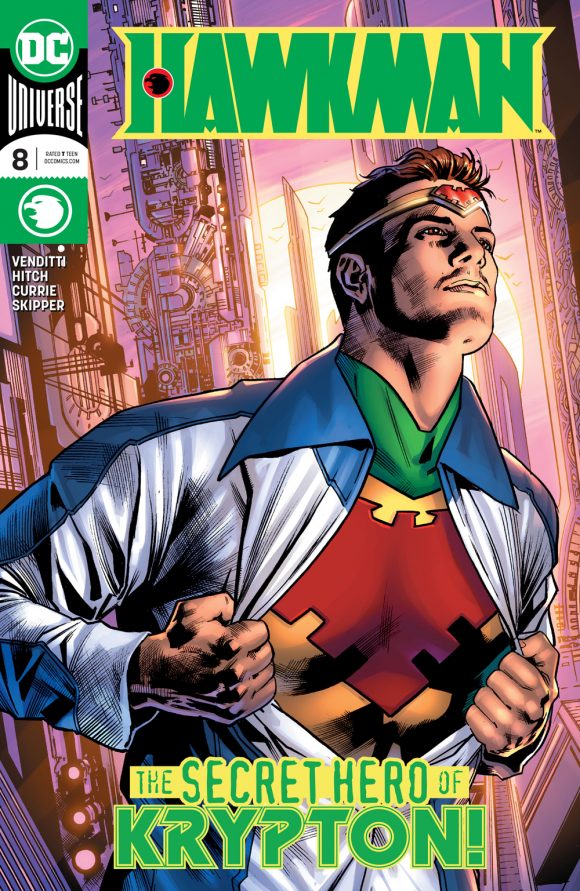 Fantastic Four #6, Marvel. Ben’s hitched, but now Dr. Doom and Galactus have to be dealt with. Some honeymoon. By Dan Slott, Aaron Kuder, Marte Gracia and crew. 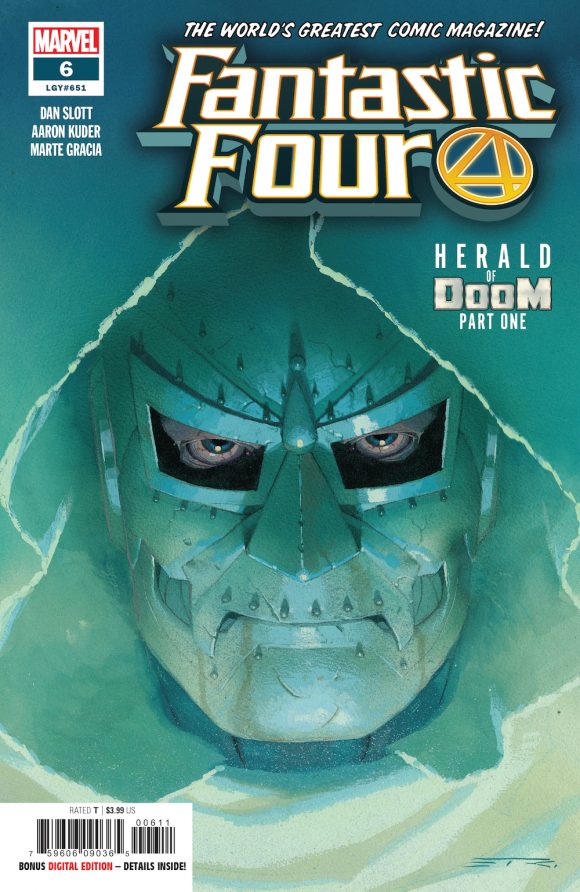 Black Widow #1, Marvel. Didn’t Natasha just get killed off, like, last week? Regardless, always good to see a Widow book back on the shelves. By Jen Soska, Sylvia Soska and Flaviano. 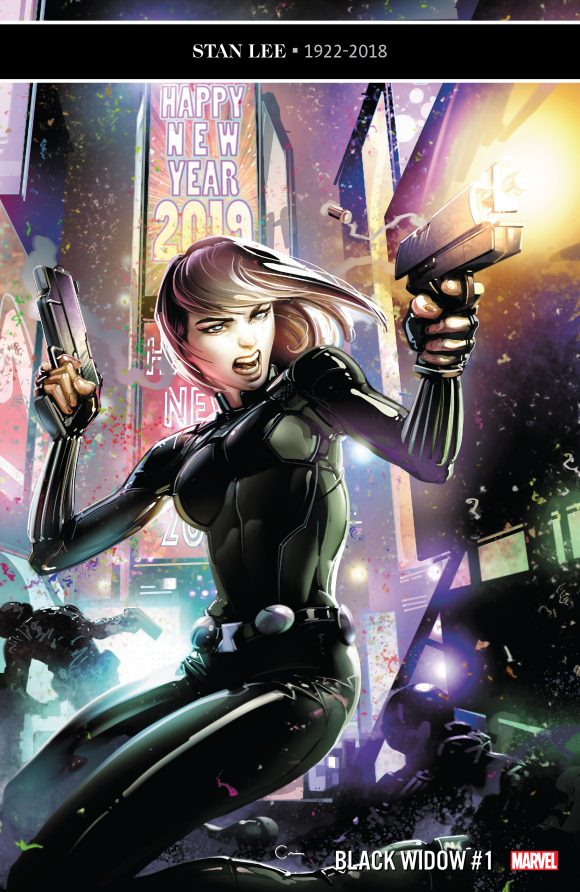 Decades: Marvel in the ‘40s — The Human Torch vs. the Sub-Mariner, Marvel.  This, the first true comic-book crossover from Carl Burgos and Bill Everett back in the early ’40s, was epic stuff in which Namor and the original android Torch went at it hammer and tongs, tearing up New York City in the process. 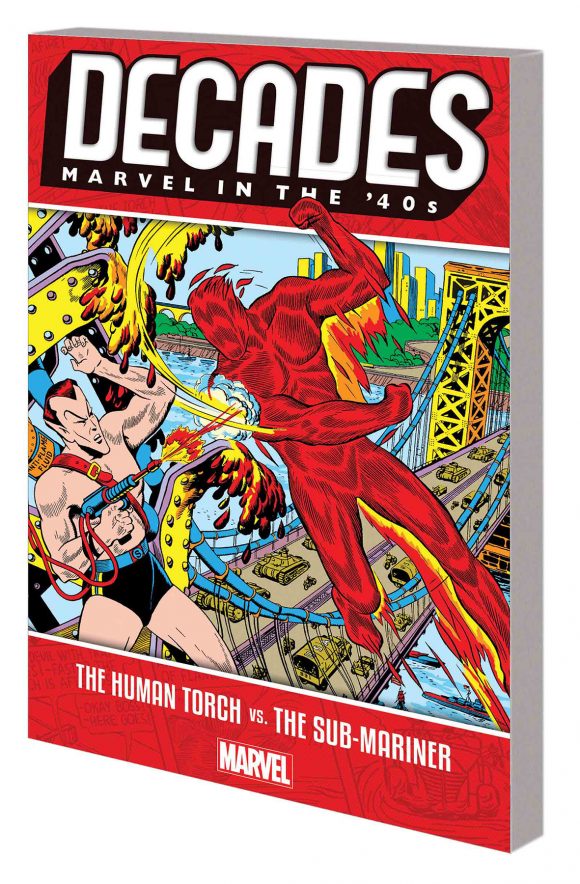 Invaders #1, Marvel. Speaking of Namor and dead heroes, didn’t he get decapitated a while back? Even among the superhero set, that’s usually a tough death to recover from. Just walk it off, Namor. Anyway, I’m just too big a Golden Age fan to pass up an Invaders reunion, so looks like I’m in for this too. From Chip Zdarsky, Carlos Magno and co. 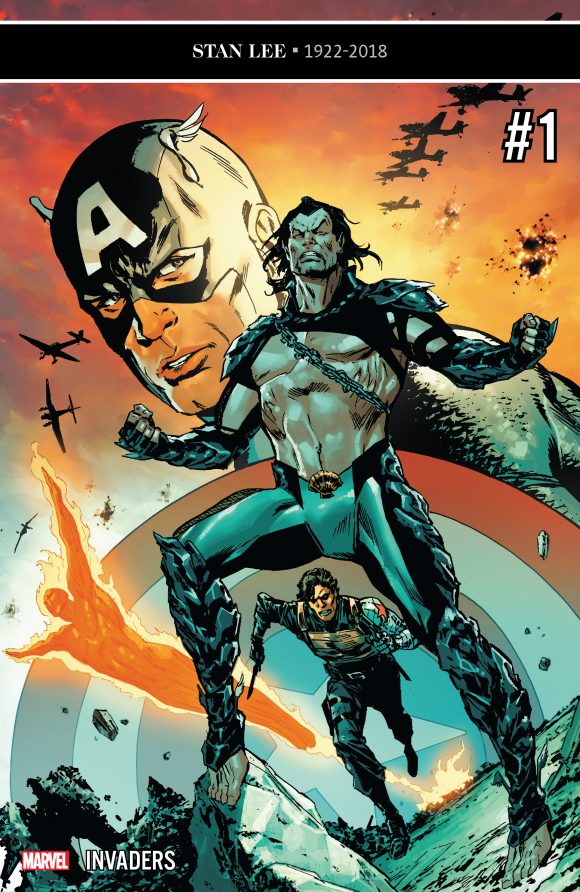 What If? Classic Complete Collection, Vol. 1 TPB, Marvel. Nothing’s as delightfully goofy as vintage Marvel What If? This one is worth it just for the issue that imagined if Stan Lee and Jack Kirby had been bombarded with cosmic rays. Seriously. 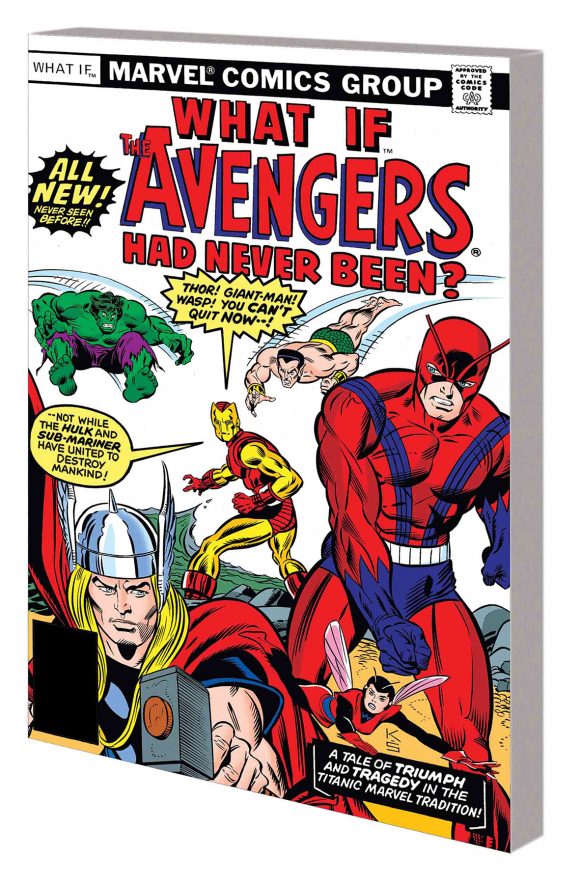