It’s seems like a team-up of Hawkeye and Captain Carrot written by Grant Morrison and drawn by I.N.J. Culbard would be everyone’s perfect book.

Hawkeye #20, Marvel. With Matt Fraction’s Hawkeye run ending in a scant two months, we’d better enjoy these last issues while we can. 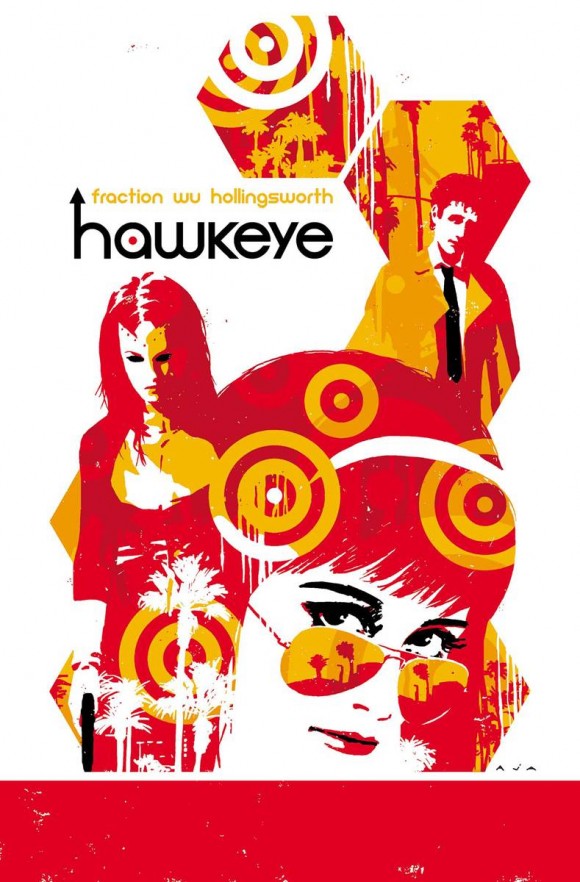 Wild’s End #1, Boom! Writer Dan Abnett described this as The Wind in the Willows meets War of the Worlds. That sounds more than all right to me. And the art by I.N.J. Culbard looks evocative and appealing. Sold.

Rogue Trooper: Last Man Standing TPB, IDW Publishing. This re-launch of Dave Gibbons’ 2000 AD series by Brian Ruckley and Alberto Ponticelli was one of the best new science-fiction comics I’d read in years, and I think it slipped under the radar of a lot of people. Let’s hope they discover it in trade. 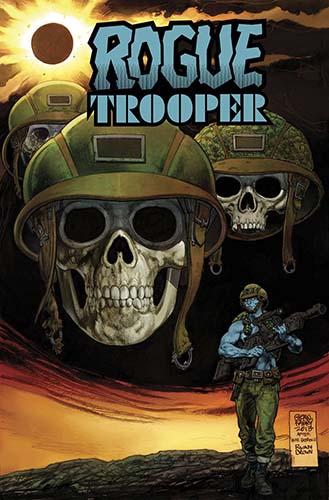 X-Men Asgardian Wars TPB, Marvel Comics. Ass Guardians. OK, now that that’s out of our systems, this new printing lets us relive that modern Claremont/Adams classic that captured our imaginations in the mid-’90s. It’s the X-Men, New Mutants, and Alpha Flight vs. Loki in this tale of magic, mutants, and might. Valkyries ride! 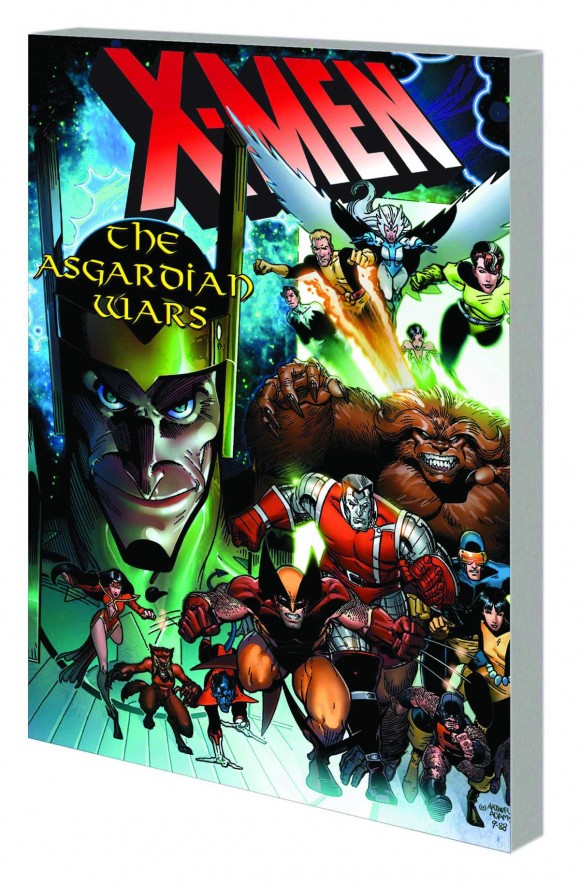 Hawkeye #20, Marvel. Coming to an end in two issues, sadly, but ending strong. Not that I want this series to end, but at least starting in 2016 it’s one fewer Eisner award nominee to lose to.

Stumptown Vol. 3 #1, Oni Press. Greg Rucka (again), teamed with Justin Greenwood for the first Stumptown ongoing. Greg’s one of our favorite creators (as you’ve noticed), and Justin’s really knocking it out of the park.

The news is that we’ve got a whole slew of potential signings lined up for Pre-NYCC. Right now the only CONFIRMED one is the creative team of Gotham Academy signing their #1 on Tuesday, Oct. 7 but I’m hoping for confirmation on two more before the end of next week. EXCITING STUFF!

Paul Kirchner’s The Bus, Editions Tanabis. Originally appearing in Heavy Metal magazine in 1978 and running for seven years until being collected in the late ’80s. A surreal, mostly wordless comic by a protege of Wally Wood’s, The Bus is a comic tour de force that hasn’t been reprinted since its first collection came out. Definitely a purchase for any lover of the medium’s elastic boundaries.

Shoplifter, Pantheon Books. Michael Cho’s first graphic novel meditates on stagnation and the monotony of the everyday life. His main character, Corinna, seems stuck at a dead-end job she took five years ago as a temporary measure and life has just become an endless, pointless merry-go-round of boredom… except when she shoplifts from her local corner store. A book that asks that seminal question: How do we find joy in our life?

Philémon Adventures Vol. 1, Toon Books. The classic French comic by FRED is often listed in the same sentence as Tintin and Asterix as one of the great kids comics of Europe and it’s finally here! Philémon and his donkey go on wonderful adventures to a magic world after falling through a well on his farm. Hopefully this will just be the first of 16 FANTASTIC books in the series to finally make it here to the U.S.! 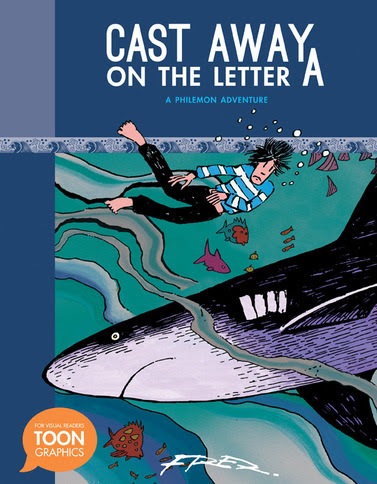 Showcase Presents Captain Carrot and His Amazing Zoo Crew TPB, DC. Were you part of the 92 percent (not confirmed percentage, but I bet it’s pretty close) of comic readers who were as confused by Multiverstiy #1 like I was? This new Showcase spotlights one of my favorite characters from the first issue — Captain Carrot. I’m going to read it to see if the coyote from The Coyote Gospel (Animal Man #5) is from that universe. Yes, Mr. Grant Morrison, I’m on to you and your future revelation that you have been writing one big, long story since you started. 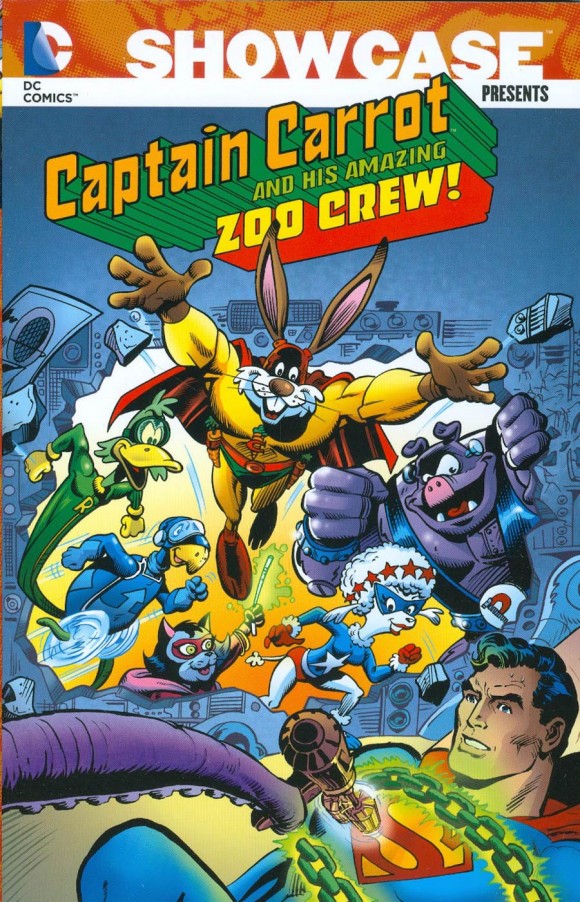 Teen Dog #1, Boom! A Saved By The Bell comic with Zach replaced by a dog seems like a must-read for me. Finally I can relive my high school days from the view of a canine.

Annihilator #1 of 6, Legendary. Pro: Grant Morrison writing about a writer who teams up with his own fictional creation. Con: Legendary publishes paper movie pitches disguised as comics, like the obviously passionless Tower Chronicles. Pro: Frazer Irving’s amazing color sense. Con: Frazer Irving’s amazing avoidance of drawing backgrounds or context. Pro: Something to give to Morrison fans that find Multiversity too inside-baseball. Con: It’s $3.99, not $2.99. Hm. Okay, the Pros win, but I’m cautious. 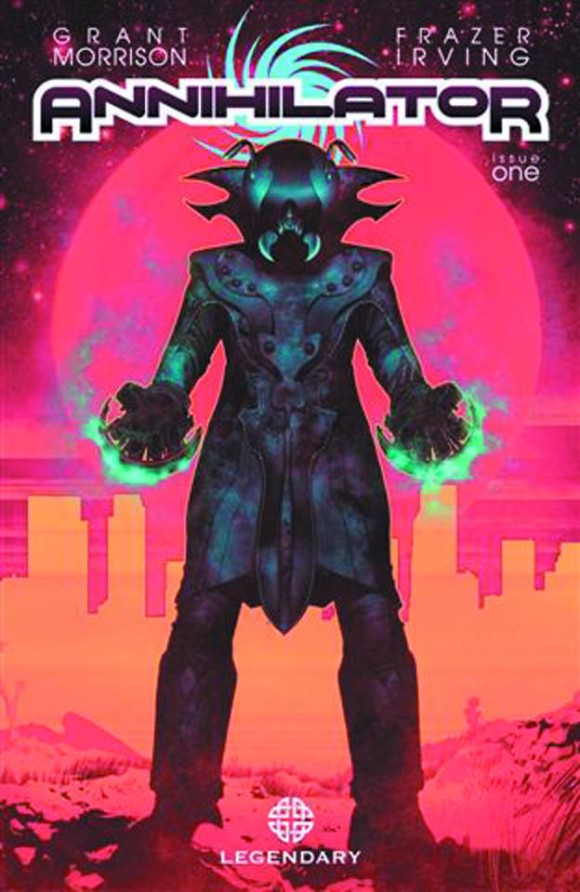 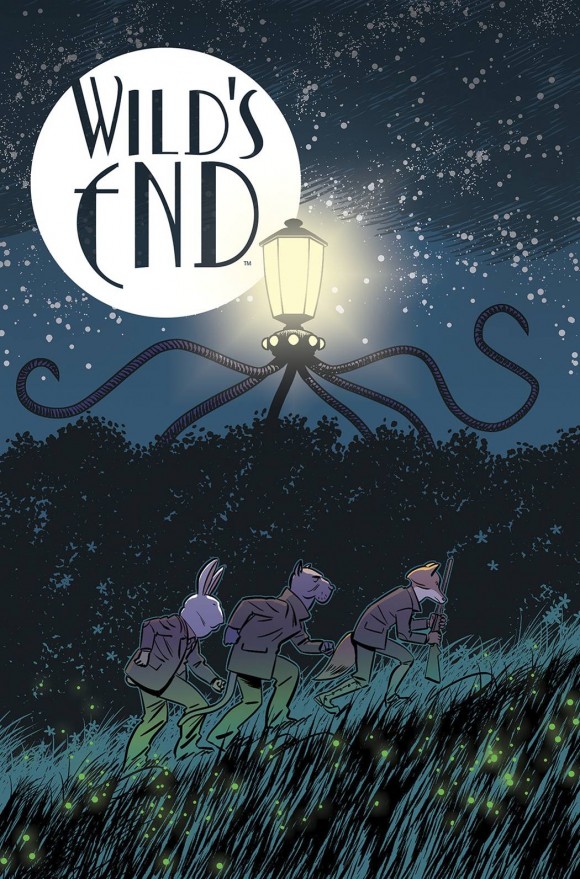 Cyanide & Happiness: Punching Zoo, Boom! Hooray for variety. This checks off three important boxes for Hub: Webcomics, stick figures, and a readership that might not otherwise be in the store.

Honorable Mention goes to Hawkeye #20, Marvel. We’re sad this is over soon.

BPRD Hell on Earth Vol. 9: The Reign Of The Black Flame TP, Dark Horse. In the last few years, the landscape of the world of Hellboy has changed tremendously. Monsters and Cthulhu-inspired kaijus roam the world with impunity, and humanity has been devastated. The BPRD is the only force left that stands against them, and with no Hellboy, the odds are not in their favor. In this volume, one of their arch-foes the Black Flame, has returned from the dead and has built a fortress in what remains of Manhattan. It’s up to Liz Sherman and her team to take him down and attempt to restore order. Mike Mignola and John Arcudi deliver another exciting chapter with James Harren at pencils. 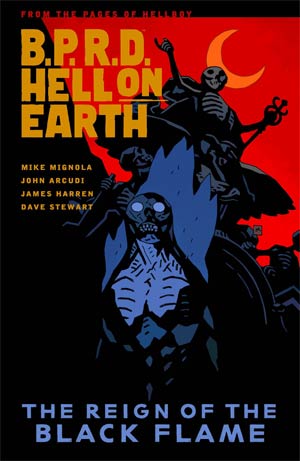