Extremely broad selection in one of the year’s biggest weeks for comics! Waid and newbie Tipton and the rest of our regulars have at it!

Aw Yeah Comics, Vol. 1. The best young-kids comic to hand out in our store, bar none. Artie and Franco join up with lots of their friends and go all-out. We love, love, love this book.

Death of Wolverine #1, Marvel. Like this needs our help. That said, it’s particularly well written. Charles Soule has a nice following in our store.

Original Sin #8, Marvel. Fans and readers stuck with this through the end with high enthusiasm, and they won’t be disappointed. It sets up the new status quo for a couple of characters, not just one. And it’ll be a real shot in the arm for the Winter Soldier character! 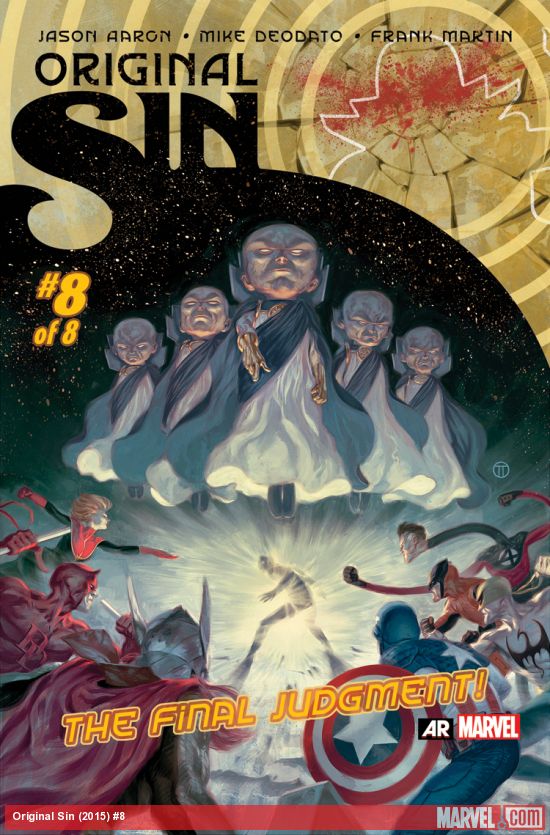 Marvel Masterworks Famous Firsts 75th Anniversary slipcase set. This isn’t really a “hot pick” in any traditional sense since there’s no way we can afford to carry a shelf copy of a $500, 33-pound box set in the store, in hopes someone would casually buy it. I just wanted to mention it because I AM GETTING ONE and IT LOOKS AWESOME.

This week’s picks are titled “Two Toys, One Book.”  Get your minds outta the gutter.

Walking Dead Series 3 Punk Rock Zombie action figure, McFarlane Toys. Finally, a zombie I can relate to.  Seriously, I’ll buy anything that has hair like me. 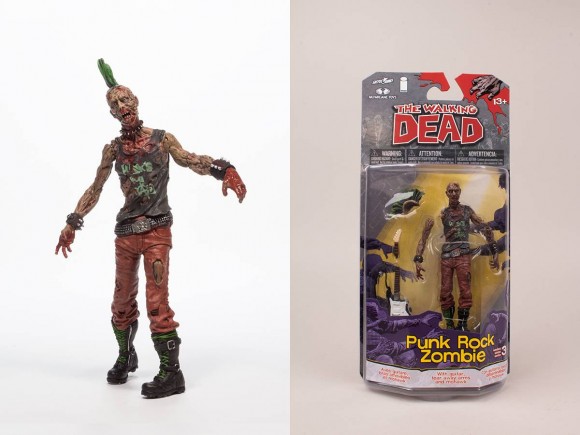 Pop! Vinyl Breaking Bad Walter White action figure. Oh, Walt.  With your teeny little gun and your teeny tighty whities. What is it about Bryan Cranston always in his underwear? Name me one thing he’s done not in his drawers. Either way, it’s adorable and it really shouldn’t be.

El Deafo, Amulet Books. I got a preview copy of this book a few months ago and could not get over how good it is. Cece Bell tells us how she lost her hearing as a child, coping with, and living day to day with severe hearing loss. If you’re a fan of Raina Telgemeier’s books, “El Deafo” is very much in the same vein of relatable childhood biography. Clearly the majority of us did not grow up with hearing loss, but Bell conveys her story in such a way that the reader can’t help but commiserate with the usual bumps in the road and outsider-ness that all kids feel. Because really, she was just a kid with one difference. And that one difference turned out to be kind of awesome. 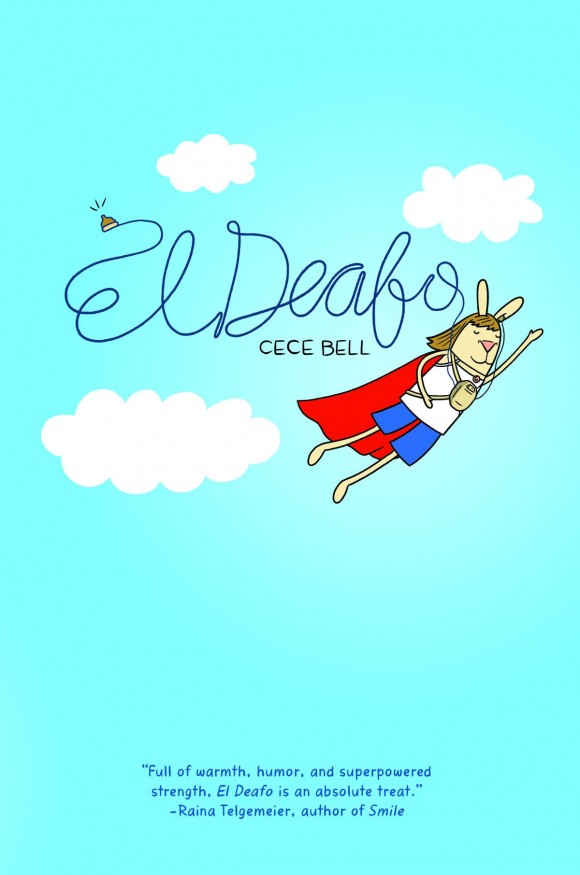 Marvel Masterworks Famous Firsts 75th Anniversary slipcase set. Yes, the $500 price tag is a little much, but if there ever was a “collectors’ item” this would be it. This includes the sought after/hard to find Not Brand Echh Vol. 1! The packaging is an unbelievably accurate depiction of Avengers Mansion. If that isn’t enough, it comes with an Alex Ross 75th anniversary poster signed by the guy who started all of this — Stan Lee! 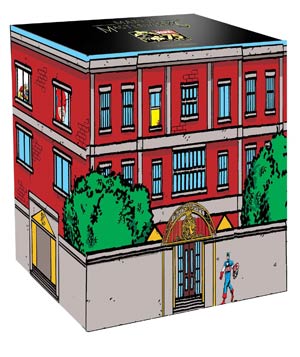 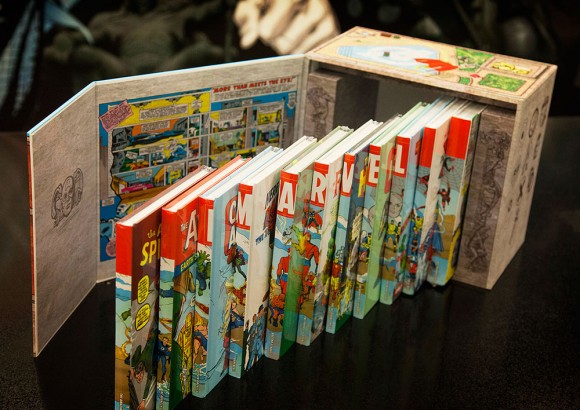 Batman ’66 Meets the Green Hornet, #4, DC Comics. This series has been an insane amount of fun for us old-school Adam West Batman fans, and Alex Ross’ covers get better every month. Here’s hoping once the series ends, DC finds some more old-school projects for Ralph Garman to write.

Death of Wolverine #1, Marvel. The big X-event for the next year or so kicks off here. Sure, we all know Logan will be back sooner or later, but these stories are more about the aftermath than the story itself, and a year or two of a Marvel Universe adjusting to a world without Wolverine will be interesting and fresh if nothing else. 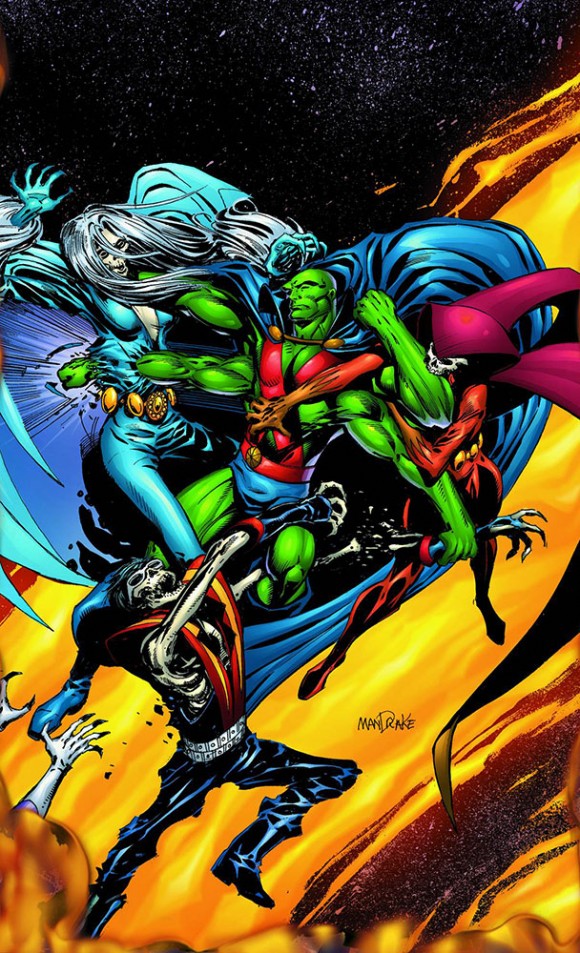 There’s some sort of thing happening with covers and holograms or something (maybe chrome?) this week and, because of our sins (possiblly to do with chromium covers, maybe?), this week brings us the last (or almost last) issues of some of the finest super-hero books out there: Oeming’s Victories and Spencer and Lieber’s Superior Foes of Spider-Man. Luckily there is good news as well!

Farlaine Goblin Vol.1, Studio Farlaine. The adorable book originally came out as a group of three interestingly shaped rectangular books. Cute without being too “twee,” it follows Farlaine the Goblin as his quest brings him to various different parts of his mystical world and the denizens who live there. A great all-ages read that’s not as sugary sweet or ironically “hip” as many other books out there.

Giant-Size Kung Fu Bible Stories, Image Comics. Originally offered at this year’s San Diego Comic Con, this treasury edition anthology was edited by the wonderful Erik Larsen and the legendary Bruce Timm and is full of all sorts of fun, bizarre, and action-packed stories from creators like Tom Scioli, Adam Warren, Art Adams and more.

The Mercenary Sea Vol. 1, Image Comics. Often not seen as a “hot” Image book, this wonderful South Sea WWII adventure series by Mathew Reynolds & Kel Symons is a slam-bang read that captures the fun that so many comics nowadays miss. I’ve seen it compared to Terry & The Pirates in more than one place but that analogy just doesn’t make sense to me: Reynolds’ art is the OPPOSITE of what Caniff did, though no less wonderful and what Symons is selling might be the same rough and tumble world of spies, military men and freebooters but it’s done with a wonderful 21st century knowledge that makes the characters ring more true than most comics from the early 20th century can. All in all, a great series and certainly worth getting for $9.99! 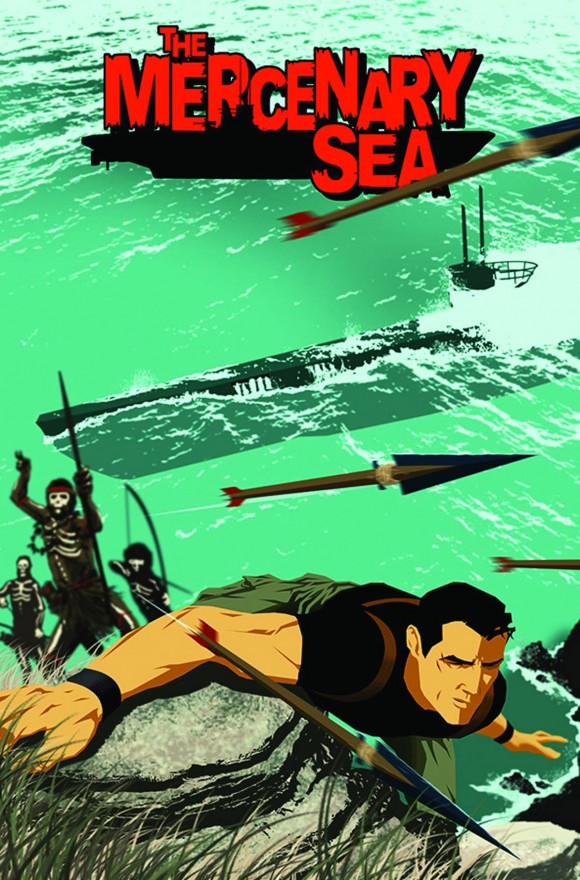 Tomboy, Zest Books. Your local shop may have sold this as new last week, as there was some confusion between the publisher and Diamond on when the book streets — officially it’s this week, so here’s the skinny: Liz Prince, whose autobio comics for Top Shelf Will You Still Love Me If I Wet The Bed? and Alone Forever have won her many fans, is back. But this time it’s a 250-page tome about Prince growing up with gender identity issues. And it’s great, and you can give it to every middle schooler you know (some cursing), and anyone else you know. Funny, smart, thoughtful, and here and there, sad. Not just a great book, an important book. 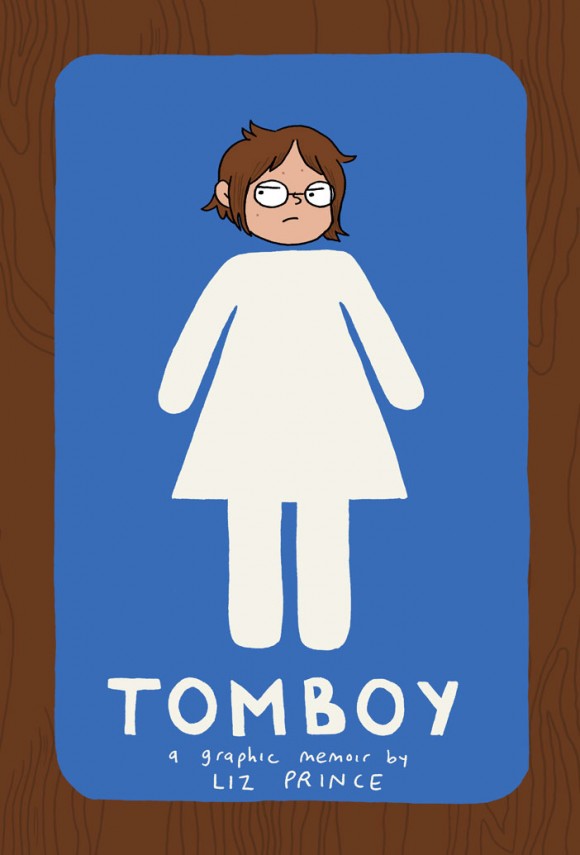 Sisters, Graphix/Scholastic.  You know how the Big Two get all worked up over a super-hero #1 selling more than 200,000 copies? But that most superhero comics sell more like a tenth of that? The initial print run on “Sisters” is 200,000.  And Raina Telgemeier’s previous book, Smile, has been on the NYT Bestseller list for two years straight. Every fifth-grader in your state is reading these. They’re great.