Star Trek: New Visions #20, IDW. I like these photonovels by John Byrne. The best of them really feel like extra episodes of the Original Series. This issue looks like a classic Season 3 scenario: The crew members each find themselves all alone on the Enterprise … Infinity Countdown: Adam Warlock #1, Marvel. I freely admit that I’m extremely poorly versed in the cosmic corner of the Marvel Universe. But, hey, Mike Allred’s here! He and writer Gerry Duggan will guide me through it. (That’s an Aaron Kuder cover, by the way.) 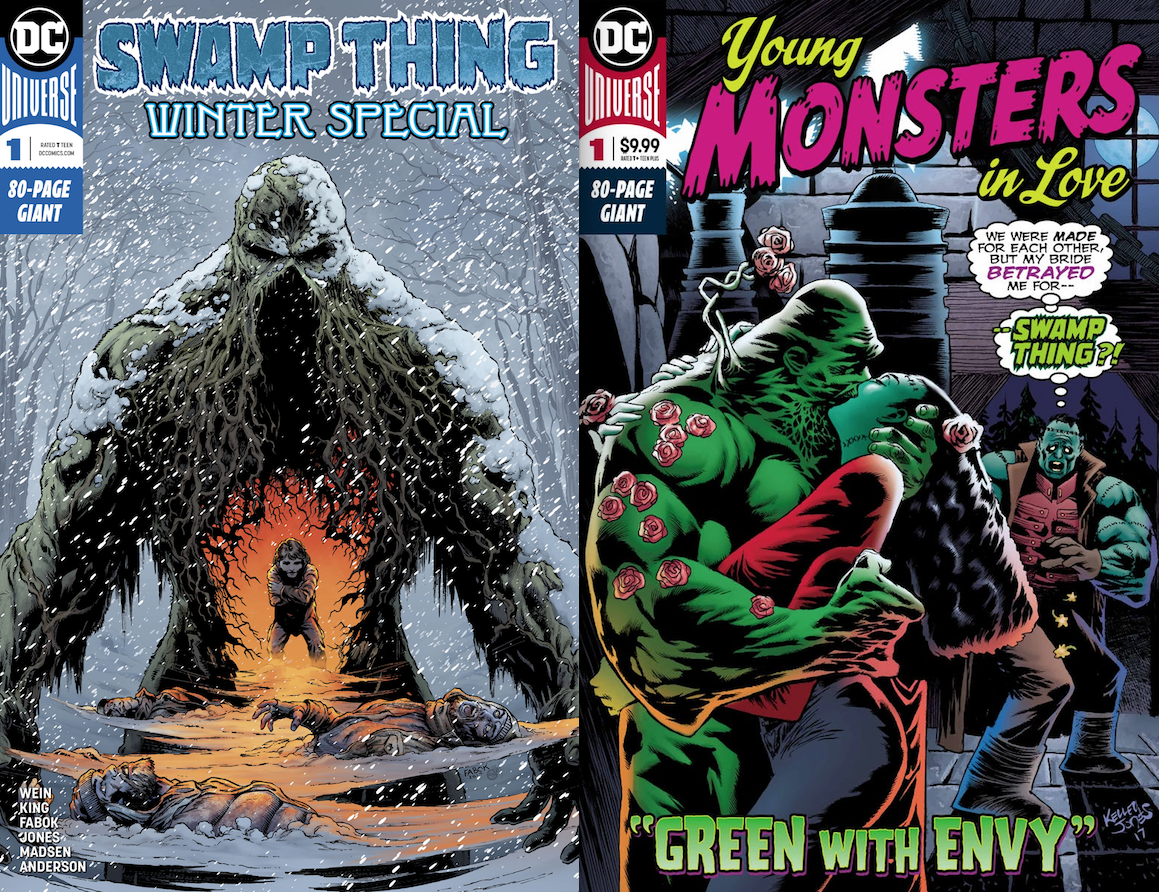 Aquaman by Peter David: Book One TPB, DC Comics. Everyone tends to forget that it was Peter David’s ’90s run that really turned the corner on Aquaman being treated more seriously and less like a joke for TV’s Super Friends. PAD’s clever conversion of Arthur to more of a barbarian-king figure was quickly picked up in other places like Grant Morrison’s JLA and the Superman and Justice League animated series. And besides all that, it’s good stuff, well worth reading. Challengers of the Unknown by Jeph Loeb & Tim Sale HC, DC Comics. Here’s another lost and underrated gem from the early ’90s: Jeph Loeb and Tim Sale’s reinvention of the Challengers for the then-still-new post-Crisis DC Universe. Clue TPB, IDW Publishing. This adaptation of the classic board game by Paul Allor and Nelson Daniel was a pleasant surprise: engaging, funny, beautifully drawn and a little bit meta. Check it out. (Cover by George Caltsoudas.)