Batman #36, DC Comics. Tom King has been at his absolute best writing the relationship between Batman and Catwoman. Now, hot on the heels of the wonderful Batman Annual #2 — which surprisingly gave us the ending of the entire story (or at least an ending) — we get the next chapter of Bruce and Selina’s Let’s Tell Everyone We’re Engaged Tour. After crossing swords (literally) with Talia, they visit a couple of people less likely to want their heads: Clark and Lois. With art by Clay Mann and Seth Mann. Colors by Jordie Bellaire. 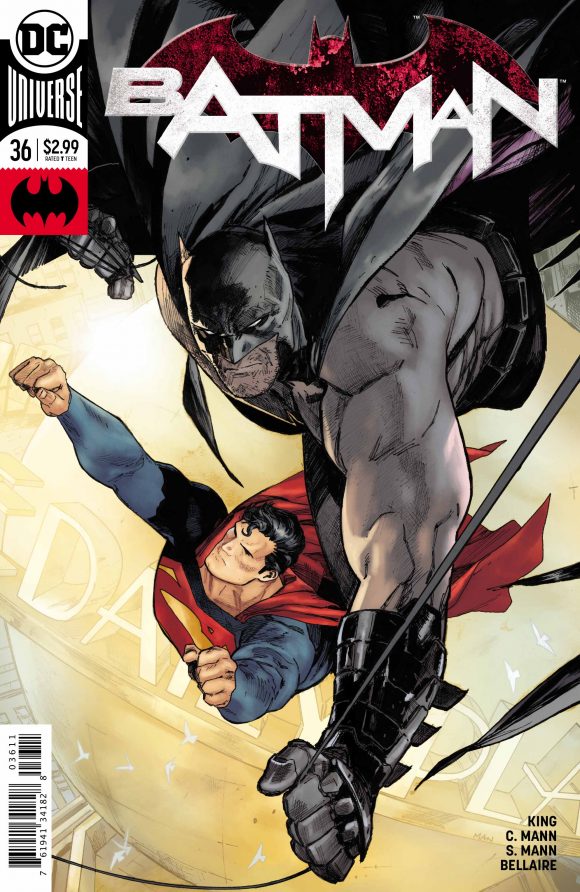 DC Holiday Special: 2017, DC. This year’s anthology features two very good reasons to get excited: Tom King and Francesco Francavilla have Sgt. Rock fighting Nazis on Chanukah (click here for a SNEAK PEEK) and Denny O’Neil returns to Batman. O’Neil, my favorite Batman writer of all time, is paired with artist Steve Epting. I asked Epting about working with the legendary scribe: “I wondered how I got so lucky, but did not hesitate for one second to jump at the chance to work with Denny. It’s a ‘bucket list’ gig for sure and I’ll always be grateful I was offered this opportunity,” Epting said. 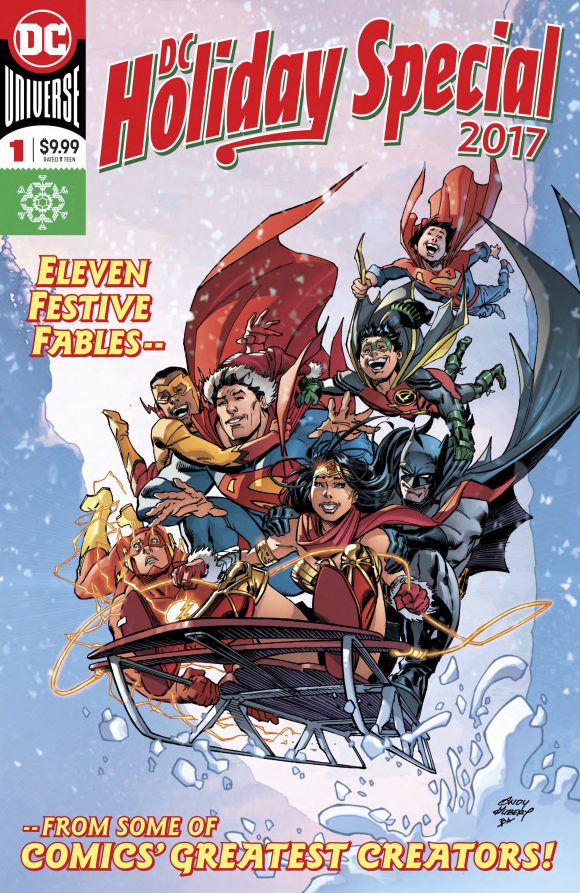 Barbarella #1, Dynamite. Man, Dynamite is really banking on the return of the classic space-faring heroine. 16 covers total! I’ve liked their recent Red Sonja, Sheena and Bettie Page books, so I’ll give this a try. By Mike Carey and Kenan Yarar. 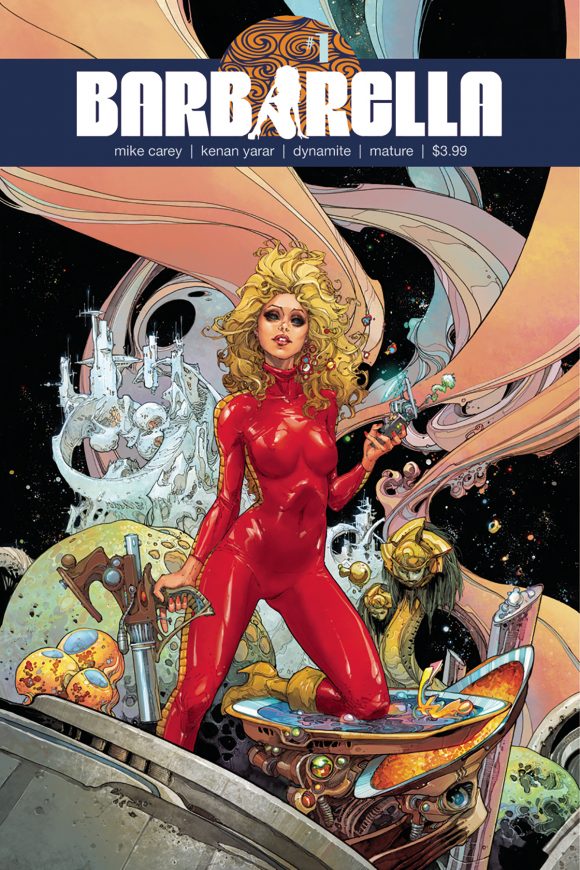 Red Sonja #11, Dynamite. Speaking of, the latest chapter in Sonja’s trip across America is also out this week. By Amy Chu and Carlos E. Gomez. 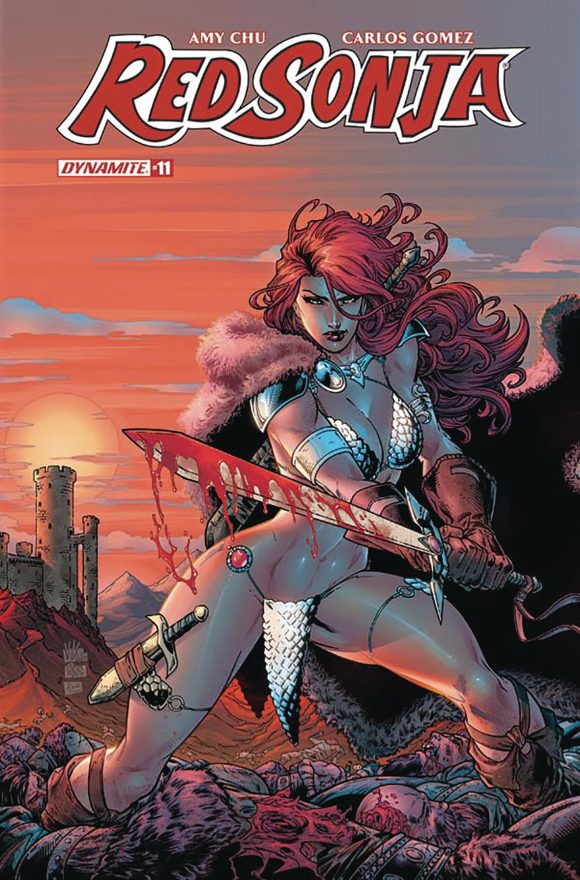 Captain America #696, Marvel. Hey, guess who else is traveling across America? I wonder if Cap and Sonja will run into each other. I mean, just check out the way each of them handles their swords. Anyway, Mark Waid and Chris Samnee got off to a great start last issue. No reason to expect this will be any different. (Click here for a SNEAK PEEK.) 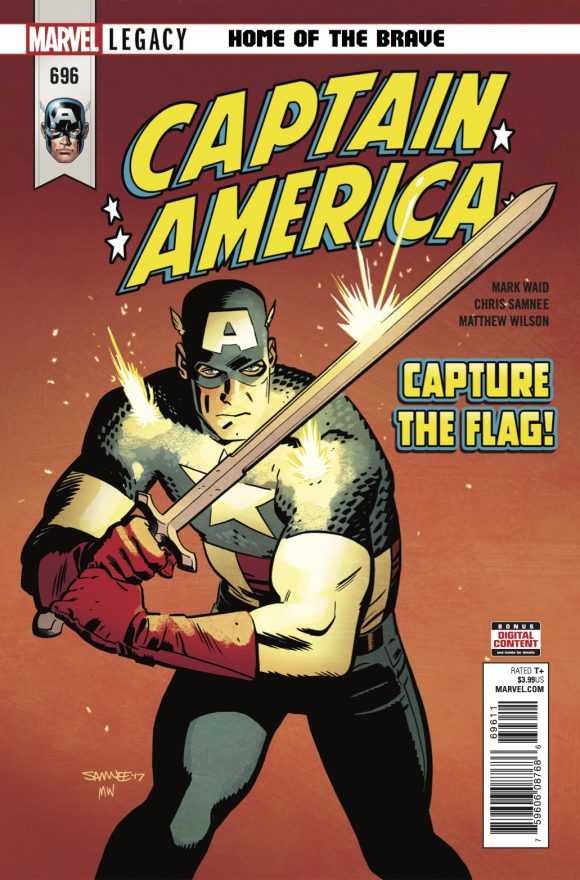 The Mighty Crusaders #1, Archie/Dark Circle. Ian Flynn and Kelsey Shannon relaunch the classic super-team. Wanna know what to know going in? Sure you do. Click here. 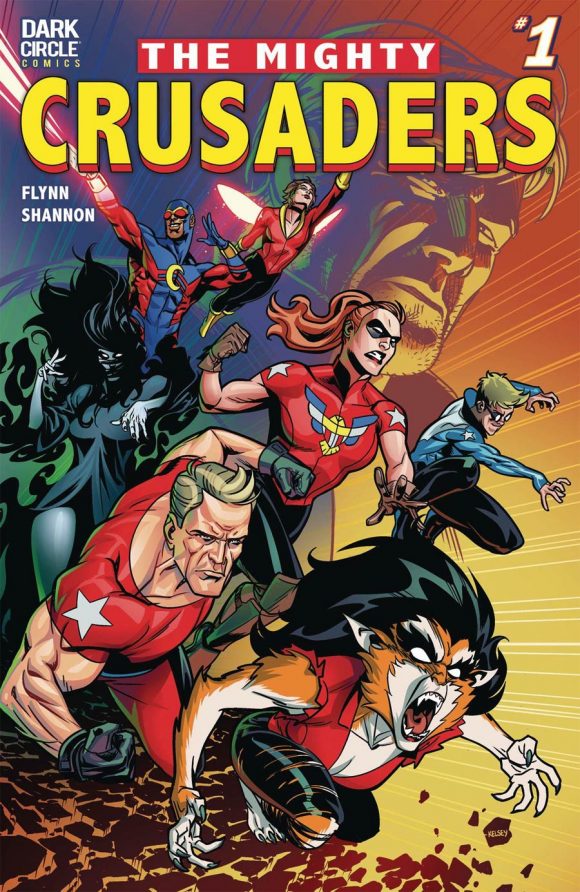 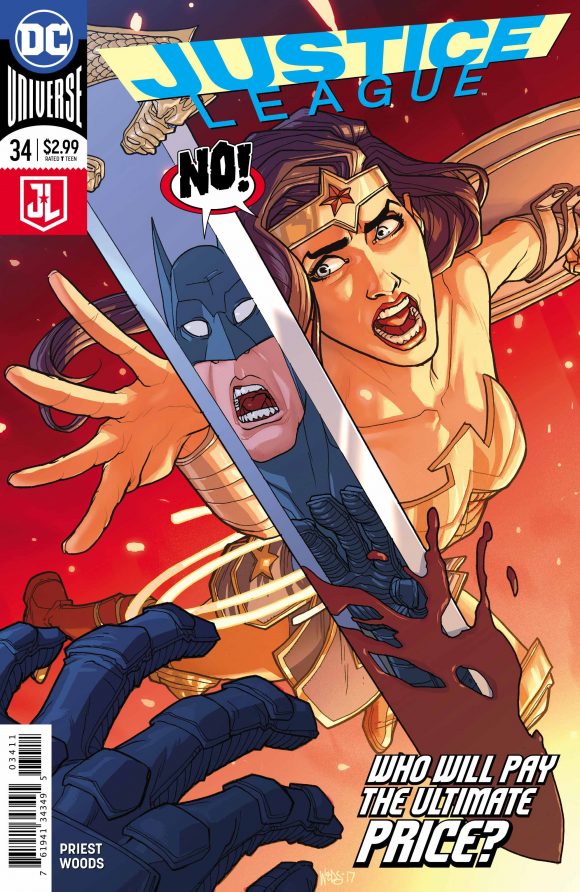 Nightwing #34, DC. Tim Seeley ends his lengthy run with Dick Grayson. (Don’t forget: He and King had a smashing run together on Grayson.) Seeley talks about it all here. Art by Javier Fernandez, with colors by Chris Sotomayor. 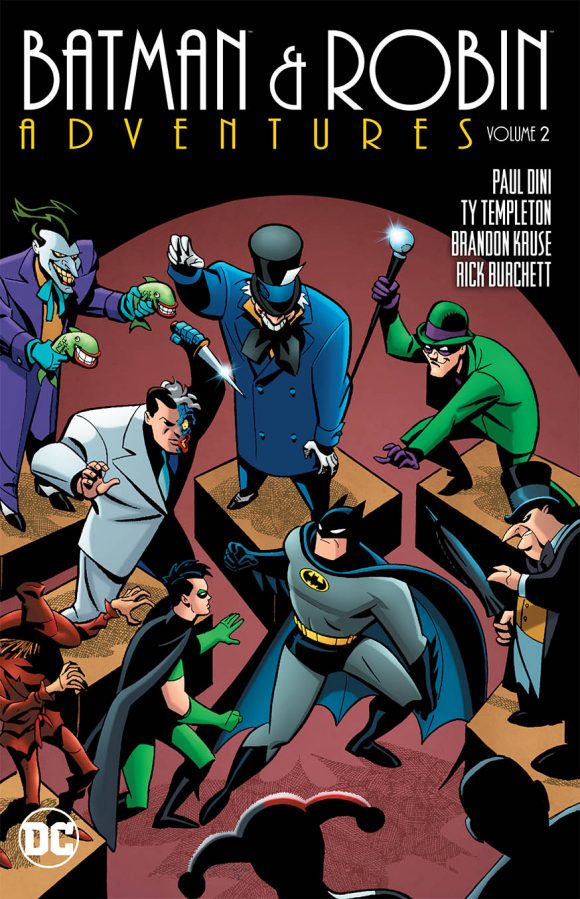 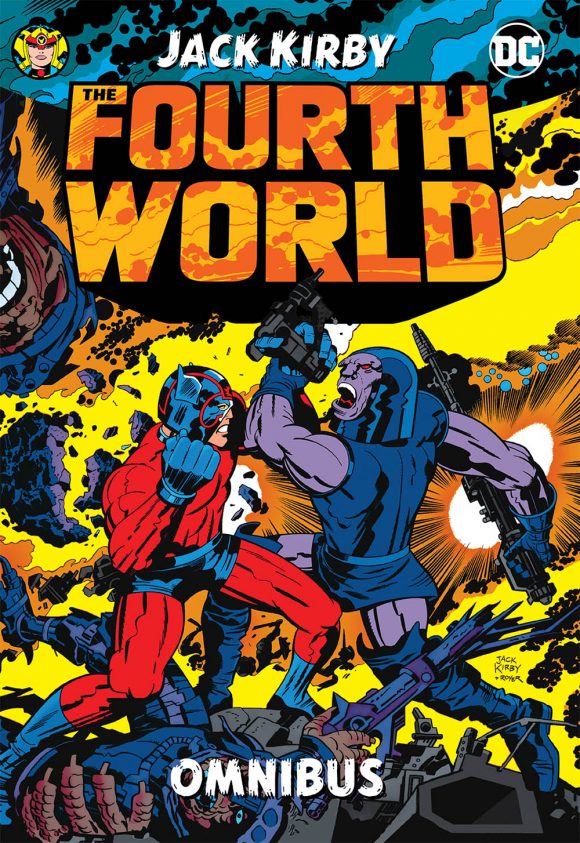 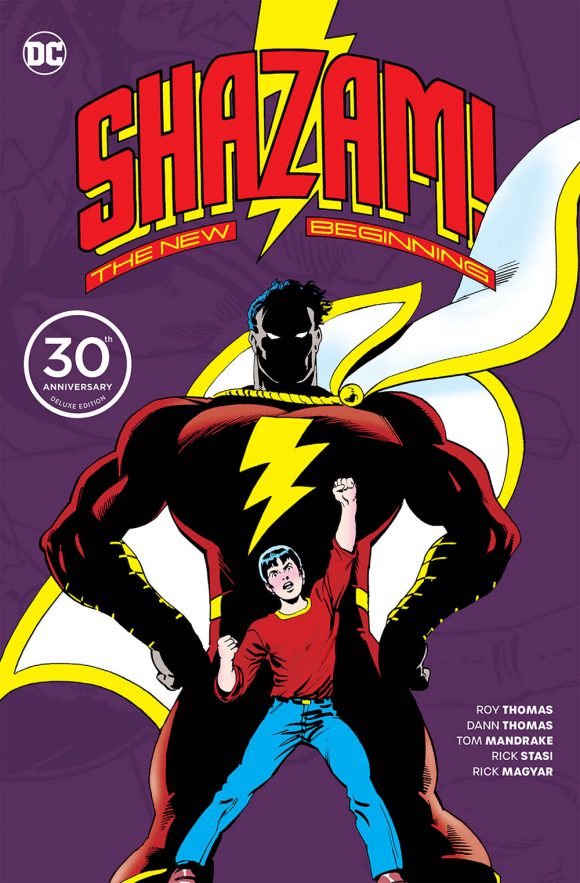 Star Trek: The Next Generation — Mirror Broken #5, IDW Publishing. The grand finale, with Captain Picard and the crew of the newly stolen Enterprise-D against a Klingon-Cardassian armada! Presented by David Tipton, JK Woodward, Charlie Kirchoff and your humble narrator. 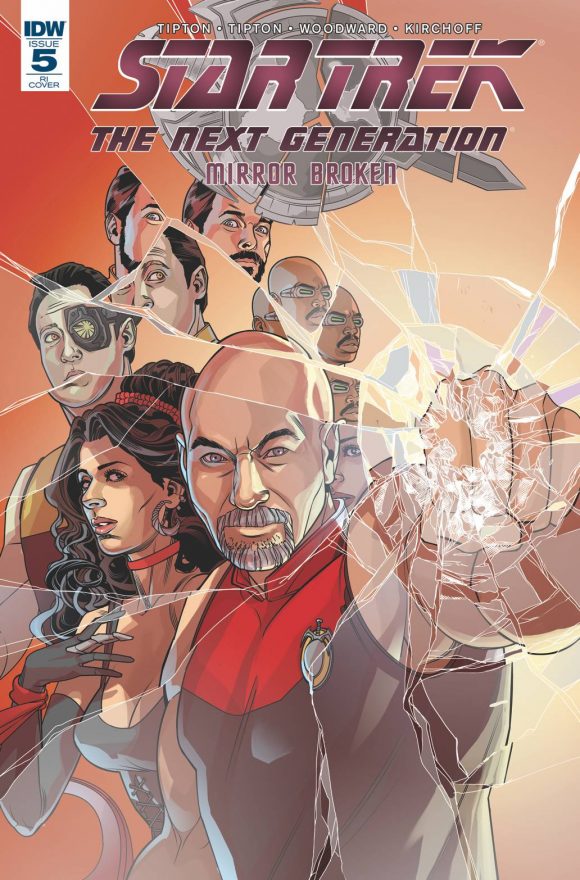