Batman #35, DC. Here’s where we’re at: Batman is going to marry one of the most dangerous women in the world. They’ve traveled halfway around the world to rescue a friend and tell the mother of his son, who happens to be even more dangerous. Now, the two women — Catwoman and Talia — are gonna fight it out with swords. In the desert. How did Grant Morrison not come up with this idea in seven years? Good thing Tom King has. Art by Joelle Jones with color by Jordie Bellaire. (Oh, by the way, this is also Batman #800.) 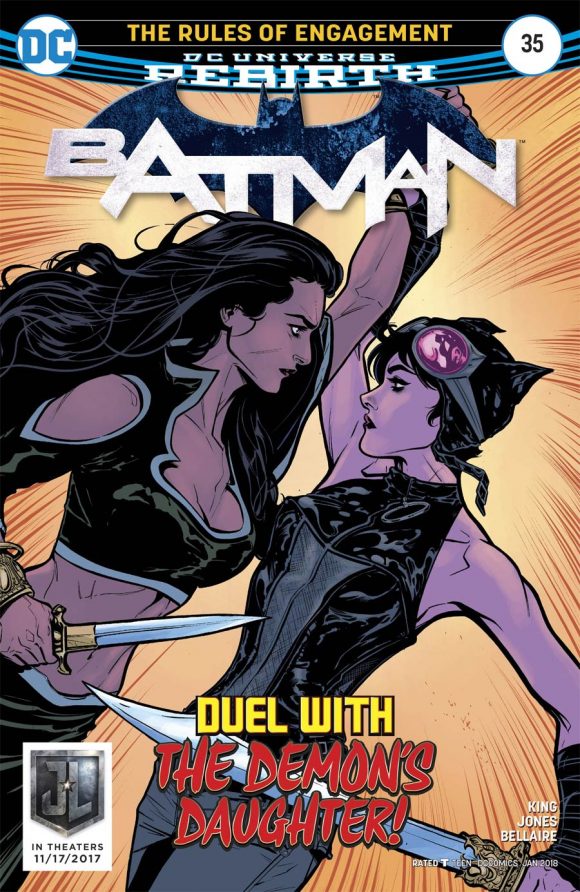 Amazing Spider-Man #791, Marvel. I never warmed to the idea of Peter Parker as a successful, full-time scientist or wealthy industrialist. There are some ideas that are ingrained in me and one of them is that Pete is the Everyguy who has to struggle to make ends meet while juggling all the other craziness in his life. So with Marvel Legacy stripping away the finery, I’ve really enjoyed Dan Slott and Stuart Immonen’s Bold Old Direction. And his relationship with Mockingbird is cute too. Does Clint know? 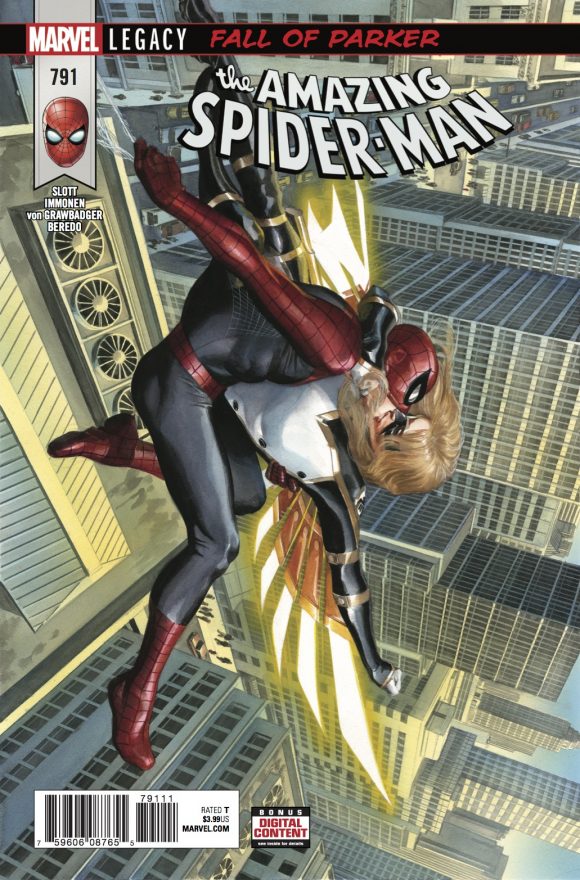 Aquaman #30, DC. The first arc since the book went monthly with Dan Abnett and Stjepan Sejic wraps up. Aquaman’s been in hidden exile within Atlantis, Dolphin at his side. Meanwhile, the #Resistance grows… 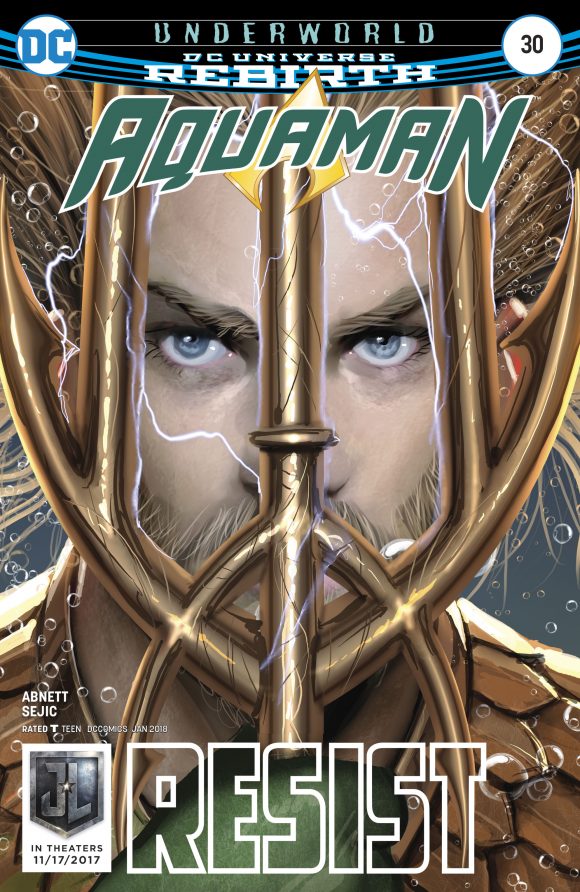 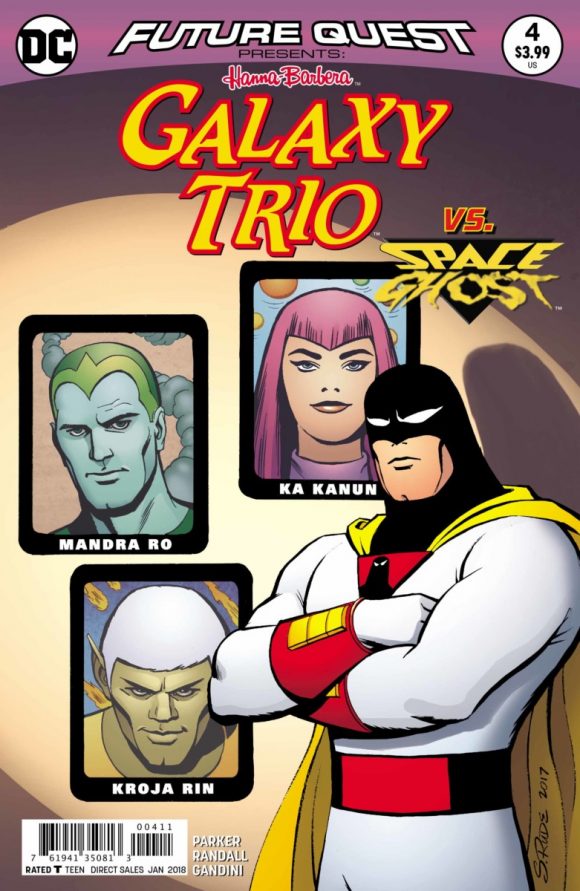 Sheena: Queen of the Jungle #4, Dynamite. I love Moritat’s art. And the story by Marguerite Bennett and Christina Trujillo is also cool. Not Brand Echh #14, Marvel. Forbush Man is back! Here’s another Marvel Legacy one-shot that — in spirit, anyway — picks up where previous series left off. The last issue was in 1969, by the way. This time, creators like Chip Zdarsky, Katie Cook, Ryan North and Jay Fosgitt bring the funny. (Click here for a SNEAK PEEK.) 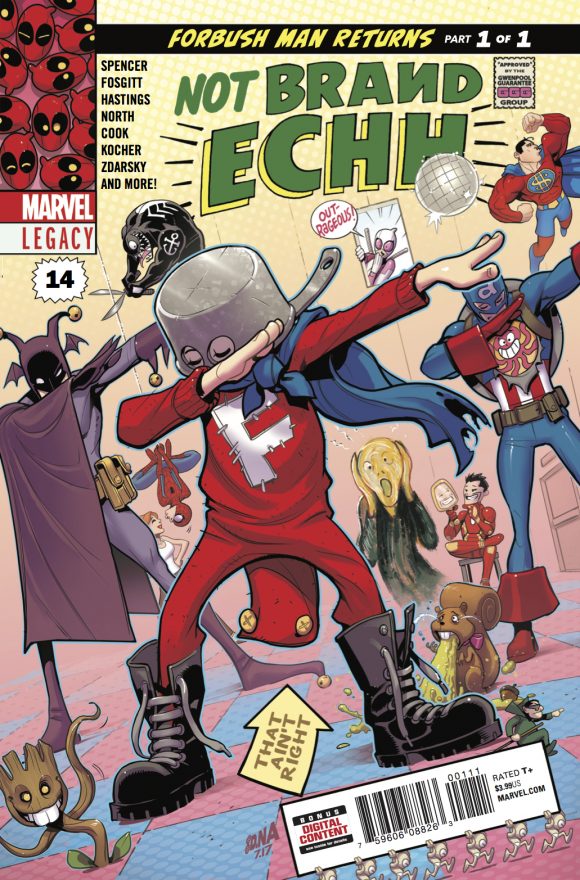 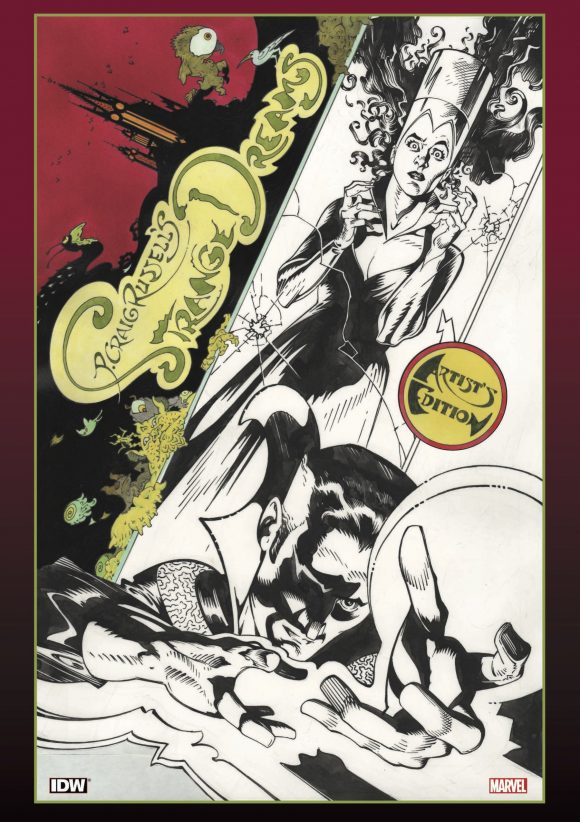 Spider-Men II #4, Marvel. Better buy it while you can, people. Planet of the Apes, IDW Games. According to one description, in this game “each player takes control of one aspect of Colonel George Taylor’s psyche, and must work together to survive the Planet of the Apes!” I gotta find out what that means. 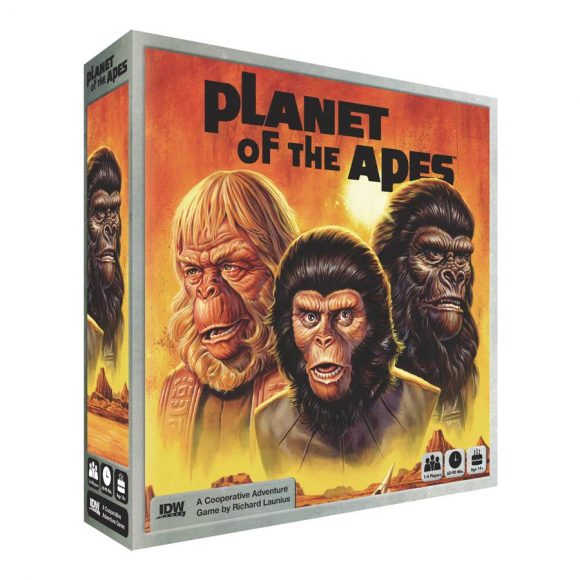