Elfquest anyone? How about some Star-Lord and Rocket? Oh, and Waid is back from San Diego.

Legendary Star-Lord #2 and Rocket Raccoon #2, Marvel. If we don’t sell out of our order on these comics plus whatever we may have left of the first issues, we ought to just go into the car-wash business instead. DID YOU SEE THAT MOVIE? 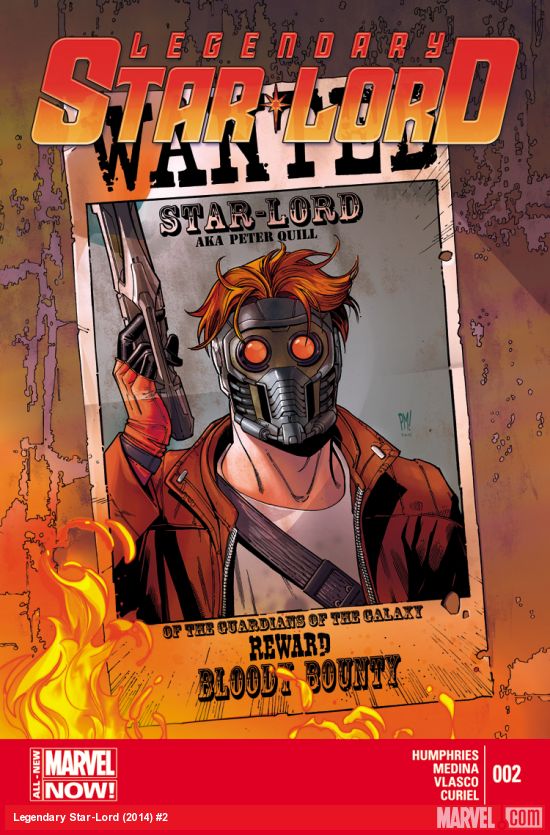 Nailbiter #4, Image. This continues to be one of the most talked-about new series at our store. Word of mouth really helps sell this.

It’s the “Ermagerd, they’re back!” edition of Hot Picks this week.

The Complete Elfquest Vol. 1, Dark Horse Comics. First and foremost is Wendy and Richard Pini’s Elfquest, finally back in print.  If you haven’t read about my love of Wendy Pini, go do that, then buy this trade. It’s the main quest, the whole shebangabang for 25 smackers. If you haven’t read this, you must. The granddaddy of indie comics, let alone sword & sorcery, at an affordable price? You will never look at elves the same. As a retailer, I’m ridiculously thrilled to put this book into people’s hands. 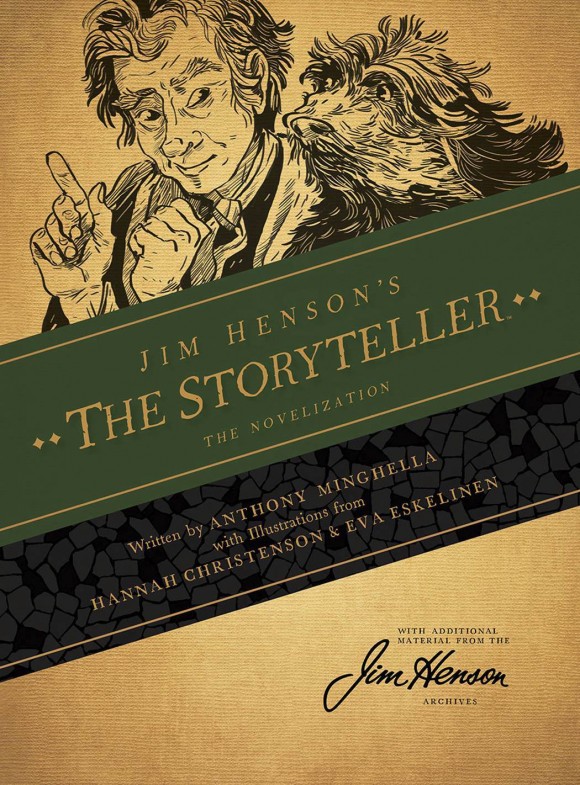 SIP Kids, Abstract Studios. Ah, Terry Moore. How I love thee. Let me count the ways: Strangers in Paradise, SIP Too, Echo, Rachel Rising, the soon to be filmed Rachel RisingTV show … And now SIP Kids! I want to read this book while eating donuts. No, wait… Froot Loops. All of our beloved (and not-so-beloved) characters in kid form, and full color! So good it must be fattening.  So … Froot Loop donuts?

The Complete Elfquest Vol. 1, Dark Horse. I have been waiting for this collection since they announced it last year. You never forget your first comic and this was mine. The story of a tribe of elves called the Wolfriders who are forced out of their homes and must journey through unknown territory is the story that started my whole love of comics. Richard and Wendy Pini are a perfect pairing of a great story with equally awesome art. I hope that kids can pick this up and have the same experience as I did. 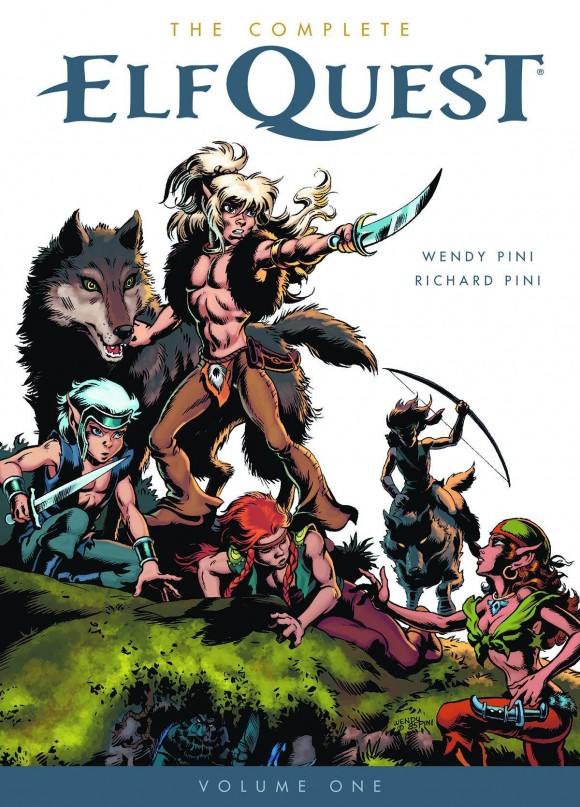 Another amazing week. If you don’t think we are living in the new Golden Age of comics, I can show you my original list of picks, which came to 10 or so. … We’ve got Jim Starlin returning to Thanos, Steven Universe in comic form, Joe Casey doing Kirby with a slew of amazing artists, manga versions of Les Miserables and Pride and Prejudice, the return of Howtoons and the last issue of Kick-Ass 3. And those aren’t even the ones I KEPT on the list!

Ring of the Nibelung Hardcover, Dark Horse. Out of print for quite some time, P. Craig Russell’s stunning adaptation of one of the greatest fantasy tales ever is back in one deluxe hardcover! Collecting both volumes and a whole load of extras, this beauty clocks in at more than 400 pages. For $30 how can you pass up this Eisner-winning series?!

Demon #1, Shigabooks. Jason Shiga is kinda sorta a genius. He’s also a wonderful storyteller. In this 21-issue series (gotta love a creator who knows EXACTLY how long his story is!) we follow Jimmy Yee, who suffers from demonic possession and has no skills but some fairly intense mathematical training to help him. Don’t miss this one, for real.

How the World Was: California Childhood, First Second. In the ’90s, French cartoonist Emmanuel Gulbert struck up a friendship with American veteran Alan Cope. Through meticulously recorded conversations and back-and-forths, the two created the powerful story known as Alan’s War, all about Cope’s time as a GI in France during World War II. Powerful book, considered a masterpiece by many, Alan’s War focused only on a very short span of Cope’s life, but Emmanuel and Alan’s conversations covered far more than that. Now, a few years after Cope’s death, Gulbert returns with a new book all about Cope’s childhood in Depression-era America. With information from their talks and meticulous research by Gulbert, this memorial to his friend is powerful and wonderful. 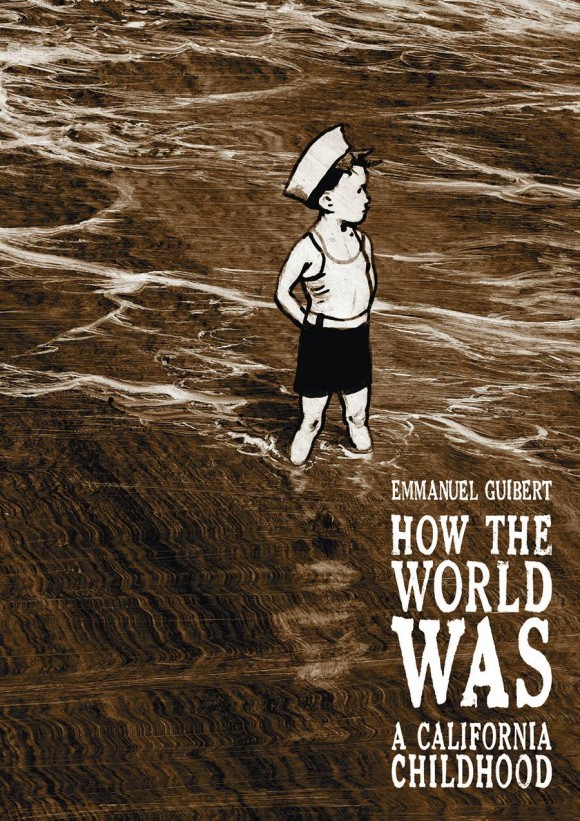 Demon #1, Shigabooks. I’m struck by all of the solicit. Here’s the first sentence: “From Jason Shiga, creator of Meanwhile, Bookhunter, and Empire State comes a new 21-issue series about one man’s quest to conquer the world using mathematics and the power of demon possession.” 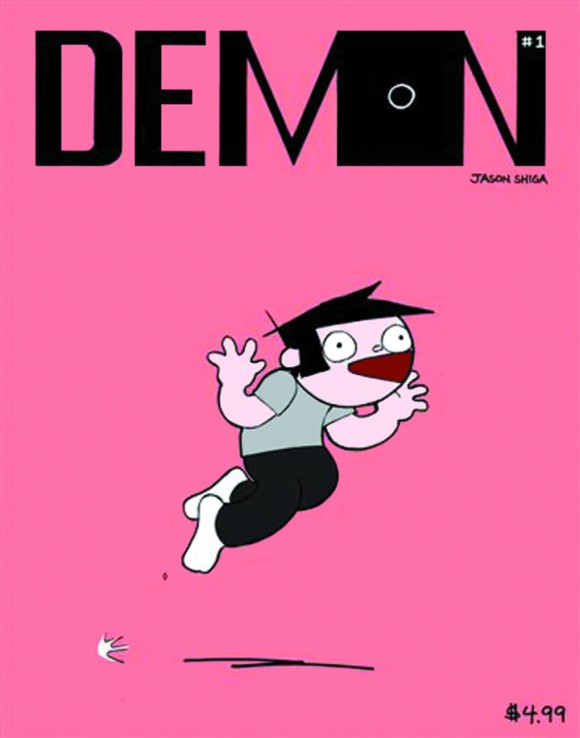 Juice Squeezers Vol. 1: Great Bug Elevator TP, Dark Horse. We skipped this in single-issue form, but Big Planet Comics (where I worked in high school) recommended it, and I want to support David Lapham doing color, all-ages horror. Ideally we’ll get a second and third volume in the near future, but with “Stray Bullets” back, I’m not sure. Did I mention this is David Lapham doing color, all-ages horror?

Captain Victory and the Galactic Rangers #1, Dynamite. I’ve never been a fan of Dynamite’s books, much of its talent, its aesthetics, or its propensity for variant covers. And Topps already tried such a rehashing of Kirby. But between this and (some of) its Creators Unleashed (this week’s Terminal Hero #1), I may no longer be able to wave off Dynamite. Joe Casey and talent like Nathan Fox are what this kind of book needs, so let’s give it a shot.