Aquaman #27, DC. This book is, hands down, DC’s best ongoing comic right now. I’ll be saying more about this soon enough but Dan Abnett and Stjepan Sejic are producing a lush, cinematic tour de force that is a rare immersive experience. Beautiful and dramatic. 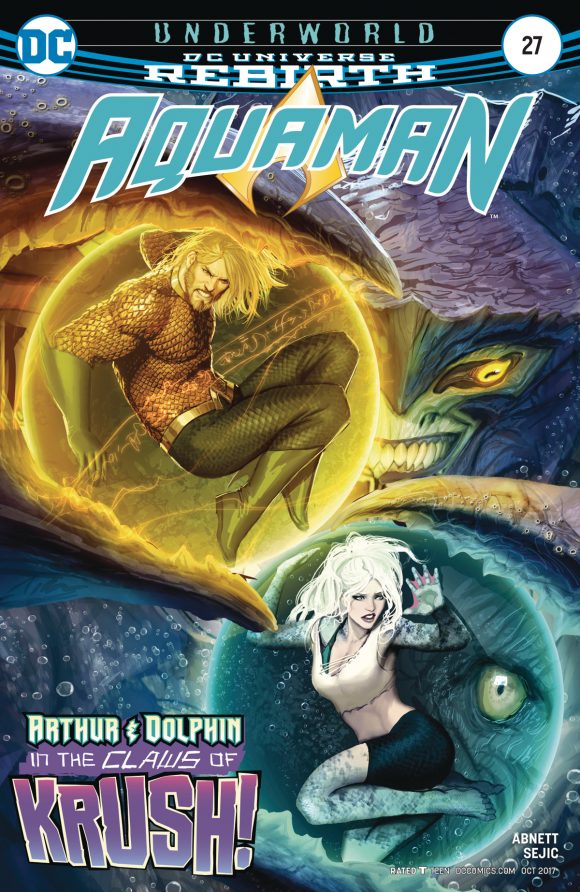 Dark Nights: Metal #1, DC. I read it. I dug it. I’ll have more to say about it. If you’re a DC fan of any stripe, pick it up. By the megawatt team of Scott Snyder and Greg Capullo (ably abetted by Jonathan Glapion and FCO Plascencia. But you knew that. 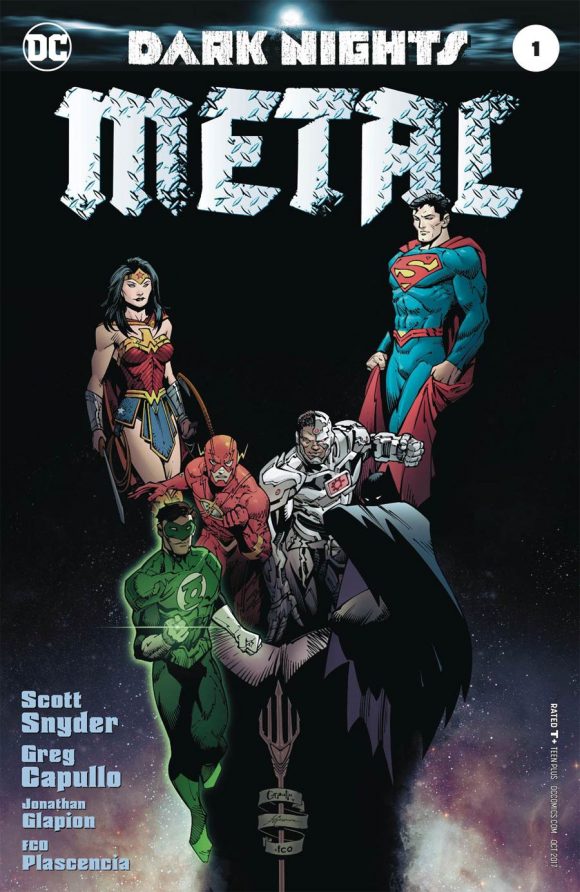 Silver Surfer #13, Marvel. I’ll paraphrase what I said in the intro to our EXCLUSIVE PREVIEW (which you can see here): This is the most romantic mainstream comic ever and I’ll miss it terribly when it ends this autumn. By Dan Slott and Mike and Laura Allred. 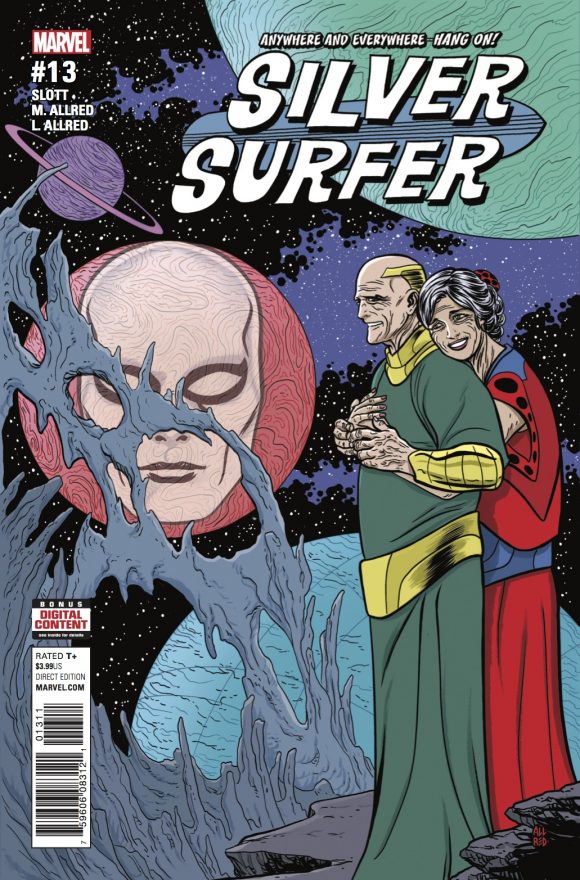 Sheena #0, Dynamite. I don’t know if you’ve seen the preview pages floating around, but man, they look good. (Click here to check ’em out.) No surprise since Moritat’s on art. Written by the team of Marguerite Bennett and Christina Trujillo. I love Dynamite’s 25-cent zero issues. Every publisher should do that! Worked for me on Red Sonja. I came for the price and stayed for the first-rate story and art. 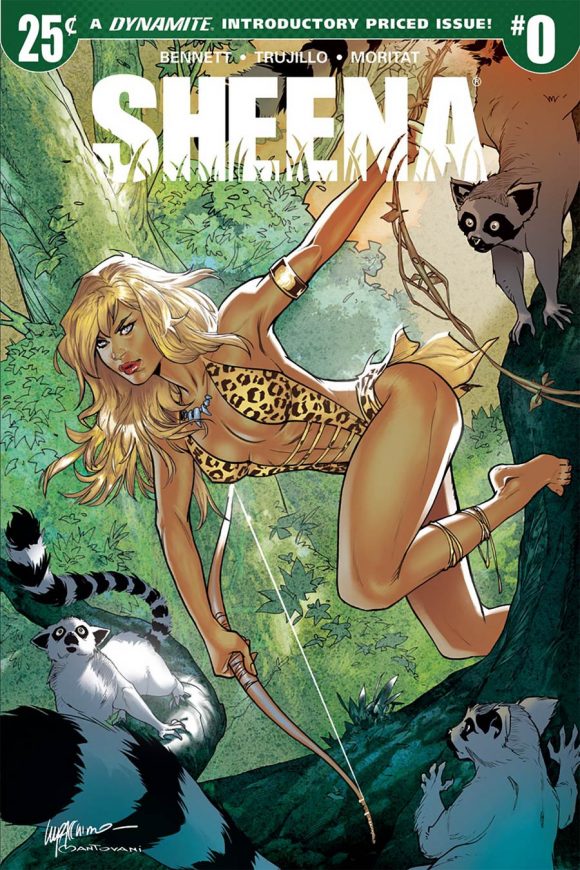 Super Sons #7, DC. This is such a fun book. Peter Tomasi not only has Jon and Damian’s voices down, he has their relationshop and banter down too. Best buddy book out there today. Guest-starring the Teen Titans. Art by Jorge Jimenez. 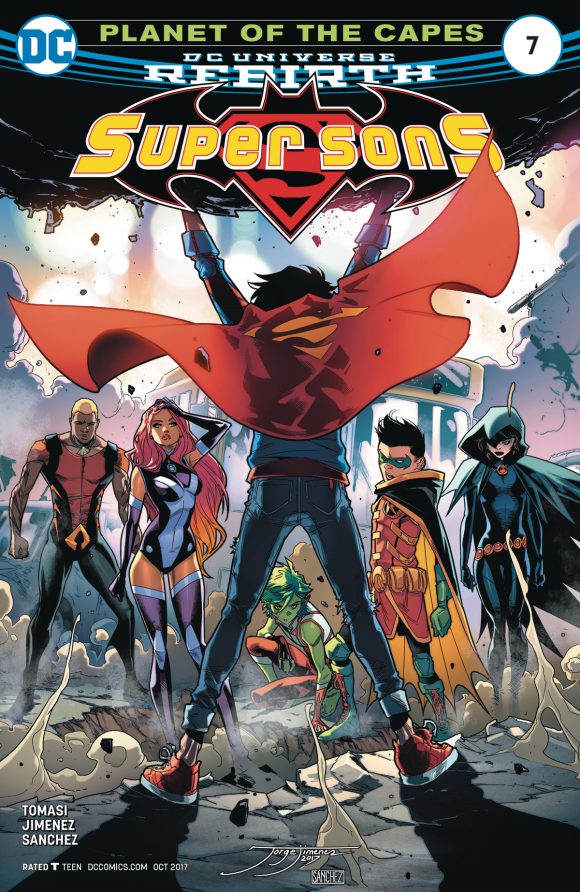 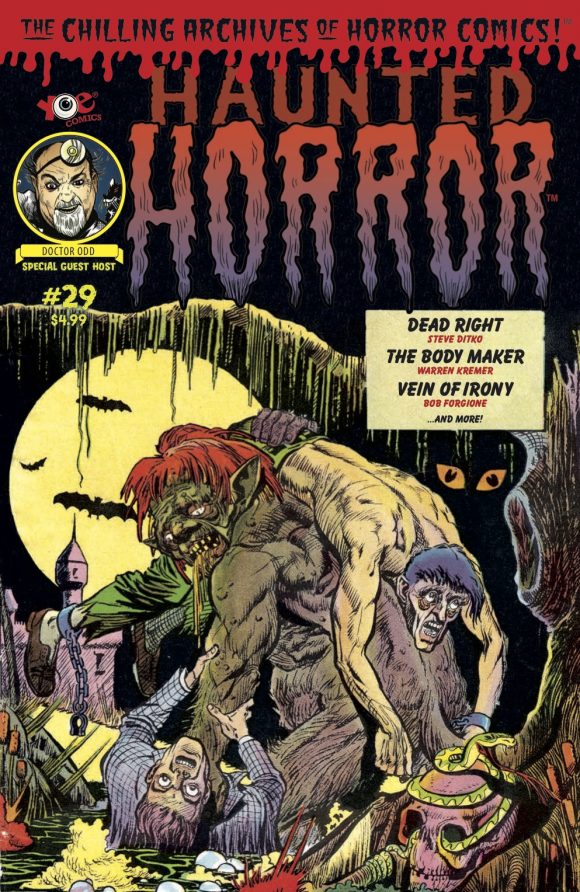 Generations: The Best — All-New Wolverine & Wolverine #1, Marvel. Tom Taylor and Ramon Rosanas bring the once and future Wolvies together in this pre-Legacy adventure. Side note: Why do companies insist on numbering one-shots? I mean, I actually know why. I just think it’s silly. 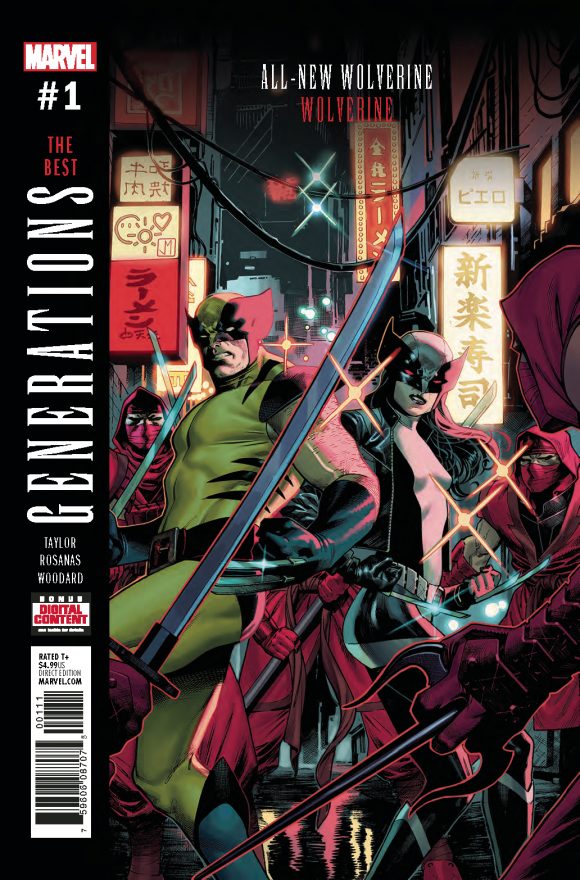 True Believers, Marvel. Two more dollar Kirby reprints. Collect ’em all! I am! This week, it’s Captain America’s origin from Tales of Suspense #63 and The Eternals #1. By the way, check out our 13 DAYS OF KIRBY 100 over here. You’ll be glad you did. Hard Case Crime: Normandy Gold #3, Titan Comics. I’m gonna judge a book by its cover and its overheated, all-caps solicitation copy: “WHEN HER YOUNGER SISTER IS FOUND AT THE CENTER OF A BRUTAL MURDER CASE, TOUGH-AS-NAILS SHERIFF NORMANDY GOLD IS FORCED TO DIVE HEADFIRST INTO THE SEEDY WORLD OF 1970S PROSTITUTION.” By Megan Abbott, Alison Gaylin, Steve Scott and Lovern Kindzierski. 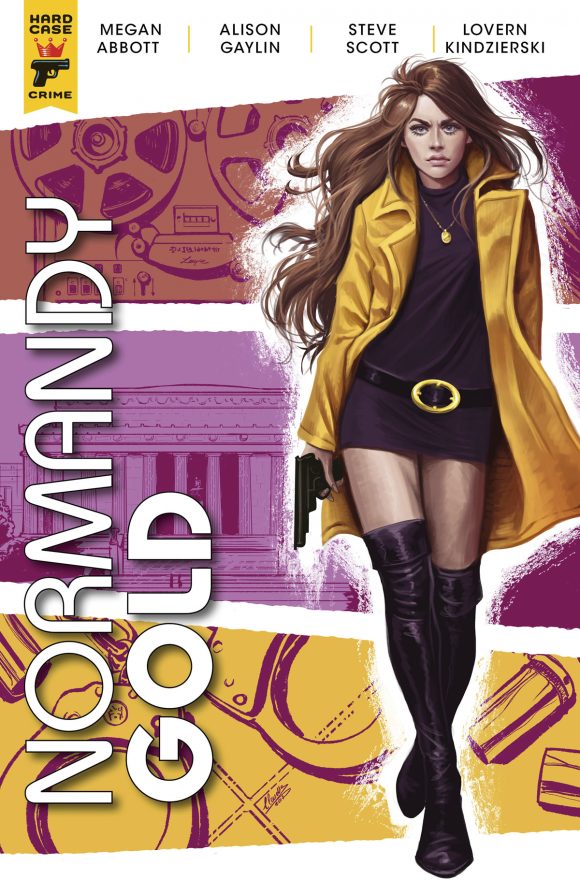 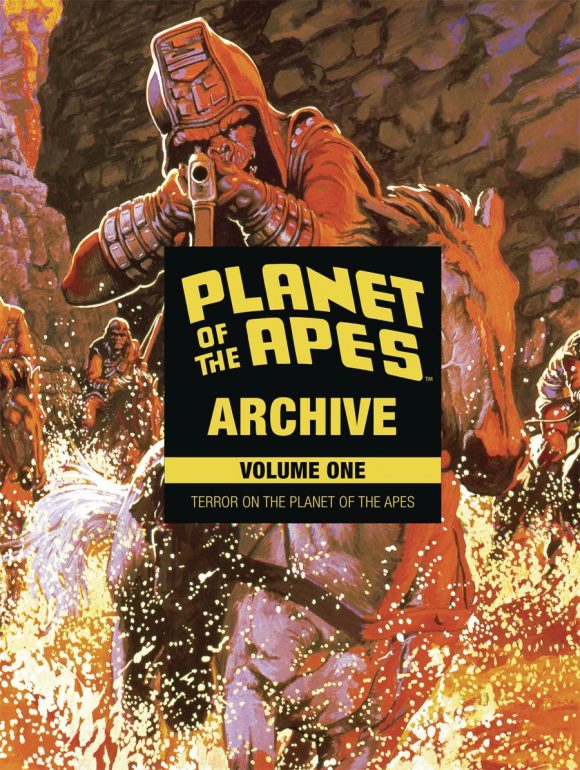 Future Quest Presents: Space Ghost #1, DC. As good as Future Quest was, I’m definitely in for this new Hanna-Barbera anthology series. (Dan concurs and adds: A Space Ghost issue! By Jeff Parker and Ariel Olivetti! Sign me up!) 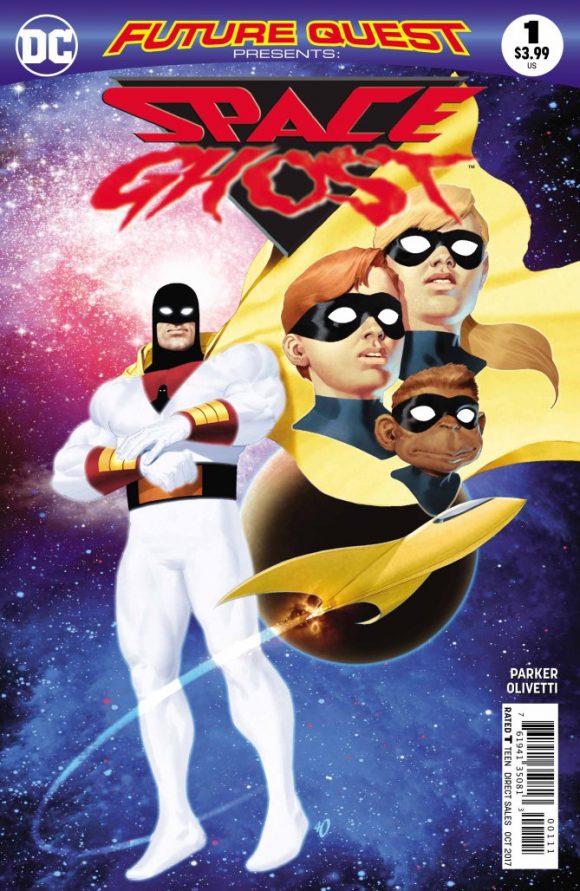 Star Trek: The Next Generation: Mirror Broken #3, IDW Publishing. Our tale of mutiny and betrayal continues as Picard makes his move to steal the Enterprise-D! Co-written by me, my brother David Tipton, with art by JK Woodward and colors by Charlie Kirchoff! (Dan concurs and adds: Mirror Universe or not, Wesley is still a tool.) 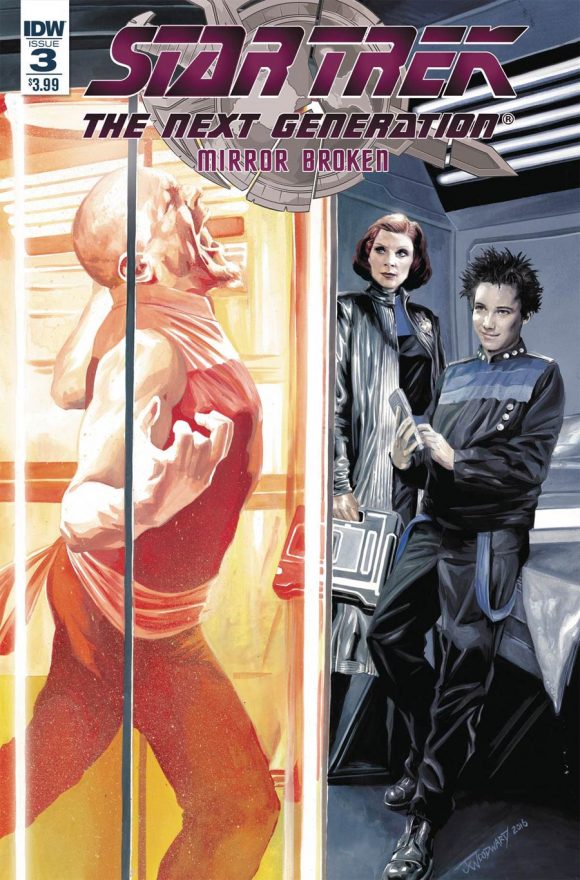