Sandman’s got everyone pretty excited, but there’s so much more among the titles out Wednesday 7/30!

Sandman Overture #3, Vertigo. After a too-long hiatus, Morpheus is back, walking the line of madness while the universe is gearing up for one last hurrah. I’m not giving the rest away. And do you really want spoilers on this title anyway?

The Wake #10, Vertigo. The long-awaited final issue! Will Leeward find the fabled lost history she’s been seeking her entire life, or will it be just a siren’s call in the night? Pick up the last issue to find out!

Hawkeye #19, Marvel Comics. How long has it been? I know, right? Anyhoo, it’s Kate vs. Madame Masque in this issue. Also, Kate finally finds out who the dude in the trench coat is, and it all dovetails together rather nicely, as only Matt Fraction can deliver. 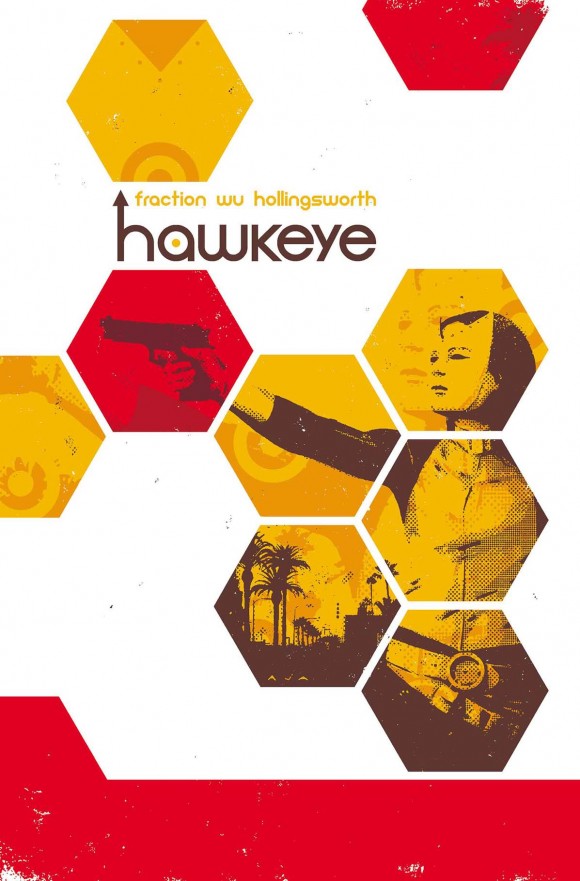 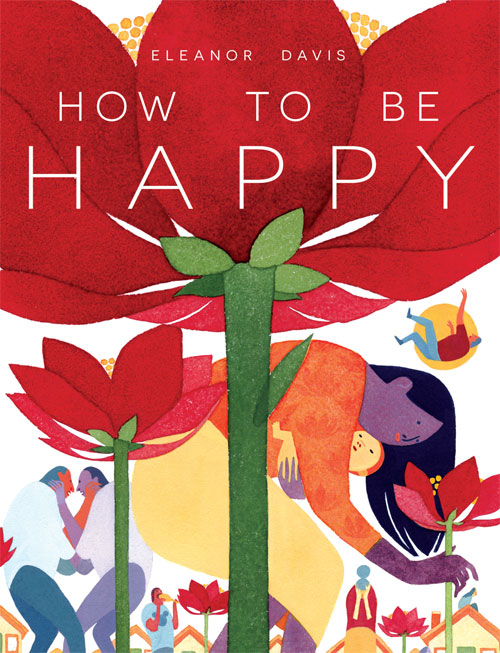 Day Men #4, Boom!  Of the first three issues, my manager said, “There isn’t anything in here I haven’t seen before, but it’s so beautiful –” and he didn’t need to finish his thought because we just nodded and made happy agreement noises about Stelfreeze’s art. 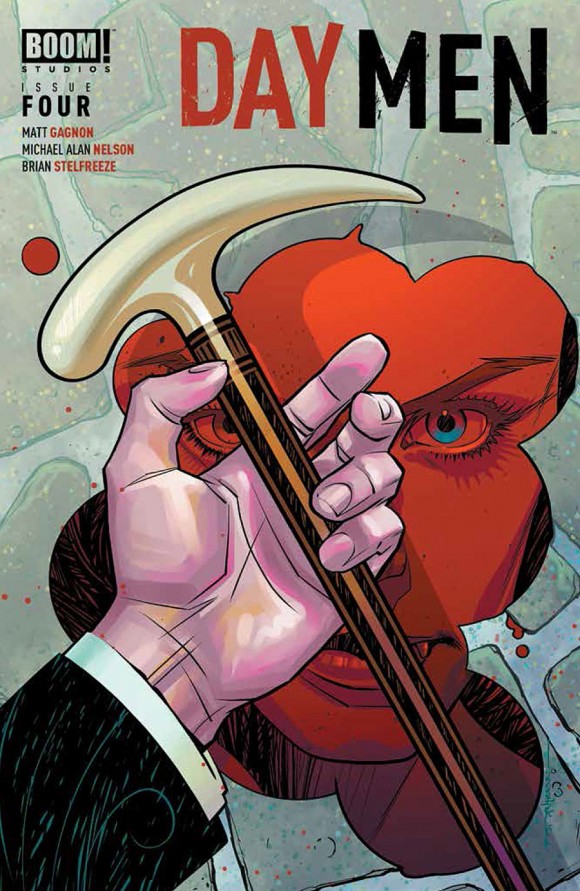 BONUS: Dan was on vacation last week, so here are the honorary Hot Picks from Hub Comics that never were: Transformers Vs. G.I. Joe #1; Supreme: Blue Rose #1; and Storm #1 (a great first issue, and a great X-Men solo first issue)!

Black Science #7, Image. The second arc is finally here and I could not be more excited! I didn’t read the issues when they were coming out earlier. Instead I picked up the trade paperback and drooled over every page in it. Rick Remender’s story about a group of dimension travelers trying to find their way back home after some sabotage had me hooked from the first page.

Ultimate FF #5, Marvel. The last page of the Ultimate FF #4 is by far my favorite page of 2014 so far. I won’t give it away, but it features the return of one of my favorite characters growing up. A different version of him, but it was such a cool surprise it really didn’t matter. If you’re a fan of old-school fun and cheesiness then you’ll like the return of this character as well. 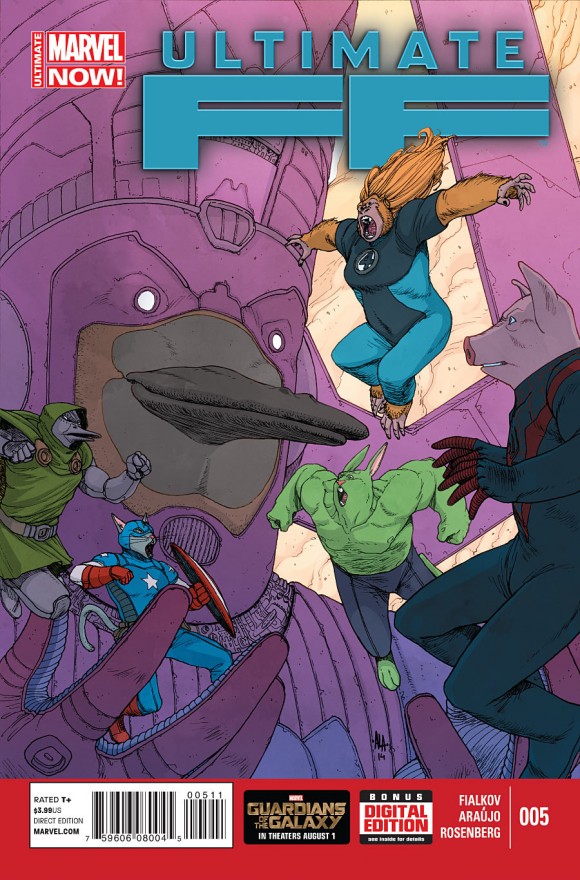 Sovereign #5, Image Comics. If you’ve not been reading Roberson and Maybury’s High Fantasy Realpolitick story of a world where cultures are clashing and the dynasty is in question, then you’ve been missing out. You could wait for the trade, but if your store has the back issues, or if you picked it up but haven’t gotten around to it, help the creators out by boosting sales on the single issue. You won’t be disappointed.

And Then Emily was Gone, Comixtribe. This is one of those books you just see the cover and read the synopsis: “W) John Lees (A) Iain Laurie (CA) Iain Laurie, Riley Rossmo. Greg Hellinger is a man who sees monsters. A former detective driven to the brink of madness by terrifying apparitions, he is tasked with finding a missing girl named Emily. Hellinger’s search takes him to a remote community in the Scottish Orkney Islands, where strange and terrifying things are happening.” And you’re hooked. I hope your store stocks this, cuz it looks great and Diamond is already sold out of it.

The Sandman: Overture #3, Vertigo Comics. It’s back it’s back it’s back! Not a week goes by that someone doesn’t ask for this book! It’s SANDMAN, drawn by J.H. Williams. Every issue has been breathtaking both in stunningly lavish displays and easy to follow flow and pacing. And Gaiman, despite his long absence, IS the King of Dreams, so it’s win-win all around. 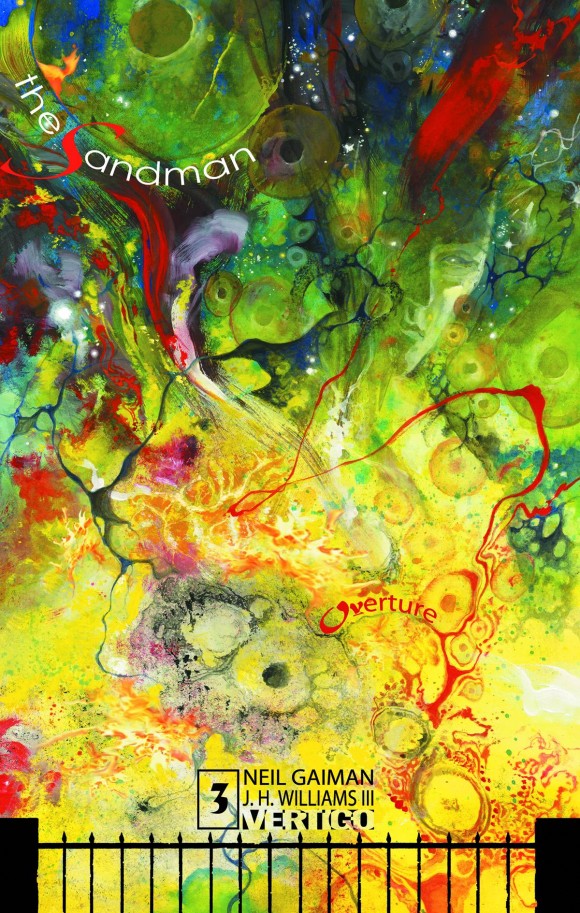