Batman #25, DC. The War of Jokes and Riddles — an early-days story about the Joker and Riddler fighting for control of Gotham — kicks off. Maybe we’ll get some tease about the Joker’s true name. Or maybe that’ll all play out in Snyder and Capullo’s Metal this summer and fall (my hunch). Still, I can’t believe there’s never been a big Joker vs. Riddler story before, so good on ya, Tom King. (Art by Mikel Janin and June Chung. Rad.) 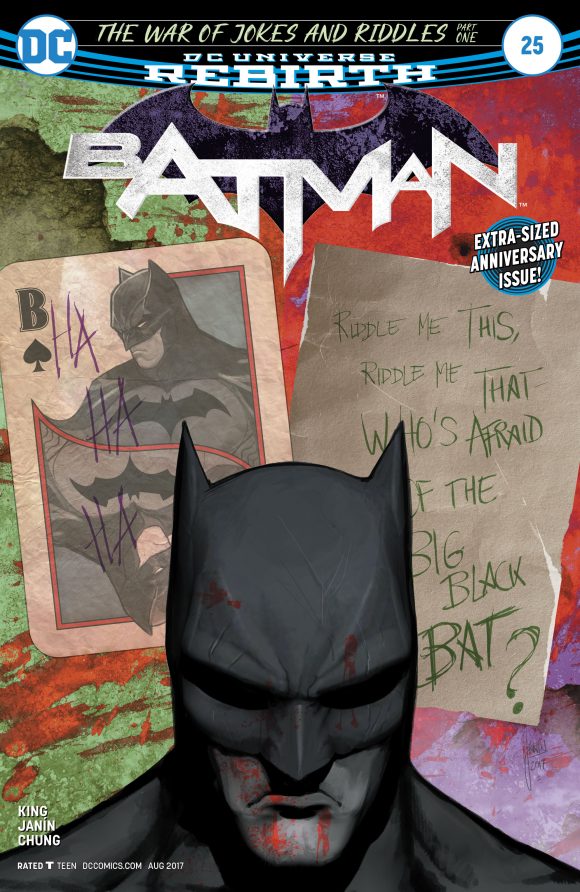 Silver Surfer #12, Marvel. This is so bittersweet. Silver Surfer by Dan Slott and Mike and Laura Allred has been my favorite Marvel title for years now. We’re not at the end yet, but it’s coming soon. So read these babies with all your Power Cosmic! 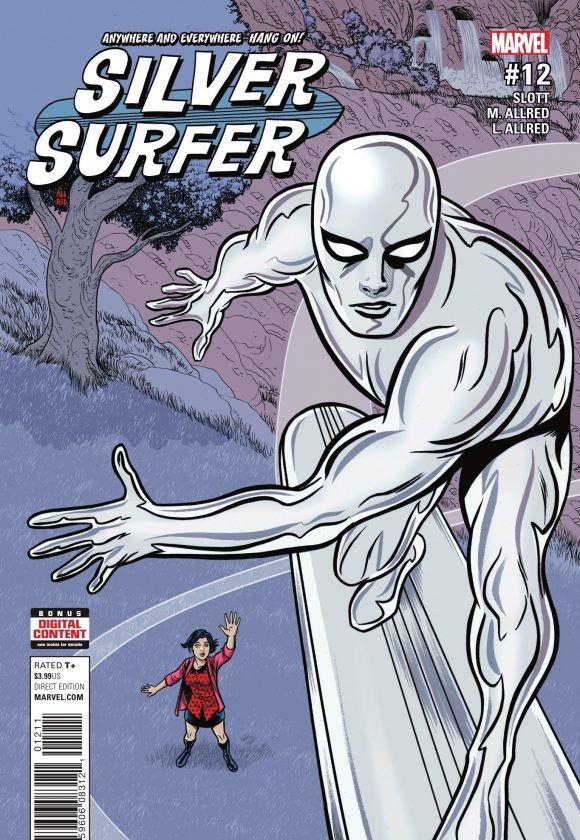 Aquaman #25, DC. Hey, what would happen if your good and righteous country were usurped by horrible people? Gee, I wonder what that would feel like. Well, now Aquaman knows too. From what I’ve seen, there’s some gorgeous art by Stjepan Sejic, who’s joining regular writer Dan Abnett on the Aquateam. Fancy. 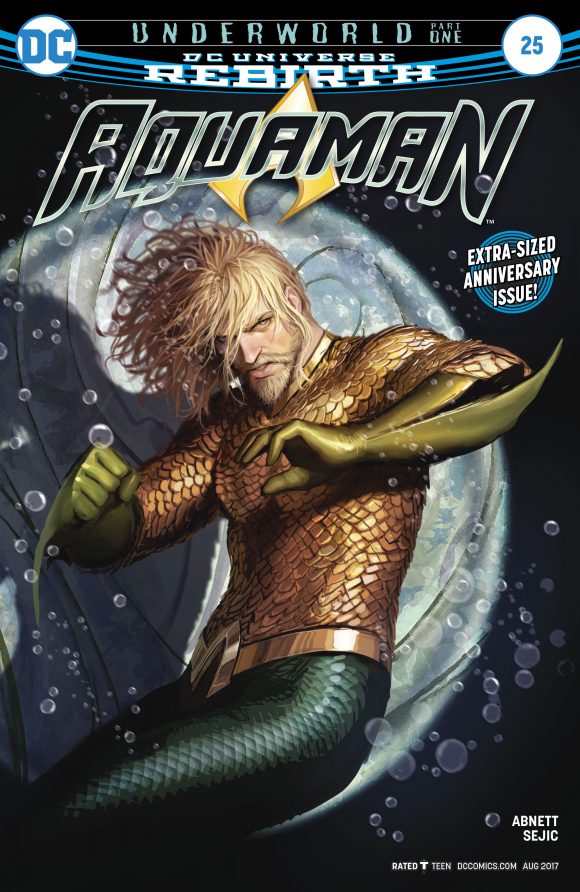 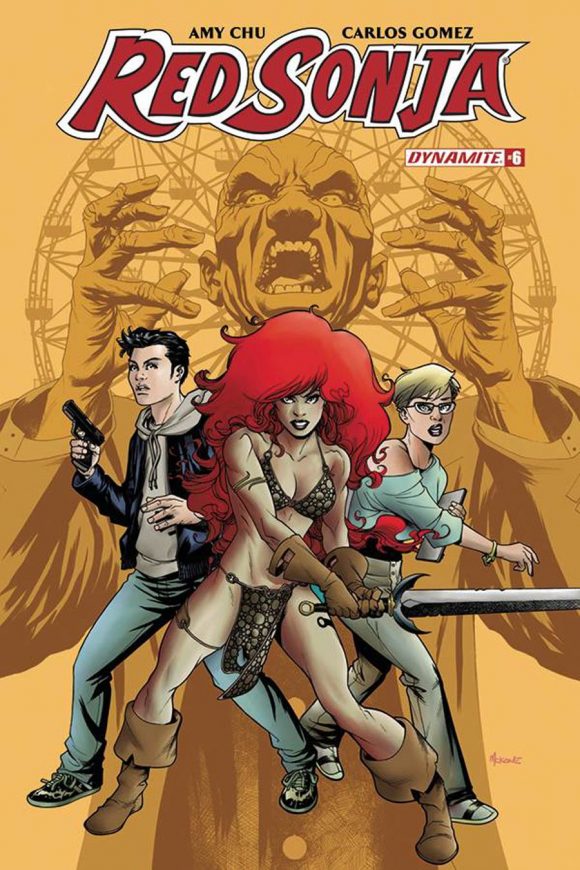 Peter Parker: The Spectacular Spider-Man, Marvel. Hey, a new Spidey title! Gotta try it out! By the ever-irreverent Chip Zdarsky and Adam Kubert. 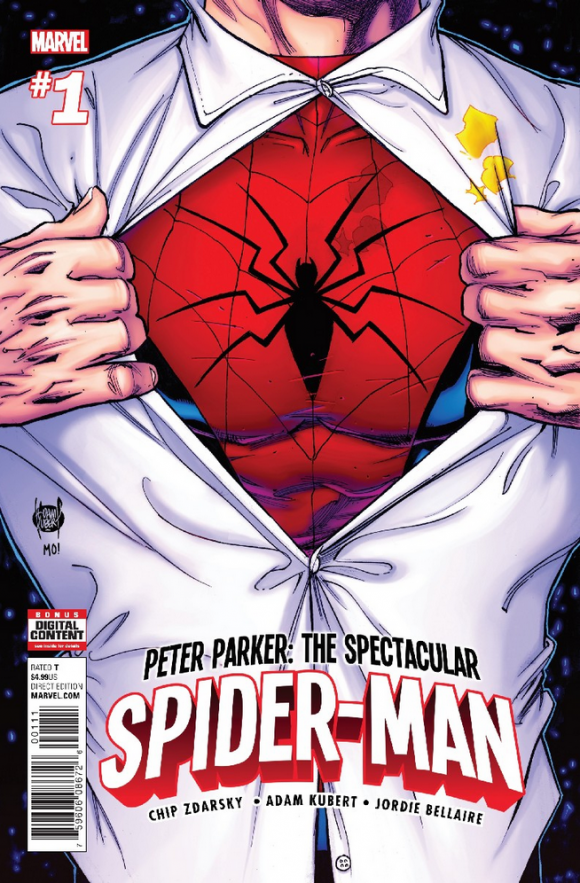 Superboy and the Legion Of Superheroes: Vol. 1 HC, DC Comics. Oh man, this is the good stuff. Bronze Age Legion tales from the 1970s, with art by folks like Jim Starlin, Mike Grell and Howard Chaykin. Like taking a ride in the Wayback Machine. 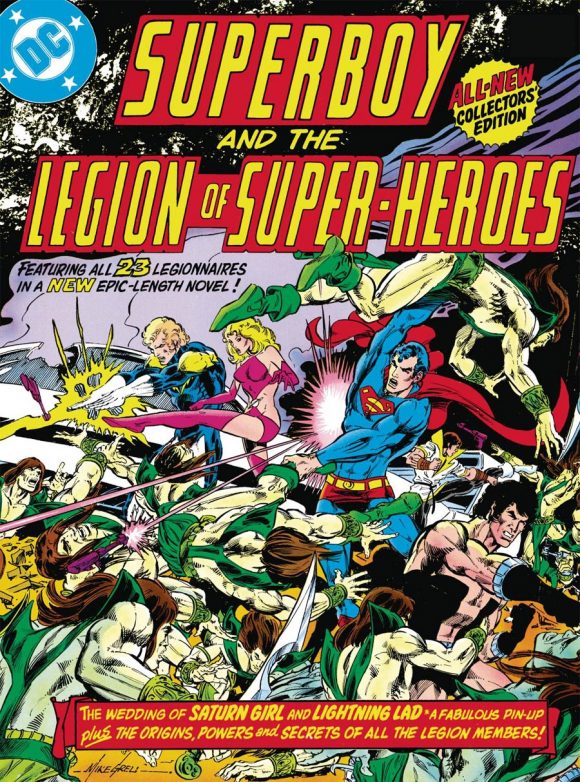 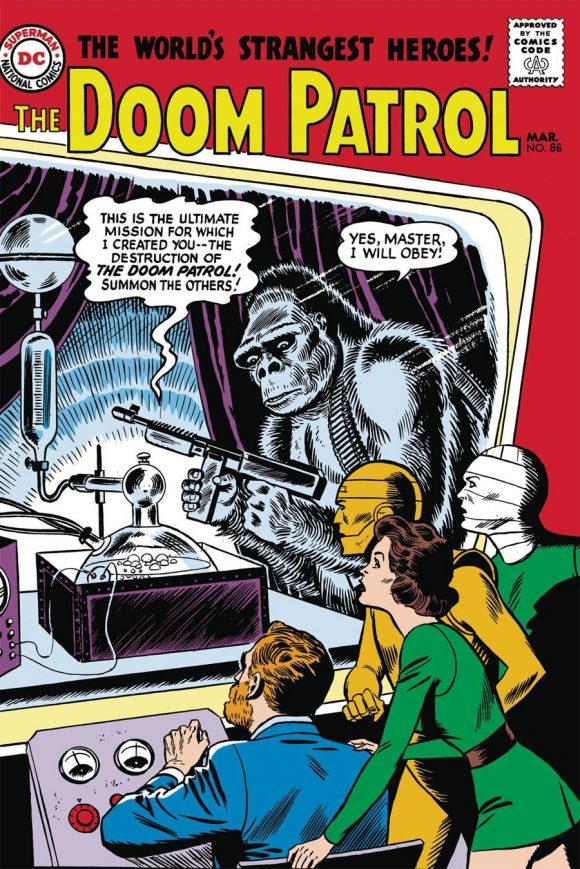 Spider-Man/Doctor Strange: The Way to Dusty Death TPB, Marvel. It never happened frequently enough for my tastes, but I always loved it when Spidey and Dr. Strange teamed up. If you did too, this collection of Spider-Man/Dr. Strange team-ups is right up your alley. And look at this list of creators! Stories by Stan Lee, Steve Ditko, Frank Miller, Denny O’Neil, Len Wein, Bill Mantlo, Chris Claremont, Gerry Conway, Roy Thomas, Kurt Busiek, Roger Stern, Mike Barr, Sal Buscema, Howard Chaykin, Mike Bair and Neil Vokes! 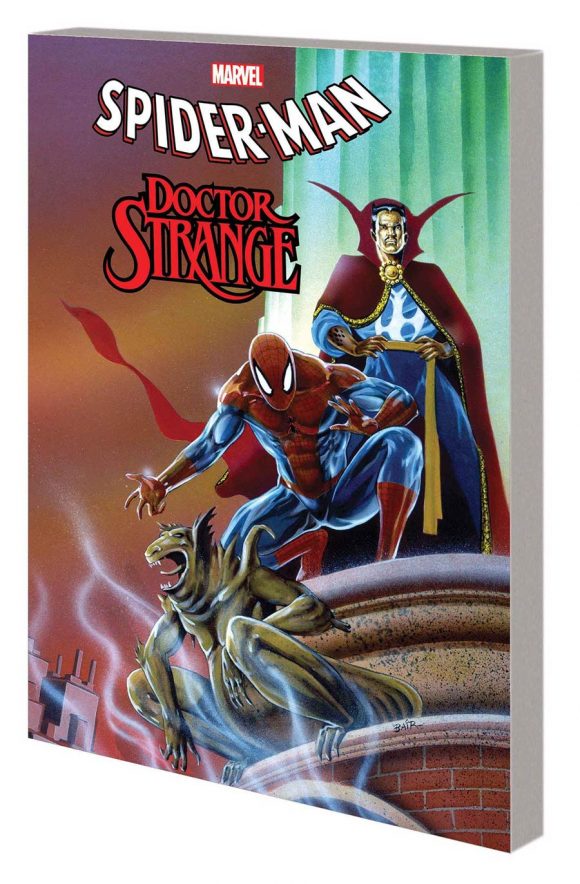 NOTE from Dan: Too bad it doesn’t come with a recording of this: