Lotta love for Archie and Bryan Lee O’Malley from the crew this week, as Menachem loses all sense of reason and lists a gazillion books.

Original Sin #6, Marvel. I didn’t think I would like this series. Not so much because of the premise, but because it’s an event. When I’m wrong I admit it. I LOVE this series. I seriously have trouble waiting for the next issue. As soon as Jason Aaron put the Punisher and Dr. Strange on a team, I was all in. On that subject, hey Jason Aaron? Can we have a Punisher/Dr. Strange Team-Up book? Pretty please?? With the Watcher’s eyeball on top? 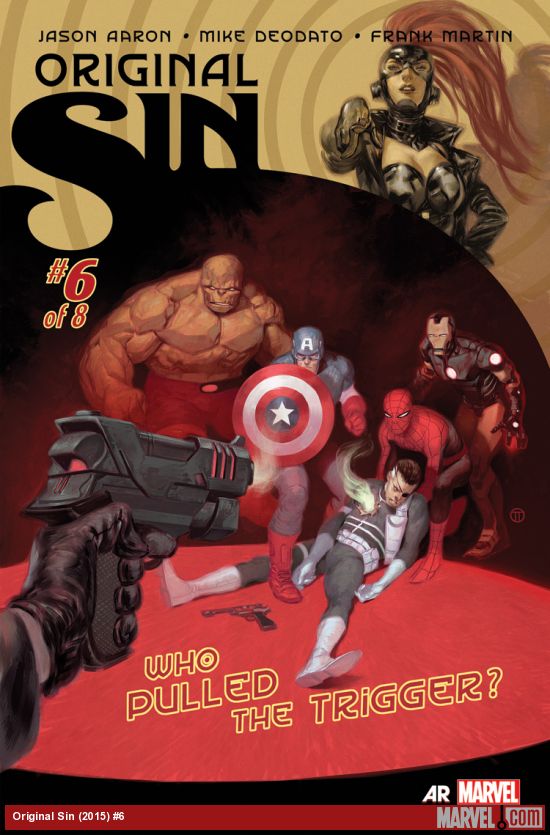 Alex + Ada, TP Vol. 1, Image. This is most definitely one of my favorite series to have come out in the last year. And trust me, there is some serious competition. This is such a subtle book, one that you aren’t sure if anything happened in the issue until you are done with it and then it hits you — SO much happens! I can’t wait to reread it in this trade!

Squidder #1, IDW. We have been excited about this since we heard about it. Templesmith. Cthulhu. Sold. No need to write more.

Life with Archie #36, Archie Comics. This is the big one everyone’s been buzzing about! Archie Andrews married Betty, then Veronica, rocked it hardcore with the Archies … now his journey comes to a close in this final issue of LWA. We all grew up with Archie, now let’s say goodbye in this poignant end of an alternate-universe icon. Bonus: covers by Adam Hughes, Fiona Staples, Francesco Francavilla, Mike Allred and Ramon Perez! Whew!

Teen Titans #1, DC Comics. Did it break your heart that Teen Titans got cancelled? Well cheer up, emo kid! They’re back: Wonder Girl, Red Robin, Beast Boy, Raven and Bunker come together to kick some butt! Will Pfeiffer and Ken Rocafort bring us a new team with new ideas on how teenage superheroes take care of business.

Seconds, Ballantine Books. Bryan Lee O’Malley, you’ve done it again! Those of us not sated with color reprints of Scott Pilgrim need no longer wait impatiently for new work. A full-color standalone story, Bryan gives us the tale of a woman given a second chance to right her wrongs in life and love. And who among us can’t appreciate that concept? A whopping 336 pages for only 25 smackers. Gets it while we gots it! 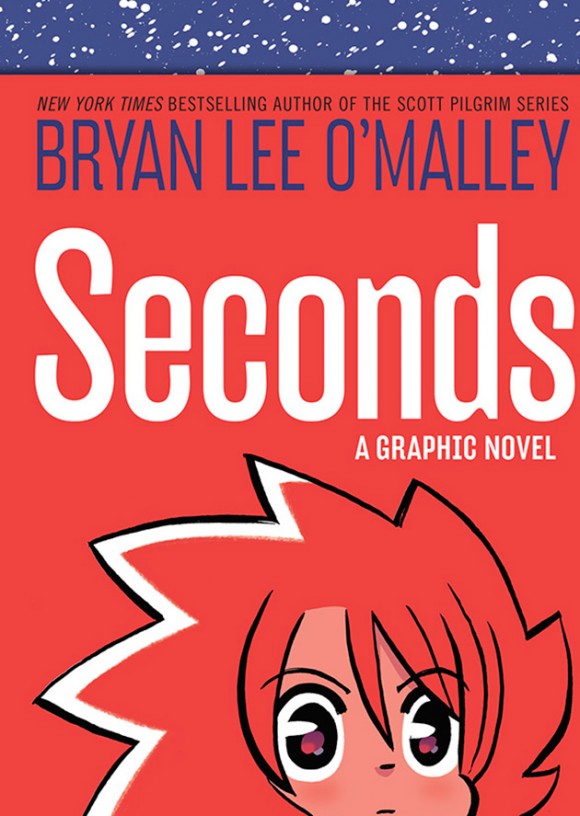 Life with Archie #36, Archie Comics. Archie Andrews makes the ultimate sacrifice for a friend and loses his life. But he isn’t a superhero, so he won’t be coming back. Interesting way to end the series with the start of a two-parter. He will live on in his other titles but it will be sad to see a character around for so long, going out this way. 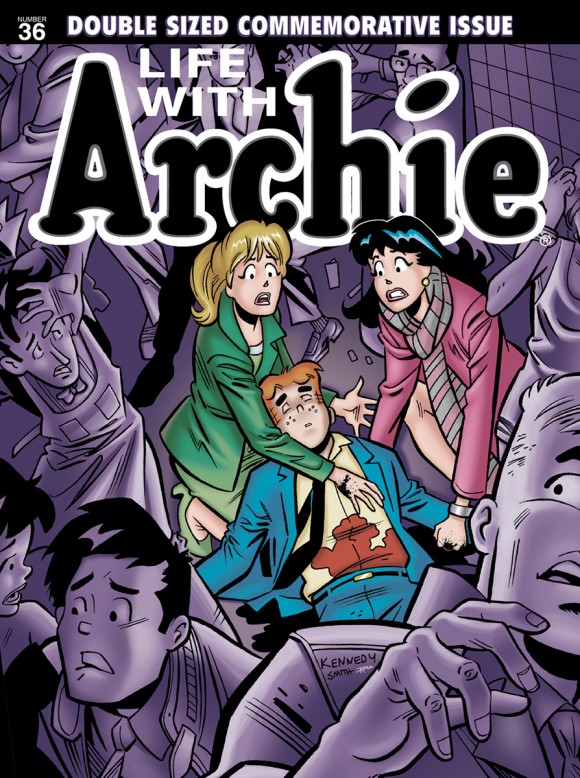 Robin Rises: Omega #1, DC. Fan-favorite Damian Wayne returns to put the Robin in Batman and Robin … kind of? What the state of Robin is when he returns will be the catch. This will be at the top of my read pile as I have been waiting to see how he could make a comeback after his demise last year.

Black Widow, Vol. 1: Finely Woven Thread, Marvel. Black Widow has struggled to keep an ongoing series. This one may just do the trick. Writer Nathan Edmonson and artist Phil Noto are apparently here for the long haul, and this first arc does a good job of mixing Natasha Romanoff’s spy action, Avengers connections, and the awkward moments where she’s not sure why she doesn’t have a real life. Noto used to have trouble with backgrounds, and tended to center all his characters like they were Bob Peak James Bond posters, but his storytelling here has ratcheted up a step, and his color sense is lovely.

Seconds, Ballantine Books. This is the first of two books I don’t know anything about, but will read based on who wrote and drew them. It’s Bryan Lee O’Malley, the Scott Pilgrim guy! And it’s 336 pages!

The Shadow Hero, First Second. This is the second of two books I don’t know anything about, but will read based on who wrote and drew them. It’s Gene Luen Yang of Boxers and Saints!  And Sonny Liew of Flight and the Disney Wonderland! 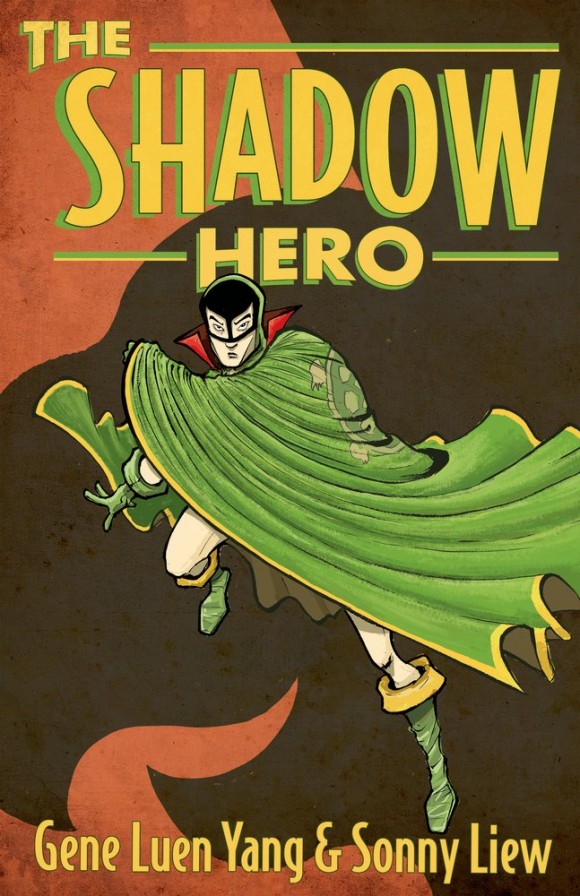 She-Hulk #6, Marvel Comics. Warning: Don’t read this if you dislike strong female protagonists. If the idea of a career-driven, single woman not defined by her male relationships is not appealing, then this book is not for you.

Auteur #5, Oni Press. Somehow, movie producer Nathan T. Rex has managed to get known serial killer Darwin out of prison and on the set of a movie called “President’s Day” as a “murder consultant.” Of course, this has already blown up in his face, as Darwin has started murdering again. How will T. Rex get himself out of this hole he’s been digging himself into? 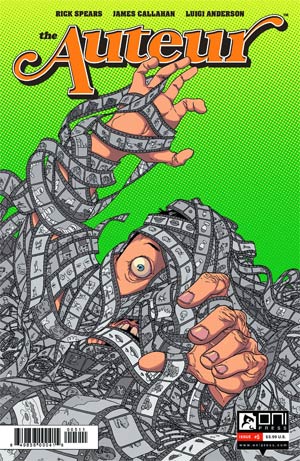 HOLY MOLEY, what a week! I’m not sure I can pin this down to only three! Yeah, so … I just tried. Not gonna happen. I’m gonna point y’all at a whole load of excellence out this week with just brief little reasons, instead of my usually overly detailed babble. … WHAT A WEEK!

Life With Archie #36, Archie Comics. Archie dies! In an alternate-reality future story … but yeah, kinda a big deal. Loads of covers, many of which got allotted shipping, so — fair warning on that.

Through the Woods, Margaret K. McElderry Books. Emily Carroll is a TREASURE. Just look inside this book and see if you can not buy it.

Silver Surfer #4, Marvel. Slott and the Allreds are creating a masterpiece, and a new storyline begins here!

Pictures That Tick, Vol. 2, Dark Horse. Dave McKean short work, some if it collected for the first time. Droooooool.

Lust, 44 Flood/IDW. The next 44 Flood book — so much beauty and daring in these!

Black Widow, Vol. 1: Finely Woven Thread, Marvel. The new run of Natasha’s adventure has been wonderful. And SO FREAKING LOVELY due to Phil Noto

Alex + Ada, Vol. 1, Image. It’s “Her” with much better writing and without Joaquin Phoenix’s mustache! (It’s really not, but it’s really good, I promise.)

Deadly Class, Vol. 1, Image. ’80s era school for assassins that quickly evolves into an acid-fueled road trip, with extra murder on the side? FOR $9.99?! A thousand times yes!

Seconds, Ballantine Books. Bryan Lee O’Malley, of Scott Pilgrim fame, has a new book. That is all.

Lady Zorro #1, Dynamite. Alex de Campi is back, with a lady swashbuckler!!! I’mma devour it ASAP.

Grindhouse: Doors Open at Midnight, Vol 1, Dark Horse. Did Someone say Alex de Campi?! Her ode to all things Grindhouse has its first collection out this week too!