A very indie-minded selection this week from your experts, including Mark Waid:

Velvet, Vol. 1: Before the Living End, trade paperback, Image. We’ve made no secret of the fact that we LOVE this Brubaker/Epting Image series, and at that $9.99 cover price, we’ll be hard-pressed to keep them in stock.

Original Sin #4, Marvel. The interest in this event hasn’t waned — in fact, it’s pretty much all many of our customers can talk about. And as someone who knows what’s coming, I can assure you that their enthusiasm is well-placed.

The Wicked & the Divine, Image. This is just flat-out the best-looking book I’ve seen in months. Gillen and McKelvie are the Lennon and McCartney of comics right now. Anyone who liked their Young Avengers or Phonogram should be reading this and passing it along. It’s great. 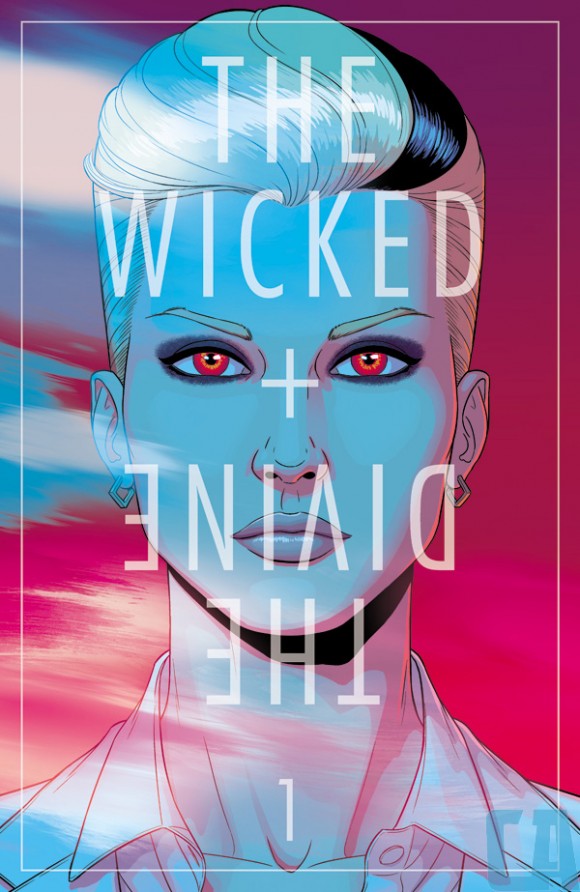 Escapo, hardcover, Z2. Paul Pope’s 1999 book, now with added back matter, and now in color. Pope’s art is the real star here, his brushwork filled with energy and his characters popping off the page. I recall the ending being a little abrupt when I read it originally — Pope’s endings aren’t always the strongest, to be honest. But did I mention the art is the real star here? 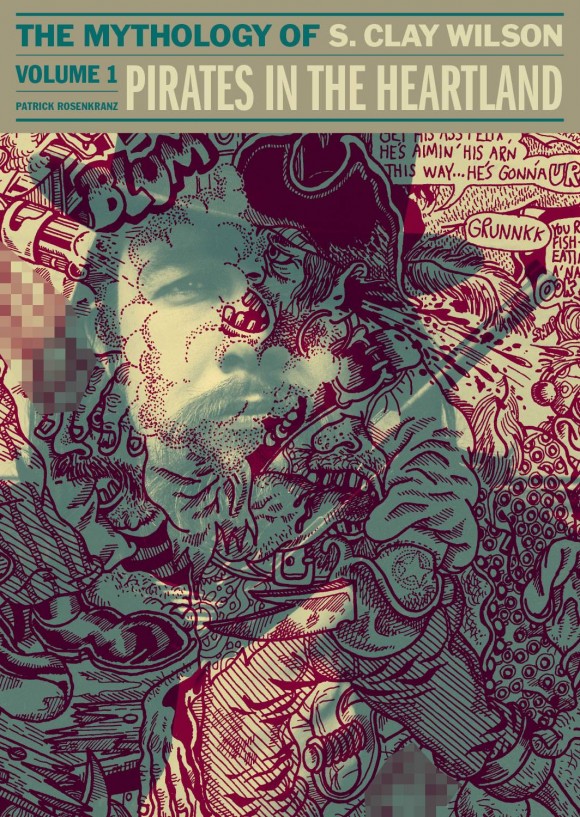 The Wicked & the Divine, Image.  Someone here in “Hot Picks” already called this, right? You know, the new series from the Phonogram and Young Avengers guys?  This will be the book everyone wants this week.

Charles Schulz Peanuts Artist’s Edition, IDW. Oh. My. God. Becky. A Charles Schulz Artist Edition! And here I thought my life was complete after the Sergio Aragones one. But no, this massive beauty contains Sparky’s original strips (scaled down from his massive original format, if you can believe it). Price is TBA, but I’m sure well worth every penny. Gorgeous, gorgeous, gorgeous! 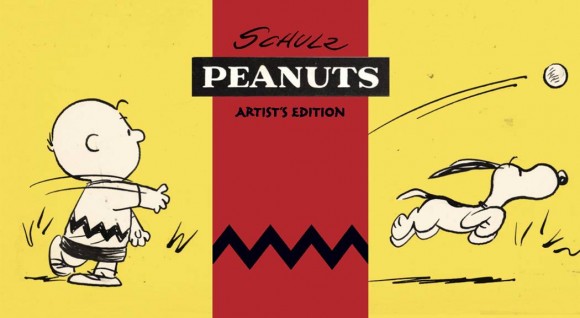 Silver Surfer #3, Marvel Comics. Dan Slott and Mike Allred are still having fun with this book.  When a customer recently asked me what this series was about, I told him it was basically Dan Slott writing Madman. Only somehow more cosmically trippier. He was instantly sold.  The story runs amok unabated in this issue, along with a wind-up monkey playing a major role — one’a those creepy little shits with the pop eyes and the cymbals. Also, an old-school Marvel player gets his (or her) due! 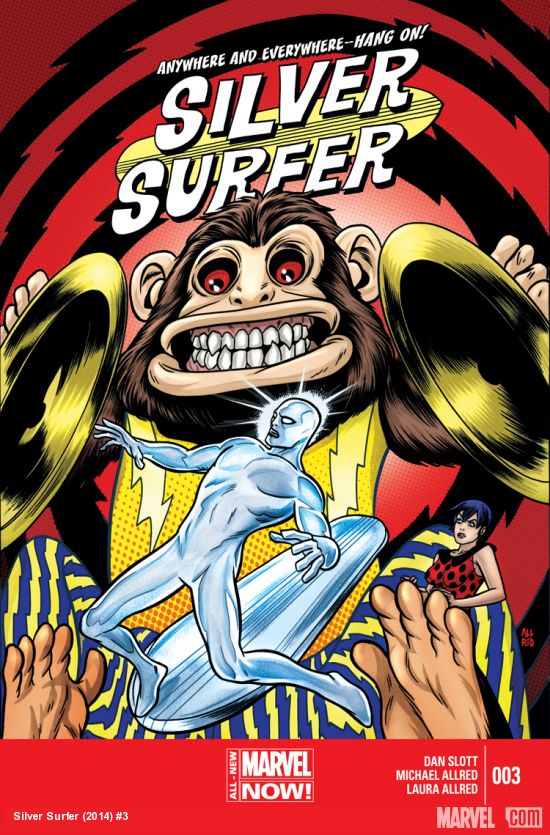 Escapo, hardcover, Z2 Comics. A new printing of Paul Pope’s story of the escape artist who can escape everything, including death and everything worse. What’s worse than death? Well, Escapo’s about to find out! Colored and redesigned, with an alternate ending, a new 10-page story, pin-ups, and sketchbook material! How can you say no?!

It’s a wonderful week for comics — we’ve got the return of Fraction and Zdarsky’s Sex Criminals, The revelation of Gillen and McKelvie’s heavily anticipated The Wicked & The Divineand the first trade paperback of Epting and Brubaker’s wonderful Velvet! While I’m very excited for those books, and many others, here’s what I’m positively ecstatic for:

Sleep Tight, Ana Banana, Toon Books. Yet another great-looking kid’s book from Toon Books. Ana doesn’t want to go to sleep, even though she’s in bed and her stuffed animal pals are all worn out from a long day. A classic and familiar tale for every parent or anyone who has ever babysat, gorgeously illustrated.

“The Truth is a Cave in the Black Mountains,” by Neil Gaiman, HarperCollins. We can’t all afford to go see Neil Gaiman read his wonderful short story at Carnegie Hall while Eddie Campbell’s stunning illustrations parade across a screen, but you CAN get a copy of the book version, featuring Gaiman’s tale replete with all his regular themes (magic, family, the secret value of intangible things) set in perfect rhythm with Campbell’s always evocative art.

Maybe I’m cheating, but this last one is kind of a twofer.

Escapo and Fear My Dear by Paul Pope and Dean Haspiel, respectively. Both these glorious books are coming from the small press upstart Z2. If this is any indication of what we’ll be seeing from this company, I suggest we all pay attention. Paul Pope’s frenetic Escapo has been out of print for almost a decade and this remastered rerelease takes the 1999 book to a whole other level: recolored, BD-style, and chock full of extras, it’s a must for any Pope fan. Meanwhile, Dean Haspiel’s Billy Dogma has been having all sorts of wonderful adventures since his inception almost 20 years ago, both on the web and in self-published books by Haspiel, but new readers won’t feel lost in this new adventure about love, cosmic destiny, and heroics all told with Haspiel’s signature clean-yet-funky art style! 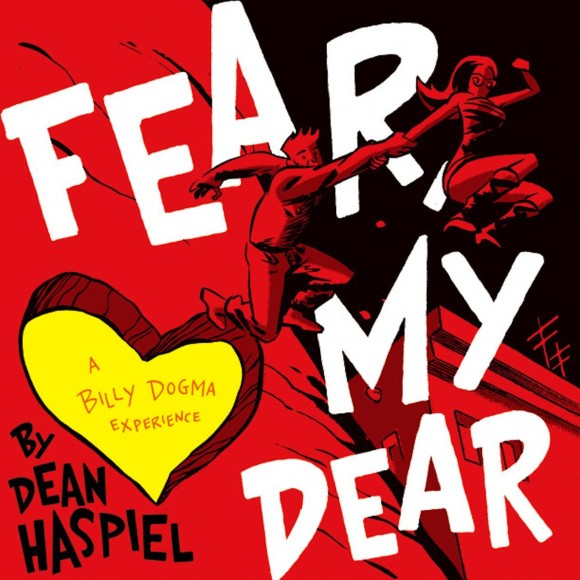 Velvet, Vol. 1: Before The Living End, Image. Image has done wonderful things with their $9.99 price points on the volume-one trade paperbacks. There is almost no risk in picking up any of the books at this price. Ed Brubaker and Sean Phillips’ first volume of Velvet would be a good deal at twice the price. Velvet Templeton is more James Bond than Moneypenny. When a former spy/lover is murdered she breaks almost every rule and also bones. Along the way the mystery deepens and we all win for reading it.