It’s the Return of Mike Zapcic of “Comic Book Men”! Mark Waid’s here! Everyone loves Saga! But what else … ?

Batman and Robin Annual #2, DC. A rare peak back at Dick Grayson as Robin in the New 52. 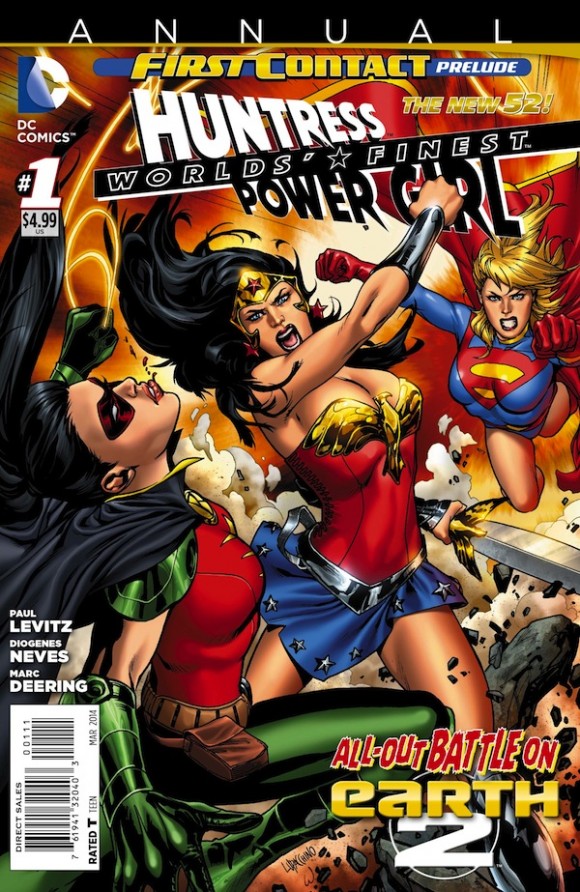 Guardians of the Galaxy #11.NOW, Marvel. The Trial of Jean Grey continues here … and whose side are the Guardians on?

Saga #18, Image. Really, are you even remotely surprised at this choice? This series just continues to earn all the accolades it collects, and it sells like gangbusters in our store. 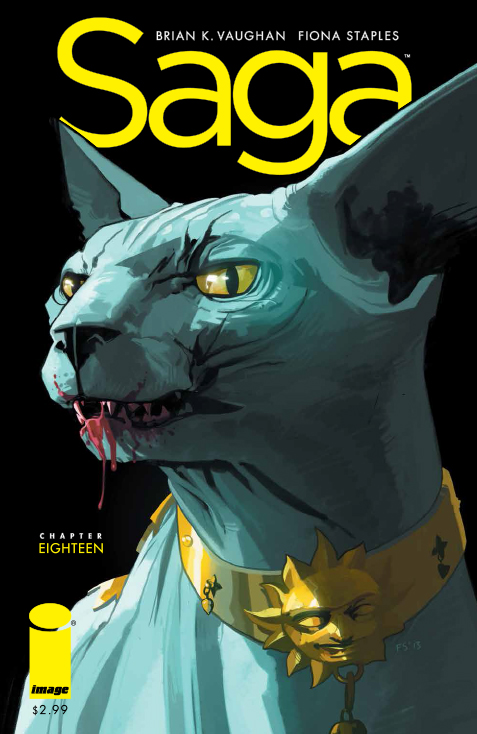 “Warlock: The Complete Collection,” Marvel. Absolutely indispensible reading from Marvel, and timeless material. I will fight to the death anyone who claims he or she has more reverence for Jim Starlin’s classic Marvel work than do I. It’s older material that reads every bit as new and fresh as anything else being released today, and the art is phenomenal.

Adventure Time 2014 Special, Boom! As great as the Adventure Time series and miniseries have been, the specials they put out are something else entirely! Featuring a slew of indie creators, each book has given us the inhabitants of Oooo in ways we’ve never seen them before, which is always fun. This winter-themed book features Jeremy Sorese, Theresa Zysk, Allison Strejlau and more!

Miracleman #2, Marvel. I honestly messed up on #1, not ordering enough because I assumed (in my indie-pheliac bubble) that EVERYONE had read Miracleman before. I try to avoid those kind of mistakes but I do it now and again. You should, of course, be reading this book. I’m really just putting this on here so that everyone knows that #2 is out THIS week, since Marvel’s bi-monthly schedule on select books often surprises people. Miracleman is, if you’ve been living in a cave these past few weeks, a pre-Watchmen Alan Moore deconstruction of the super-hero without all the meta-textual dissection of the comic medium that was in Watchmen, which makes it a much more fun read in my opinion.

Alright, so… I usually try to avoid putting something on here that everyone else is going to have. Not to be “hip” or “indie” but because I think there’s no reason for you to read five different retailers’ takes on the same book, but c’mon, FIREFLY PEOPLE!

Serenity: Leaves on the Wind, Dark Horse. It may not be a new season of everyone’s favorite Western in space but it’s the closest we’re going to get, I think. While the movie “Serenity” tied up MOST of the loose ends left hanging from the TV show “Firefly,” it also opened up a whole slew of new ones, and this series aims to answer and explore them, it looks like. As a big fan of the “Buffy” comic continuation (yes, both season 8 and 9, I like them, deal with it), I am super-excited for this. Pick it up! 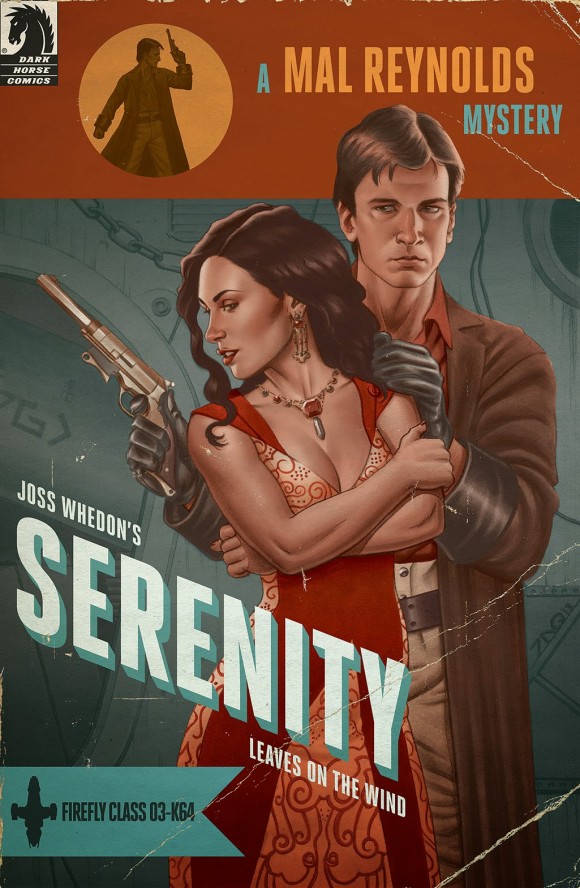 Serenity: Leaves on the Wind #1, Dark Horse. This will be the closest we will ever get to another season of “Firefly.”  I don’t mind, though, because we don’t have to deal with budget constraints. Joss Whedon has done this before with the “Buffy” series. He’s not on writing duties here, like that one, but I’m sure his brother Zack would text him if had any questions about someone.

Guardians of the Galaxy 11.NOW, Marvel. I really haven’t read much of Guardians of the Galaxy but have been a big fan of the All-New X-men. An alien race has come to put Jean Grey on trial for her actions as the Dark Phoenix. Here is the thing though … she hasn’t actually done those things in this timeline. Yes, it’s confusing but it’s still great!

Saga #18, Image. I have said this before, but any Hot Picks list that doesn’t include Saga isn’t really a good list. I can’t say anything about this series that hasn’t been said before, so trust me when I say it’s a don’t-miss series.

Two conclusions and a hardcover!

Saga #18, Image. The third story arc comes to a close as we find out what happens to our heroes on Quietus.

Fables #137, Vertigo. The Camelot storyline wraps up with Rose Red kicking ass and taking names. Is one of them her own sister?

“Guardians of the Galaxy” hardcover, Marvel. This collection has it all: Gamora vs. Angela, Star-Lord’s betrayal, the end of the Age of Ultron paving the way to the rise of Infinity, and … Neil Gaiman! 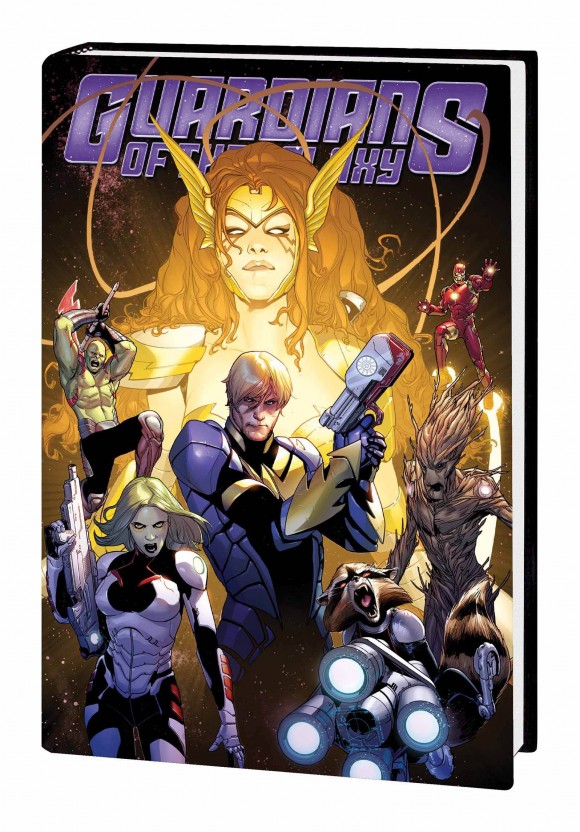 “Warlock by Jim Starlin Complete Collection,” paperback, Marvel Comics. Anyone who remembers Jim Starlin’s Warlock knows to be ready for a space opera unlike any other. Warlock, an artificially created man, takes to space with his soul gem and fights conflicts beyond good and evil, with a colorful supporting cast like Pip the Troll, Gamora and Thanos. His stories, which spanned titles like the Avengers and Marvel Two-in-One, were philosophical, moral, and existential and all encompassing. I remember one story taught me the meaning of life as a child — an interpretation which I keep with me today (no, I won’t tell you what it is, pick up the book).

Earth 2 Annual#2, DC. Finally, the origin and the identity of the new Batman is revealed! At least for those of you who don’t go on the Internet or read Previews magazine. Wait, then how are you reading this? Paradox! 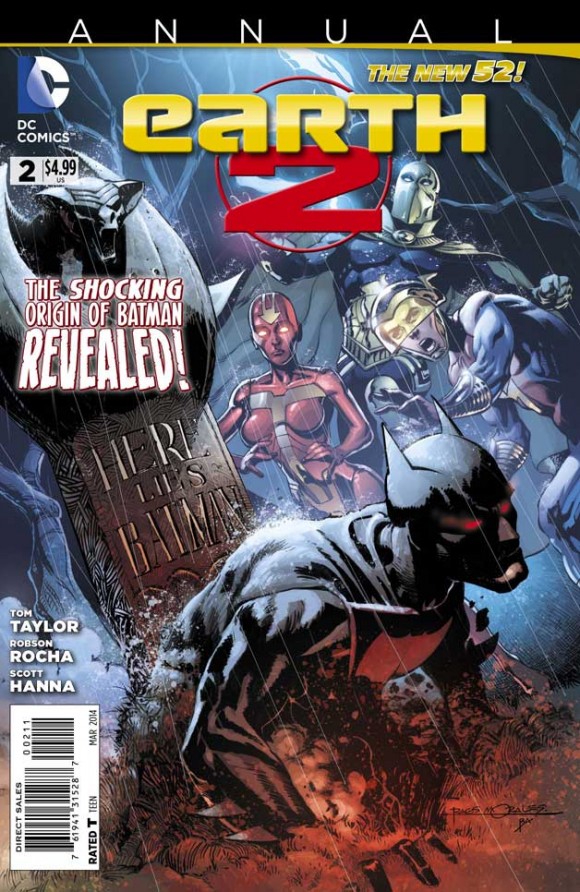 What’s your Hot Pick for this week? Leave a comment below!