Peter Parker’s back! So is Mark Waid, who leads off the Hot Picks this week! And he didn’t even pick The Fox #2! (But someone else did …)

Oh, sure. It’s my turn to pick the week AFTER the week where the shipping manifest is twelve yards long. That said, there’s always some choice selections on the menu:

Velvet #2, Image. I’ve been a fan of artist Steve Epting’s forever and ever, and the work he’s doing on this series is phenomenal. Ed Brubaker simply could not effectively write a spy series this clever unless he were paired with someone as gifted at subtlety as Steve is. Between the two of them, they hit the perfect sweet spot between a comic that has to be read twice to be understood and one that’s all surface. Velvet hinges on Steve’s ability to convey a wealth of information with one gesture or facial expression. 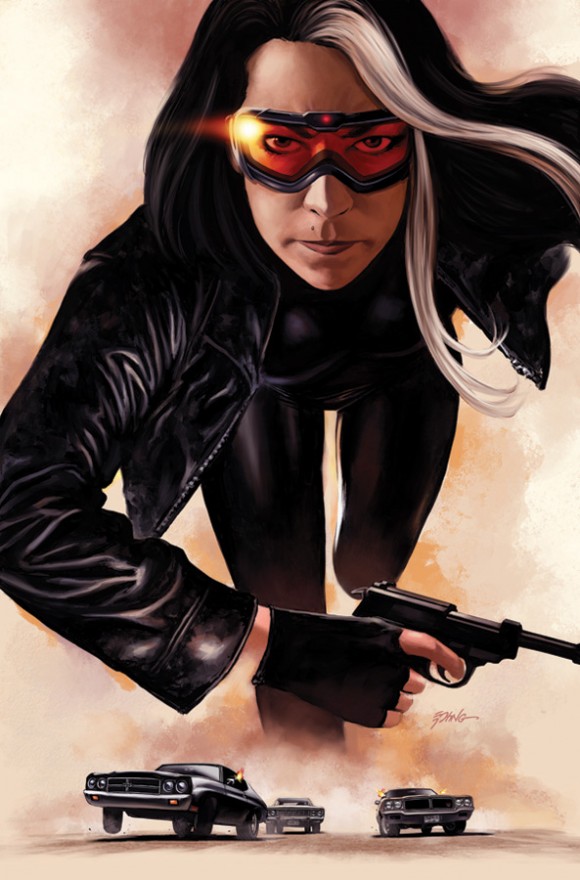 Trillium #5, Vertigo. Alter Ego customers really seek this book out, and I understand why. Jeff Lemire’s voice and style are unique in the medium and engaging as hell.

Superior Spider-Man #23, Marvel. Yes, look, I know, I didn’t believe Marvel could pull it off, either, this whole “Doc Ock as Spider-Man” thing. But son of a gun if it hasn’t turned out to be a really interesting and smart philosophical look at the nature of heroism in the Marvel Universe, and how bad people aren’t always doomed to forever make bad choices.

The Fox #2, Archie Comics. Mark Waid (hey, look at that!) and Dean Haspiel are back and if last month was any indication, get a copy before the end of the day or you’ll be waiting for second printings. Bonuses: Variant cover by Paul Pope; backup Shield story by Michael Cavallaro. Mega bonuses: Dino, Paul, and Michael will be signing copies of Fox #2 at JHU Comic Books, 32nd St., this Wednesday!

Rover Red Charlie #1, Avatar Press. If you’re looking for a new title to jump on, pick up this book. Garth Ennis, king of hilarious post-apocalyptic depravity, brings us a tale of three dogs trying to navigate the end of the world. Think Crossed meets Homeward Bound. Oh Garth, you devil!

Thor by Walt Simonson Vol. 3, paperback, Marvel. Nobody has put their mark on Thor quite like Uncle Walt — Beta Ray Bill, Frog Thor, you name it — it’s Walt’s brainchild. The third in the series of Walt’s work, rescanned and recolored. No Thor collection is complete without them. 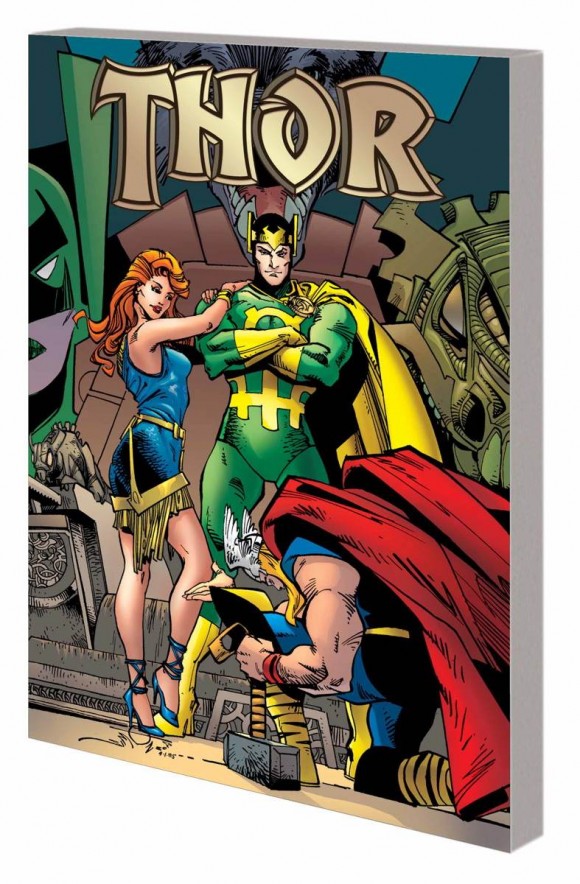 Westward #6, Tool Publications. Westward has been an awesome steampunk series by Ken Krekeler. I picked up the first issue back when I made an oath to try a new indie series for every issue of Before Watchmen that came out (that’s why I’m broke) and this is the one I enjoyed the most. Victor West wakes up from a coma with no memory of who he is. His family’s company, responsible for most of the technology in the world, has been subject to acts of sabotage, including the one that put him in the hospital. Now Victor has to find out who he is and whose side he’s on. Did I mention it’s all in a steampunk setting?

Pick-A-Plot Vol 2: You Are A Cat In The Zombie Apocalypse, Conundrum Press.
If you are reading this, once upon a time you loved Choose Your Own Adventure books, and other books like that. All of you did without exception. The Pick-A-Plot series is a gamebook series for mature readers. So far they’ve all been about cats, and as a cat you get to choose to sleep, murder mice, have sex with an alley cat, ignore your owner and lots of other fun stuff. Now your decision will determine whether you survive, get eaten or infected. 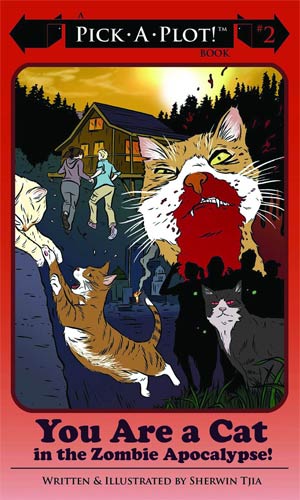 “Adventure Time: Pixel Princesses” original graphic novel, Boom! From the same creative team that brought you the first Adventure Time original graphic novel Playing With Fire — Danielle Coresetto and Zack Sterling — this tale focuses on a whole slew of princesses from the land of Oooo hanging out and learning to respect each other’s specific world views. It may sound a bit twee, but Coresetto and Sterling made Playing With Fire SO MUCH more than just a “damsel saves a dude in distress” tale, so I have high hopes for this one as well.

Burn The Orphanage #2, Image. The follow-up to an amazing first issue, this action adventure romp has had fans asking for the second issue for a while now, and here it is.

Westward #6, Tool Publications. Ken Krekeler’s masterwork has been described as Zoolander meets Blade Runner (It hasn’t? Well, you’re welcome Ken). Shiftless, useless Visitor West has discovered that he’s not the male model he once was, he’s actually some sort of simulated human being. Along with that information there are a whole other slew of feelings and thoughts that Victor is unused to dealing with, what with the death of his father and all the abilities that come with his new body. The first arc of this series was wonderful and I can’t wait for more!

Velvet #2, Image. Last month, I chose the first issue blindly, based on Ed Brubaker’s and Steve Epting’s names alone and I wasn’t disappointed one bit! Someone is killing ex-secret agents and when Velvet Templeton gets close to the answer, they come after her. I couldn’t stop talking about how good the first issue was for a week.

Amazing Spider-Man #700.1, Marvel. What’s this? A Spider-Man comic with the word Amazing in it? Could it be? Peter Parker returns and I’m supercurious to find out exactly how. 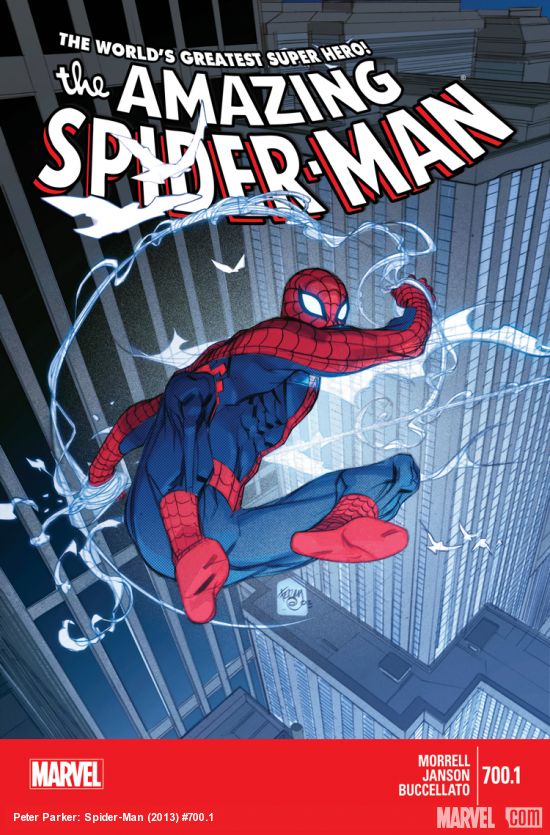