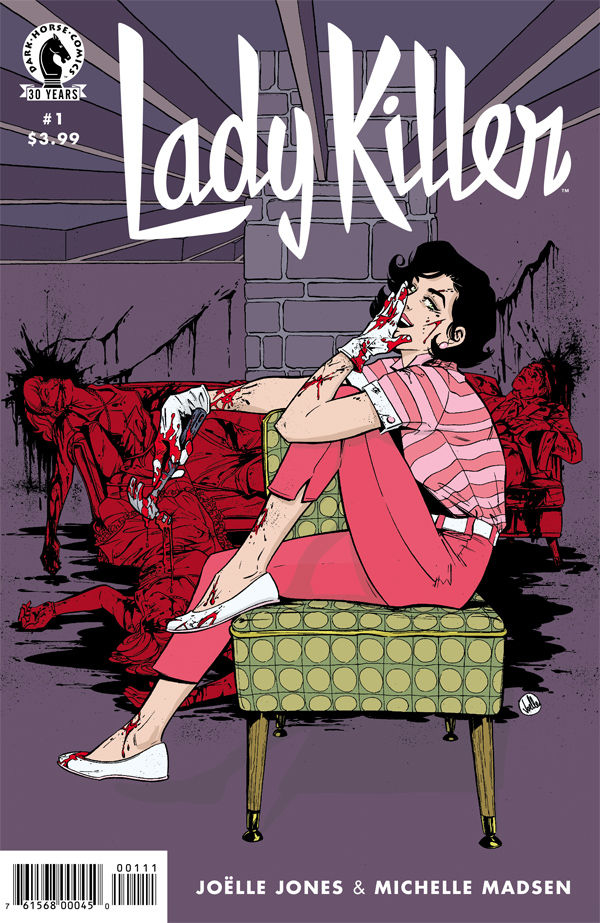 Harley Quinn #1, DC Comics. Amanda Conner is the best thing to happen to Harley since Dini and Timm. The first few issues of her last solo series were a little wobbly, but she’s really got a handle on the character now. 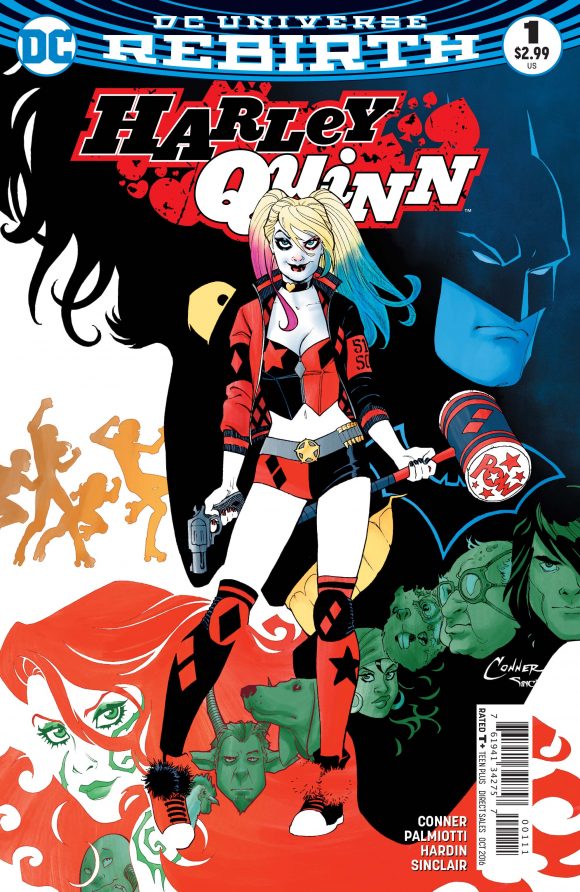 Jem & The Holograms Outrageous Edition HC, IDW Publishing. Anyone who hasn’t been reading Jem has missed some of the most engaging and brilliantly designed comics of the last year. You can catch up all at once with this sweet hardcover. 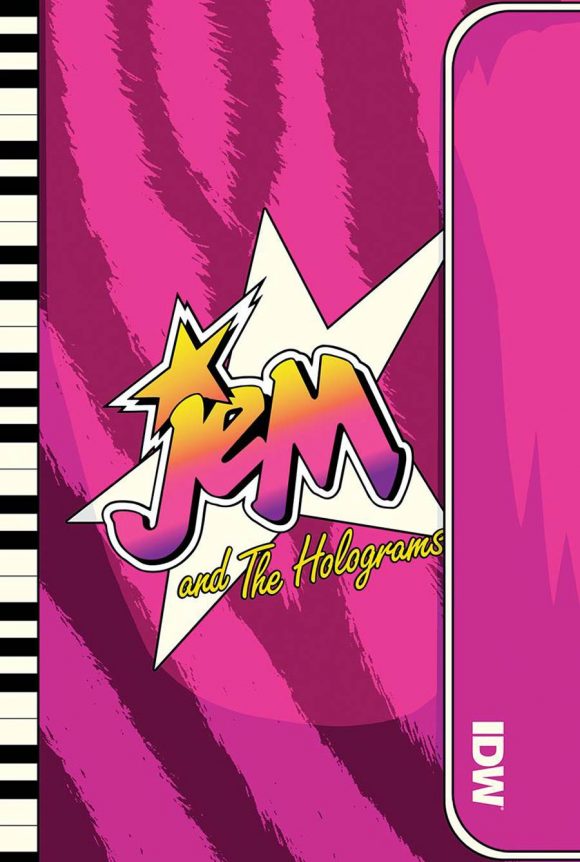 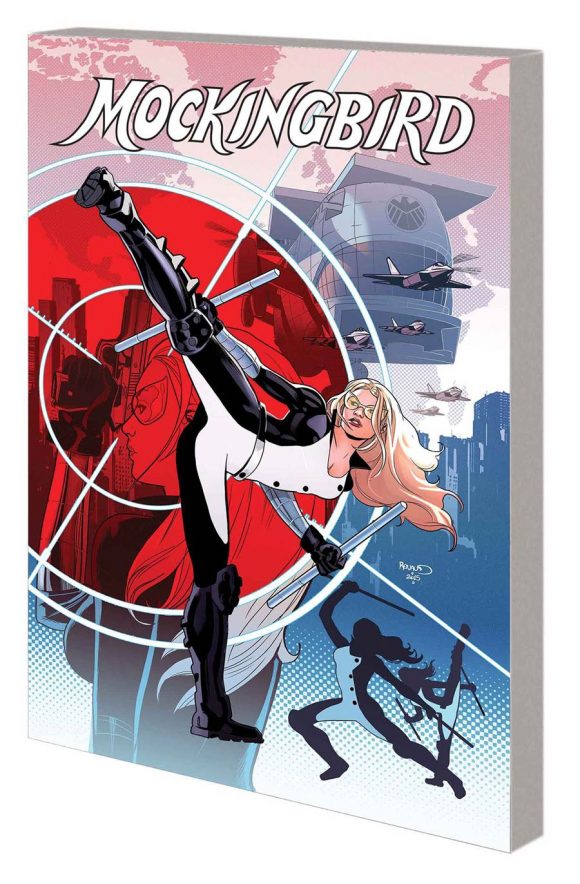 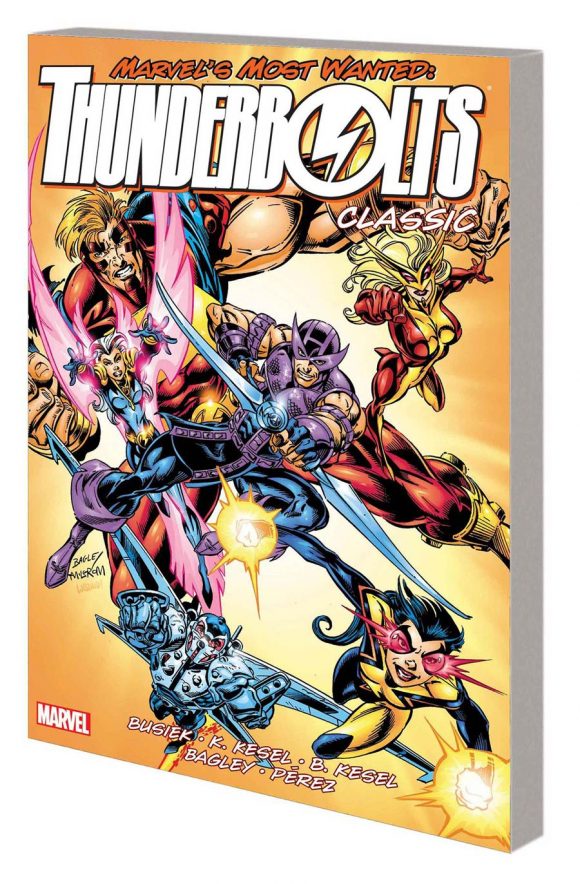 Torchwood #1, Titan. I have to admit I don’t know how you pick up from the end of that last Torchwood miniseries. But after seeing John Barrowman host the Eisner Awards at San Diego Comic-Con last month, how can I not recommend this? Barrowman and his sister Carole wrote it. (They also teamed up on a Dark Archer story for DC’s Arrow comics tie-in.) And if you’re getting it, make sure to get the variant cover by my friend and longtime partner-in-crime Elena Casagrande, won’t you? 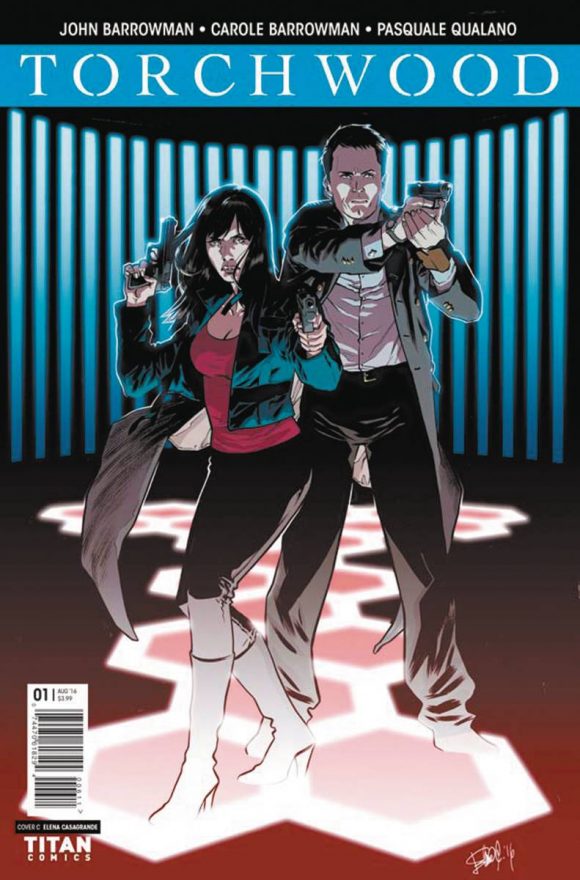 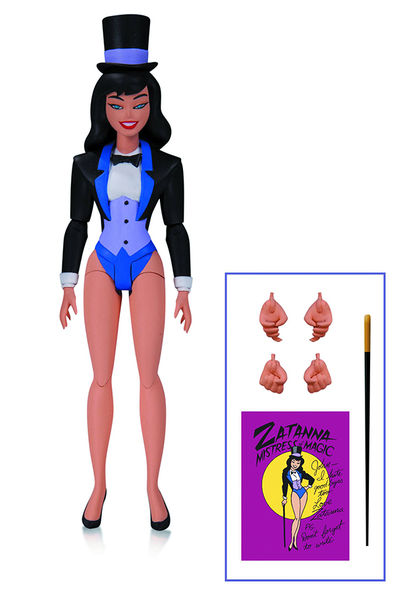 Moon Knight #5, Marvel. Boy, this comic is superb. Jeff Lemire and Greg “I want him to draw Batman” Smallwood are telling a story that’s simultaneously small and huge at the same time. Does that make sense? It would if you’re reading this book. And in this issue, which completes the first arc, Lemire and Smallwood are joined by artists Francesco Francavilla, Wilfredo Torres and James Stokoe. Nice. 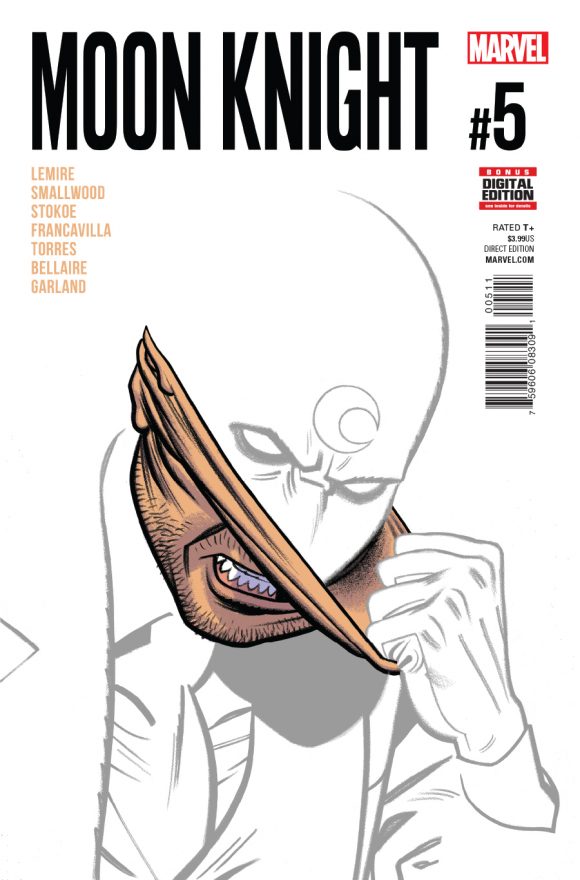 Aquaman #4, DC. Dan Abnett’s been keeping it going in Rebirth. A shadowy organization named NEMO is lurking and Arthur’s got his hands full — cuffed, actually — while trying to navigate an ugly diplomatic crisis with the ol’ U. S. of A. I personally am hoping for the return of OGRE while we’re at it. (Click here for a SNEAK PREVIEW.) 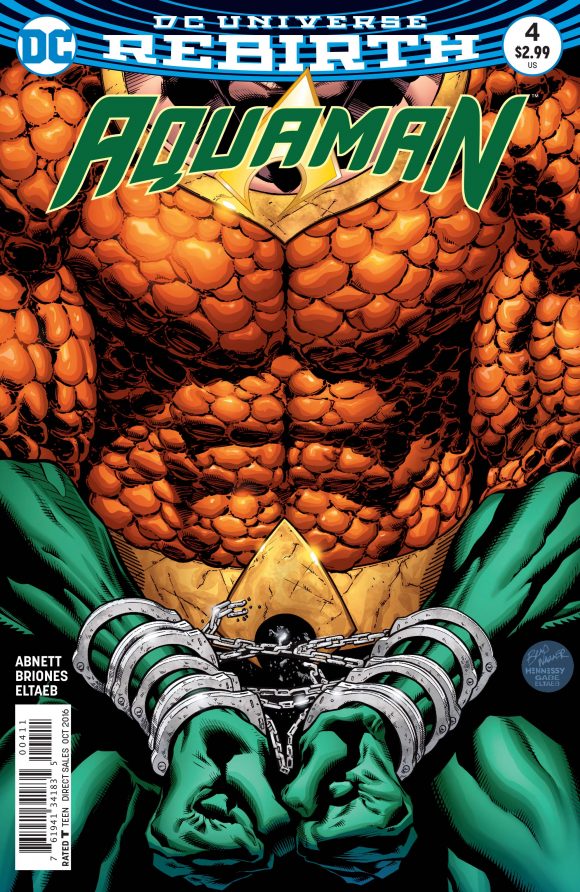 Superman #4, DC. I like Action fine but I really dig Superman. The more we get of Clark and Jon, the more I want to see. Pushes all my Dad buttons. From the creative trio of Peter J. Tomasi, Patrick Gleason and Mick Gray. 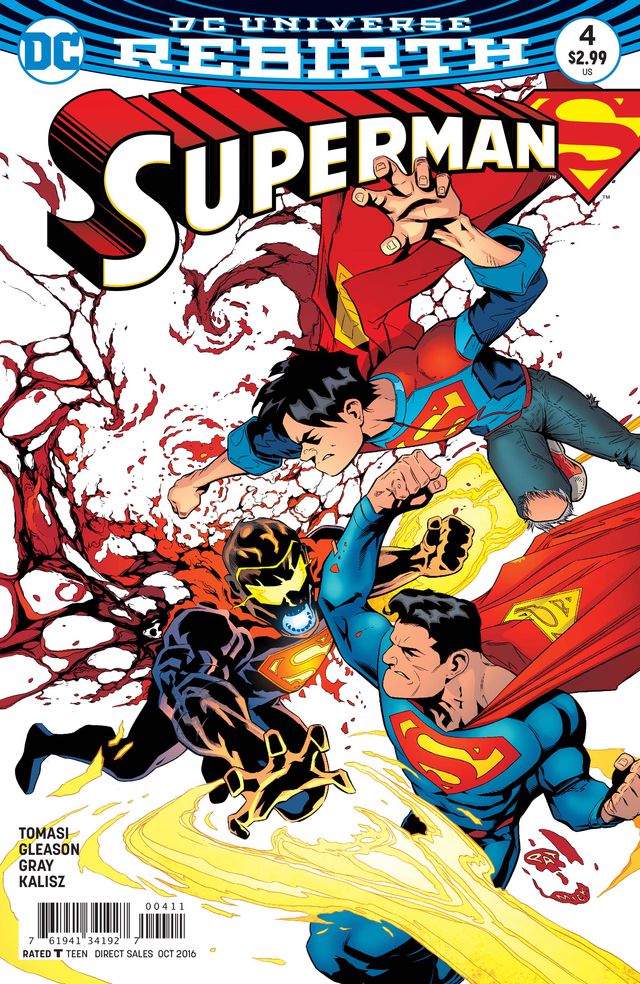 Civil War II: Kingpin #2, Marvel. Matthew Rosenberg and Ricardo Lopez Ortiz continue to show just how it is Wilson Fisk is managing to thrive while the forces of good (?) have been stopping crime before it ostensibly starts. 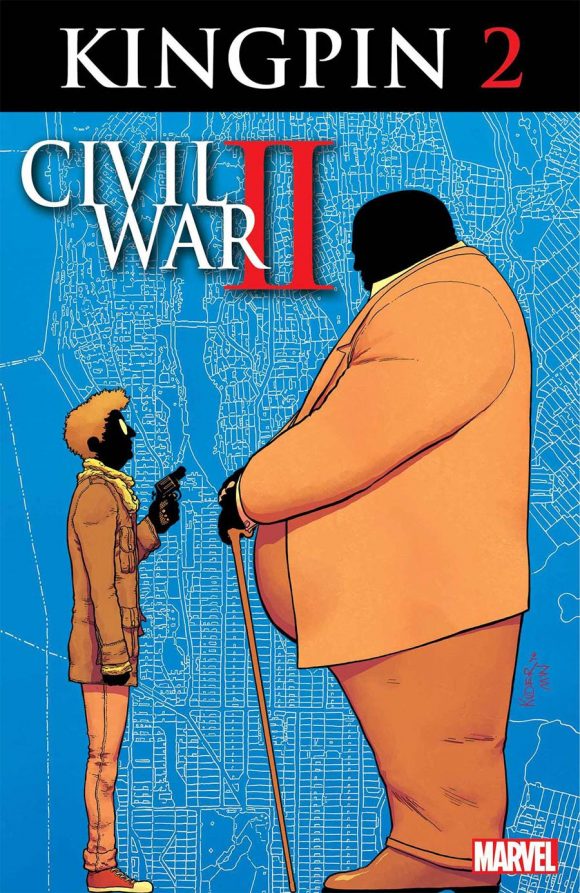 Guns of the Black Bat, Moonstone. Pulp heroes like Airboy and Domino Lady band together with the Black Bat to battle Nazis with powers. By Airship 27’s Ron Fortier, who’s brought co-writer Aaron Shaps and artist Silvestre Szilagyi along with him. Worth a try. As usual, my Batman picks will come in the BATBOOK OF THE WEEK column — part of BATMAN’S HOT-LINE