Green Arrow: Rebirth #1, DC. Return of the Black Canary love affair? Check. Return of the goatee? Check. Just bring back the feathered cap and boxing-glove arrow, and we’ll be in business. By Benjamin Percy and Otto Schmidt. 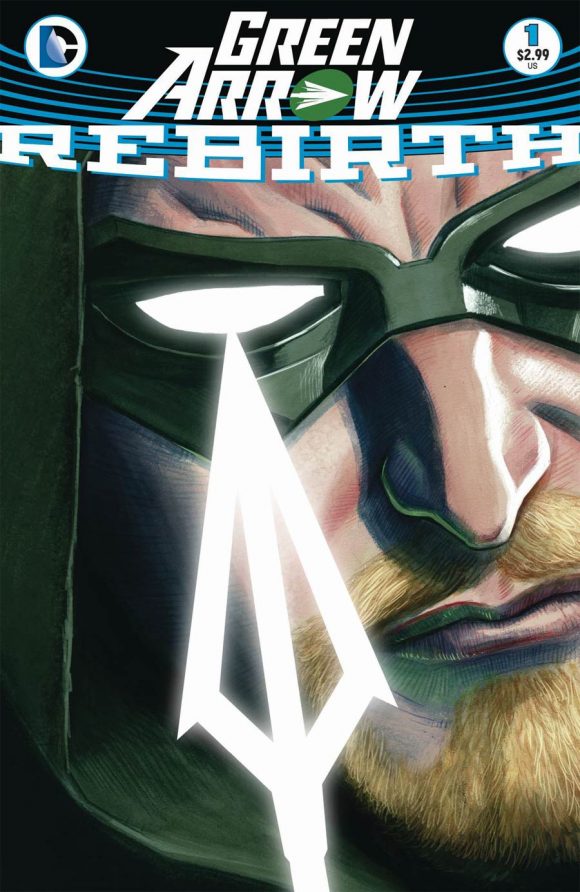 All-New All-Different Avengers #10, Marvel. With the all the noise about books like Civil War II and the new Cap, I worry that solid, reliable books like Waid and Asrar’s Avengers get overlooked. A very fun lineup under steadily fantastic covers by Alex Ross, and their introduction of the new Wasp was quite enjoyable. Check it out. Superman: Rebirth #1, DC. I’ve long been disenchanted with DC’s handling of the Man of Steel, despite the best efforts of some fine creators. Peter Tomasi and Doug Mahnke are setting the table for the old/new Superman here — and I really hope they bring me back to Metropolis for good. Superman: The Coming of the Supermen #5, DC. Now, this is fun Superman. Neal Adams’ tour de force is a bombastic, over-the-top, modern version of a Bronze Age comic. I’m just sorry there’s only one more issue after this. The Shadow: The Death of Margo Lane #1, Dynamite. The Shadow written and drawn by Matt Wagner is pretty much something you have to check out, right? All-New Wolverine #9, Marvel. Tom Taylor’s adventures with Laura have been winning from the get-go. My little secret is that I’ve read very little Wolverine in my life and Taylor has made a character who’s grounded deep in complex continuity easily accessible. Art by Marcio Takara. This issue, we get Laura, Old Man Logan and little sister Gabby in the team-up we all knew was coming. Old Man Logan #7, Marvel. Meanwhile, in his own book, Logan has to protect young Maureen. Lemire and Sorrentino have made this one of my fave comics. (For a preview, click here.) Civil War II #1, Marvel. Like I said about Issue #0, this is pretty much mandatory summer reading. From Brian Michael Bendis and David Marquez.