A very near clean sweep for Afterlife With Archie … Here’s Mark Waid and the rest of the crew’s picks!

Afterlife With Archie, Vol. 1: Escape From Riverdale. The first trade paperback collection of this series, and a guaranteed must-read. This is, maybe next to Saga, the easiest sell we have in our store. 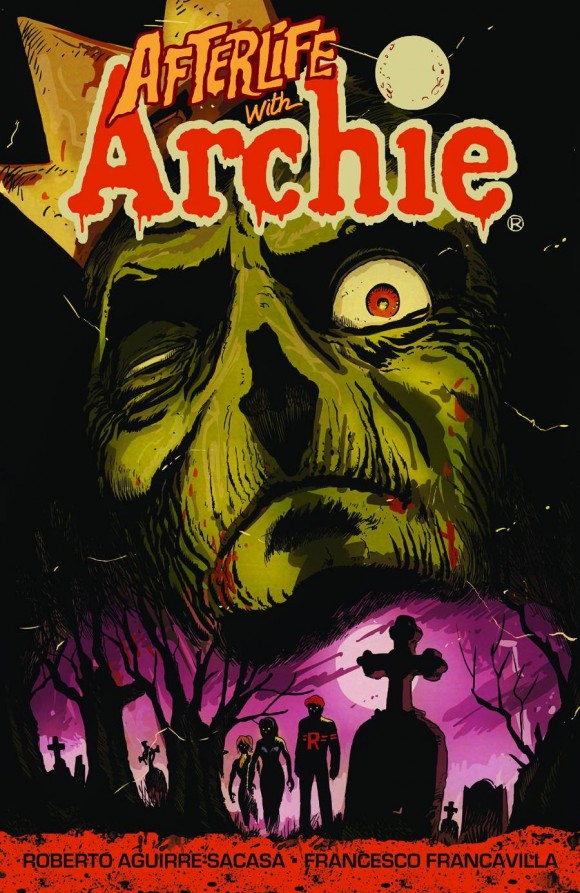 Big Trouble in Little China #1, Boom! I’m fascinated to see how well this might do, given that most of our customers weren’t born yet when the movie came out, but I can promise almost all of them have heard of it. This will be more of a hand-sell than a “fly off the shelves” comic, but we ordered big.

Afterlife With Archie, Vol. 1: Escape From Riverdale. Missed an issue? Want to catch up on the series that changed how everyone looks at the world of Archie? Issues 1-5 are collected here in all its gruesome glory. Still not sold?  It’s Archie meets Walking Dead meets Pet Sematary by way of EC horror. Jughead asks Sabrina the teenage witch to use dark magic to bring his dog back to life, and does so against rules and better judgment. Hot Dog comes back to his master, but he’s not the pet Juggie knew. The shit hits the fan from there. Read this on a subway ride home at night and scare the crap outta yourself. The best part?  It’s now an ongoing series!

Batman ’66 Meets the Green Hornet #1, DC Comics. Yes, this did happen on TV and yes, it’s happening in comics!  Kevin Smith and Ralph Garman team up with Ty Templeton to continue the story that started in ’67. Batman and Robin join forces with rival hero duo Green Hornet and Kato to take on General Gumm. It’s retro crime fighting at its best, capped off with a cover by Alex Ross. Whaaaaaaaat?! Pick this baby up! 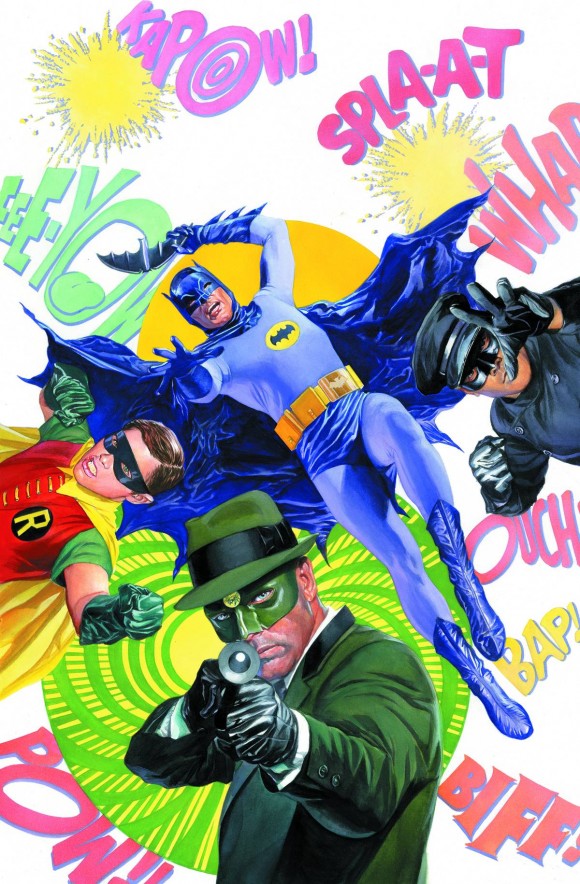 Miles Morales: The Ultimate Spider-Man #2, Marvel. I’ve haven’t seen a lot of chatter about that last page from Issue #1. People may not be talking about it, but the issue was very popular and in high demand from the store. Issue #2 should give us a pretty good idea what’s it’s all about and maybe give us a hint toward what is happening with the cover image that Brian Michael Bendis posted on his website. The one that shows Miles joining the All-New X-Men. I would love to see how they’re going to explain that. 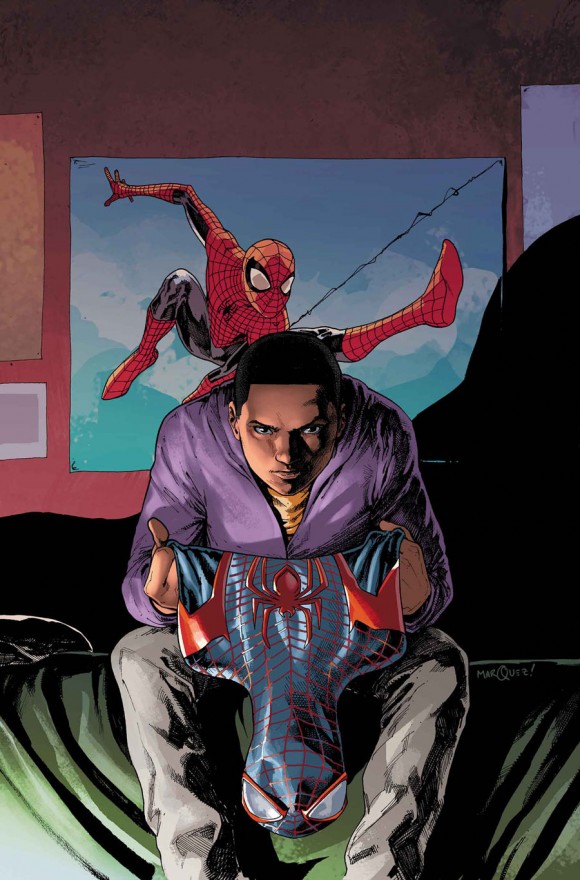 Afterlife With Archie, Vol. 1: Escape From Riverdale. Speaking of chattering up a comic, the Afterlife With Archie series has been one of the most talked-about series I have heard about in years. It deserves it too, with its well-written pages by Roberto Aguirre-Sacasa that goes perfectly with the art by Francesco Francavilla. I recommend getting under the covers and reading it with a flashlight for this trade. Just like you did when you were a kid.

The Superannuated Man #1, Image Comics. Ted McKeever is back! From the genius behind Miniature Jesus, The Extremist and loads of other stunningly evocative work comes a dark tale of a horrific future (Hey, c’mon, it’s Ted McKeever! What were you expecting fluffy bunnies and rainbows?) where mankind has been pushed out of the ecosystem by advanced mutant animals, but in at least one town, one man remains …

Princess Ugg #1, Oni Press. From Ted Naifeh, the creator of the darkly delicious YA series Courtney Crumrin comes another exciting all-ages book. When Ülga, the barbarian princess of Grimmeria, comes to the prestigious Princess Academy in super civilized Atraesca (with her ax, sword, and war mammoth, naturally) things get a little hairy, as you might imagine. Naifeh always perfectly balances child-friendly material with compelling story — he’s pretty much the Pixar of comics in that sense — so pick this up! 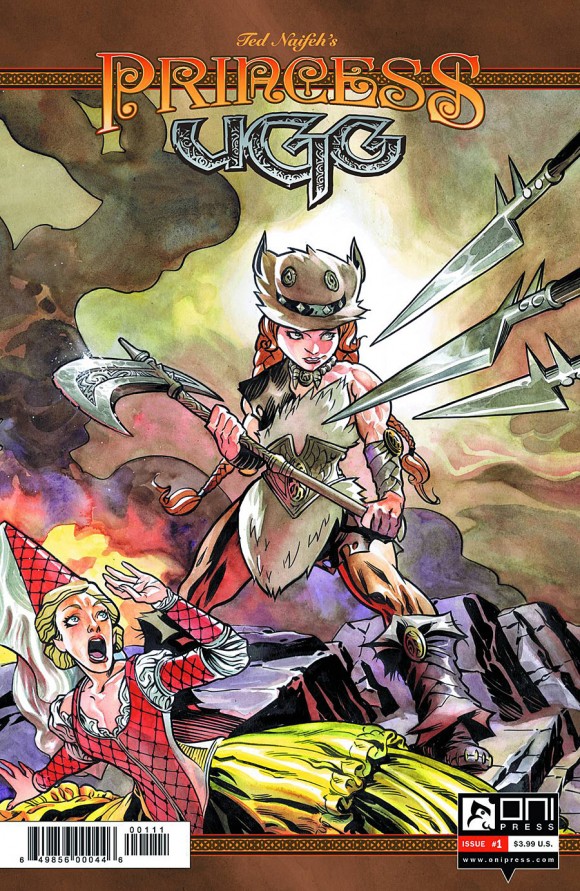 Afterlife With Archie Vol. 1: Escape from Riverdale. If you haven’t read this series, now’s the chance. I could go on and on about how wonderful this book is. I could discuss Francesco Francavilla’s fantastic art style, his wonderful use of paneling to convey true horror, or his perfect control of shadow and light. I could tell you about Roberto Sacasa’s encyclopedic knowledge of Archie characters, his perfectly paced horror writing, or the way he blends the two so effortlessly. I could go on and on. Whether you’re a fan of horror as a genre or Archie as a series, or, and I mean this, neither in particular you will enjoy this book. By far the most gripping zombie book out there. You can keep your Walking Dead and your Crossed — Make Mine Archie!

Original Sin #3, Marvel. The Watcher is dead. The Orb has his eyes, which means he has access to everything the Watcher has ever seen. That only leaves one question … why is everything the Watcher has ever seen recorded in his eyes instead of his brain? I mean he’s got a huge head so it actually explains why he knows so much. Is his brain even a desired commodity? Also I think I know who killed him. It’s, obviously, his wife who we met in the pages of Allred and Fraction’s FF. She’s nowhere to be found in the middle of all this, and she would be anyone’s first suspect. Jason Aaron and Mike Deodato continue the crossover event that exposes everyone’s “Original Sin!” Mine is, I know my jokes are awful and choose to tell them anyway. What’s yours? 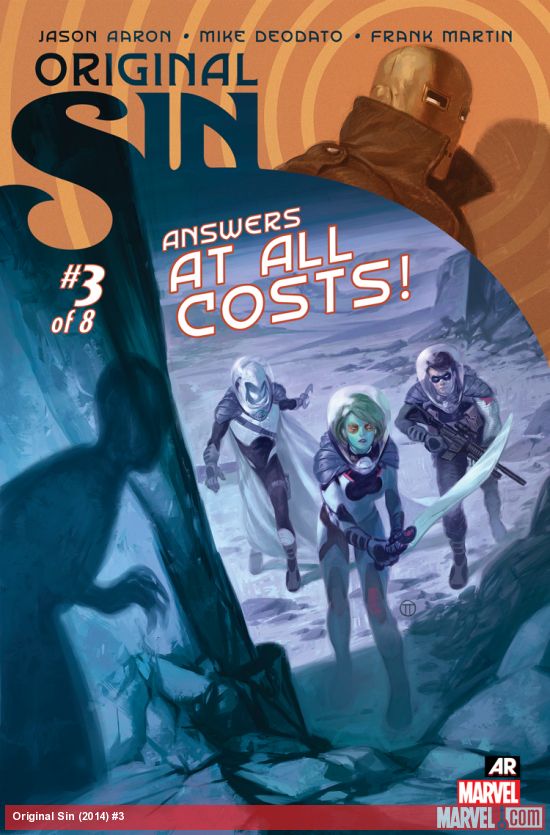 Afterlife With Archie, Vol 1: Escape From Riverdale.  What a pleasant (and horrifying) surprise this was — Issue #1, that is — right before Halloween.  That and each issue since, a strong mover for us — the fastest sellout in Archie print history and the company’s first direct market-only book. And at last, the first five issues collected! Great character work by Roberto Aguirre-Sacasa and moody shadows and oranges in a decidedly un-Archie style by Francesco Francavilla. For any fan of The Walking Dead, any Archie fan over the age of 13, or anyone who’s ever said Archie comics are boring.

Hellblazer, Vol. 8: Rake at the Gates of Hell trade paperback, Vertigo. This may not hit Walking Dead levels, but TV Show Alert this fall!!! Also, it’s an important Vertigo series and this new reprint series has looked sharp. And Ennis and Dillon! 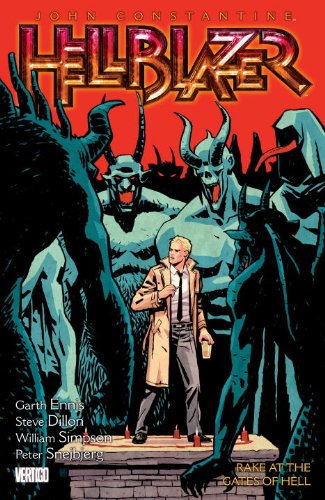 Princess Ugg #1, Oni Press. What a perfect cover with its play on the traditional (and a non-traditional) princess! And we’ve done well with Naifeh’s “Courtney Crumrin” hardcovers from Oni.