Yep. Mark Waid, the writer who rattled all your cages last week, is now a regular for the weekly Hot Picks:

Waid recently bought Alter Ego Comics in Muncie, Ind., and he and his two partners will rotate through here every Tuesday, joining our regular crew of insightful comic-shop folk.

So, welcome, Mark. You get to lead off this week with your picks:

Pretty Deadly #1, Image. There are no bigger fans of artist Emma Rios than me and my partners. I’ve been lucky to work with Emma several times myself, and her work is edgy and stylish but never at the expense of telling the story. I know she and Kelly Sue DeConnick have been planning this trippy, female-lead Western for a while, and it’ll go over big in our store — especially with our female customers.

“The Answer” trade paperback, Dark Horse. Last year, Mike Norton and this year’s Harvey Award winner, Dennis Hopeless, teamed for a terrific mini-series about a mysterious super-hero called The Answer. It was punchy, it was clever, and the series collection is my favorite thing coming out in trade paperback this week. Mike did a signing at our store a few weeks back and has quite the following –deservedly so. 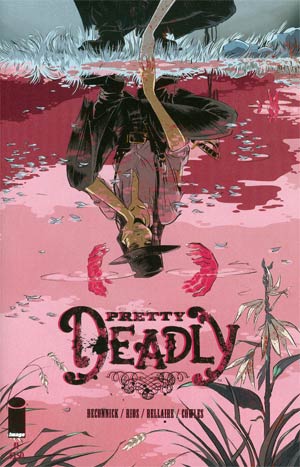 “Hellboy: Midnight Circus” hardcover, Dark Horse. A young Hellboy visits a sinister-type circus … what can go wrong with that???

Aquaman #24, DC. Death of a King, as Arthur finds out what it is to TRULY be the King of the Seven Seas! 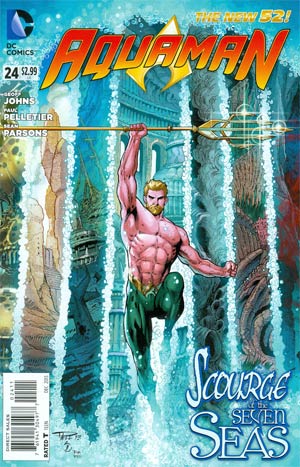 What an amazing week for second issues! We’ve got three books that had very strong #1s all coming out with their follow-ups, the moment of truth — the time to see if the first issue was a fluke or not.

Kiss Me Satan #2, Dark Horse. The first issue of this lushly illustrated book introduced us to angels, werewolves, witches and some pretty intense Mafia-style action. A fun, kinetic read that reminds you that you don’t always have to take your comics so seriously and that the bizarre can be entertaining even when it’s not “extreme” or violent.

Rat Queens #2, Image. A fantasy world that seems to operate just like an RPG? A world in which the person packing lunch only brought candy and psychotropic mushrooms? The first issue of this book sparkled with wit, well-written characters, and fantastic art. It also ended with a fun cliffhanger, so how can you NOT want to pick it up?

Sex Criminals #2, Image. In all honesty, I was worried that the hype on this — Matt Fraction and Chip Zdarsky’s new series about a couple who cause time to stop when they have orgasms — was leading me to disappointment. How good could it really be?! Well, I was wrong. Fraction’s writing is superb and Zdarsky just … kills it. The first issue was full of exposition and conversation, but Chip made it all not only work, but pull you in. I keep telling people that it’s like he took Wally Wood’s “22 panels that always work” and said, “Yeah… but we can do even more.”

Helpful hint: There are second printings of both Sex Criminals #1 and Rat Queens #1 coming out this week, as well, so if you missed the first issue but really want to see what all the talk is about, you can do so easily. (Kiss Me Satan #1 is still in stock at Diamond, so just ask your shop to order it, if they don’t still have copies.) 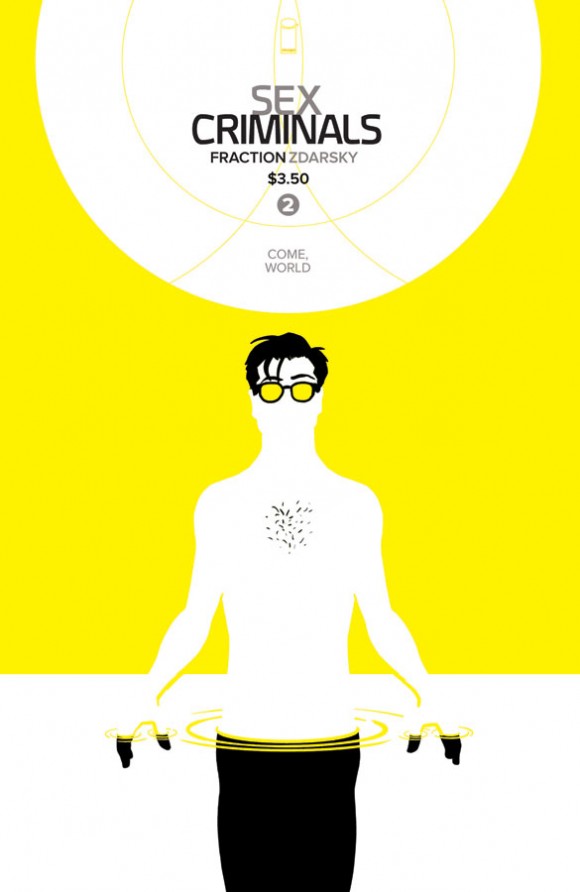 Velvet #1, Image. Ed Brubaker’s Velvet is finally here!  Ed has never left me down on anything that he has done.  So, when I read the solicits for this issue, about a female ex-agent getting back into the field after 20 years, I was already invested in her. Steve Epting’s art and Brubaker’s word are a must-buy in any title.

“Spider-Man: Life in The Mad Dog Ward” trade paperback, Marvel. The comic that blew my little 10-year-old mind is finally released  again. I hope it’s just as crazy as I remembered it.

Fables Encyclopedia Deluxe Edition, Vertigo. Are you a hardcore Fables fan or know one? This gorgeous hardcover with a wraparound cover by Adam Hughes (*swoon*!) lists every character to appear in Fables, their first appearances, how they tie into the Fables mythos, and background facts and tidbits galore. Start your holiday shopping early with this book.

Erf, hardcover edition. Love the sick twisted mind of Garth Ennis? Well, he wrote a children’s book. Seriously. The softcover and limited edition hardcover sold out in a heartbeat last year after his Kickstarter took off. If you missed out on snagging a copy of this whimsical and heartfelt tale of finding one’s self and redemption, it’s available again. Another good choice for a gift — both kids and Garth Ennis fans alike will enjoy having this book in their library. 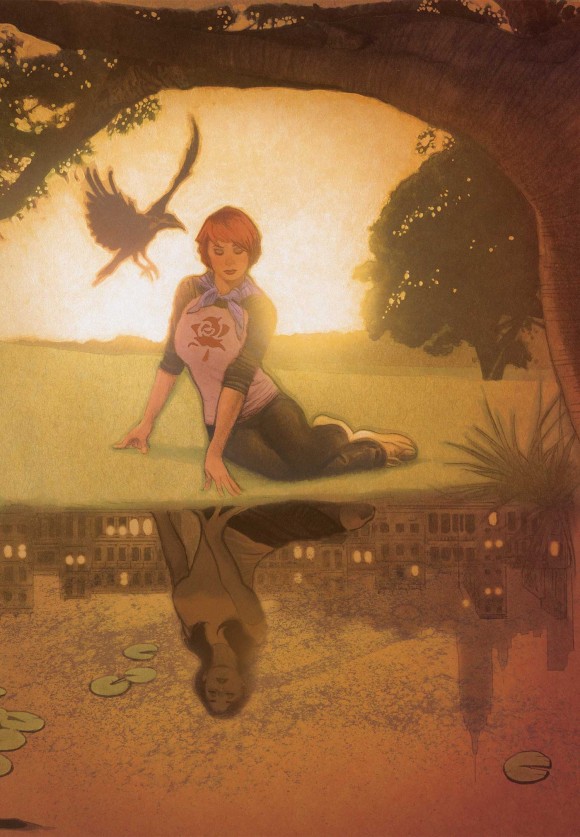 “Uzumaki 3-in-1” trade paperback, Viz Media. Horror is difficult to pull off in comics, especially in today’s world of movies and television. You never get the sense of “I’m trapped and can’t get out of this situation” the way you do when you spend $14.50 on a movie. In comics, you see a horrifying image and you turn the page and are safe. Junji Ito is, to me, one of the horror masters for comics. When you turn the page after reading one of his oddly simple yet horrifying stories, the imagery haunts you. It’s not about shock or pushing the envelope, it’s really about getting a simple “what if” idea across and the logical horror that comes after that. I always look forward to reading any of his stories with the lights on, and in the company of others.

Young Avengers #11, Marvel. Young Avengers is a very energetic book with a lot of young people references. They talk about Twitter, and blogging and go on interdimensional travels as they search for Wiccan’s twin brother Speed and escape their powerful supervillains, Patriot and Mother. Young folks get it. 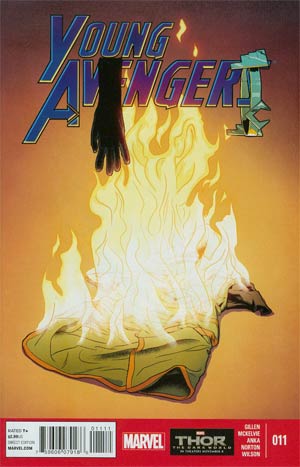