Doesn’t matter that it didn’t come out this year. It won a bajillion awards last year and always makes a good gift 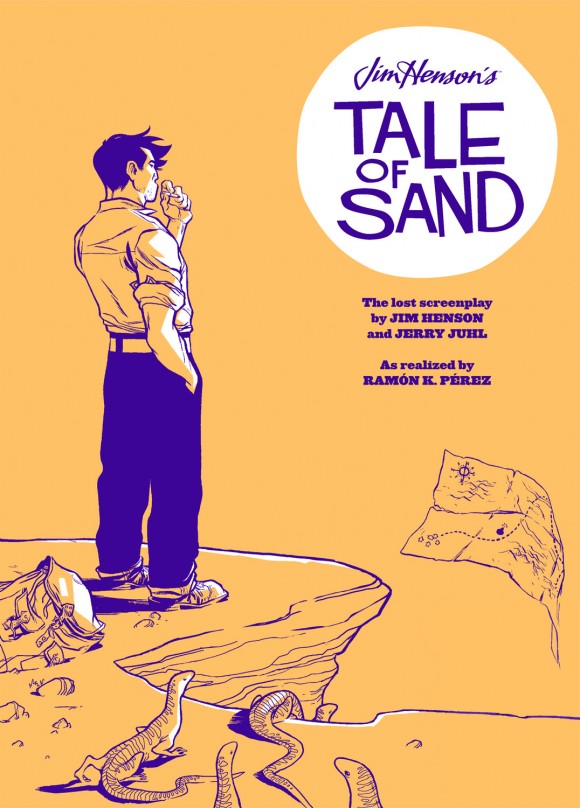 Menachem Luchins of Escape Pod Comics in Huntington, L.I., made this pick: “Jim Henson’s Tale of Sand,” Ramon K. Pérez (Based on the screenplay by Jim Henson and Jerry Juhl), hardcover, Archaia. This Eisner-winning book is what happens when a comics master is given the task of realizing an experimental film by one of the greatest imaginations of the 20th century. Henson never got around to filming “Tale of Sand” for a variety of reasons, but he left specific instructions and details for it and Pérez fulfills them all.

A truly daring piece of work, the story is one told mostly through images and sound effects, which means the art (the paneling especially) is the star of this show. The story itself is almost a classic Western trope: newcomer to town is caught up in something far beyond his understanding but lives and honor are on the line. That’s about the only thing in this book that fits any sort of easily definable ideal, and that’s one of the most wonderful parts about it.

Perfect for your friends who are Henson fans (especially his early work, or films like “Dark Crystal” and “Labyrinth”), into experimental film or art, or stoners. (C’mon, there’s at least ONE on your shopping list, admit it.) Cover price: $29.95.

Looking for more ideas? Here. Plus a whole bunch more to come on Black Friday!