And, aside from a few, they’re all #1s or first volumes! Dammit, comics, why you gotta be putting out so much wonderfulness?!

Let’s start with non-firsts. Archie vs. Predator (Dark Horse/Archie) is, as I’ve said, one of the books we’re pushing heavily this spring — it’s just such ridiculous fun! And, true to old-school comics, the second issue is going to be totally readable without #1. This way, even if your LCS isn’t as awesome as Escape Pod Comics (where we have LOADS of #1) you can still get in on this great miniseries!

Similarly, Stray Bullets is the ULTIMATE “start anywhere” series. With Image re-releasing new editions of the original series, you can grab one and come back for more later. Vol. 2 of the greatest crime/slice-of-life/coming-of-age series hits shelves again his week! 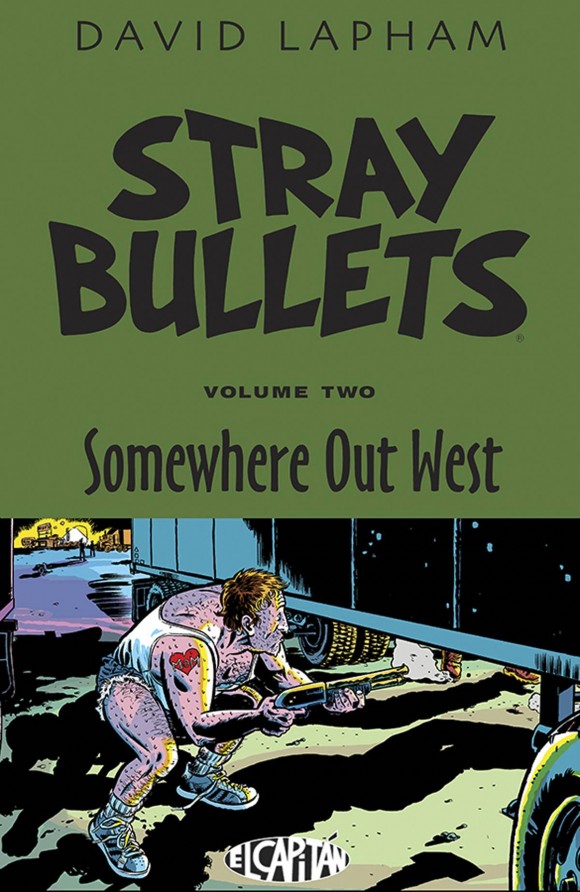 Dark Horse, though, may have the most exciting new book this week: Everyone’s favorite rabbit ronin is back with Usagi Yojimbo #145! This long-running series took a hiatus due to the creator’s wife’s illness and eventual passing. If you’ve never read a Usagi comic, this is the perfect place to jump on. Rarely has there been such a wonderful blend of introspection, action and pacing as there is in Usagi Yojimbo. You’ve all heard so much about it for so many years, why not finally give it a chance?

Andrew MacLean’s Apocalyptigirl: An Aria for the End Times (Dark Horse) is the post-apocalyptic book I can easily see having prequels or continuations. A tough-as-nails survivor makes her way across the ruined landscape with her cat, Jelly Bean. If you spent the weekend talking about how awesome Charlize Theron was in Mad Max: Fury Road, you should totally pick this book up! 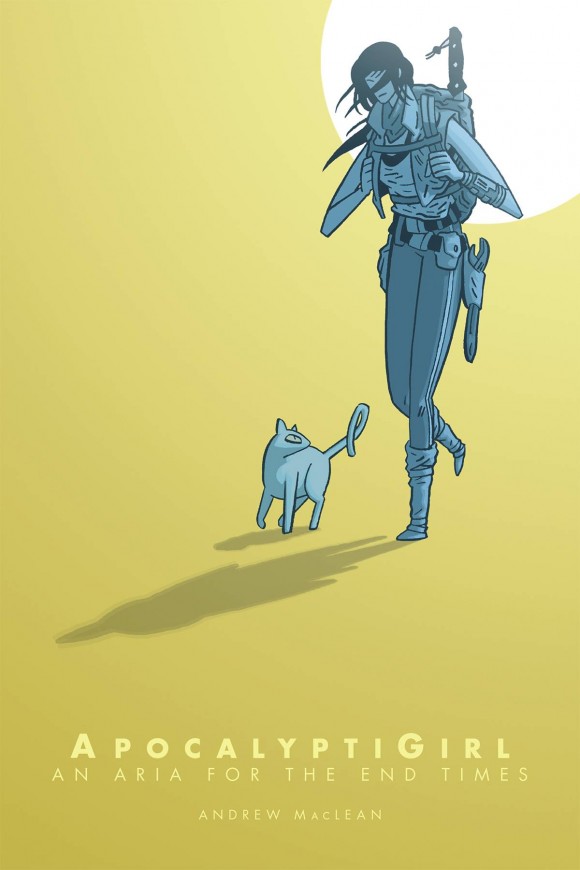 Marvel, of course, has been telling us “THERE IS ONLY SECRET WARS” for about a month now, and this week they deliver. So so so many Secret Wars #1s…

I’m going to focus on the two with he most “heat” on them: Deadpool’s Secret Secret Wars #1 will, of course, sell like crazy but I think there’s a lot more to it than the fact that the Merc With the Mouth sells well; having a series that both pokes fun at the very concept of Secret Wars while only being loosely connected to it is exactly what you need to do when you’re having a company-wide event. It gives me hope that all (or at least some) of the tie-in books for this will have their own unique voice and perspective.

A-Force #1, on the other hand, is a series firmly enmeshed in the giant nonsense that is a crossover/event that spans an entire line. This book has been drawing all sorts of attention, negative and positive. I’m not thrilled for a series that assumes you are reading Secret Wars, as a retailer. But as a fan… well, I have three words for you: G. Willow. Wilson. ‘Nuff said. 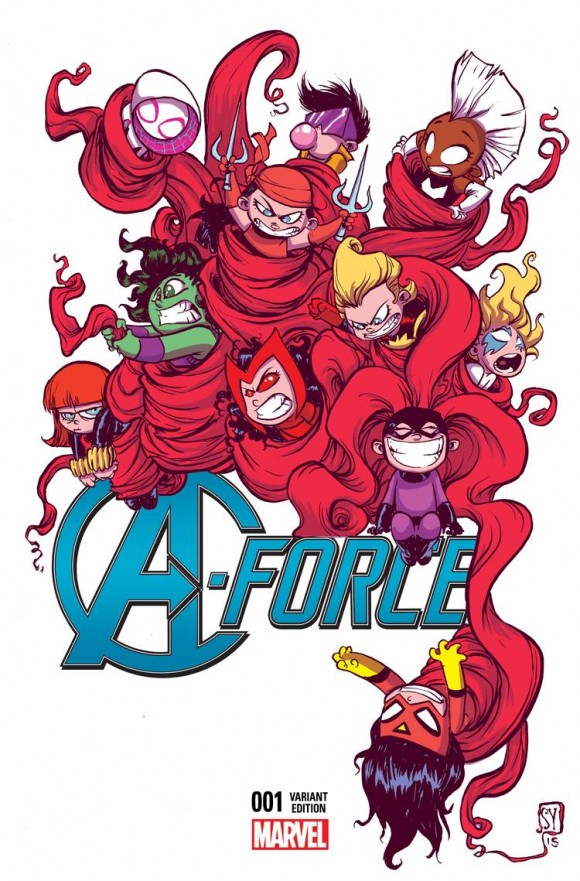 IDW, meanwhile is all about beloved franchises this week. Donald Duck #1 continues their return to Rosa/Barks-style Disney comics and Dirk Gently’s Holistic Detective Agency #1 takes one of Douglas Adams’ lesser-known (but no less hilarious) book series (and, more recently, TV miniseries) and puts it into comic form. Both seem to be fun, hilarious reads. 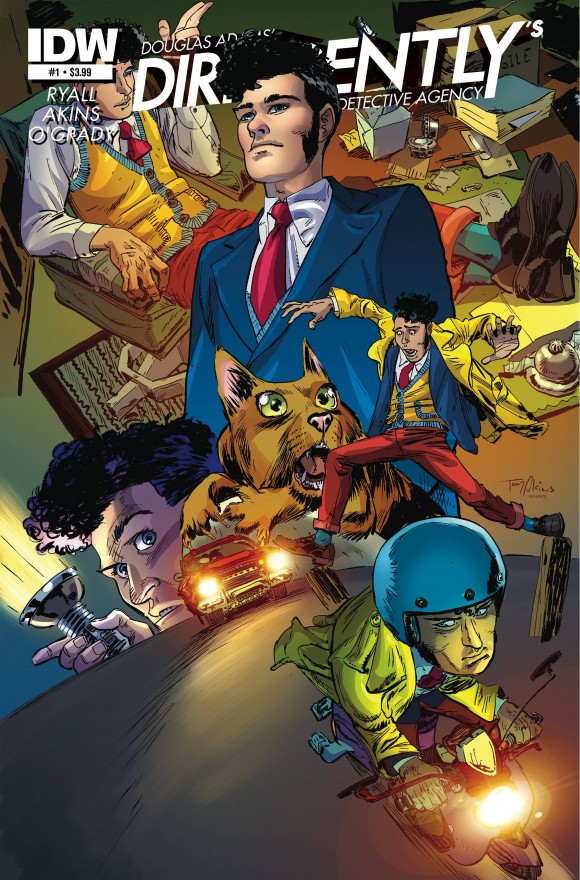 Boom!, after the success they had with Max Bemis’ last series, offered him another mini-series. Rather than construct another book about a tortured-artist type like himself, this time Bemis decided to pen a “love letter to the ’90s.” Oh Killstrike! looks to be just that — with pouches, EXTREME violence, and all the other sometimes-funny-sometimes-sad staples of the ’90s glut of superheroes. So, if all that (or making fun of all that) is your jam, pick this one up! 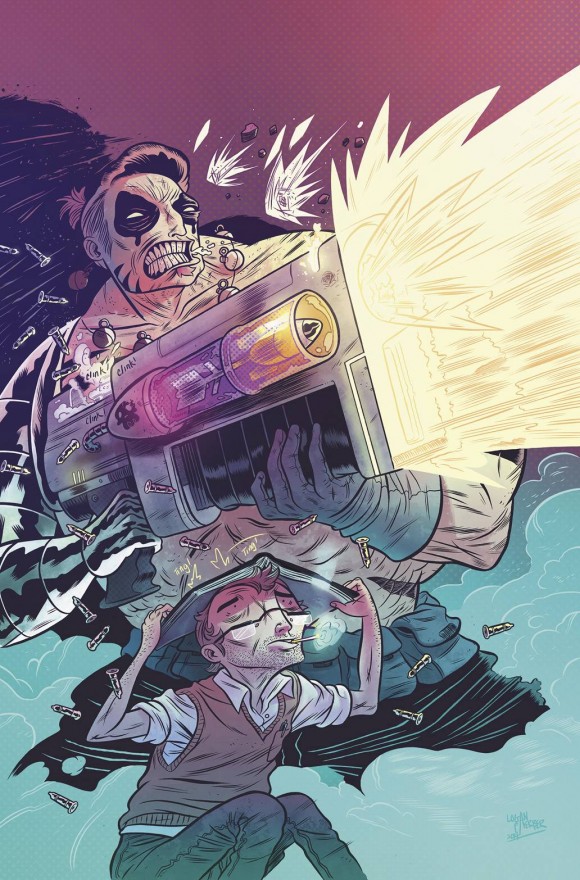 Image Comics this week only has one book I’m highlighting but what a book it is. Paul Maybury is one of these dynamic, sensual artists who can pretty much do no wrong in my eyes. Add in Joe Casey, a writer many feel the same way about, and sprinkle with Asgardians on Earth kicking back and having a good time, and you’ve got a book that looks to be one of the best things in years. Seriously, you heard it from me first: This is THE BOOK. 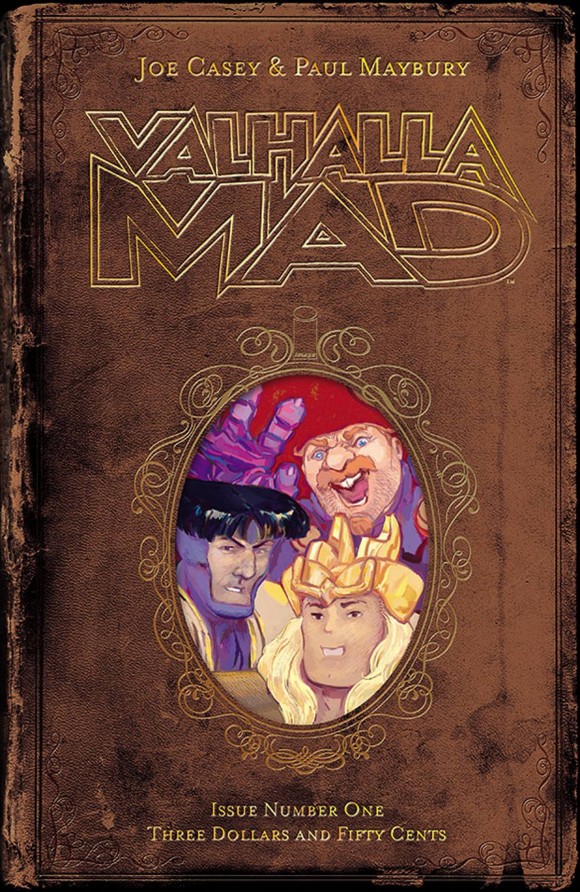 And that would have been it… if not for this amazing re-issue! 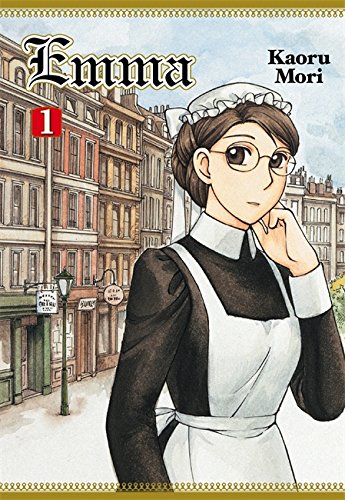 Kaori Mori’s Emma is, hands down, my favorite manga of all time. Sadly, the English version was licensed to Tokyo Pop! and disappeared when that company went bust. Not before finishing this epic series about a Victorian maid whose boss, a smart, tough, single woman with an interesting past of her own, insists on educating her and making her the best she can be. When a young man she used to be governess for comes to visit the elderly woman, love is sparked. I know, I know… it sounds like super-trite Shojo nonsense. And maybe it is, but if it is, it’s the best damn Shojo nonsense ever. Thank you, thank you, Yen Press, for bringing this series back in glorious hardcover!