Crazy as it is to say, I’m actually very excited for two of the Secret Wars tie-ins this week:

1602 Witch Hunter: Angela (Marvel) is by the same team doing the usual book. The series’ lyricism and perfectly engineered flow from story to story, artist to artist is something that can only be a benefit in the world of Neil Gaiman’s 1602, where it’s half super-hero, half Marquezesque magical realism.

Weirdworld (Marvel) — Admission #1: I will follow Mike Del Mundo anywhere. His work is masterful and evocative — with a flowing line that almost flies off the page but with such control, he and his collaborators make their stories DANCE. And he’s doing this one with Jason Aaron. JASON AARON, whose work with a wide range of artists with diverse styles, from Esad Ribic to Jason Latour to Ron Garney, is exemplary. The same Aaron who took the diverse aspects of the Norse mythos as conveyed through Marvel and a hint of this and that to give us the wonderful God of Thunder series and it’s follow up — the unadjectived Thor series.

Oh, and the series is about a place where all of the weird, freaky, merchandise-chasing fantasy characters of the ’70s and ’80s exist. GET THIS ONE. 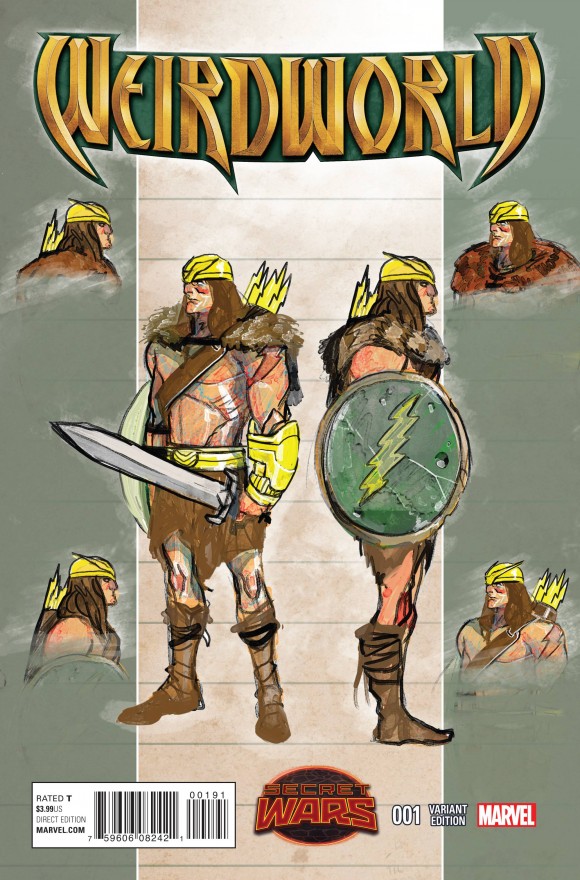 There are also two wonderful trades coming out this week: One is Titan Comics’ Doctor Who (12th Doctor) and the other is Dark Horse Comics’ Ghost Fleet. Now, the latter book never really finished its issue run in print, but that was because Dark Horse shifted it to digital first, and decided to collect the last two issues of the arc in this trade.

Ghost Fleet is good stuff — it’s not what you expect, but then it sort of is, and then it is more so and you love it. At least, that’s how it felt up until the last issue in print. I’ve been waiting for this book for a few months and I’m excited! Secondly, though, bravo to Dark Horse for this move: Trades are the best commodity comic books have and I, as a retailer, would much rather have customers picking up three trades a week and two monthlies than 25 monthly issues (many of which they will take almost a year to read, hoarding them) and one trade every other week — but maybe that’s just me.

That being said, trades have longer shelf life and a customer who just wandered in to see if there is anything new is more likely to want to walk away with a full story than a random chapter of one.

Anyway, sorry for that but I’m really happy with Dark Horse and their recent round of promotions, specifically involving beefing up their trade and book division! 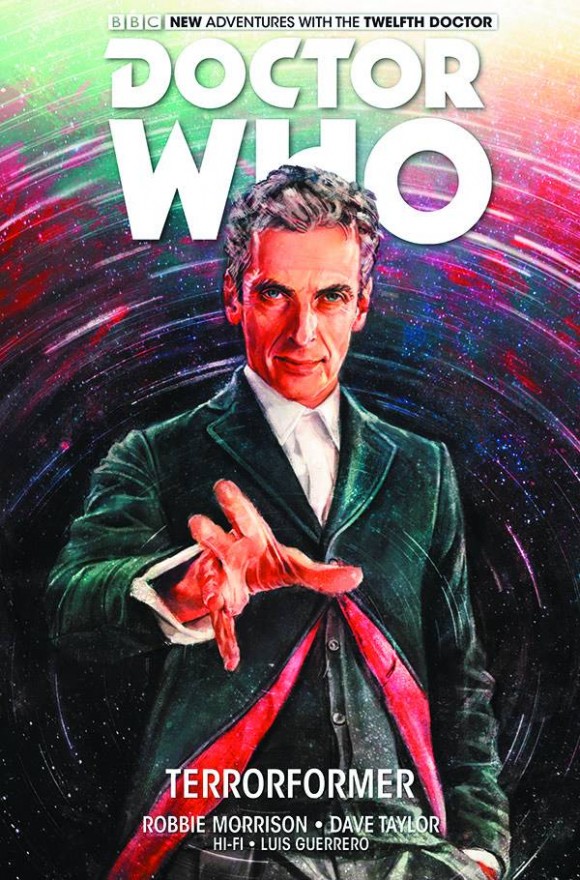 I mentioned people who walk in randomly. Well, for me, many of them are not random — they come in because they see the Doctor Who sign in our window, telling them they are “sold here.” People love Doctor Who, they just do, and Titan’s new run is just young enough to be fresh but old enough to have trades.

The 12th Doctor book out this week rounds out the series, offering a hardback each, for $19.99, of the 10th, 11th and 12th Doctors. Each series features a totally new companion — well, except for this one, as Jenna Coleman’s Clara is still the tag-along — all wonderfully realized. Definitely give it a go if you’re enjoying Peter Capaldi’s current run as the Time Lord.

Wow, I’ve been rambling on so I’m just going to leave you with one last pick: This is one of those books that people seem to discover at Issue #3 and, of course, #1 (and shortly #2) is sold out — San Hannibal (Pop! Goes the Icon) by Dan Schkade and Jesse Snavlin, with JD Faith, is a surrealist pop noir new wave fusion so iconic you could swear you’ve seen it before.

A hard-luck detective looks for a disappearing photojournalist in a town with dark secrets and darker alleys. This is if Andy Warhol shot an Elmore Leonard movie but he never finished it and Ridley Scott and David Lynch got together and wrapped it all up. 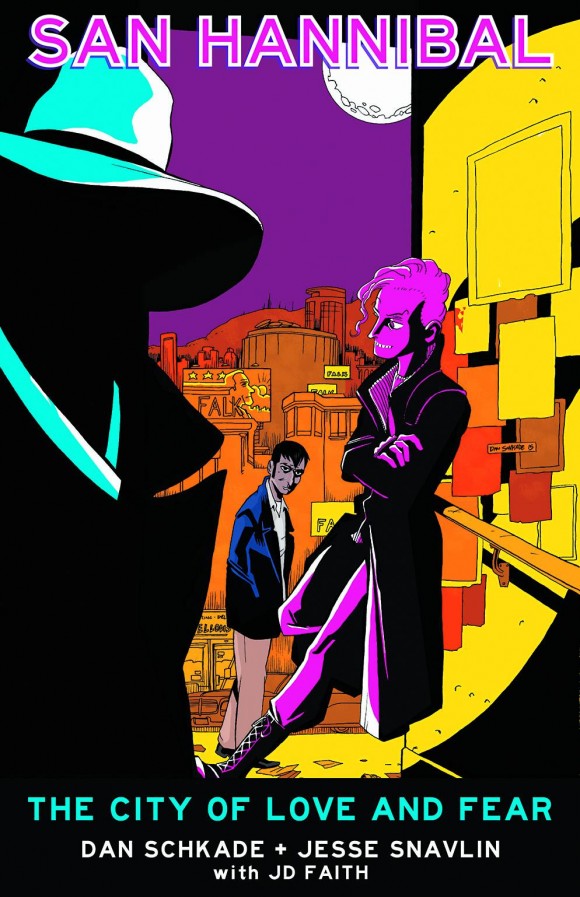