Well, let’s deal with the books that AREN’T brand new first and then we can tackle the #1s, I guess…

Trades and graphic novels first? Sure.

We’re highlighting reprints and collections this week, because comics didn’t suddenly just become awesome — they have been for more than 100 years!

Like Brain Camp (Square Fish), one of the earlier works of the great Faith Erin Hicks and written by Susan Kim and Laurence Klavan. Is your child a genius prodigy who can be difficult? Well, at this special camp they can help — even the rowdiest child will behave when they’re a zombie! 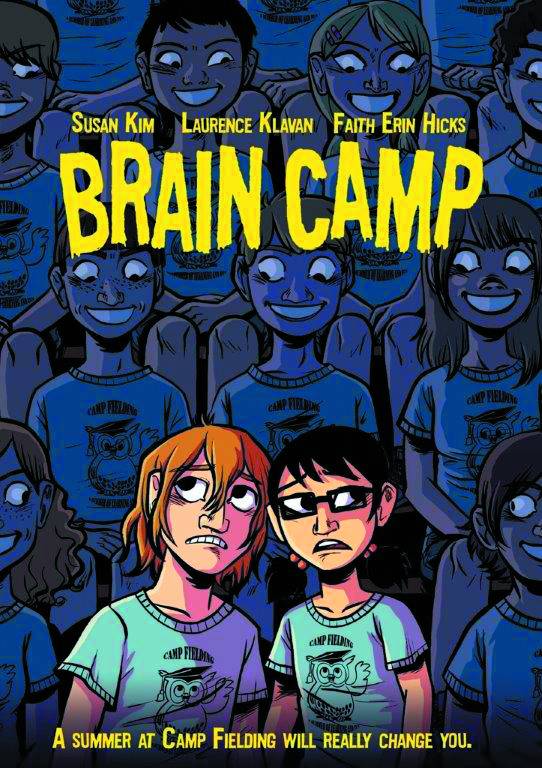 Another reprint this week is the 20th anniversary of Clover Honey (Alternative Comics) but this isn’t just a reprinting of Rich Tommaso’s first graphic novel. No, Tommaso has revised, redrawn and expanded this wonderful tale of a young hitwoman proving herself by taking out her mentor, who is on the run with the mob’s money!

There’s also Fragments of Horror (Viz Media). Of course, to us in the USA these shorter Junji Ito works are brand new, as they’ve never been published here before. Give it a shot and see why Ito is the Japanese master of the macabre.

Speaking of masters, this week brings us The Complete Eightball (Fantagraphics). Dan Clowes‘ seminal work celebrates its 25th anniversary with this hardcover slipcase reprinting ALL 18 issues of the zany, wacky, surreal and deeply meaningful work. 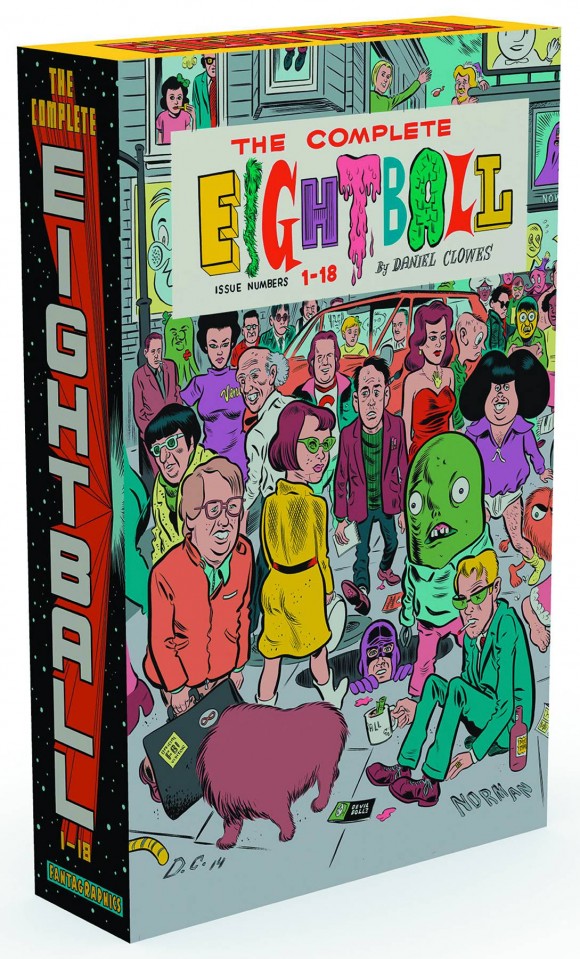 The most exciting book, to me, out this week, though is DC Comics‘ Gotham Academy Vol. 1 trade paperback. I’ve always loved books that show us the human side of the super-hero world and am an unrepentant sucker for YA works. What Karl Kerschl, Becky Cloonan and Brenden Fletcher have done is meld the two so perfectly that it’s astounding. There are loads of great books for the teen set out there, many even by the Big Two but Gotham Academy is in a class all its own. 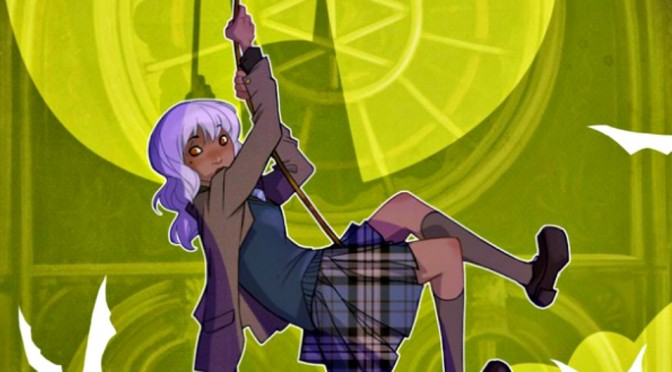 As for single issues, before we hit #1s, let’s mention two great books that are launching new storylines this week.

Jason Latour and Jason Aaron have been bringing the heat in Southern Bastards (Image) since the beginning. From Earl Tubb’s attempt to bring peace to his old hometown to the sad history of Coach Boss, this book has delivered some of the deepest character writing in a book full of blood and violence in quite some time. Issue #9 and this new, third storyline are likely to keep the trend going, as we finally hit the climactic events promised since #4.

Another Image book that doesn’t skimp on the action and characterization is Greg Rucka and Michael Lark’s fantastic Lazarus. After the events of the conclave, everything is in upheaval, as we saw in the one-shot last month. Issue #17 puts us directly into the action while we see how the Carlyle family deals with the hard blow they were just dealt. Lazarus is so tightly written that anyone can pick up this issue as a starting point. Of course, then you’ll need to buy the previous three trades but it’s totally worth it, trust me. 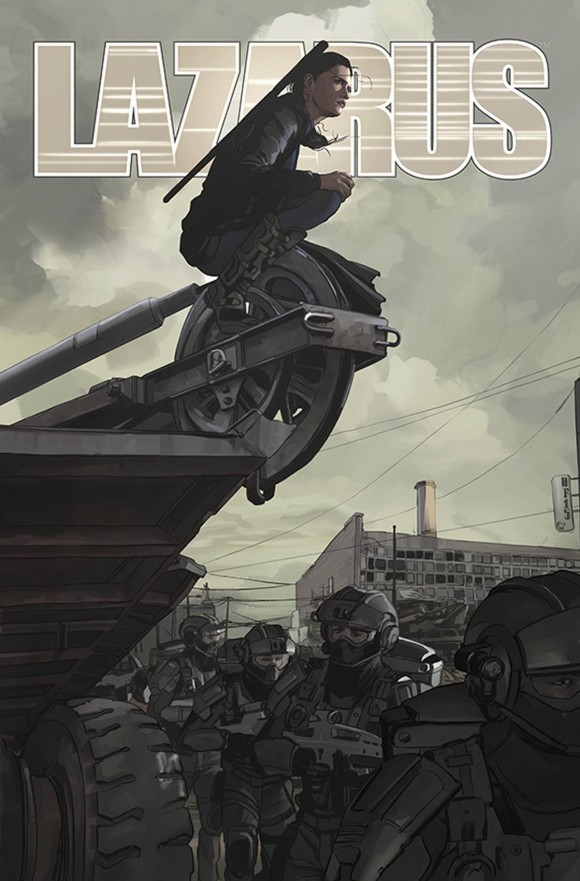 With Secret Wars going and DC’s post-Convergence rollout, we’ve got so many new titles it’s almost impossible to read them all. Here are my choices for the ones you shouldn’t miss:

Dr. Fate (DC) is a daring move from this company, as it teams up an established veteran (Paul Levitz) and a daring rising star (Sonny Liew). 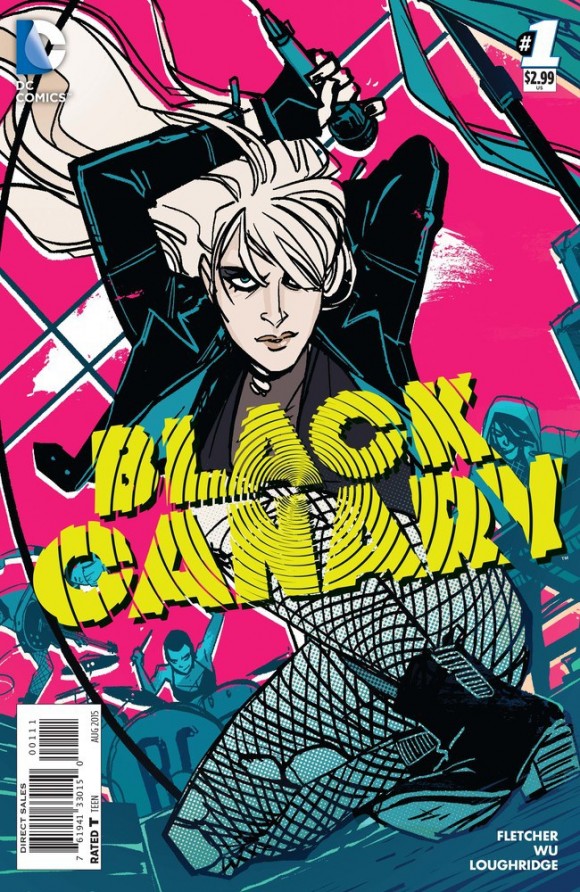 The last book from DC I want to highlight is another departure. Prez — which first appeared in the ’70s — has been a character firmly entrenched in the Vertigo universe since Neil Gaiman brought him there in the ’90s. But with the Multiverse open the way it now is, we can follow the adventures of the world’s first teenage president and her heroics in this new miniseries. It looks like it may be one of the best political satire comics in a loooong time.

Over at Marvel, there are LOADS of Secret Wars tie-ins this week but only one I care about: Thors is Thor-master Jason Aaron’s murder mystery featuring the police force of Battleworld — every hammer-wielder ever. Aaron has already proven that he writes crime damn well (see above) and has taken his place as the Thor writer of the 21st century. Add the fact that his other Secret Wars book, Weirdworld, was as good as I hoped and you’ve got a title here I’m thrilled for. 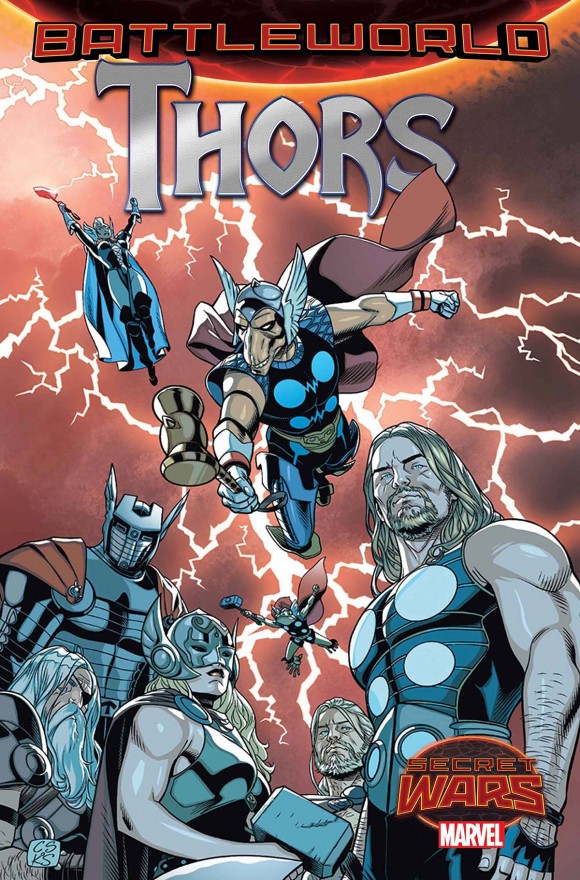 But, as I like to point out, DC and Marvel are not the be-all-and-end-all of comics.

Interestingly, all of our other #1s this week are media properties coming to comics.

Titan Comics launches their new movie tie-in book with Minions #1, featuring those mumbling, yellow henchemen from the Despicable Me franchise who will soon be getting their own film.

A movie property that has shown it has legs is IDW’s Ghostbusters. In this, their most recent mini-series, the comics version of the guys you’re gonna call have an interdimensional run-in with themselves — in the form of the cartoon characters based on them, TV’s The Real Ghostbusters. Ghostbusters: Get Real #1 should be an interesting read

The last pick is something that I’m really not sure you are all going to be able to get. DC has been putting out Mad Max: Fury Road comics that highlight specific characters. This week the breakout character, Imperator Furiosa, gets her own book.

But, more interesting is the marketing aspect of this. DC noticed the huge amount of fan art on the ‘net for this awesome lady and sort of quietly announced a blank, sketch-cover variant. It’s already sold out at Diamond, but I know we’re getting a few. If you’re a fan of the movie and have been dying to get a piece of Furiosa art by your favorite comics artist, this is the edition of the book you want.