Menachem sure can pick ’em: In this Something For Everybody edition of HOT PICKS EXTRA!, there’s Bill & Ted, Copperhead, Southern Cross and The Surface. And Fart Party. Gotta have Fart Party.

Recently there’s been a lot of talk about “cheerleading” replacing reviews and whatnot in comics. It’s really too long a discussion for here but I will point out that, for the majority of my picks I haven’t even read these books — I’m just going based on previews, the creative team, etc…

If I did this after I read the comics, well firstly you wouldn’t be seeing this for a month, because it takes me over a month to get through my weekly stack of 40-50 books but, also the list would be different, but not by much.

There are so many great creative teams working on projects that are just so right for them that preparing a list like this is almost overwhelming. For example, on Twitter last Friday, Ian McGinty assured me that he and Ryan North did a great job on their Bill & Ted story (Bill & Ted’s Most Triumphant Return #1- Boom Studios). But I already knew that! These are two creators who have never let me down and who fit so well with these characters, that it’s a no-brainer that if you like Bill & Ted, you’ll like this book, what with Brian Lynch & Jerry Gaylord on the main story in it!

Similarly, I had no fear that with Joe Quinones on art, that Chip Zdarsky’s new Howard the Duck (Marvel) wasn’t going live up to it’s name — but after talking to Zdarsky on our NSFW podcast, Fan-Dumb, I can categorically say that this man has the title well in hand. (You can listen to the whole interview here.) 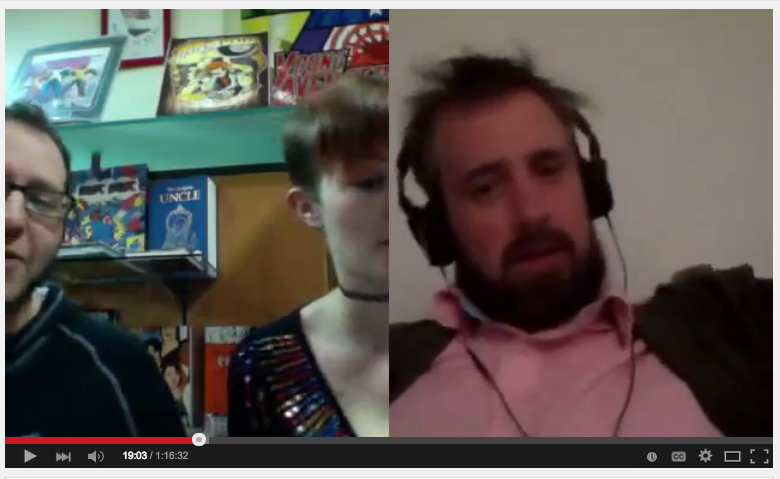 (Editor’s Note: I still haven’t been invited on the podcast. Nice. — Dan)

That’s what makes doing these each week so hard — there’s so much stuff out there for every taste, that I feel like if I just focus on a few titles, people might miss out on a book that’s perfect for them that they maybe never heard of!

To start with low-hanging fruit: Kurt Busiek and Brent Anderson’s Astro City is one of the finest superhero comics ever and their recent story, all about Winged Victory — their warrior woman character who gets her strength as a representative of all women’s power — is a fascinating look at celebrity, feminism, and choosing what is right vs. what is being offered to you.

But how many people have passed this series up because it’s too “far along” or complicated — ignoring the fact that Busiek writes the series so that every new storyline is self-contained and a perfect jumping-on point. (Psst: That was a not-so-subtle hint to pick up Astro City: Victory (Vertigo) in trade this week.)

In a similar vein, we have Copperhead, a great new series from Image Comics that contains that great Western/space opera feel along with a fairly engrossing small-town police procedural. With fivw issues out, the book has lost a little of its “fresh and hot” buzz, but the trade out this week is certainly worth your $10, if the concepts appeal to you!

On the $10 Image front, we also have The Humans Vol. 1 and Oddly Normal Vol. 1. Two more different books would be hard to find at the same publisher, but whether it’s Keller and Neely’s ’60s ape biker gang drugging it up and getting a little of the old ultra-violence or Otis Frampton’s YA story about a green-haired half-witch and her search for the truth behind her parents’ disappearance there really is a comic for everyone!

Argh, see?! I can’t go on and on doing this for every title out there!! But I COULD!

We’ve got Dylan Meconis’ Danse Macabre 2.0 (Toonhound Studios), which is an updated Medieval “Book of Death” for the modern age, right next to Julia Wertz’s Museum of Mistakes (Atomic Book Company), which collects the poignant, hilarious, and often inspiring (in an odd way) “Fart Party” webcomics in a giant volume of existential goodness! 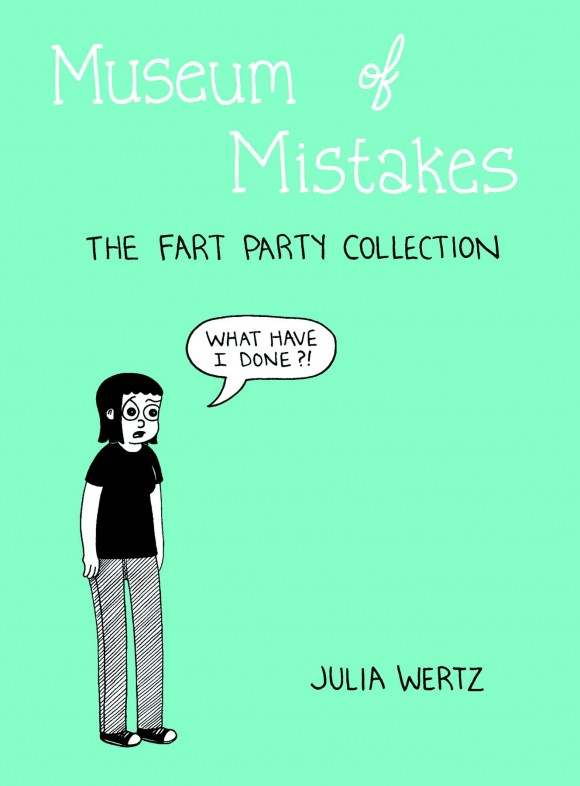 For younger readers we have the great Katie Cook‘s (who is having a ReplyAll.Me conversation RIGHT HERE on 13th Dimension!) all-age webcomic Gronk: A Monster’s Story coming out in full color from Action Lab. It’s a silly, fun, read about finding your place in a world that may not be the one you’re familiar with… 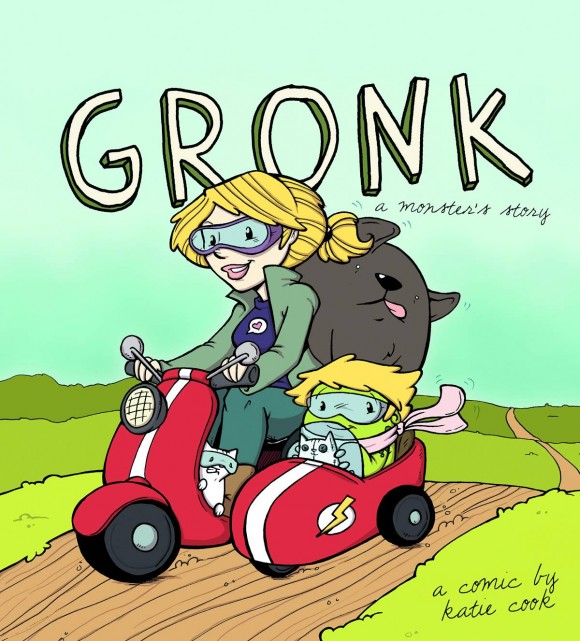 Alright… Home stretch, folks: These last four books are all the hottest of Hot Picks that I just can’t leave without letting you know about!

We’ve got Gary Spencer Millridge’s epic return to Strangehaven with Meanwhile #1 (Soaring Penguin). That’s yet another self-published piece back on the market from the good old days!

David Petersen’s wonderful Mouse Guard may not be continuing with new adventures, but we’re lucky to be getting a third volume of “Legends of the Guard,” the great anthology series featuring the works of all sorts of amazing creators. This #1 from Boom! Studios features Skottie Young, Mark Buckingham and Hannah Christenson taking their turn at Petersen’s world.

Last but certainly not least are two new series with such strong creative teams that they simply can’t be ignored, both from Image Comics, naturally: We’ve got Becky Cloonan and Andy Belanger’s Southern Cross –– a mystery, SF, weird fiction thriller that promises to keep upping the creepiness factor as the story continues. The other is Ales Kot and Langdon Foss’ Surface, a super-trippy exploration of what nature really is, told by two creators who have proved more than once that they can do this kind of story very well, indeed. 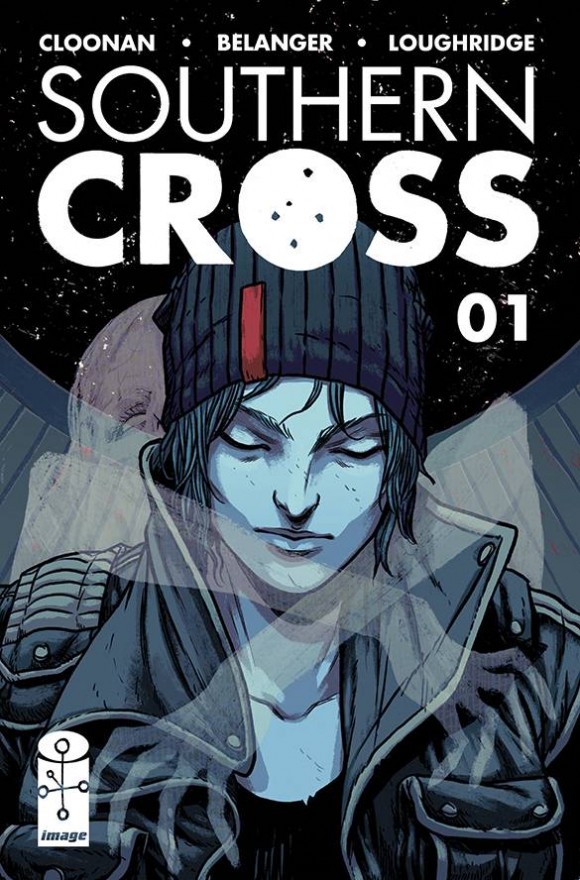 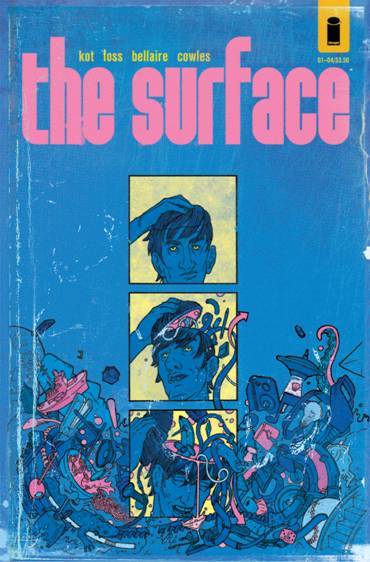