HOT PICKS: A ‘Superior’ Week and a Lot of ‘Sex’

Here’s what the experts at the stores pick …

Batman #30, DC. Snyder and Capullo continue their winning streak on Batman, and it’s one of the few DC books that really drives our customers into the store each and every Wednesday it hits.

Nova #16, Marvel. Not only is this a well-written book, consistently — and very new-reader and all-ages friendly — but as an insider, let’s just say that I know a few reasons to keep an extra-watchful eye on Nova in the near future.

Sex Criminals Vol. 1 trade paperback, Image. Man, if you can’t sell this to your customers, get out of the business.

Superior Spider-Man #31, Marvel. This is it — the final issue of Superior Spidey! One true hero will unmask the Green Goblin and take down the Goblin Nation. Will it be Otto Octavius or Peter Parker? Find out the answer in the biggest Spidey event since Dan Slott cut Petey down with a swipe of his pen!

Thanos navy T-shirt. This shirt is so badass you almost don’t need the gold rings adorning both fists. Almost. 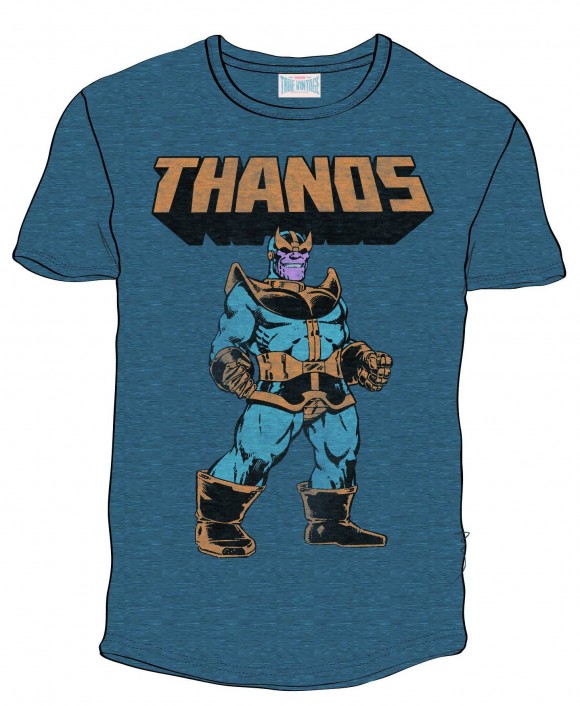 Ultimate FF #1, Marvel. I was a little let down by Ultimate Comics Ultimates. I’m not sure what I was expecting; maybe more action and less teen angst.  I wanted it to capture the scale that Millar, Hitch and even Loeb worked on. Anyway, so the second batter up for team Ultimates is FF. In this interpretation we have the Falcon, Iron Man, Machine Man and Sue Storm working to save the world, using their powers and brains. Josh Fialkov who has most recently worked on Hunger and Cataclysm, certainly knows how to work in global threatening scale, and along with his cred on I, Vampire, I have no doubt that this will be an enjoyable read. Art by Mario Guevara.

Superior Spider-Man #31, Marvel. So Peter Parker finally gets to control his own body again. It’s going to be great seeing him try to fix everything that Doctor Octopus screwed up for him. It’s funny, I was so against this happening at first and then Dan Slott came in and proved to me there could be great Spider-Man stories without the actual Spider-Man in them. Looking forward to see where Peter goes from here. 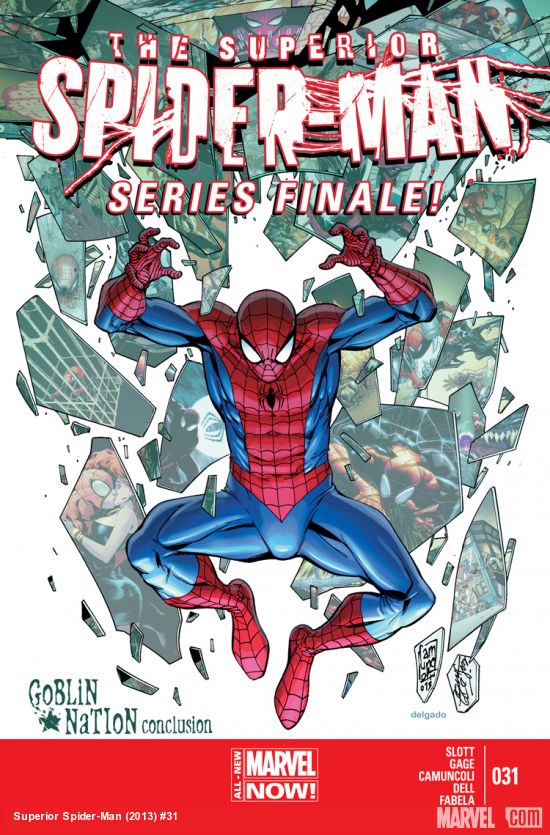 Ms. Marvel #3, Marvel. Speaking of Spider-Man, I consider this title to be a true second coming of the teenage super hero. Kamala Khan stands in for Peter here and I’ve been enjoying the ride while she discovers her new powers and her place in the Marvel Universe. On a different note, it’s been real fun seeing all the new faces coming in the store to pick up the first two issues. It’s great to see people not normally into comics really get into a character!

Well, it’s another EPIC week for comics and even though my store will be closed this Wednesday for Passover, we’ll have all the new books out and in hold customer’s boxes Thursday morning. Here’s what I’ll be telling people they NEED, whether they know it or not.

Sex Criminals Vol. 1, Image. This is easily one of the top five comics out right now. Humor, sex, a keen and empathetic meditation on sexual awakening, AND a bank robbery! Matt Fraction and Chip Zdarsky have been crafting a quality tale and getting the first five issues for $9.99 is something A LOT of people are going to do, whether they’ve read it before or have just heard all the hype.

Genesis, Image. I was lucky enough to receive a digital preview copy of this from the artist, Alison Sampson and this is the real deal, people. A one-shot, hallucinatory tale that combines writer Nathan Edmonson’s skill with Big Ideas (as seen in the unfinished Dream Merchant) and character-driven moral dilemmas (as seen in his current runs on Punisher and Black Widow) with Sampson’s sharp and powerful art. Being a “one and done” for only $6.99, this one is a no-brainer.

Frankenstein, Alive Alive!, IDW. Steve Niles and Bernie Wrightson blew me away 2 years ago when they started this tale of Dr. Frankenstein’s creature’s life after Mary Shelley’s novel ends. I used to teach Frankenstein and Niles has just so perfectly captured the literary character on these pages. And Bernie Wrightson… I mean… BERNIE WRIGHTSON. His creature is about as definitive as Karloff’s, as far as I’m concerned. This week, Issues 1 and 2 are collected in a volume titled “Reanimated” while #3 is available separately. Do yourself a favor and get both of these books. You’ll thank me. 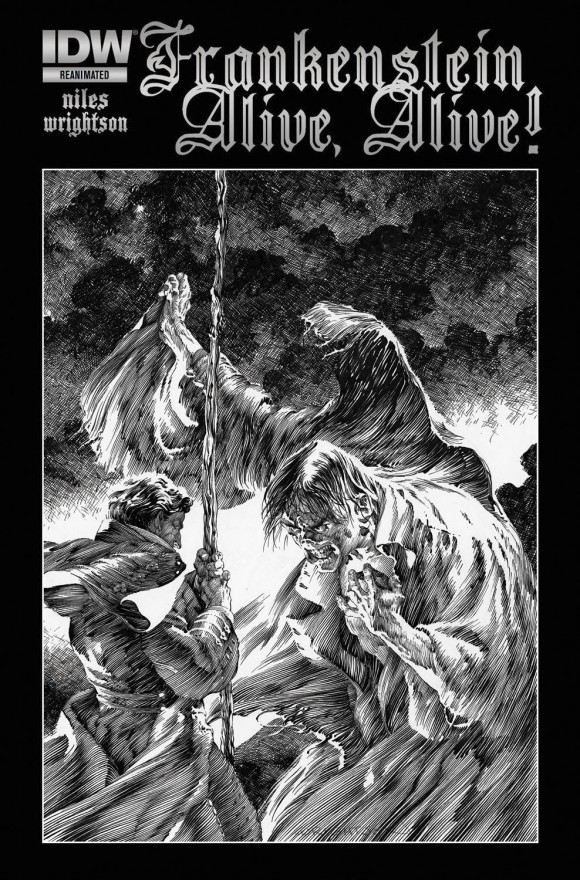 Sex Criminals Vol. 1, Image. We all read a lot of issue #1s. You, me, everyone on this site.  Many are good, a few are great. Very rarely does one offer a concept and an execution that in 22 pages makes you laugh, fall in love with the protagonist, and think “this is a GREAT concept that I’ve never seen before.”  Sex Criminals #1 did that. And the series quickly became Hub Comics’ #3 seller, topping every DC book and all but one Marvel book. Buy one for yourself and your pal who’s only heard of Sandman. No need to be embarrassed: This isn’t about sex offenders. It’s about people who have sex and are criminals.