I’ve just spoken to Burt Ward and he is obviously pleased by today’s news that BATMAN ’66 is finally, finally coming to home video! 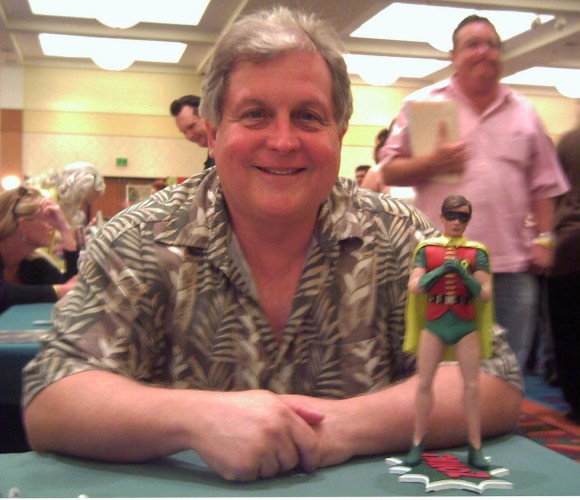 “I think it’s terrific, I think it’s something people have wanted for so long, it’s about time, y’know?” Ward said in the exclusive interview.

He also said he was relieved not to have to answer the million-dollar question any longer.

“I’m thrilled that it’s coming out so that I don’t have to keep answering the question, at every appearance that I make — about 30 or 40 or 50 times an appearance — ‘When’s the DVD going to come out?’ and of course I have nothing to say because I don’t know! That’s one less question I have to answer,” he said with a wink in his voice.

No commentaries have been recorded yet, he said. (UPDATED: Ward hasn’t recorded any commentaries yet. Note the bold on Ward. Because I’m hearing that perhaps some OTHER recording has been done. And when I interviewed Adam West recently, he did say that Warner Brothers has something from him they could use.)