Hard as it may be to believe, but when I was Little Dan, I actually did play with toys that had nothing to do with Batman or superheroes.

For example, the Fisher-Price Garage with those little round-headed peg people. I LOVED that thing! 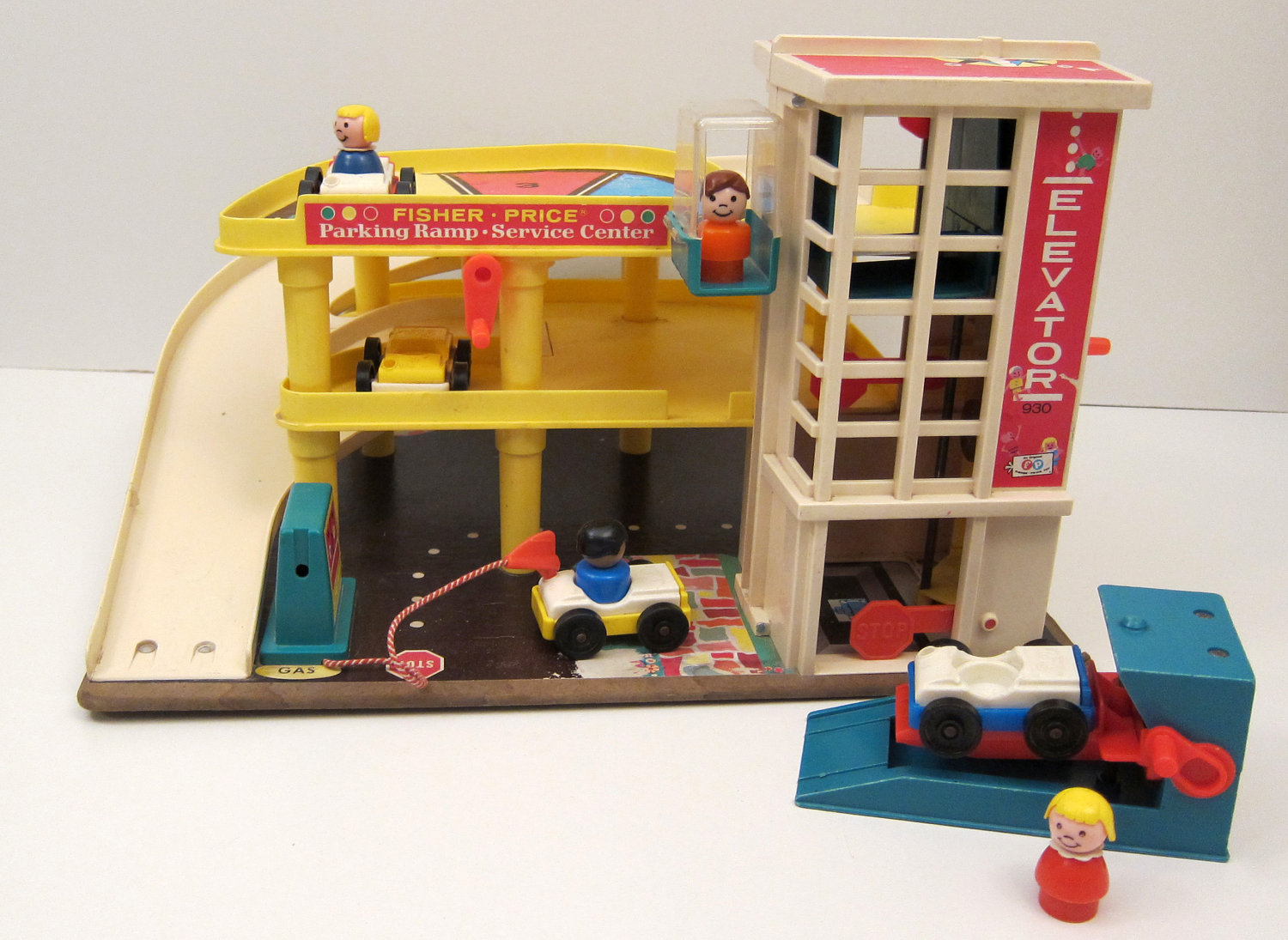 From somebody on Etsy

Well, those little guys have made something of a comeback for adult collectors, with Bif Bang Pow! producing Pin Mates, which are kinda-sorta modern versions of these figures done up as pop-culture characters, like the crew from Star Trek.

As much as I love Star Trek, however, I can’t think of a better marriage of form and grooviness than the Batman ’66 Pin Mates, which are now up for pre-order at Entertainment Earth. 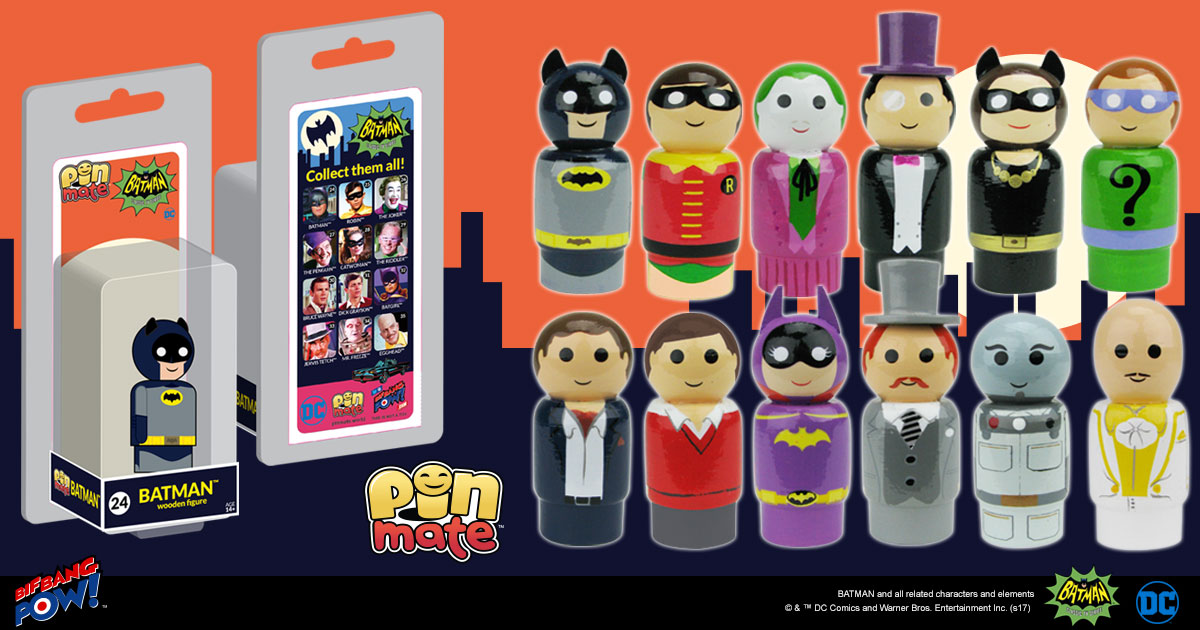 (EE and BBP are sister operations. And no, this isn’t a paid endorsement. I just really dig this idea.)

They’ll run you about $5 a pop, are made of wood — and there are 12 in all. (If only there were a 13th!) They’re due out this fall and I imagine quite a many of these will end up as stocking stuffers. Fingers crossed they’ll produce a Batcave. After all, the Enterprise is coming.

While you wait, though, check these out, with all their little details — like Cesar Romero’s mustache! 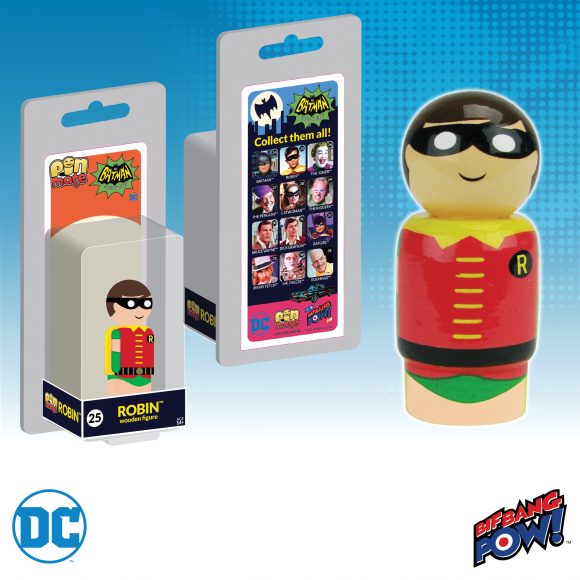 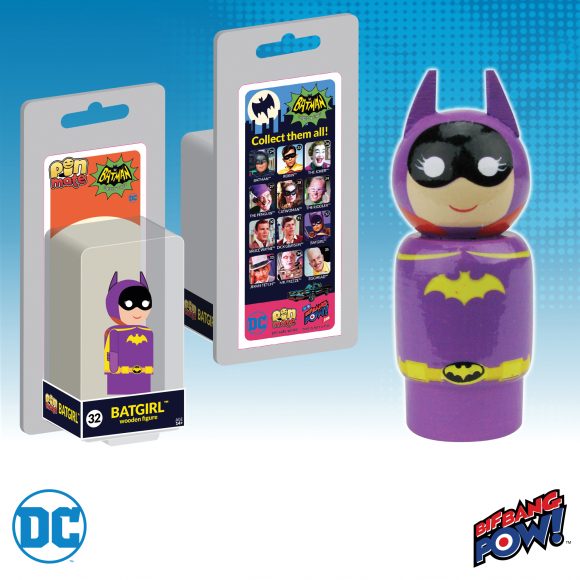 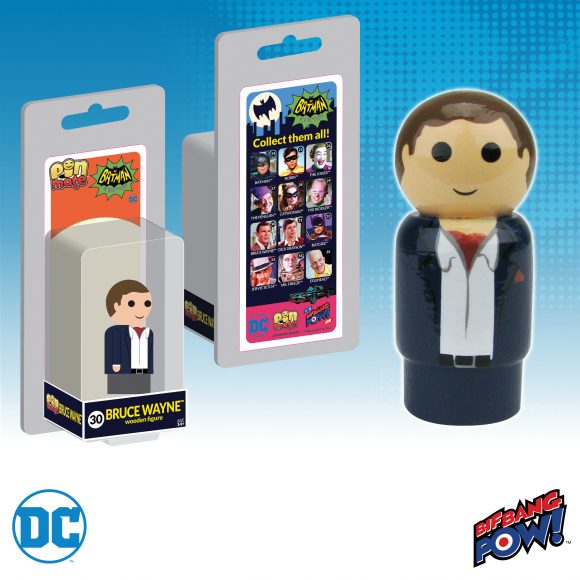 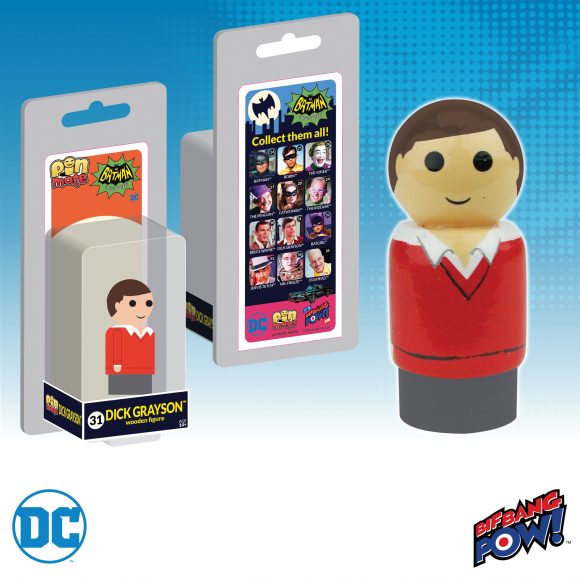 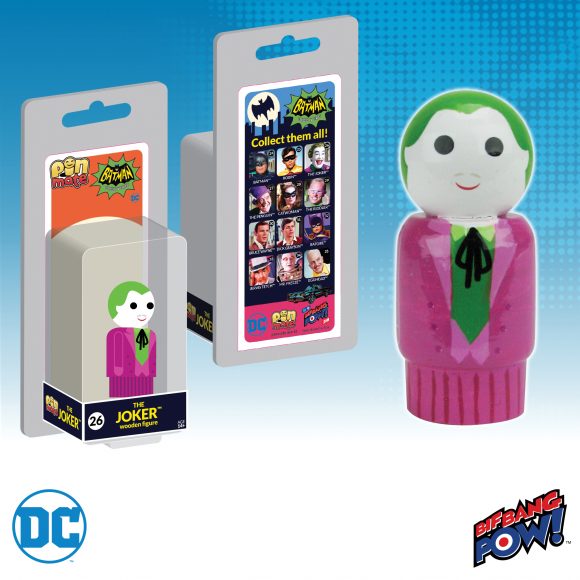 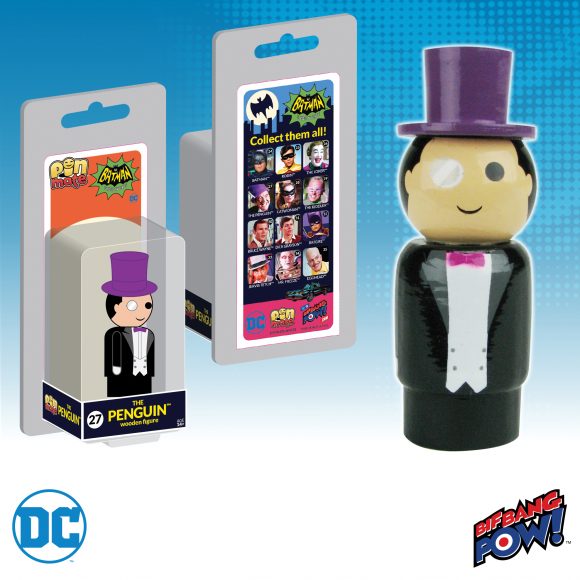 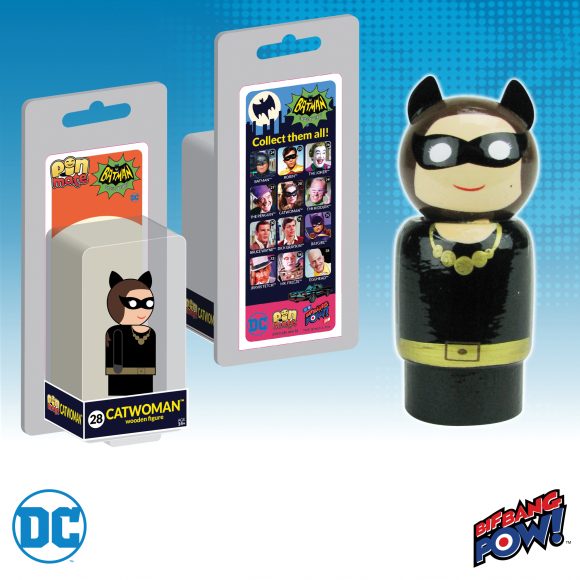 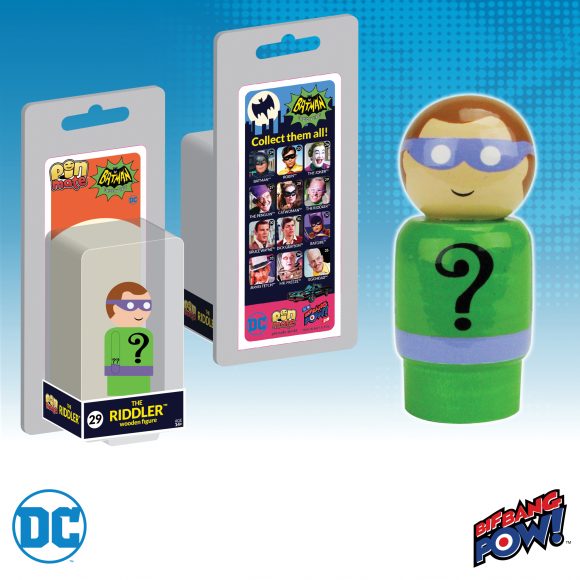 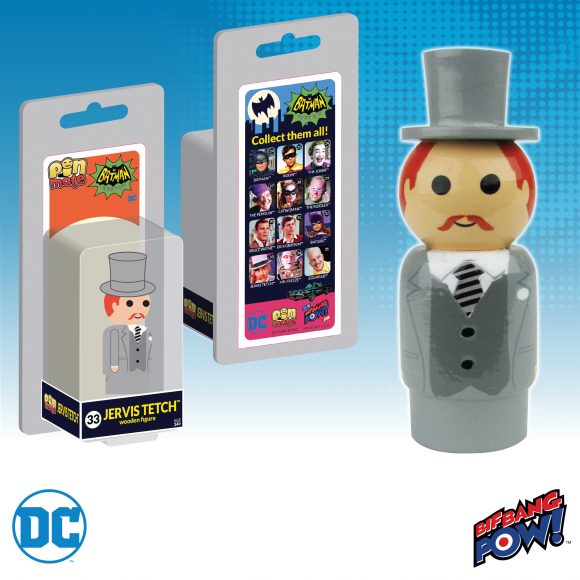 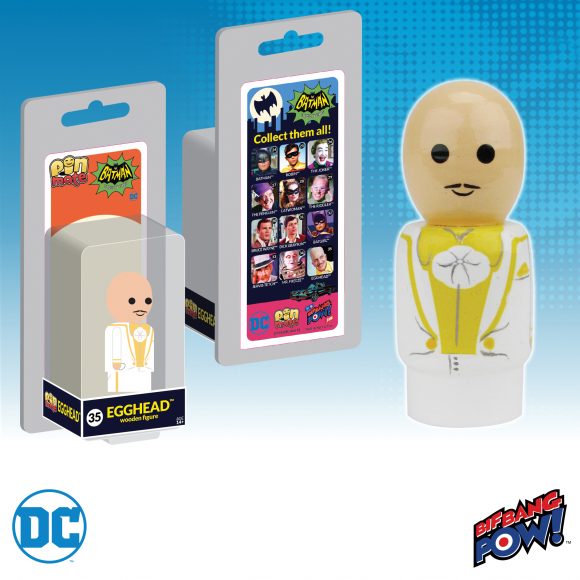