While not the sky high price of a Kirby piece, there’s a sense of triumph in seeing artist and publisher John Holmstrom’s art going for more money than he earned the entire year in which he created it.  Actually, those were incredibly lean times for the then struggling artist. I spoke to him about the art and it’s history. 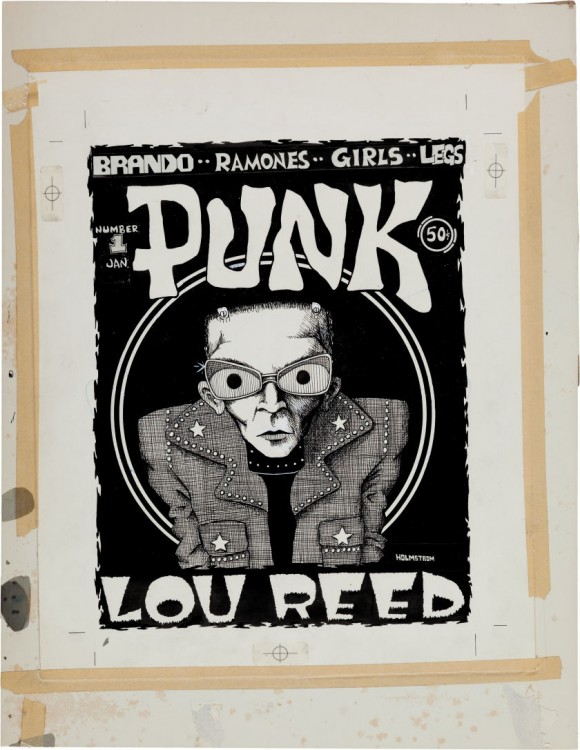 What’s the origin of the cover of PUNK Magazine #1? When did you create this?

The cover art was done in December 1975 for the first issue of PUNK which was printed in the first week of 1976. Naturally, I had just interviewed Lou Reed for the first issue, which was so exciting for me since he was the most controversial person on the planet at that time. The interview itself I talk about at length in the “Best of PUNK Magazine” book.

Basically, I was very aware of the infamous interviews Lester Bangs had done with Lou, so I was determined to bring out a different kind of Lou.
And it worked, really. Lou and I became good friends afterwards.In fact, he insisted on meeting me, he loved the interview and the cover image and everything about that first issue of PUNK. The black and white imagery, the underground feel to it, the humor, and, I think, especially the downtown references.

So along with your original inked art is the individual color seps. How did you do that back in the Dark Ages? 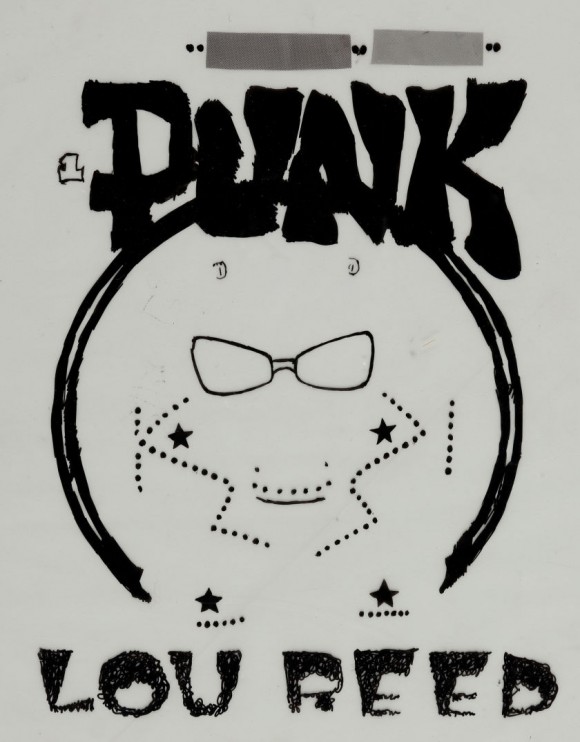 Those are hand-painted color separations, as I remember. Acetate overlays painted with India ink… I don’t think I used rubylith for that one.

And now all these years later, the original art and the four films for the printing wind up for auction on the Heritage site selling for $19,000. But the real interesting part is who was selling it, right? 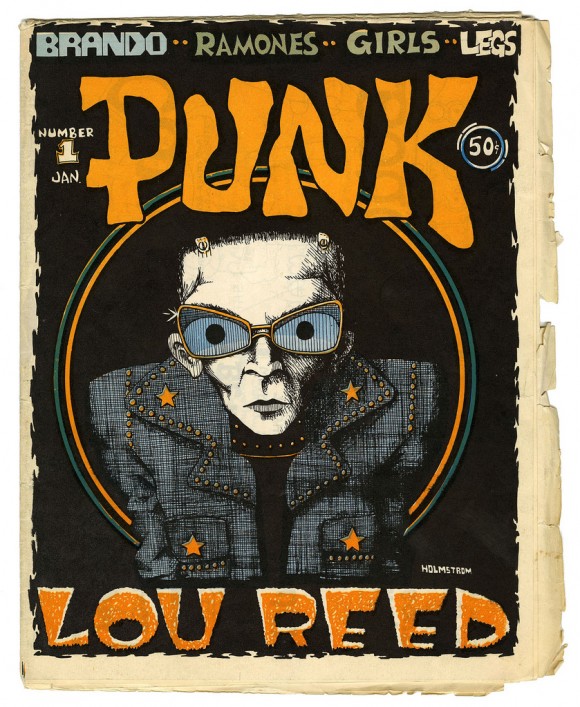 Adele Kurtzman, Harvey’s wife/widow and mother of his children, sold it. I think this info is contained within the Heritage Auctions page about the auction. I gave Harvey the artwork shortly after the first issue was published. It was a thank-you since he had done so much to get me started in the business. I had a steady freelance job at Scholastic, thanks to him. I think also, in the back of my mind, it was a way of safe-keeping the artwork. I had been homeless just a year before starting Punk magazine, and I think this assured me that the cover art would have a safe home.

Well John, I’m sure we’ll see more stories from you here in the 13th Dimension in the near future. 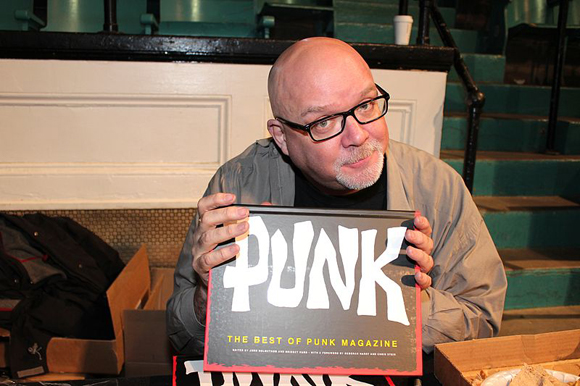 John Holmstrom is the author of The Best of PUNK Magazine published by It Books from Harper/Collins. As the founding editor of Punk Magazine at the age of 21 in late 1975, Holmstrom’s work became the visual representation of the punk era.He illustrated the back and inside of the LPs The Ramones Rocket To Russia and the cover of The Ramones Road To Ruin. He’s also contributed to Heavy Metal Magazine, The Village and served as publisher and president of High Times Magazine.

John Holmstrom will be appearing at NY Comic Fest on June 14 in White Planes, NY.