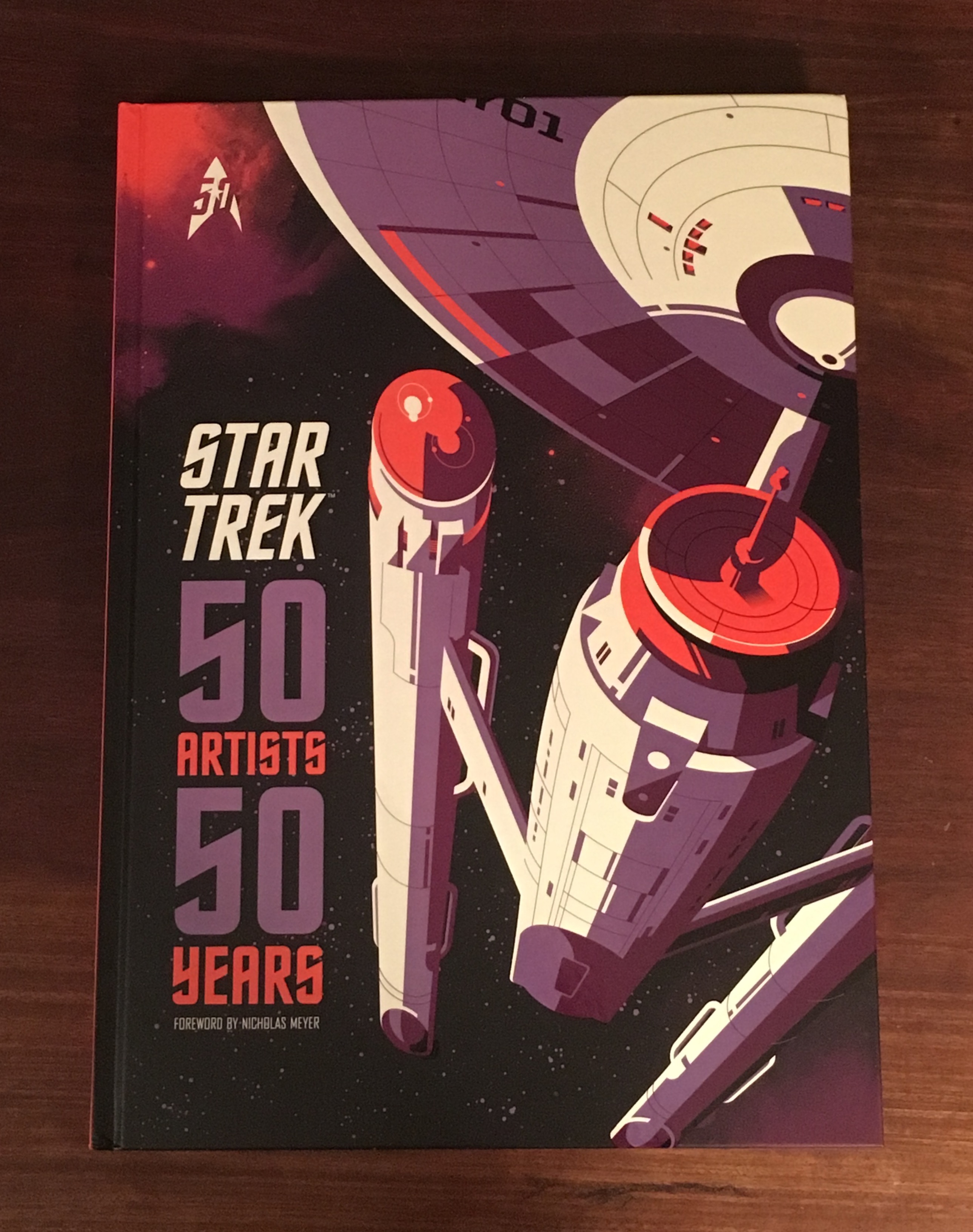 Do you find that there are certain times of year that you’re into certain types of things? It’s sort of the comic-book or sci-if version of egg nog. You could probably get it any time of year, but it’s really for December.

Star Trek is kind of like that for me. I’ll watch it any time of year but I especially like it in the summer or late in the year. It’s nostalgia. I became a devoted fan of the Original Series across one summer in the ’80s and have a really cool memory of going to a Trek convention with my sister, Paula, during a Boston winter a couple of years later.

So while I love Trek at any time, I find myself digging it just a little more at those times.

All of which makes me enjoy Titan Books’ Star Trek: 50 Artists, 50 Years that much more right now — and make it a HOLIDAY HOT PICK. 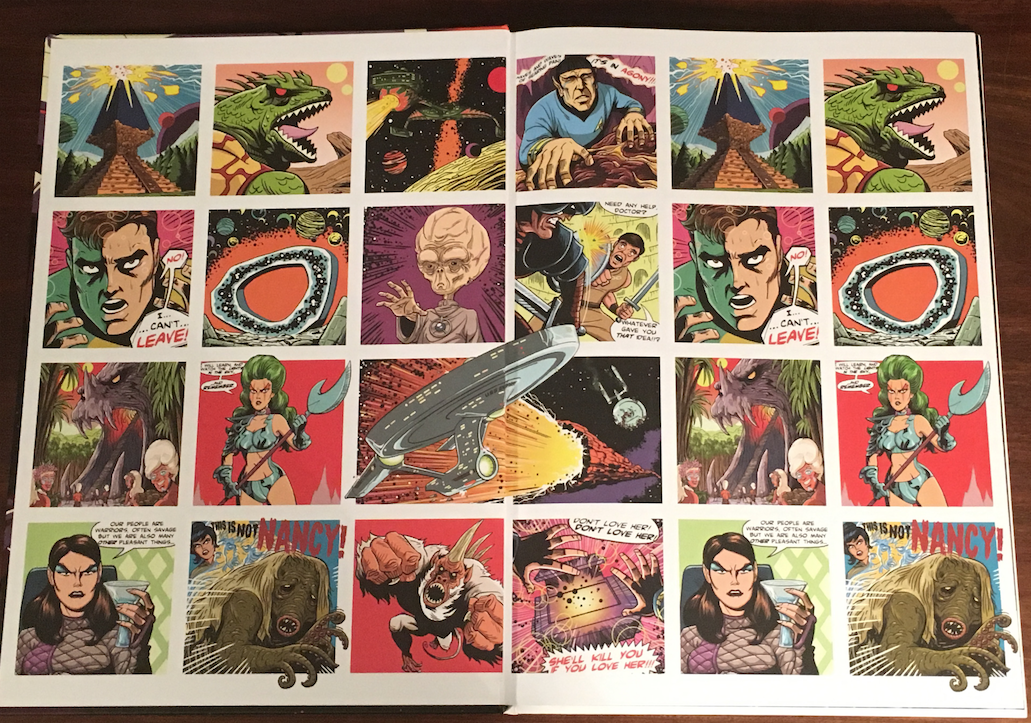 The book’s boards are adorned by Mick Cassidy’s “Risk is Our Business!” — which is not only my fave Kirk speech but needs to be a comic book of its own.

As the title suggests, the oversized hardcover presents the work of 50 artists whose creations are being displayed on a traveling exhibition. (Click here for more info.) Included are interviews and process images too. There’s also a foreword by The Man Who Saved Star Trek, Nicholas Meyer.

It’s a multimedia extravaganza, including illustration, sculpture and photography. The painters, pencillers and graphic designers — among them, artists well known to Trek fans like J.K. Woodward and Juan Ortiz — offer their interpretations of every iteration of Trek. Other artists include Paul Shipper, Dusty Abell, Des Taylor, Joe Corroney — even Leonard Nimoy himself, who produced a series of multicolor photos of the Vulcan salute. (You can also buy individual prints. Click here.) 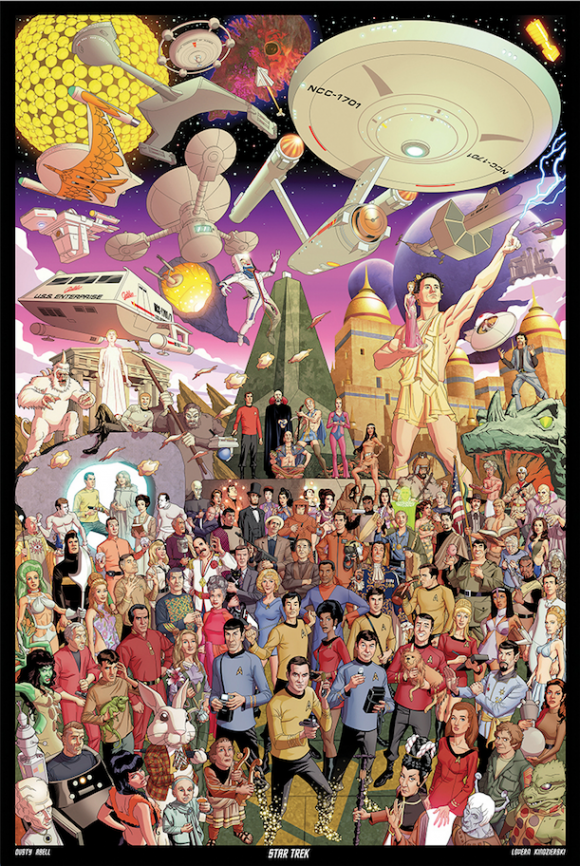 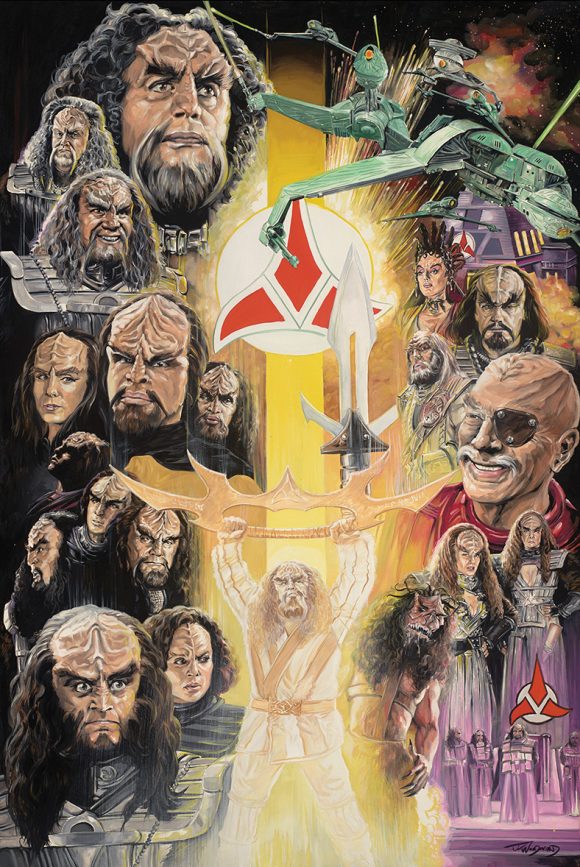 Klingons, by J.K. Woodward. All image scans from StarTrek.com 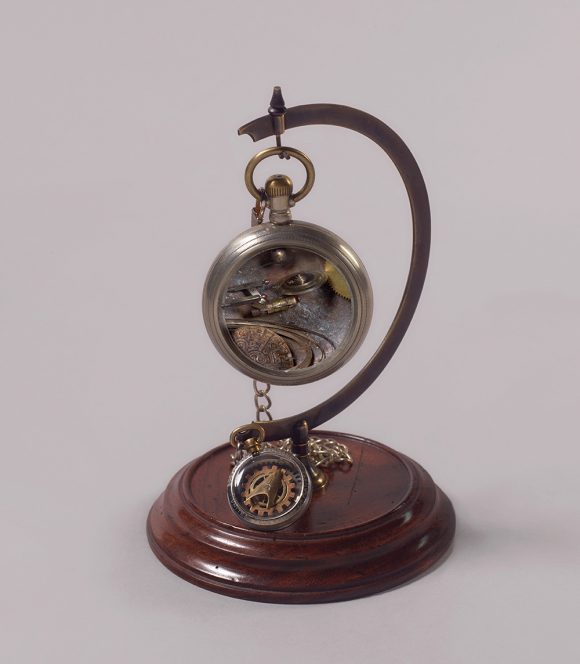 On the Edge of Forever, by Sue Beatrice 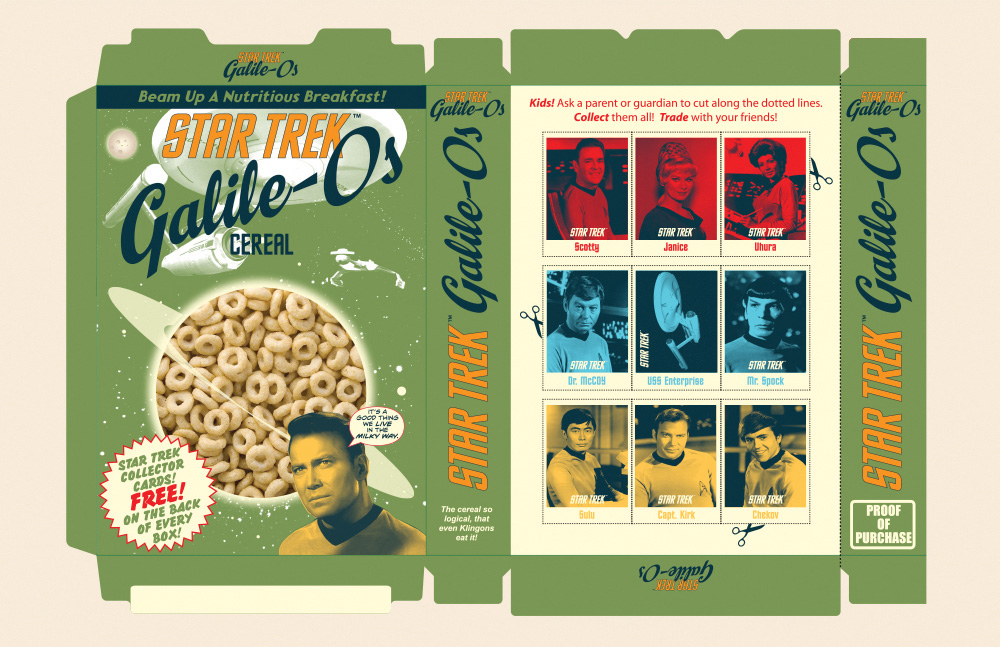 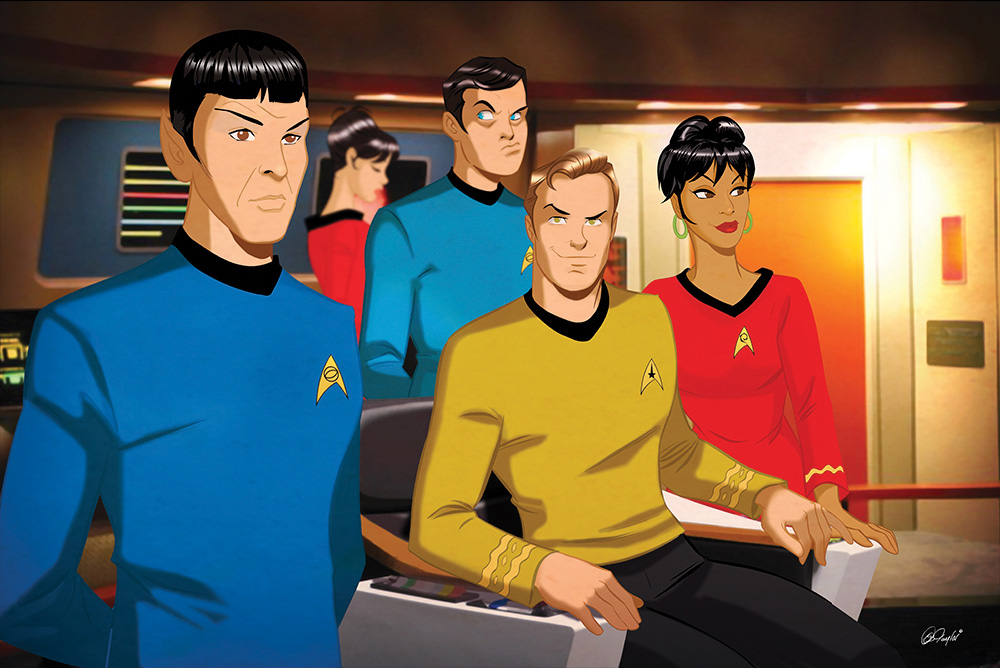 Logic and Laughs, by Des Taylor

I naturally gravitate to the pieces on the Original Series, which is great because they dominate the book. Many of the artists took the 50 Years concept to heart by going back to Captain Kirk’s first five-year mission.

Still, the subject matter is as varied as the styles: There’s the crew, sure, but there are aliens and ships and everything else that make Trek Trek.

In other words, each artist boldly goes where their own creativity takes them. 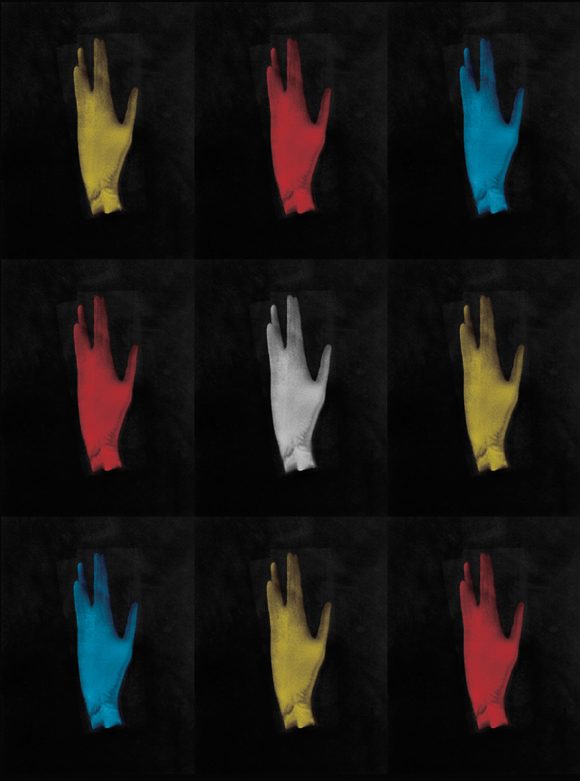