Grant Morrison’s masterwork is the kind of modern book you can give to a Silver Age or Bronze Age die-hard. 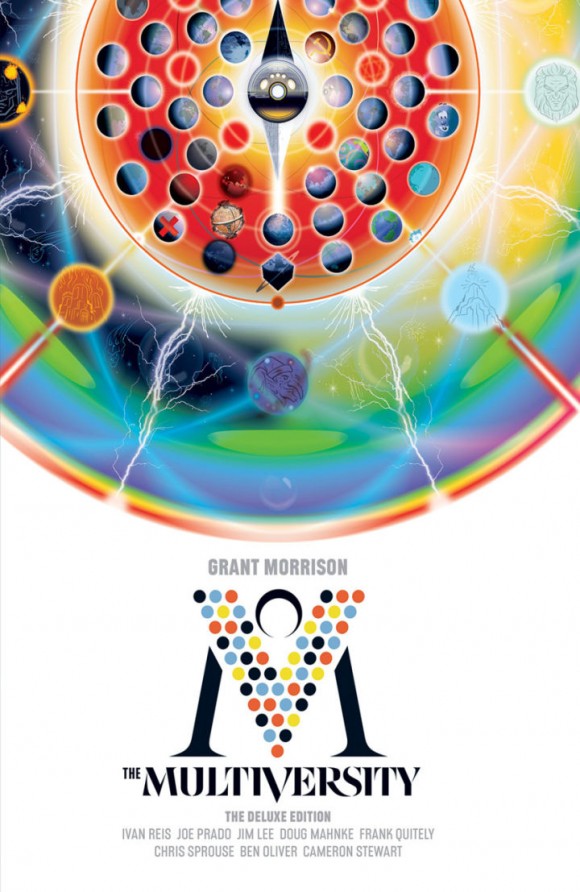 “They don’t make comics like they used to, blah blah.”

“I stopped reading when they blah blah.”

You hear this all the time. Maybe you even say it. I don’t. I love old comics and I love new comics. Each has their faults and each their benefits. But if you’re the kind of person who thinks the world ended with Crisis on Infinite Earths, then The Multiversity: The Deluxe Edition hardcover is for you.

The Multiversity is Grant Morrison’s Eisner-nominated rumination on DC’s history and the richness of its characters. It follows only a loose storyline, with each chapter illustrated by a different artist and devoted to concepts that are integral to the nuances of the DCU.

The chapter that earned the most buzz, for example, was Morrison and Frank Quitely’s Pax Americana chapter that turned Watchmen in on itself, giving us a story told in the Moore/Gibbons style — but starring the actual Charlton characters themselves. And instead of the nine-panel grid, we get an eight-panel design that plays with the notion of infinity. This last part is classic Morrison, so this is not a comic for beginners. 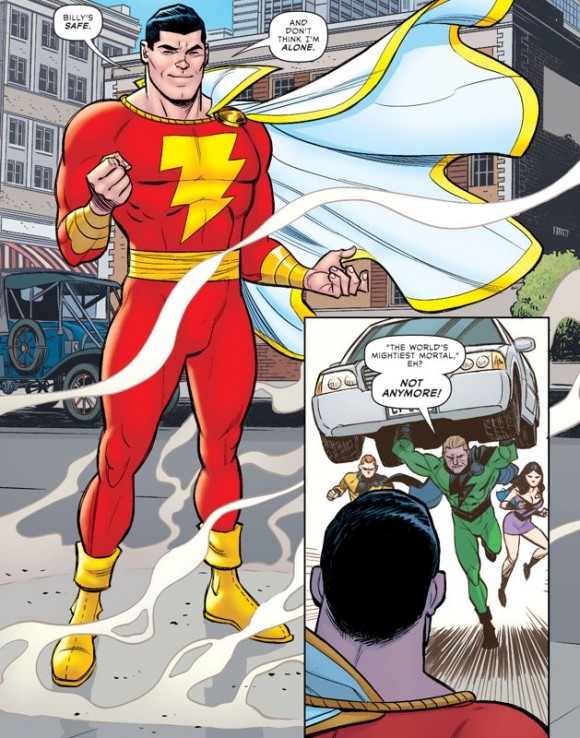 Another highlight is a Captain Marvel story — yes, Captain Marvel — illustrated by Cameron Stewart that should serve as a template for how the Big Red Cheese could be written for today’s audiences (instead of the half-baked version we’re getting now). There’s also the chapter that serves as the guidebook to the current DC Multiverse that explains which alternate realities are on which Earths, including Elseworlds Earths. You get the sense that this is what Morrison really wanted to do with the lamentable Final Crisis and I’m glad he finally got to complete this project (with a sequel evidently in the works).

I find that Morrison reads best in one sitting. A vague little thread he leaves dangling in one chapter could get tied up much later on. If there’s too much time in between, you could miss both, or worse, be confused by references that seem out of left field. Morrison requires concentration but if you’re following along, the layered rewards can be great.

The Multiversity lists for about $50, but you know the drill: Shop around.