The latest IDW hardcover collecting these not-exactly-on-the-money Star Trek stories is out just in time for Trekmas … or is that Trekukah?

What is it about the off-model that is so charming?

I mean, those old Scooby-Doo episodes with Batman and Robin? When the colors of the Caped Crusaders’ emblems would flip from yellow on black and back again? Priceless.

There’s something to be said for the “Who gives a shit, it’s just for a bunch of kids” cigar-chomping hokeyness to it all. It’s the same “good enough” sensibility that gave us the Mego oven mitts.

So it is with Gold Key’s Star Trek comics, which have only a passing resemblance to Gene Roddenberry’s vision. These stories do not exactly pay fealty to the universe so assiduously followed by Trekkers and Trekkies alike. 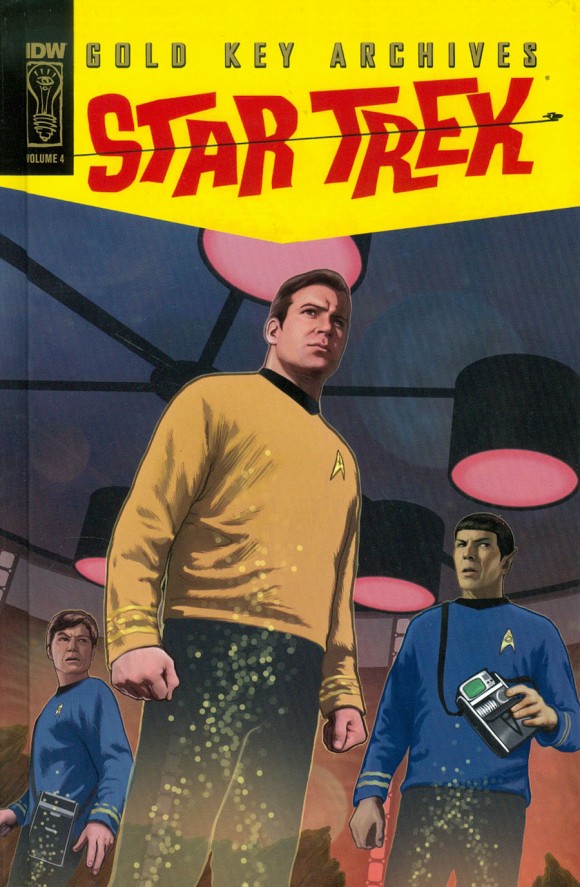 This cover is more accurate than anything in the book …

IDW holds the Star Trek license and they’ve exploited it with creative glee, not just bringing us the fanboy fever dreams of Star Trek/Planet of the Apes and Star Trek/Green Lantern but monthly missions of the Starship Enterprise.

They’ve also given us back these time-warped tales of the Silver and Bronze ages, which feel as low-fi as the Original Series itself even if they don’t exactly adhere to the details of the hallowed source material.