Welcome to the first of our Holiday Hot Picks reviews/listings. We’ll be trotting these out from now until Christmas Eve. For a FULL INDEX, which will grow throughout the next several weeks, CLICK HERE!

Jim Gordon is a great character and it’s terrific that the world has caught up to that. The Dark Knight movies would not have been the same without Gary Oldman‘s struggling cop, the DC animated folks landed Bryan Cranston to play him in the Batman: Year One adaptation and ol’ Jimbo is the lead character in Fox’s Gotham, played by the solid Ben McKenzie. 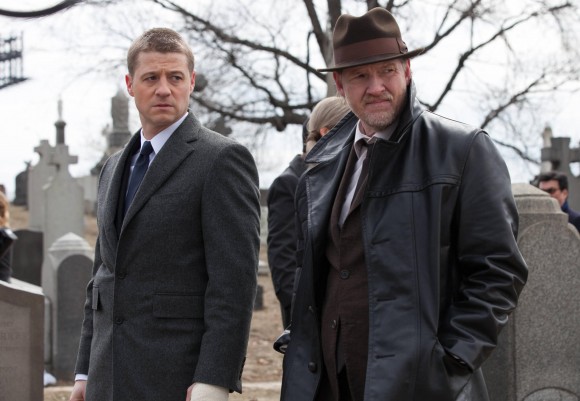 McKenzie as Gordon and Donal Logue as Harvey Bullock

Bet you never thought Gordon would ever have his own TV show. Great times to live.

In the spirit of all that, I’m here to talk about Figures Toy Company‘s new Commissioner Gordon figure, done up in all his Bronze Age glory. 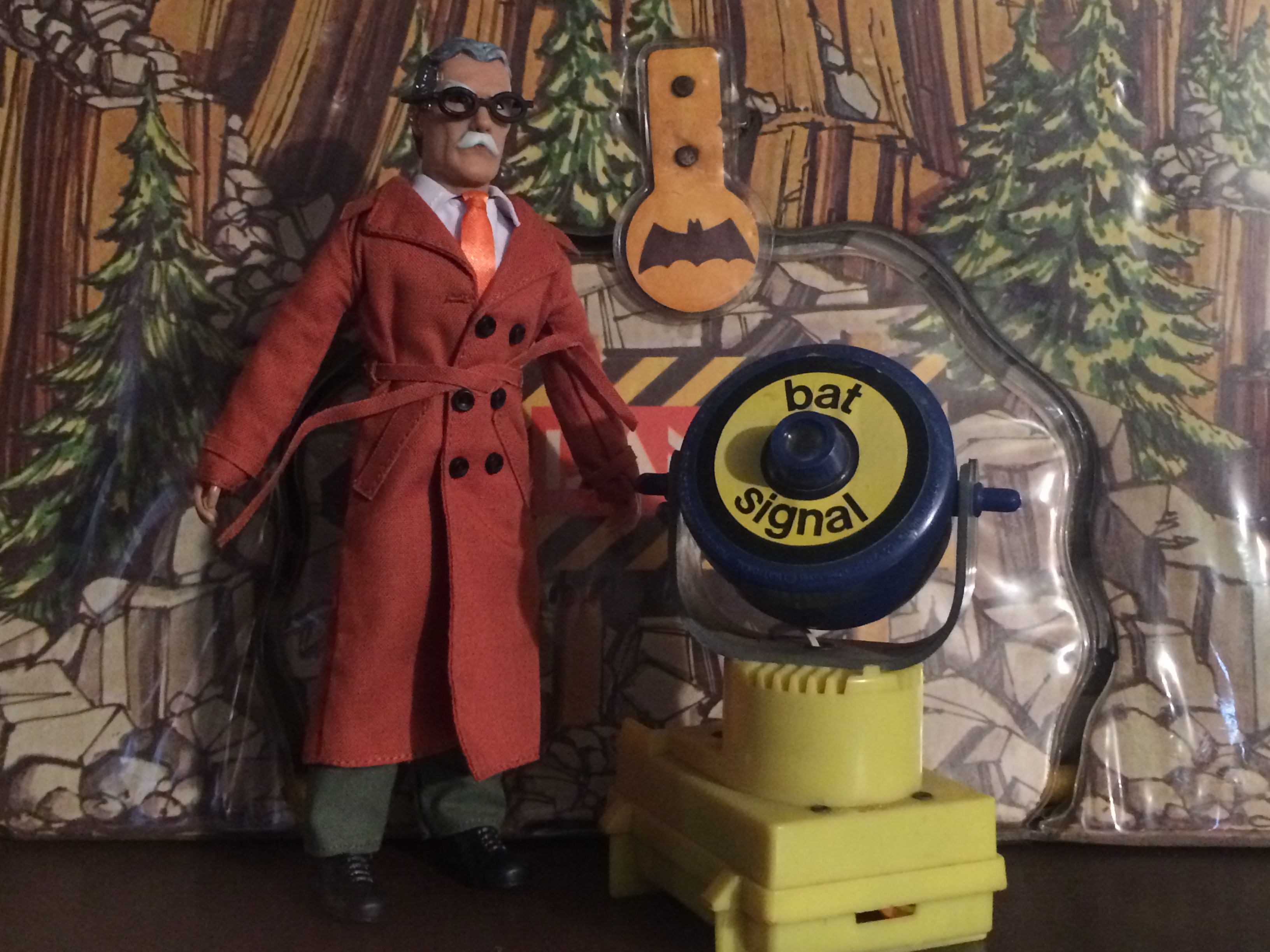 I have always imagined this: Gordon with the Bat-Signal!

As a kid, I had all the Batmainstays that Mego produced but it nagged at me that we didn’t get the civilians. There was no Alfred to tend to Bruce and Dick and there was no Gordon to call them for help or to consult with on important clues.

Well, like they did with Alfred, Figures Toy Company is correcting a historic wrong. Gordon is part of the company’s Retro Batman Wave 4 series. The rest of the foursome will be out next year, but Gordon is available as an Early Bird special now, sans packaging. 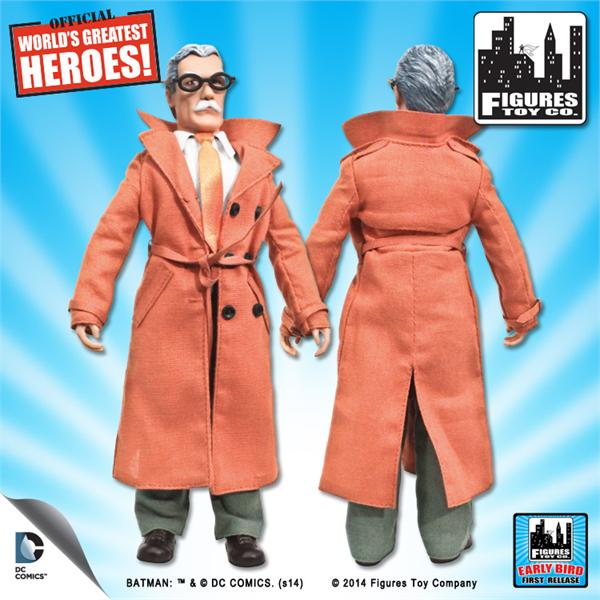 Man, is it great to have him in our 8-inch scale Gotham.

For starters, check out the fine tailoring. The workmanship to get Gordon’s shirt and tie and trench coat is virtually flawless. He wears it well on a public employee’s salary. 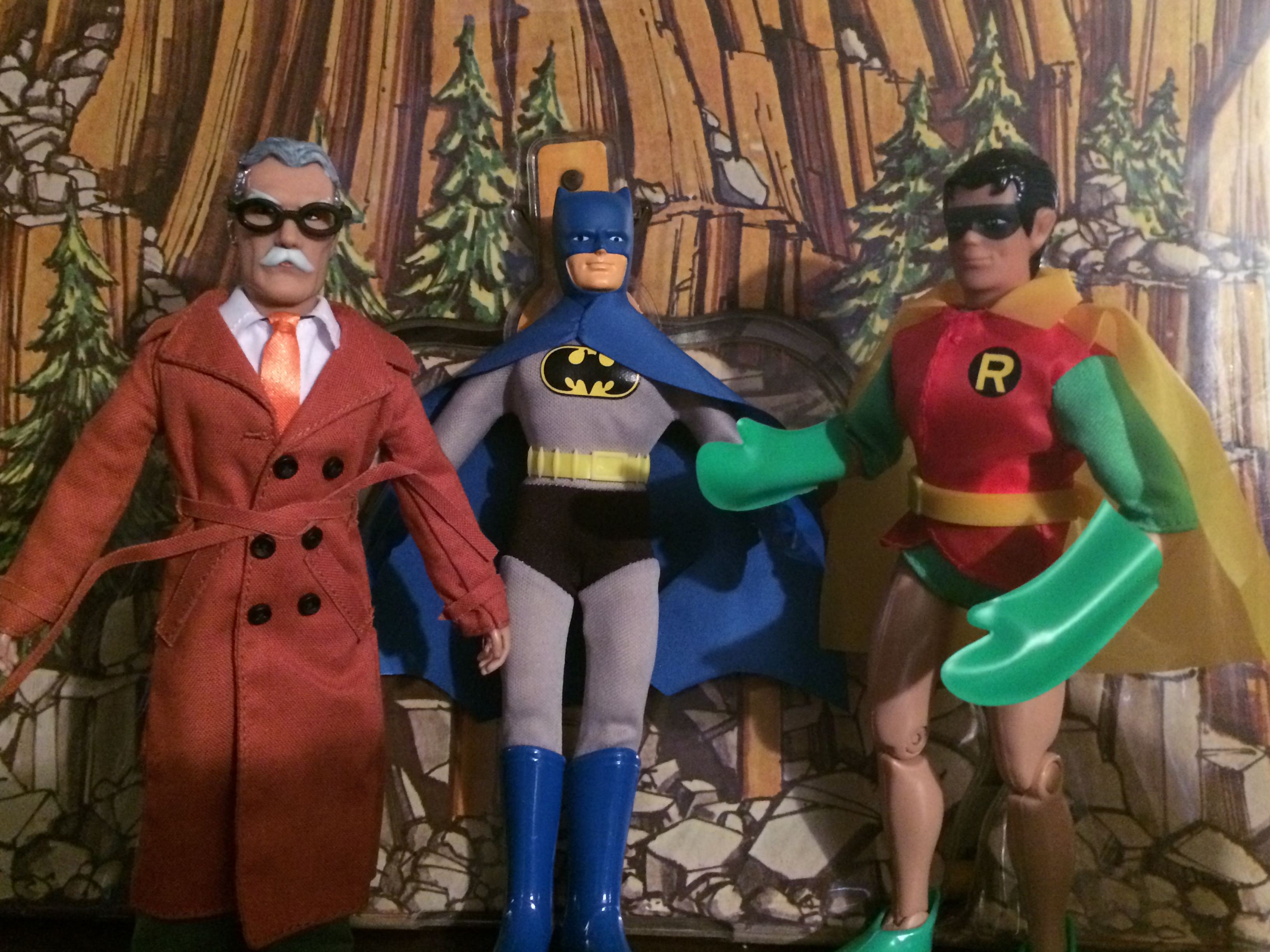 Gordon consults with Batman and Robin!

And I love the ’70s Gordon stache! And such a sexy, gray fox head of hair! Look out, ladies!

If I have a beef, it’s his glasses. I gotta say, I would have much preferred that Gordon’s glasses were molded onto his face. His specs here are held in place by a sticky glue that will not only get on your fingers, but will surely attract lint and such if you’re not careful. 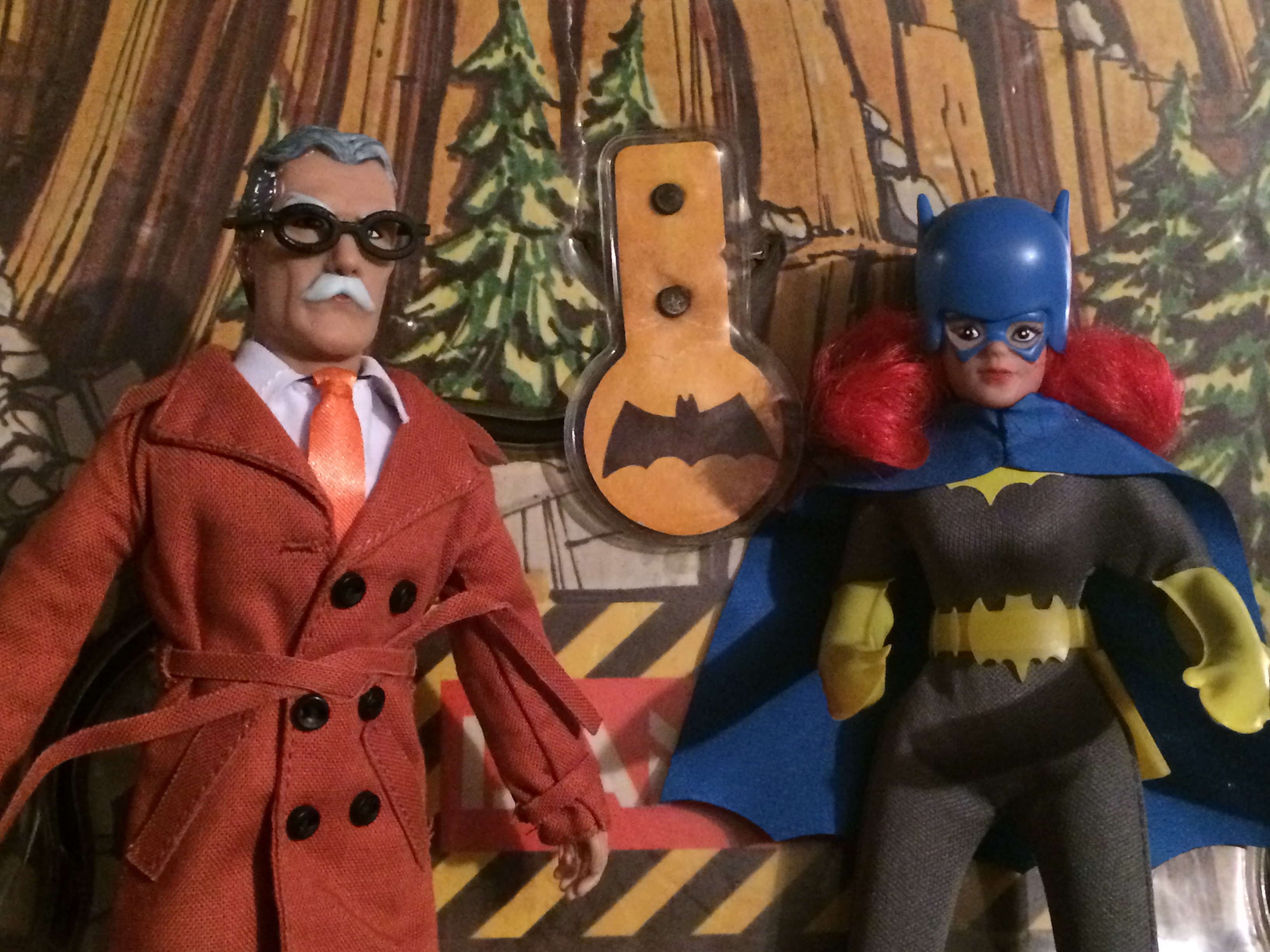 But, really, WE HAVE MEGO GORDON now. If you can’t wait, grab him up now. But if you’re into packaging, then you’ll be able to get him in all his clamshell glory earlyish next year. 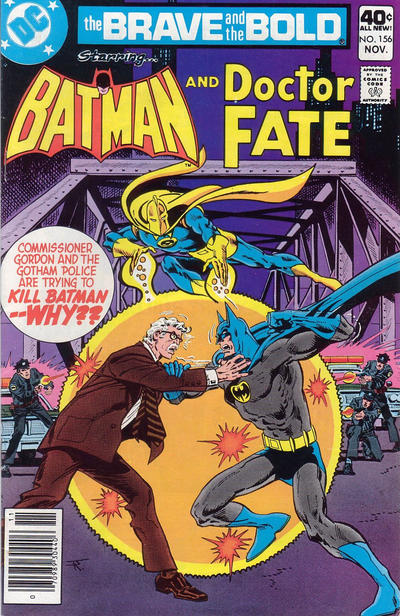 Gordon didn’t always make the cover, but here he takes on Batman — WHY?? 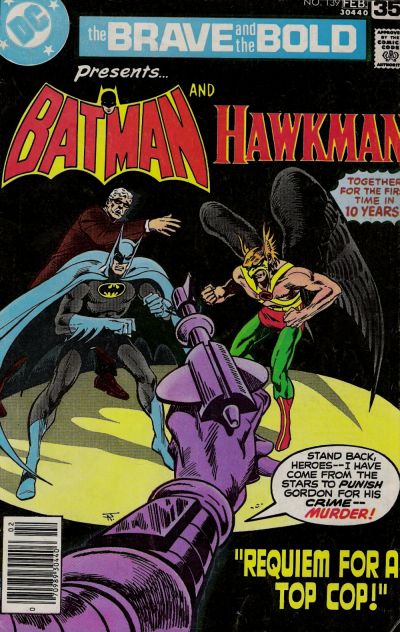 Hunt this one down. It’s strange. 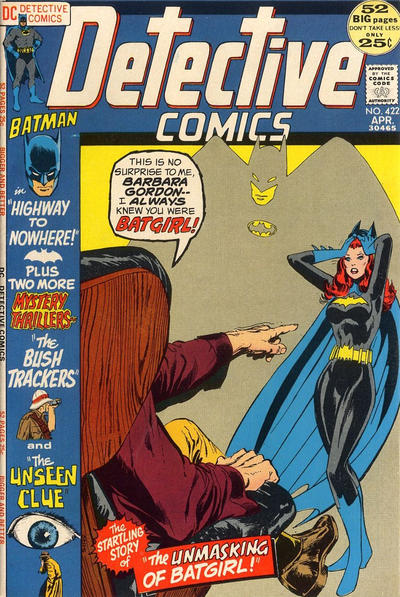