HIGH MOON Returns — and Gallaher and Ellis Give a Peek

Home » HIGH MOON Returns — and Gallaher and Ellis Give a Peek

The cult-classic webcomic is back, with new stories to come later this year. 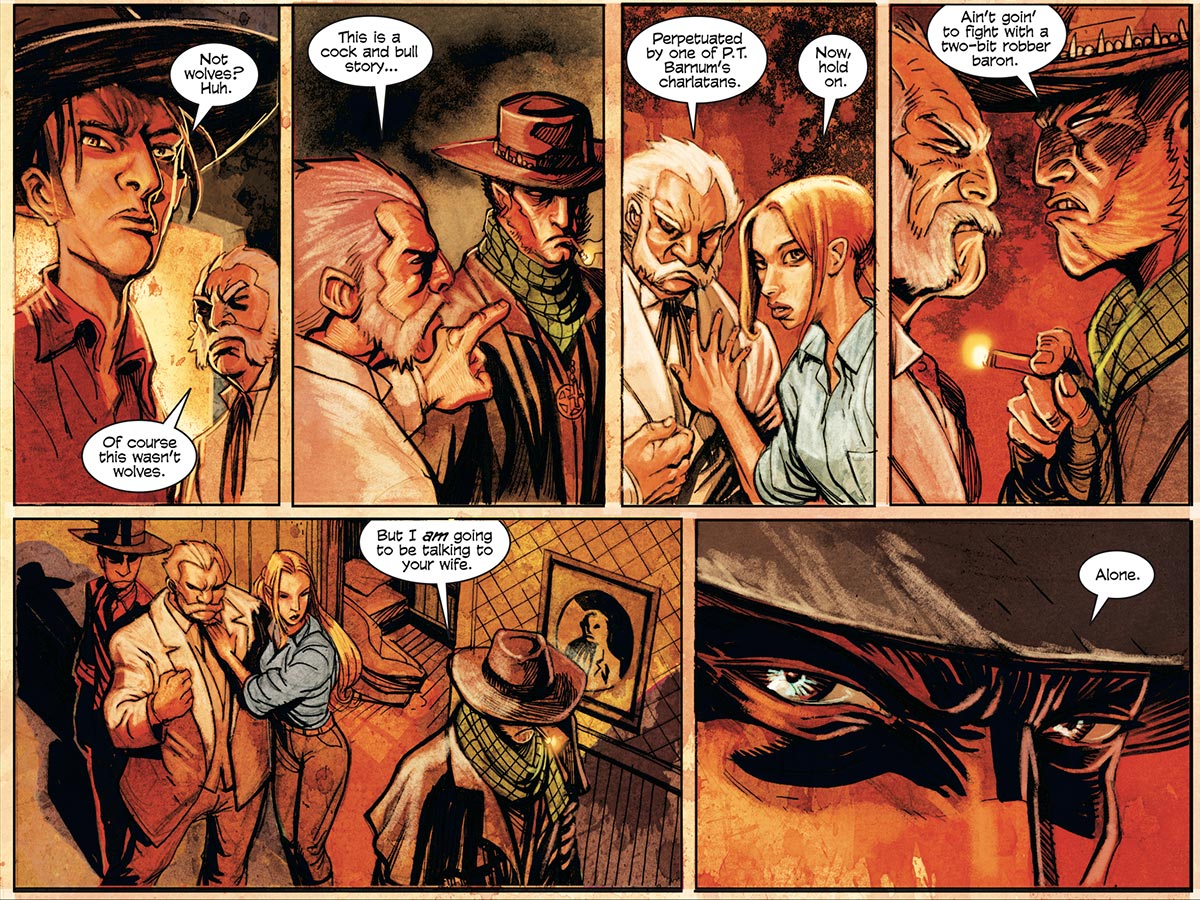 These two dudes are always welcome at the ol’ Ranch 13D — and we were right glad to mosey up and jawbone a bit about the return of a book first launched eight years ago by DC’s Zuda line.

This here’s a double MIGHTY Q&A with these cowpokes: 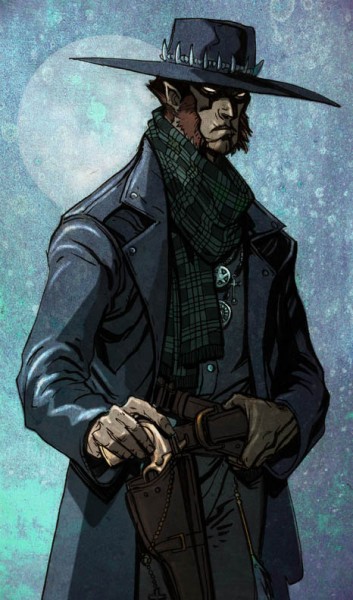 Dan Greenfield: What do readers who are unfamiliar with High Moon need to know?

Gallaher: High Moon is the story of Matthew Macgregor, who in the summer of 1890, finds himself investigating some troubles in the small town of Blest, Texas. Startled miners, missing cattle, kidnappings — it all needs investigating. Things go sideways quickly after that.

Ellis:  While the themes of ‘change’ tie our seasons together, the stories go in many different directions. There is always something new and cool to draw, whether it;s demon wolves, multi-eyed bat monsters, giant steam engine golems -– it’s always a blast. 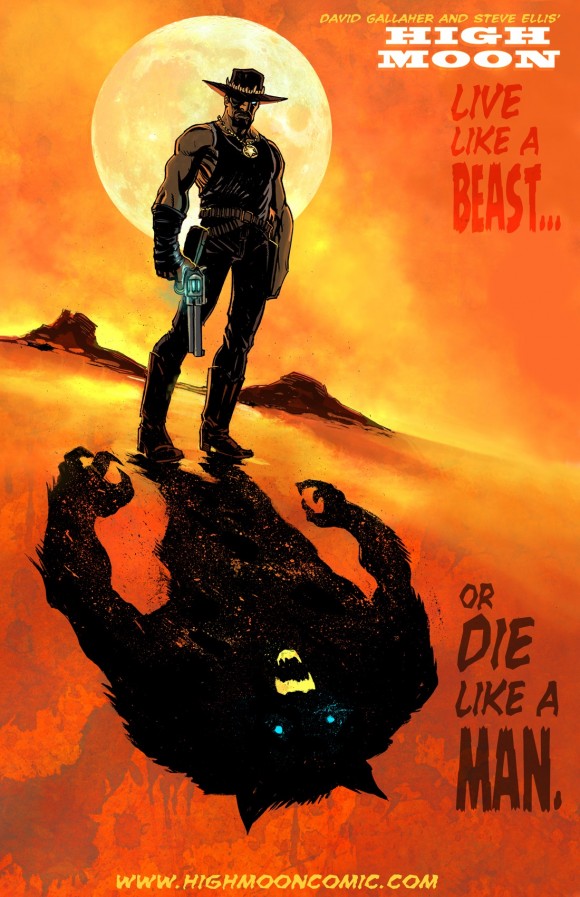 Why now? What did you need to do to get the book back?

Ellis: With new stories on the horizon, we felt that it was vital to introduce readers to the series from the beginning. We’re serializing it week after week on a brand new mobile-responsive.

Gallaher: Bringing the series back to the web means that everybody who has an Internet connection is a potential reader. We love what Thrillbent, Zuda, Tapastic and others have done to broaden digital as a distribution model; we’re doing much of the same here. 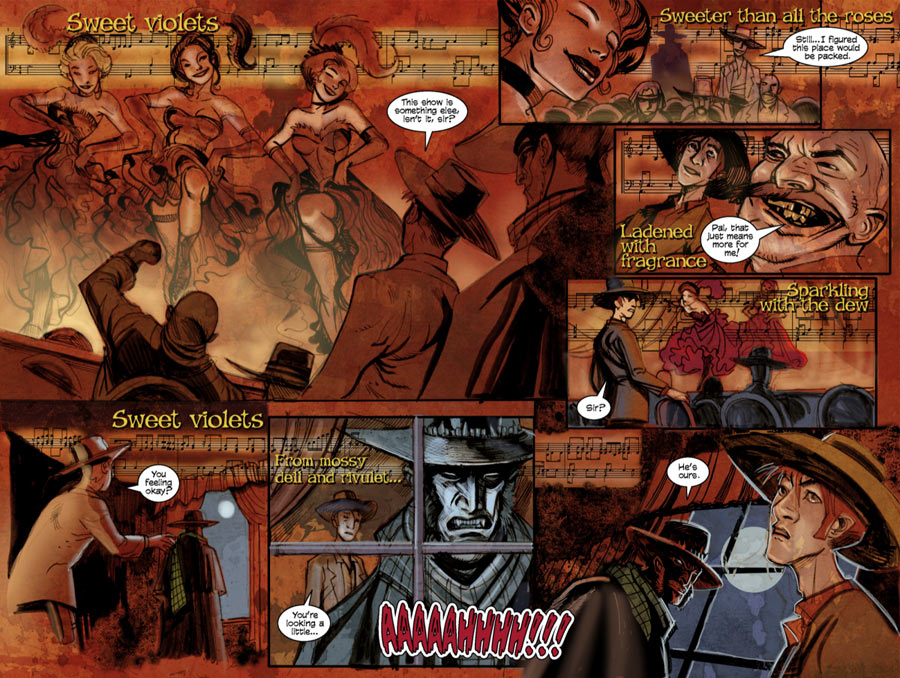 Where did the concept originate?

Gallaher: I grew up in a Civil War town in Frederick, Maryland. Even today, the town embodies the spirit of the Union and the Confederacy. Nestled on the outskirts of Appalachia, it’s also filled with all sorts of spooky ghost stories. Throw in my love of Celtic mythology, history, and old time radio shows like Gunsmoke — and you get what eventually became High Moon — the story of an unchanging man in a changing time fighting frontier savagery.

I began writing High Moon in 2004. At that time, I had envisioned it as an ongoing series or original graphic novel. I wrote the plot and script for the first issue, but the timing just didn’t work for me on many levels. After a few years off, the project came to life again after I explained the central idea to Steve.

Ellis: On the art side, I was really inspired by Sergio Corbucci’s Django, starring Franco Nero; 3:10 to Yuma; High Plains Drifter, and that sorta stuff. For the werewolves, I cut my teeth illustrating White Wolf RPGs, pardon the pun, but this stuff is far more inhuman than anything I’d ever draw for their books. Our werewolves are far more wolf-like and sinewy. The creatures are far more grotesque and visceral. 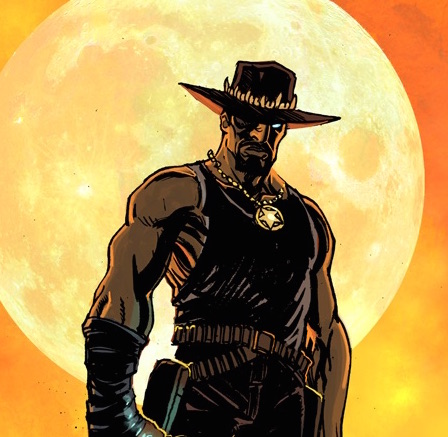 Ellis: It varies from season to season. Each of the four stories in High Moon has a very different and distinctive feel. We play around with the linework, the palette, and the textures to ensure we’ve got the right look and feel. Something that is reflective of both our characters and the world they inhabit.

Gallaher: On the story side, I usually brianstorm with Steve about the central idea for the season. Write it down, give it to him to look over and we massage it a bit from there before I commit it to a script. We adapt as we go along, making sure that everything we’re doing is in service of the larger story that we’re telling.

Best Western ever is … 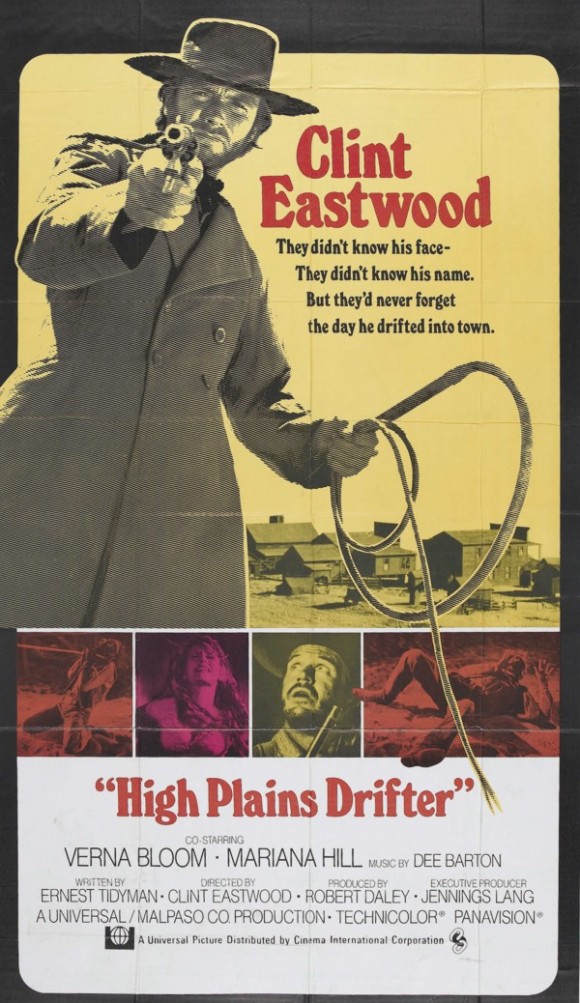 Gallaher: Man, that’s tough. The one that sticks with me the most is an American Werewolf in London, just because the transformation scene is so damn good.

Ellis: The Were-Wolf by Clemence Housman, was also a leading figure in the suffragette movement. HP Lovecraft said it “attains a high degree of gruesome tension and achieves to some extent the atmosphere of authentic folklore.” It debuted a year before Bram Stoker’s Dracula, I believe.

Should I be stocking up on silver bullets?

Ellis: Nah. There are much scarier things that go bump in the night.

Gallaher: What you should do though — is check out the series on our site, Tapastic, or on Comixology.