Hey, Dig These Nifty Prints at The Pushpin

Want some top-flight comics art at an affordable price? Look no further…

Seriously, this is pretty cool. A new Canadian outfit called The Pushpin (click here) is offering prints by some A-List comics creators like Jeff Lemire, Chip Zdarsky, Ryan North, Kate Beaton and many, many others.

A lot of the prints are signed and they won’t cost you an arm and a leg. (Check out the complete catalogue here. No, I don’t get a cut. I’m just passing along neat stuff.)

Naturally, I gravitated to the Batman items I saw — by Michael Cho and Zdarsky. But there were many others I dug too, like Lemire’s Essex, based on one of my all-time fave graphic novels, Essex County. So check these out — along with the artists’ commentary. 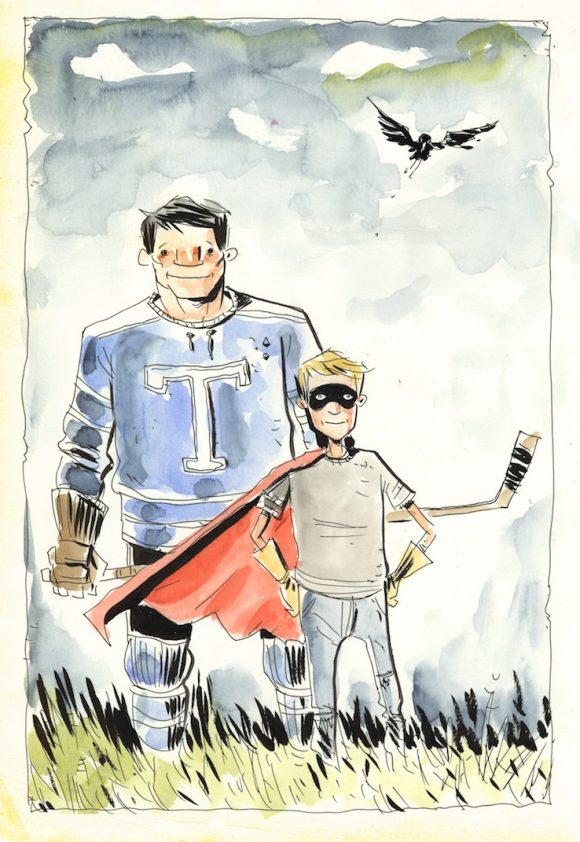 “It is always great to revisit the characters from Essex County whenever I can. They helped to launch my career and they still feel more like part of my family than fictional characters, and none more so than Lester and Jimmy.” — Lemire 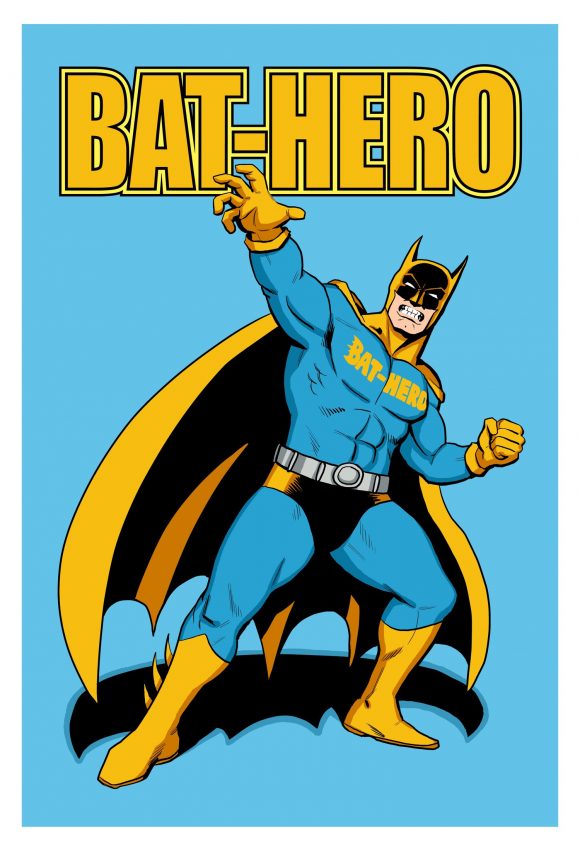 “While I strive to be original, I must admit that is loosely based off of a discounted action figure that I came across at a flea market. But his backstory is all mine! As a poor youth named David Garth, BAT-HERO spent most of his childhood murdering the rich and amassing their wealth. Once he became a multi-millionaire he shut out everyone in his life, including his uncle, who ended up getting killed while attempting a robbery after David turns down his invitation to be his accomplice! The guilt of this drove David to become BAT-HERO, a masked vigilante who aids criminals wherever they may be!” — Zdarsky (who has more to say about it here) 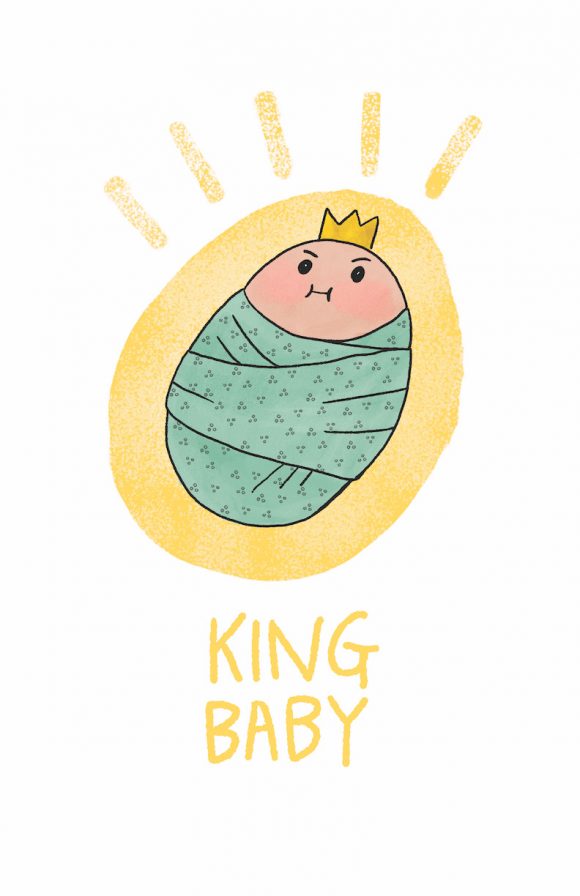 “King Baby is a love letter to my own baby nephew when he came along. But it’s also a nod of empathy to the toddlers out there whose world is completely changed by a tiny new sibling that seems to rule the world, as well as the new parents who couldn’t love their baby more, even if they haven’t slept for more than a few hours for months. A baby rules all, but we love them for it.” — Beaton 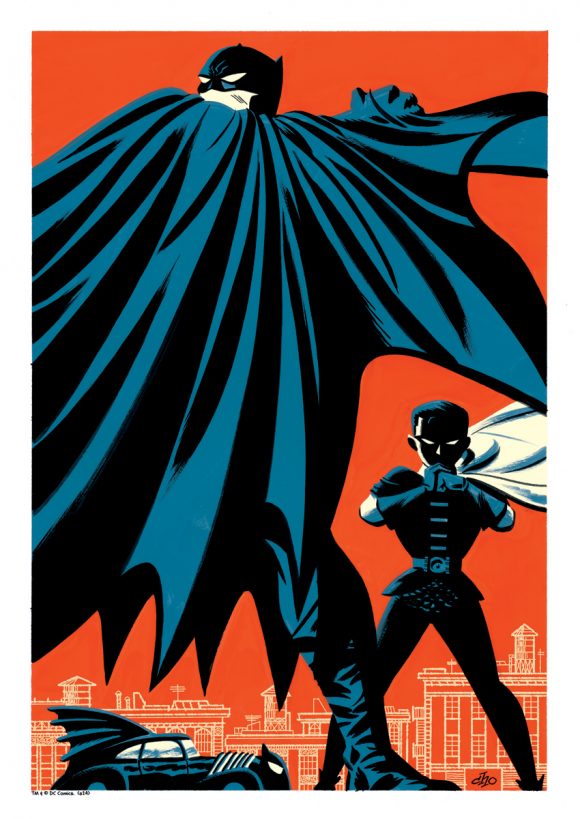 “I created this a couple of years ago for the French Paper Art Club, a company in France who were making a series of silkscreen prints for the 75th anniversary of Batman. They had received a license from DC Comics and contacted me to create a Batman illustration. Needless to say, I threw in Robin because I really enjoy drawing him, and the original 1940s Batmobile.

“I struggled for a few days trying to come up with an iconic Batman image because, after 75 years, it’s hard to do a new take on Batman. After a dozen failed thumbnails, I roughed this image out in marker and I immediately knew this was the one I wanted to draw. I painted the original in gouache and ink, the prints went on sale at the French Paper AC website and it quickly sold out. I was given a set of artists’ proofs, which I held onto for a few years before offering them on The Pushpin. They’re very high quality screen prints, and I couldn’t be happier at the production.”  — Cho 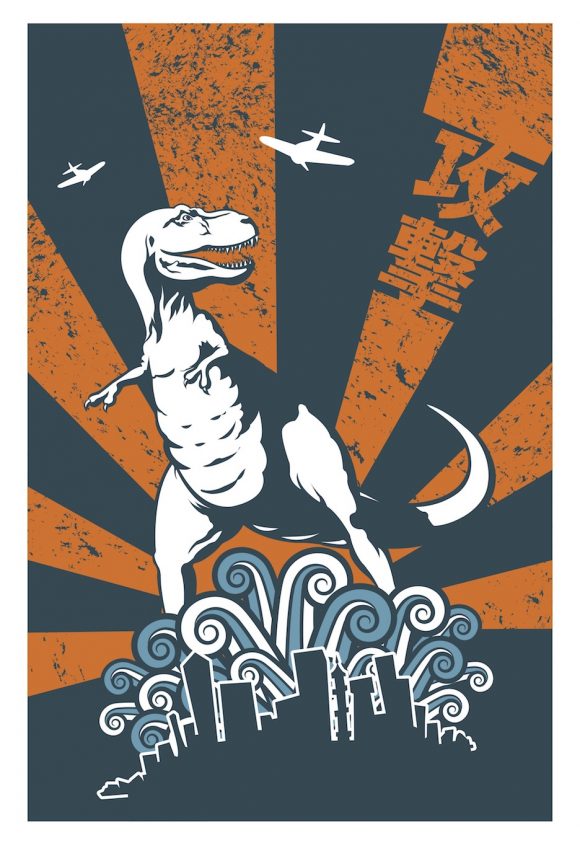 “This design has its origins in work done by my friend Linda Nakanishi. She’d originally designed it with Godzilla in place of T-Rex, and the client who’d commissioned it completely flaked out. I said, ‘Your old client is insane; this is amazing, what if we put T-Rex from my comic Dinosaur Comics in there instead and then I paid for it?’ and she said ‘Awesome’ and I said ‘This is awesome, we are a great team’ and she said ‘Well, I did most of the work’ and I said, ‘Yes, true, indeed, and I’m really glad you did.’

“I like the feeling of drama — there’s waves!  there’s a city! — combined with the feeling of a giant dinosaur attacking airplanes. That is a nice feeling too, and I hope this print will allow you to access that awesome feeling on demand.” — North

This is just a fraction of the offerings at The Pushpin, so click here for the full rundown.