HERO-A-GO-GO! A Salute to THE MAN FROM UNCLE

Home » RANDOM STUFF » HERO-A-GO-GO! A Salute to THE MAN FROM UNCLE

See, I missed out on this one as a kid. I know it was on in syndication but for whatever reason, I was never turned onto the show, so my exposure was limited to merch ads in comic-book back issues.

Christy? She’s a true believer. And so when I saw that Michael Eury’s book featured a small, but informative, section on Napoleon Solo and his Russian confrere Illya Kuryakin as part of a larger chapter on ’60s spymania, I wanted to make sure The Man From UNCLE got its due in our weekly serial.

So, dig it Christy — and the rest of you looking for a fitting at Del Floria’s. 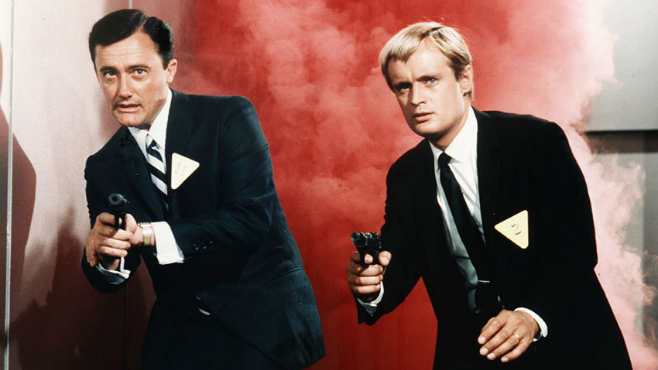 The most successful of the Bond imitators, executive producer Norman Felton’s The Man from U.N.C.L.E. started its four-season run on NBC on September

Vaughn’s co-star was David McCallum, who, as Russian agent Illya Kuryakin, brokered détente to a Cold War-chilled America and induced date fantasies to the gaggles of girls who went ga-ga over his blond, Beatle-cut cuteness and exotic accent. McCallum became a sex symbol, his face dominating teen magazines and his popularity eclipsing headliner Vaughn’s.

Del Floria’s Tailor Shop was the storefront through which most operatives (and viewers) would enter U.N.C.L.E.’s headquarters via a secret portal. Each U.N.C.L.E. case was an “affair,” reflected by episode titles such as “The Vulcan Affair,” “The Deadly Toys Affair,” and “The Pop Art Affair,” a gimmick employed in other adaptive media including comic books. The Man from U.N.C.L.E ’s best-remembered phrase was “Open Channel D,” which agents would say when using their pocket communicators. 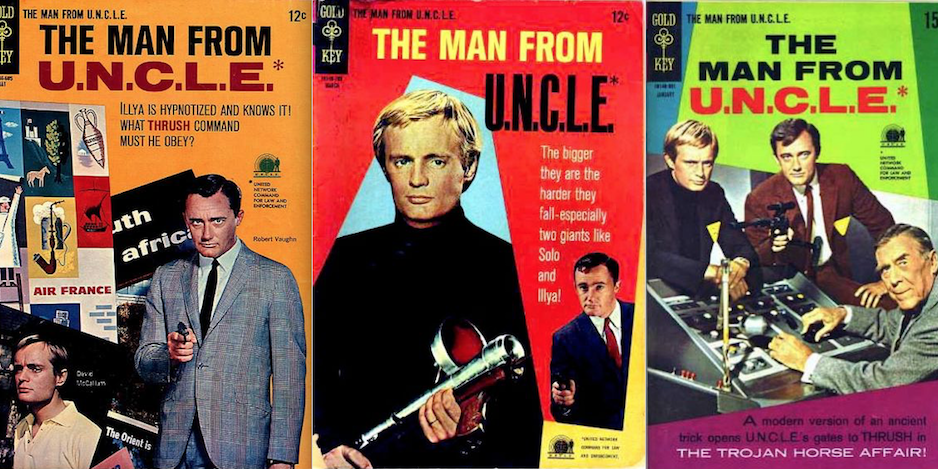 Season One was shot in black and white and was edgier than later seasons, and featured a guest-star who would be drawn into the story at hand. The Man from U.N.C.L.E. became a color show during Season Two, and became campier as well, partially in response to Batman’s popularity, with many of Solo’s and Kuryakin’s antics stretching credibility. The show boasted its strongest ratings during its second season, ranking 13th with a 24.0 Nielsen rating and producing a spin-off, The Girl from U.N.C.L.E. 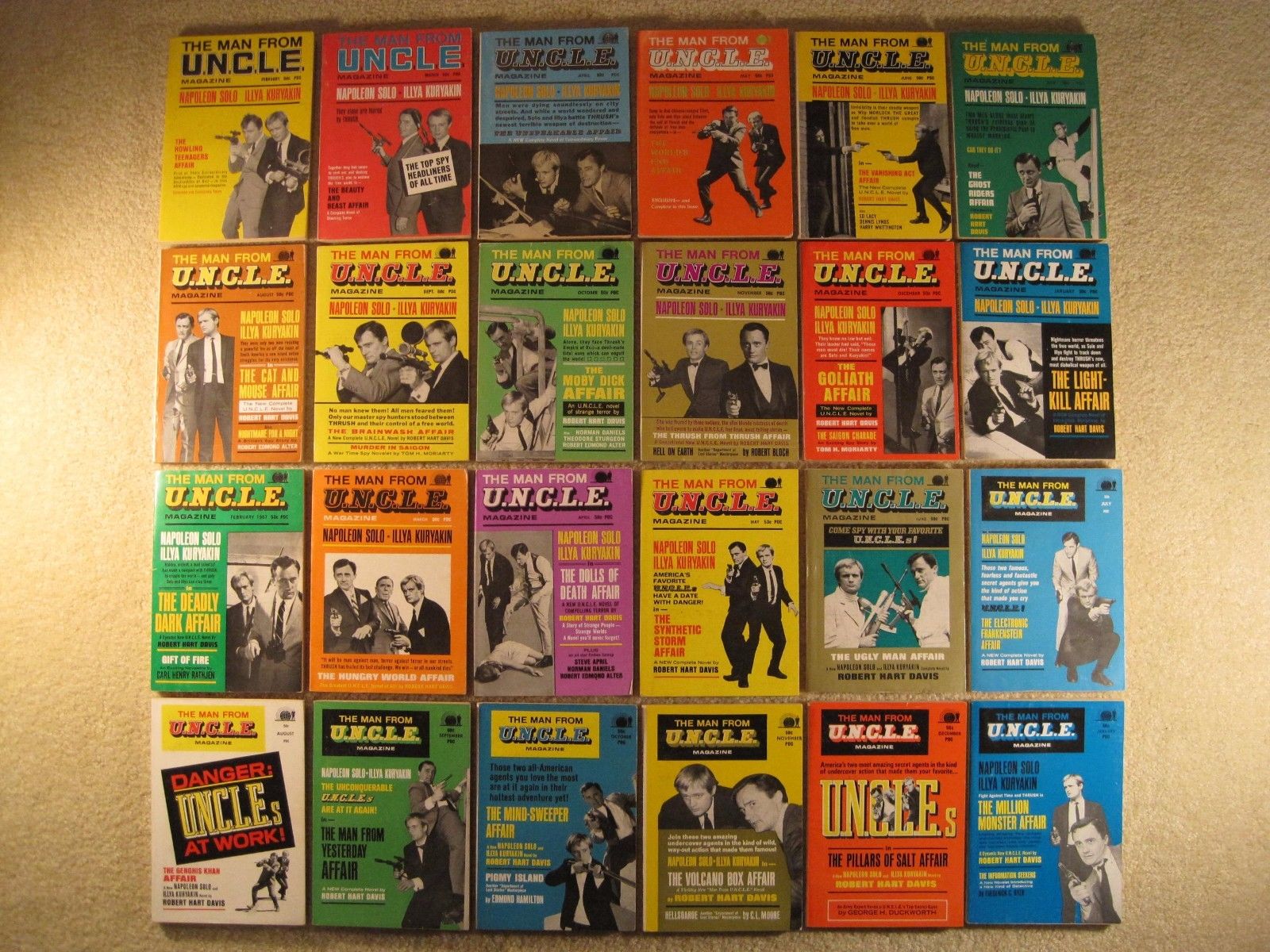 Someone is selling these as a set on eBay.

As with all crazes, the mania began to fade and ratings dipped in Season Three. By the fourth and final season, the zaniness was ratcheted back and a new cast member was added, Barbara Moore as Mr. Waverly’s secretary, Lisa Rogers. The series made its final telecast on January 15, 1968. The Man from U.N.C.L.E. has since spawned a 1985 reunion telefilm and a 2015 movie reboot.

Gold Key Comics published 22 issues of The Man from U.N.C.L.E. from 1965 to 1969. Each issue featured a photo cover; scripts were by Paul S. Newman or Dick Wood and artists included Don Heck, George Tuska, Werner Roth, and Mike Sekowsky.