If you missed Part 1, shame on you. To make amends, it’s right here. 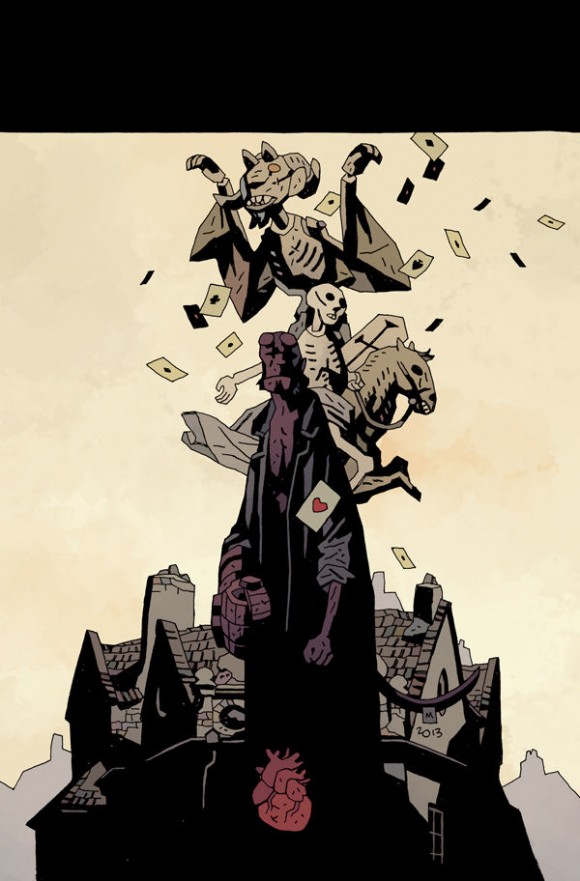 Unlettered cover to Hellboy in Hell #6: The Death Card, due out in May.

Just curious now, what is it like for you when you meet a Will Eisner? You’re a giant yourself, and you are rubbing shoulders with your heroes. Are you sort of intimidated to meet other artists like that? Or are you all pals? How does it feel for you?

I’m trying to think of guys like that that are still around. It is very strange to me now, that people I’ve known for a very long time have achieved a sort of legend status. I knew them when they weren’t that. It is very cool. And the 16- and 17-year-old version of me — if that kid I was could have ever imagined that I’d be eating lunch with Richard Corbin!

Richard was probably the guy that I worked with in the past few years that I grew up in awe of his stuff. He is one of those guys that never in a million years would I have thought I’d have any contact with that guy, let alone work with him, or go to his house to eat lunch with him. That is possibly the biggest leap for me, as far as being a fan to the intimacy of working with the guy. I can’t think of another case like that. 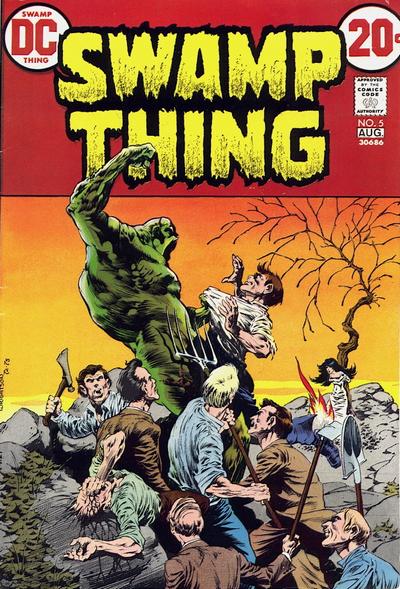 I even met Frazetta once, and he said something very nice. He was one of those guys I didn’t want to meet because I was so in awe of him, he was such a huge influence on me. (But) I heard some not terrific stories about Frank as a guy. Someone had introduced us, Hellboy had just came out, I showed him a copy and he made a nice comment. I just thought, “Holy shit! I just met Frazetta. I’m not gonna push it, or make it a longer conversation.”

But it was very nice and it is a wonderful memory. I have been very fortunate to have met a lot of these guys.

And then you have your peers, who are all absolutely amazing.

And it is weird when your peers are guys like Art Adams, and I knew him as a kid. To me, while I think if him as a phenomenal artist, to me, he will always be the guy who broke into the business around the same time I did. It is very cool to sit back and watch, your contemporaries are guys that are legendary and people are in awe of.

One of my best friends from art school was the co-director of the last Pixar movie, “Brave.” It is wild when you grew up with these guys who grew up to do these things. 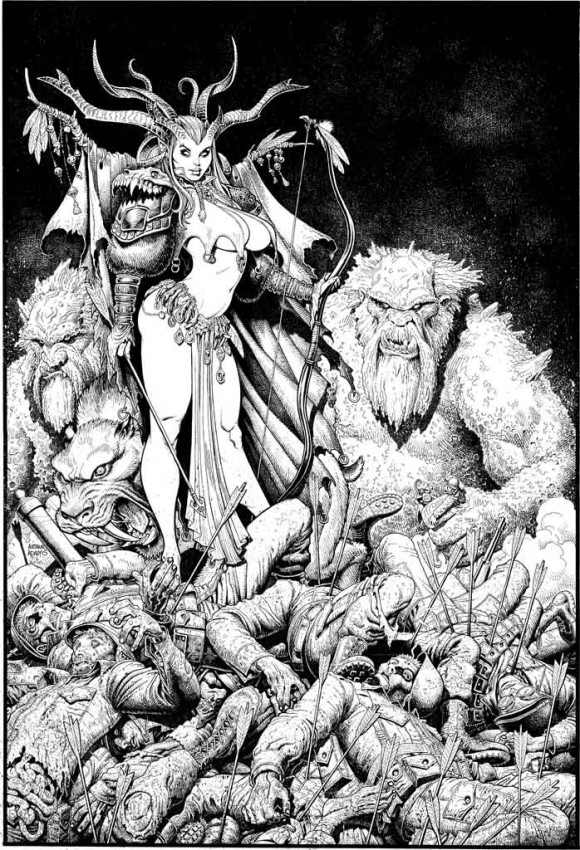 As a fan, it makes you feel good that there is a) reverence and b) respect for one another. I know there can be rivalries but besides that, it seems very nice.

It is nice to sit back and be really happy for your friends without thinking, “I wonder if that guy can get me this job,” or be jealous — “He’s doing the job that I want to do”.

It is very nice and helps if you know who you are and who you want to be and the kind of work you want to do so you can sit back, be happy for those guys.