I saw Al Jaffee just last week at The Society of Illustrators, and I just had to smile. We all have our own personal relationship with his work, and mine goes back to my childhood and I’m sure his cartoons influenced my sense of humor at an impressionable age…

When I was seven years old, I read an Al Jaffee paperback book of Snappy Answers For Stupid Questions during the entire one hour drive to my aunt and uncle’s house in Oakhurst, New Jersey to visit for Christmas dinner. When we arrived, my Aunt Rose Mary greeted us and said, “My Cliffy, look how much you’ve grown!” To which I drying replied with a quote from Jaffe’s book, “Gee… and I had my heart set on being a midget.” For which I got slap in the back of the head from my father that I can still feel today. 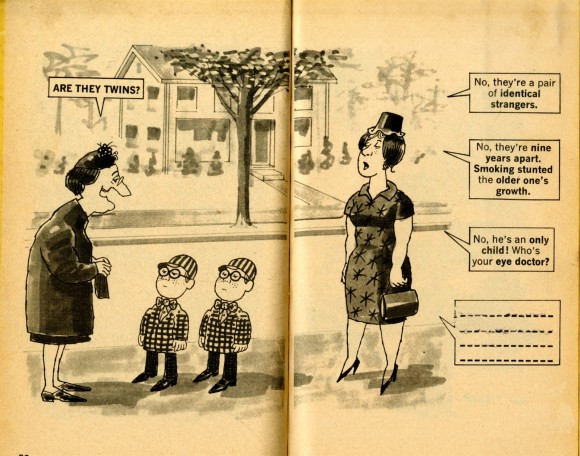 Thanks Al Jaffee. Thanks for filling my head with smart-ass quips. Thanks for letting me think it was okay to spout off sarcastic barbs and getting me in trouble my entire public school life. 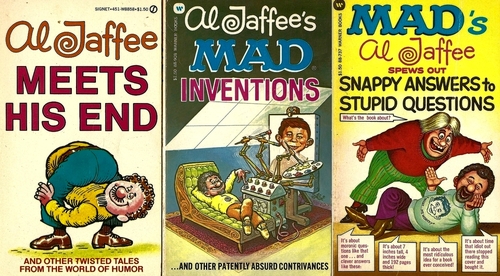 Thanks for your brilliant wit and gracious nature. And thanks for appearing as the guest of honor at the first major comic convention I promoted in Asbury Park (only a few miles from Aunt Rose Mary’s old home in Oakhurst). 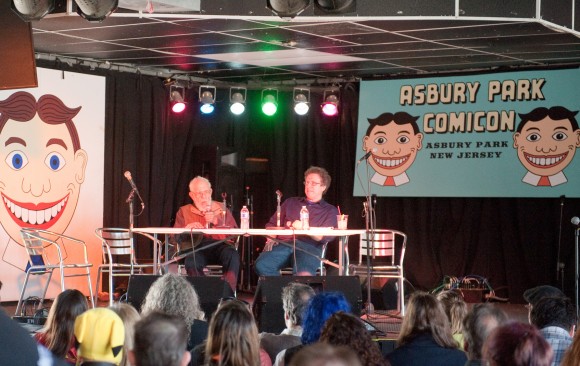 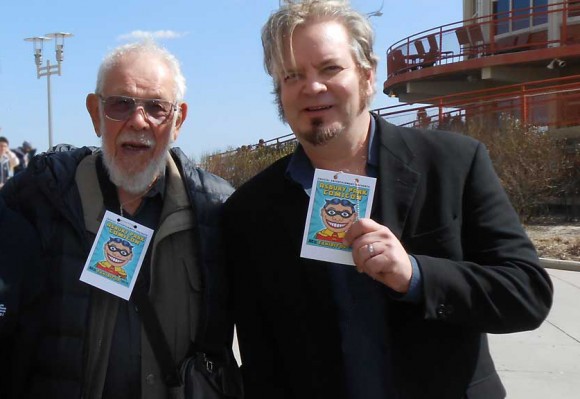 Al Jaffee turned 93 today. He has contributed to MAD Magazine for over 40 years.