Hacking into HACKTIVIST With MARCUS TO

Home » Hacking into HACKTIVIST With MARCUS TO

EXCLUSIVE ART! The new volume of Archaia‘s timely series launches 7/29 — and we talk with artist Marcus To about it. 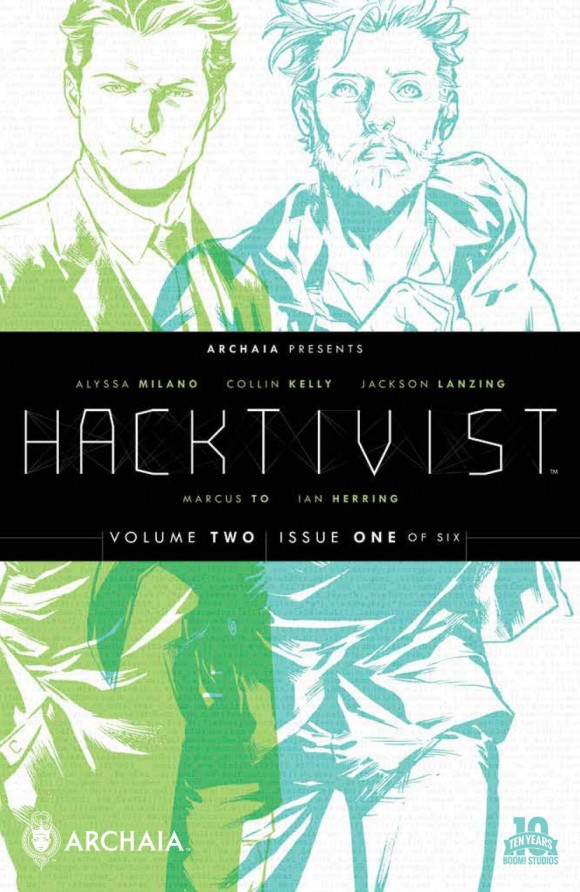 There’s no story about the web more pressing than privacy and surveillance. The Internet is the key to knowledge and understanding but it’s also a window into your own life — and the people who have the skills can find out what you’ve been up to, for good or bad.

Most of us make it pretty easy, joining social networks and putting our thoughts right where the world can find them. How that information is used now and in the future is a big question.

Not to put too fine a point on it, but that’s one of the main underpinnings of Hacktivist from the Boom! Studios imprint Archaia, which launches its second series 7/29.

The book is about the founders of the world’s most important social network — who just happen to be black-hat hackers. It’s the brainchild of TV star Alyssa Milano and a team of comics creators, including writers Collin Kelley and Jackson Lanzing and Toronto-based artist Marcus To. The striking colors are by Ian Herring, with letters by Deron Bennett, who was nominated for a Harvey Award for the first Hacktivist series.

Here, we talk with To — and bring you some EXCLUSIVE inks-to-lettered art: 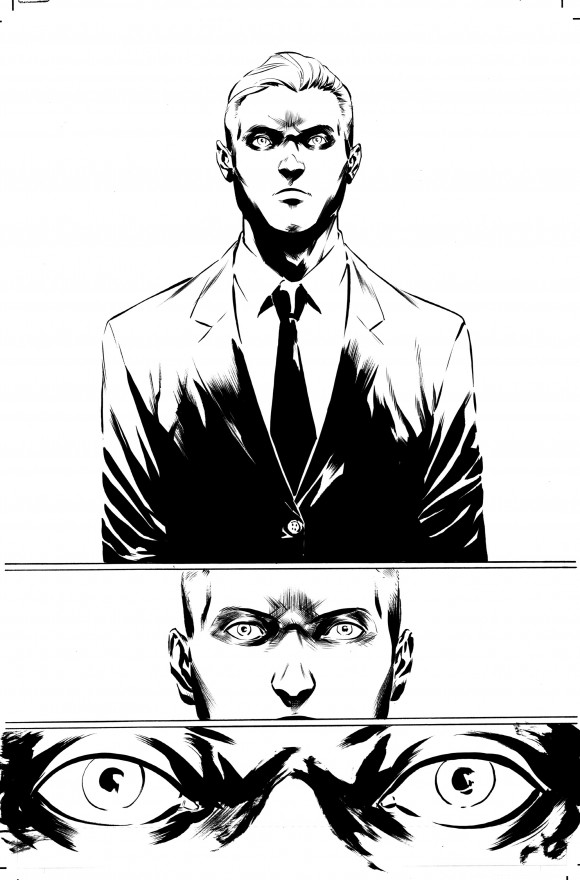 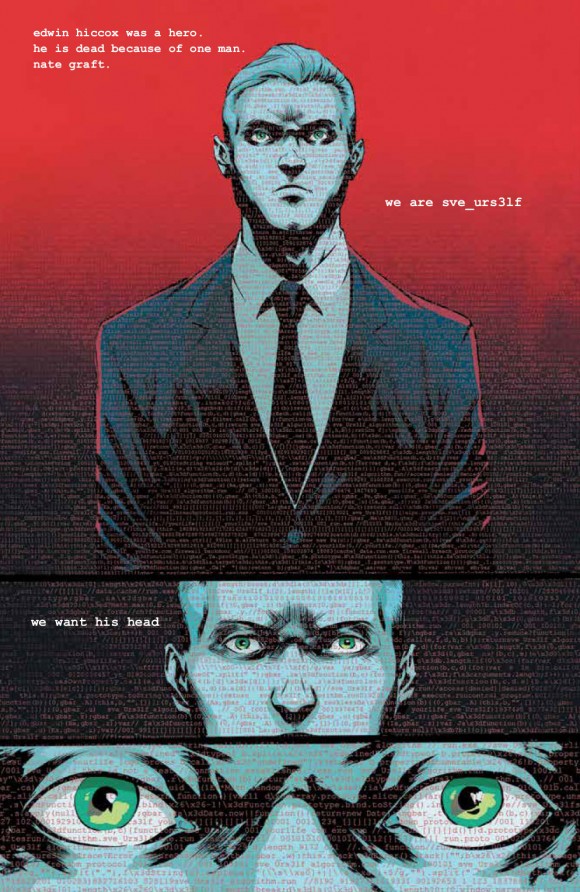 Dan Greenfield: What do readers just picking up Hacktivist need to know?

Marcus To: The beauty of this book is that you don’t have to know anything to enjoy it, it’s very accessible and very current.

This is a really striking-looking book, from the layouts to the colors. Tell us about how you’re collaborating with Ian Herring. How much back-and-forth is there?

Ian and I have been working together on many projects now and even longer, just from being studio mates, so there’s a real comfort in working with him that helps immensely. I talk to him from layout stage all the way until he uploads the finished files. We share ideas of how we can make the story work best, from where I can leave areas open to where I need to add more detail. The book would not look anywhere near as good without him or letterer Deron Bennett. 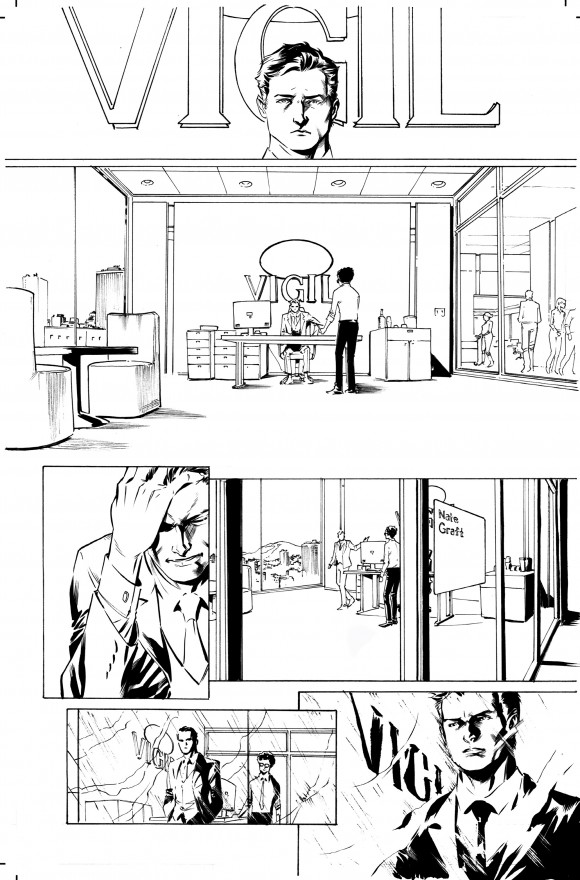 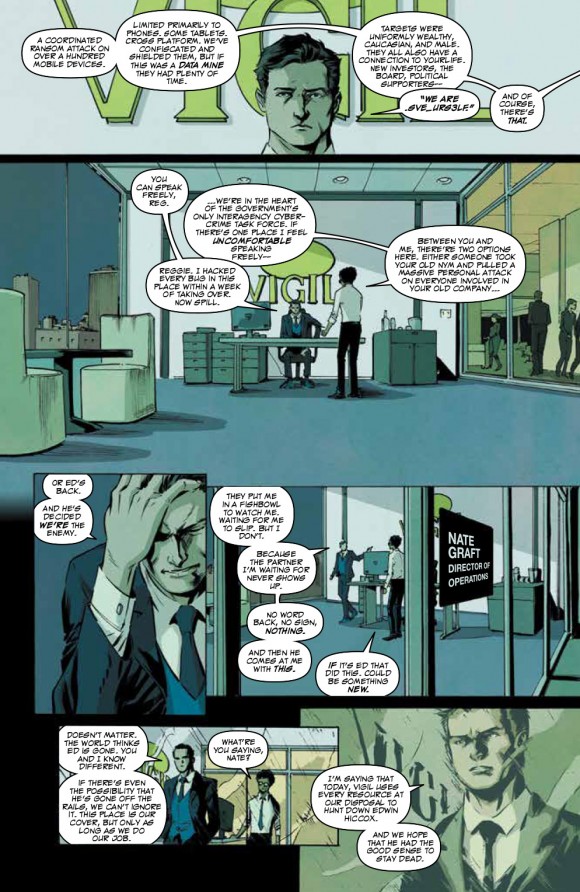 How did you get on this project to begin with?

After I had worked on Cyborg 009 with Archaia, they approached me about working on a book with Alyssa Milano. I was then told about how passionate she was to tell this story. I was sold.

How does the political subtext of the story resonate with you?

I feel that I have been so lucky to live in a country that allows me to have the freedom to draw, and to read and to learn; many places around the world aren’t so lucky. I’m happy to be able to tell this story with everyone from Team Hack. 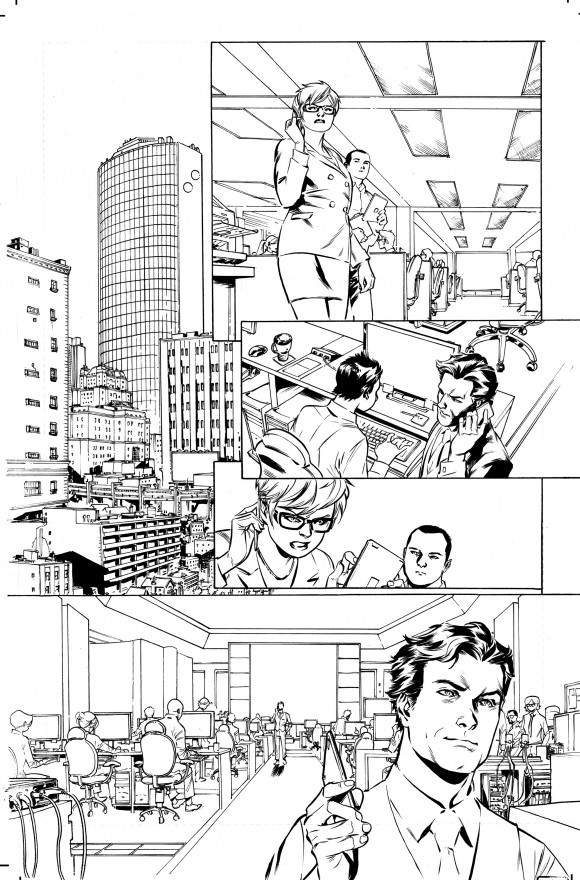 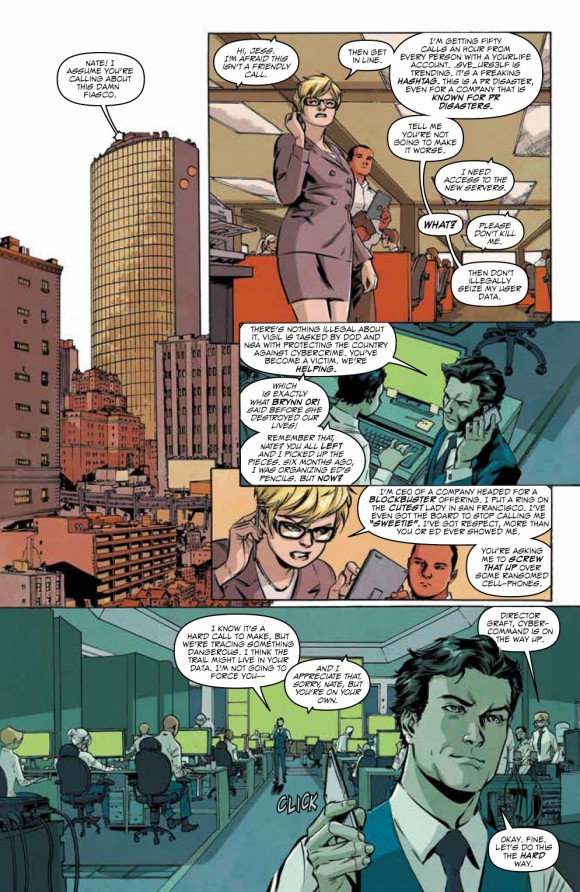 OK, I’m sure you’ve been asked 5,000 times but almost anyone picking up this book is going to want to know about Alyssa Milano’s involvement. Tell us about that.

Alyssa sets the tone for all of us to follow. She started it all with the idea of what two hackers could do to help people gain their freedom. She did immense research on everything from the hackers to the political and social changes going on right now. That said, she trusts the whole team that she brought on to do their jobs and having that trust gives us the confidence to tell the story the way we know it can be told. 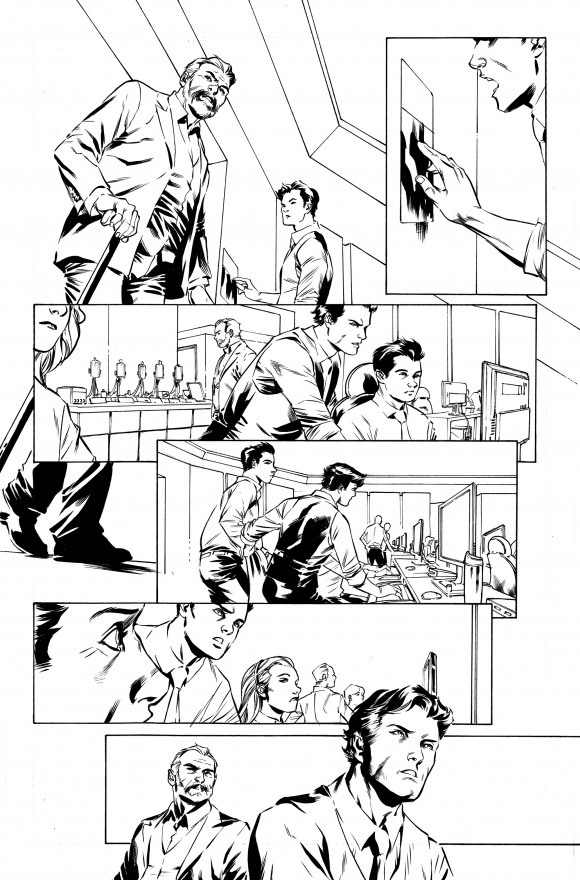 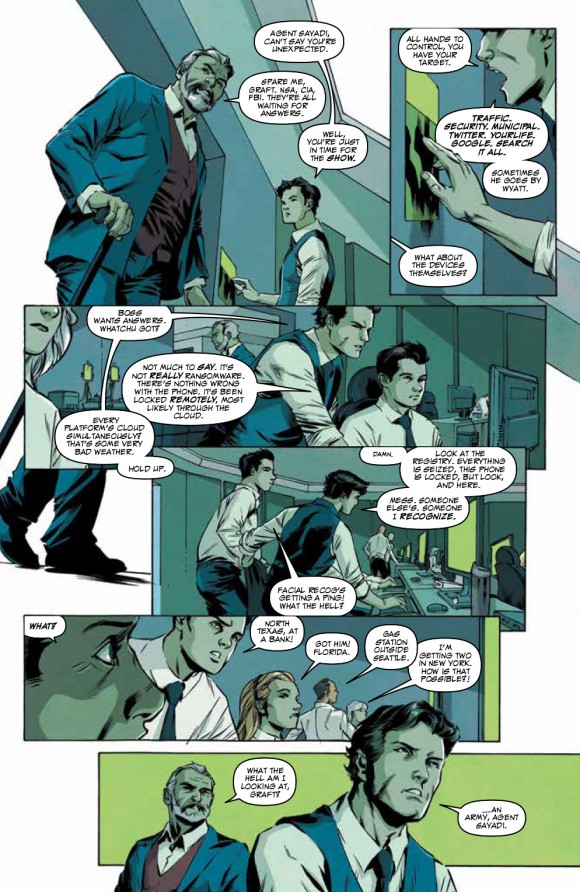 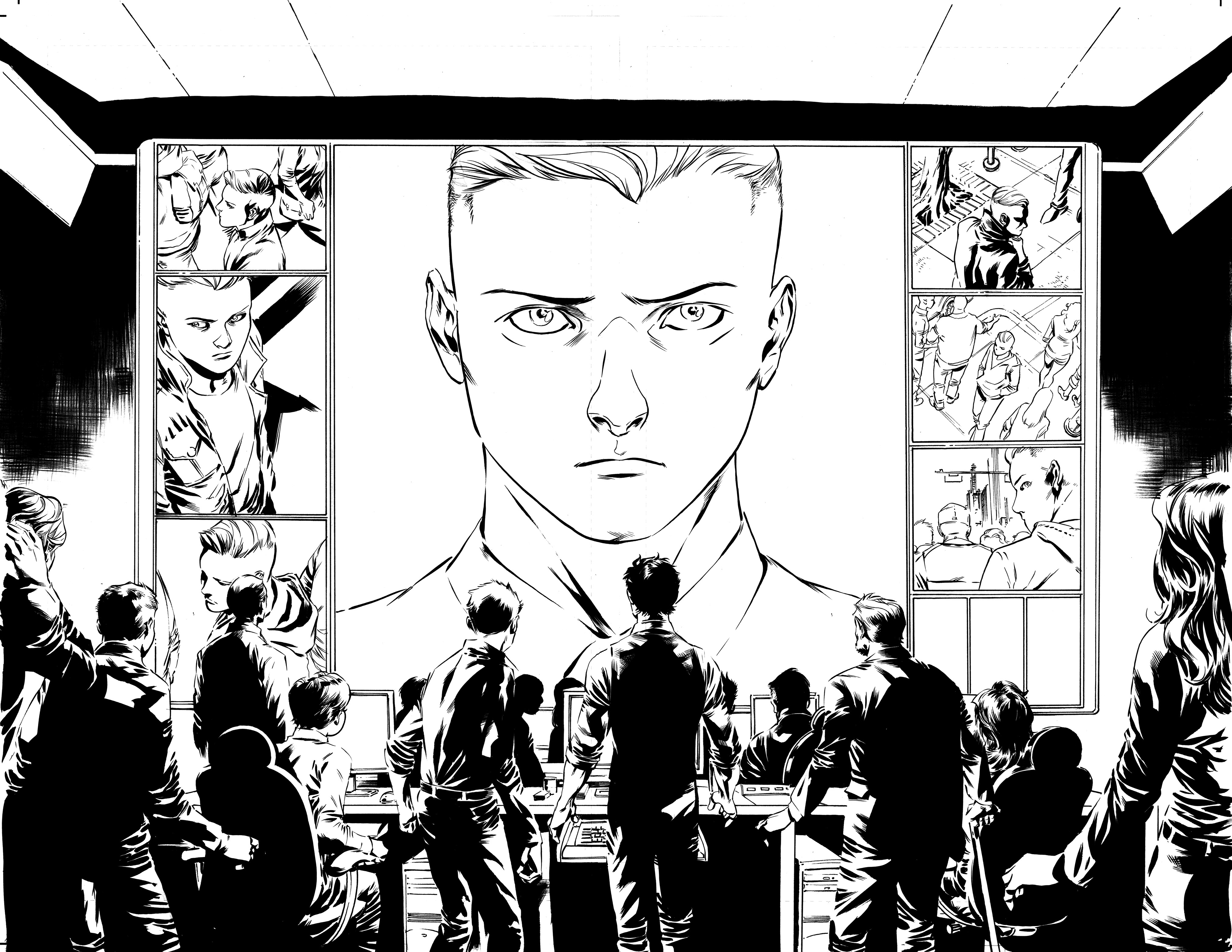 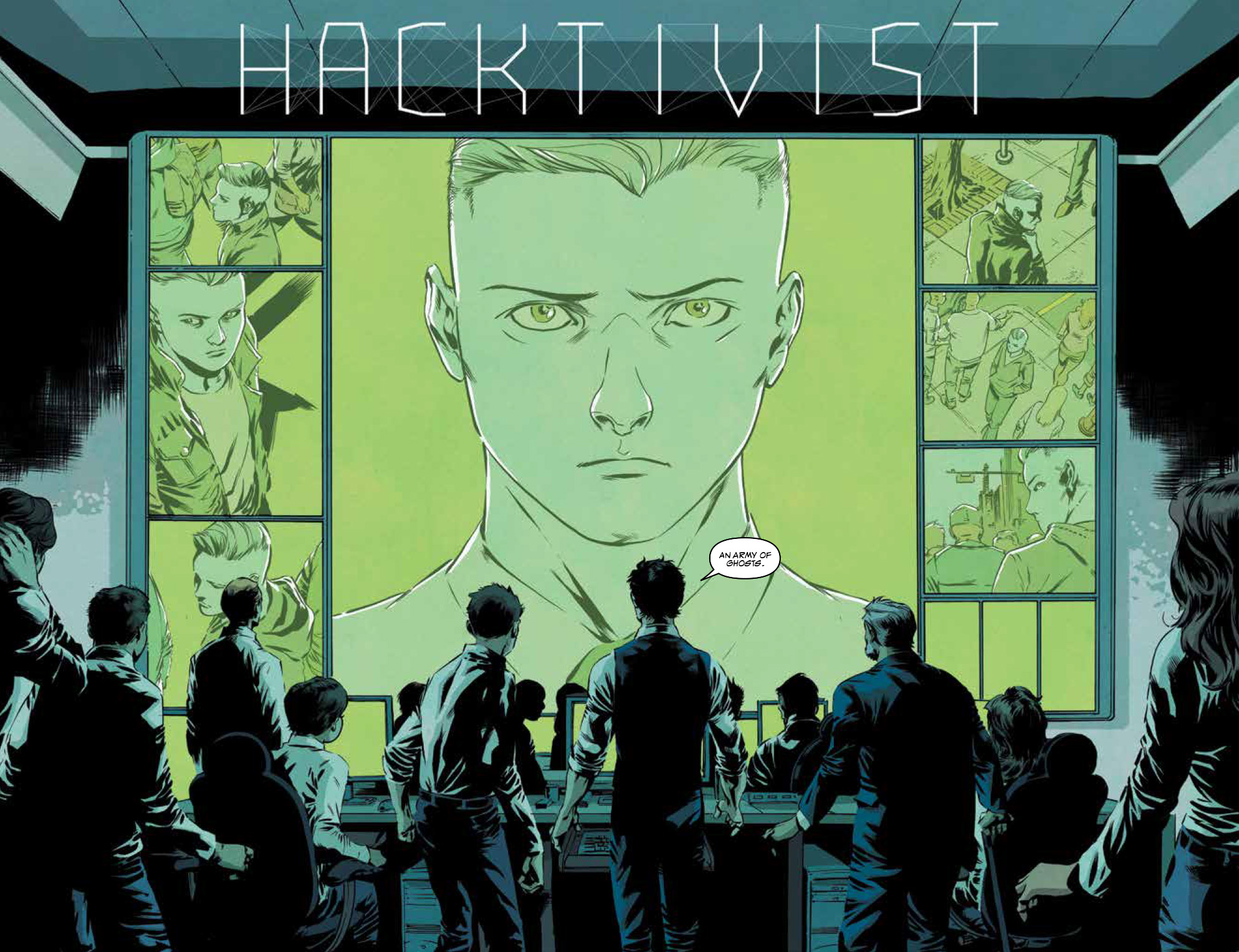