It was gonna happen sooner or later.

Marvel today is unveiling its full slate of New York City-themed variants for the month of May. It’s a bit of a tweak since DC Comics is pulling up stakes the month before and leaving the Big Apple to merge operations with their Burbank brethren and sisteren.

Well, the New York Post has a couple of exclusive covers — but the one that stands out is Spider-Gwen #4 by Mark Brooks, bringing Ms. Stacy back to the George Washington Bridge, headband and all. 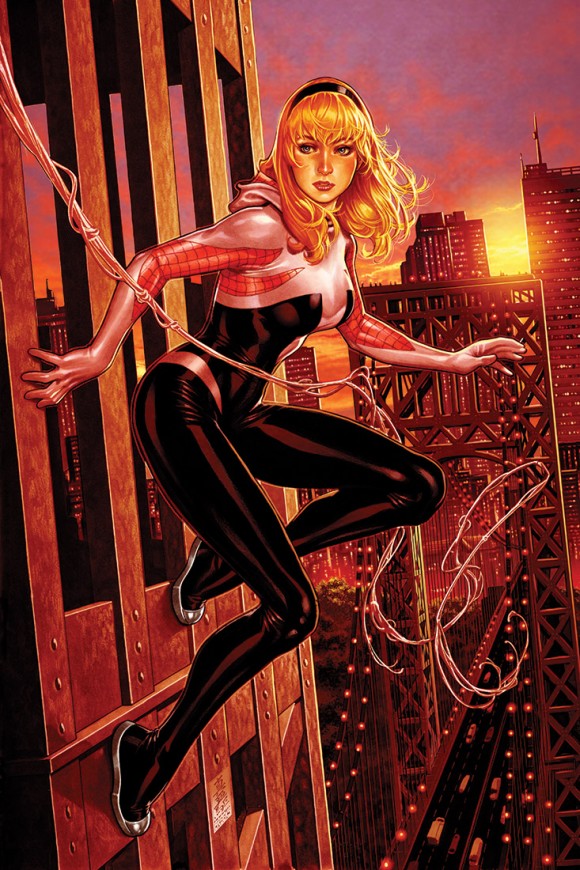 If I have to tell you that the G.W. is where she met her demise in the main Marvel Universe lo those many years ago, well then I’m glad to educate you: 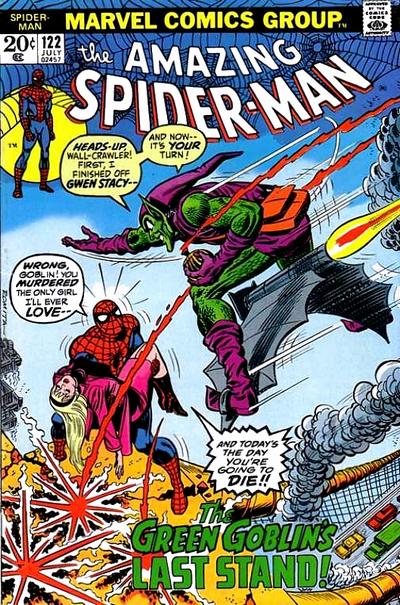 Gerry Conway‘s text originally said G.W. but Gil Kane‘s interiors in the two-parter (#121–122) — as well as John Romita‘s cover art above — showed the Brooklyn Bridge. The text was altered in future reprints.

No matter. In the Spider-Gwen variant, it’s all accurate. Except there’s no evening rush-hour traffic. Then again, this is an alternate reality.