One more gigantic example of how comics are at the heart of mainstream entertainment.

Last night, Wendy, Sam and I were walking through Times Square after seeing Nightcrawler and Gwen Stacy in Cabaret. 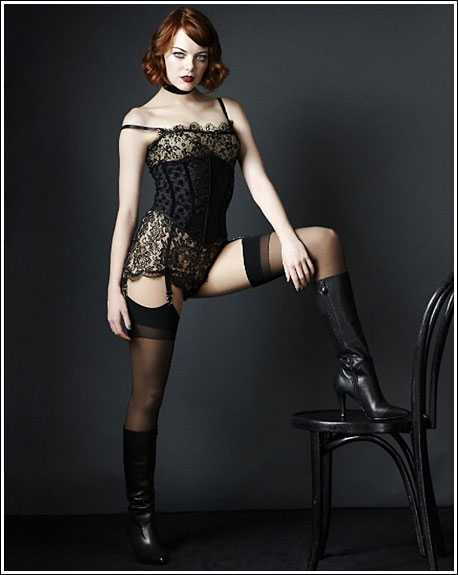 Now, navigating Times Square is a sucker’s game on most days, but New Year’s Weekend? Fuhgeddaboudit. But we still needed to go west to east and it still seemed the straightest route to Grand Central.

Stuck at the light at Broadway and 46th, I looked at my right and saw the startlingly huge, animated Google billboard. Enormous. With a resolution beyond anything foreseen by Ridley Scott in Blade Runner. (Check out Mashable’s story about it here.)

Jumping around the screen were various pop-culture images, all in service of telling us the wonderful and not at all invasive services Google provides for us before it mutates into Skynet some time in the next three years. 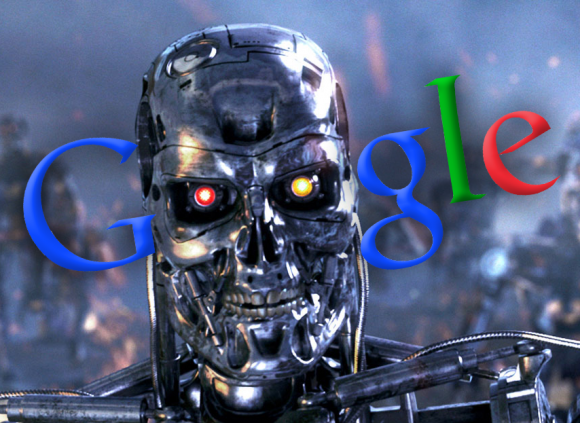 Anyway, I’m looking up, transfixed, when all of a sudden a gigantic Batman forms on the screen. But not Christian Bale or an Arkham game or Ben Affleck. No. It’s Greg Capullo’s Batman and in “small” print at the bottom is ad copy for Capullo and Scott Snyder’s Court of Owls saga.

When I waited for the billboard to recycle through the other ads — music, etc. — I debated whether to take a video of it on my iPhone. Oddly, it occurred to me that stills would actually convey the enormority of it better and I wasn’t quite sure how good the video would come out anyway.

So, welcome to Gotham City at the Crossroads of the World. 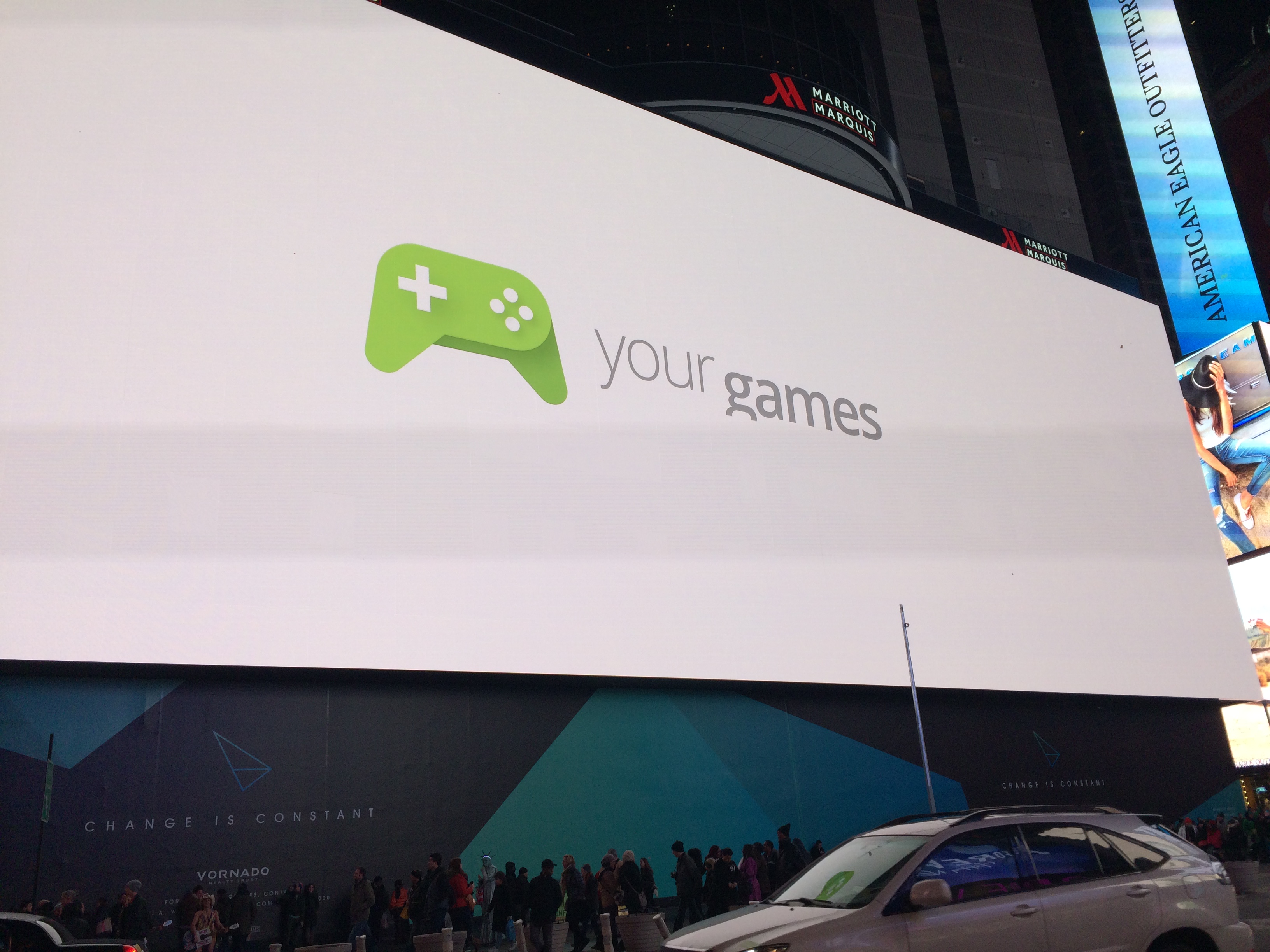 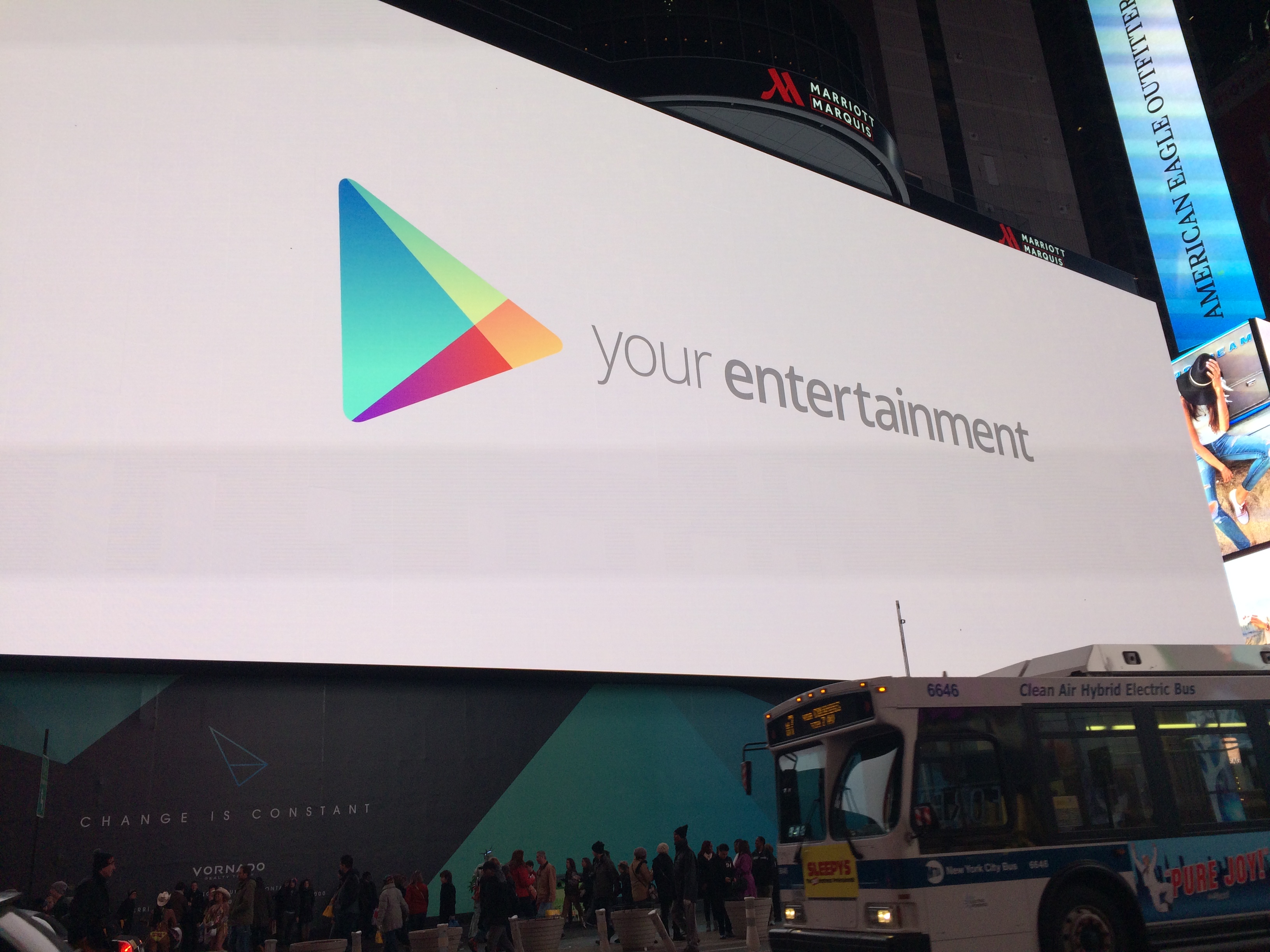 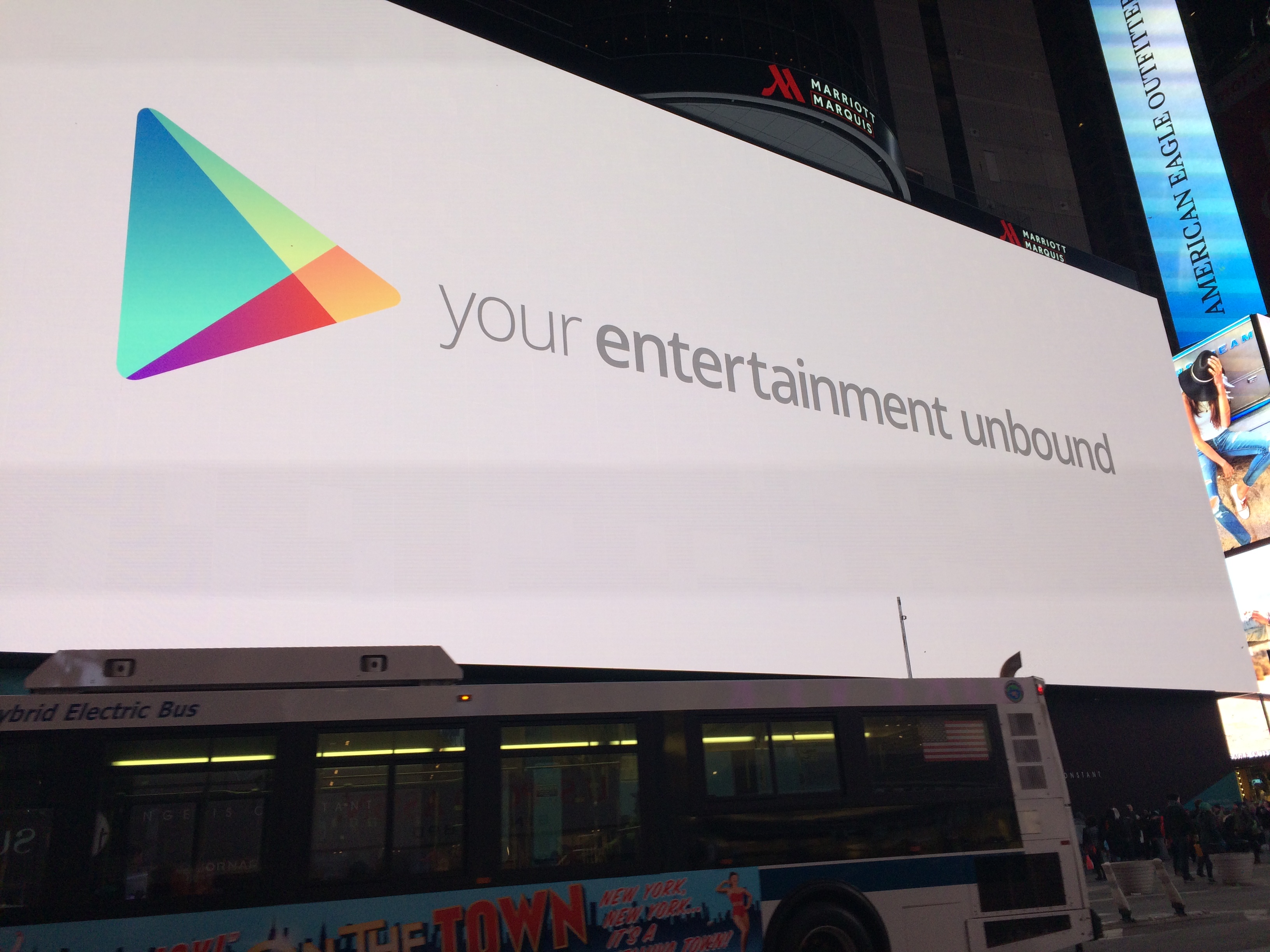 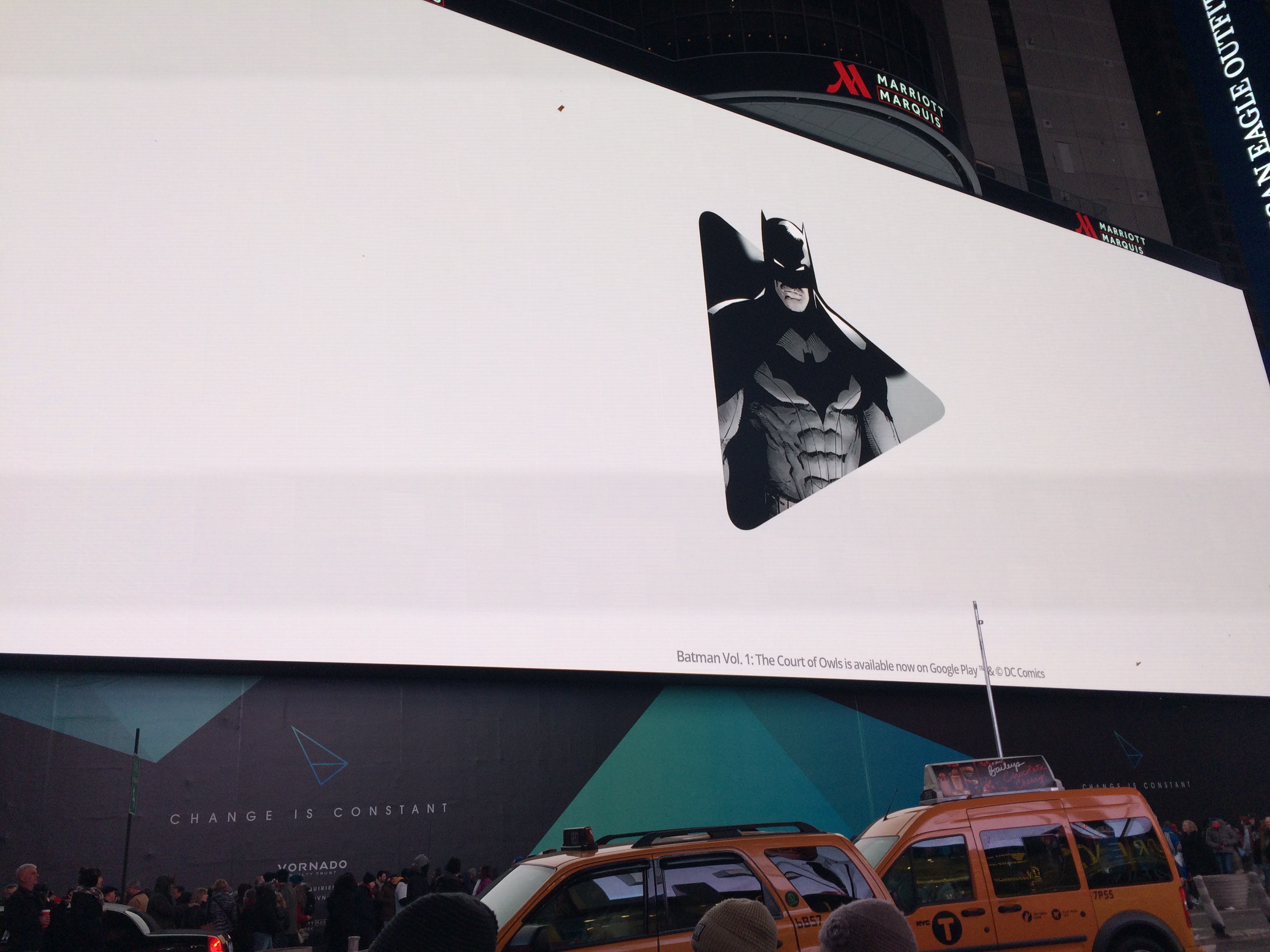 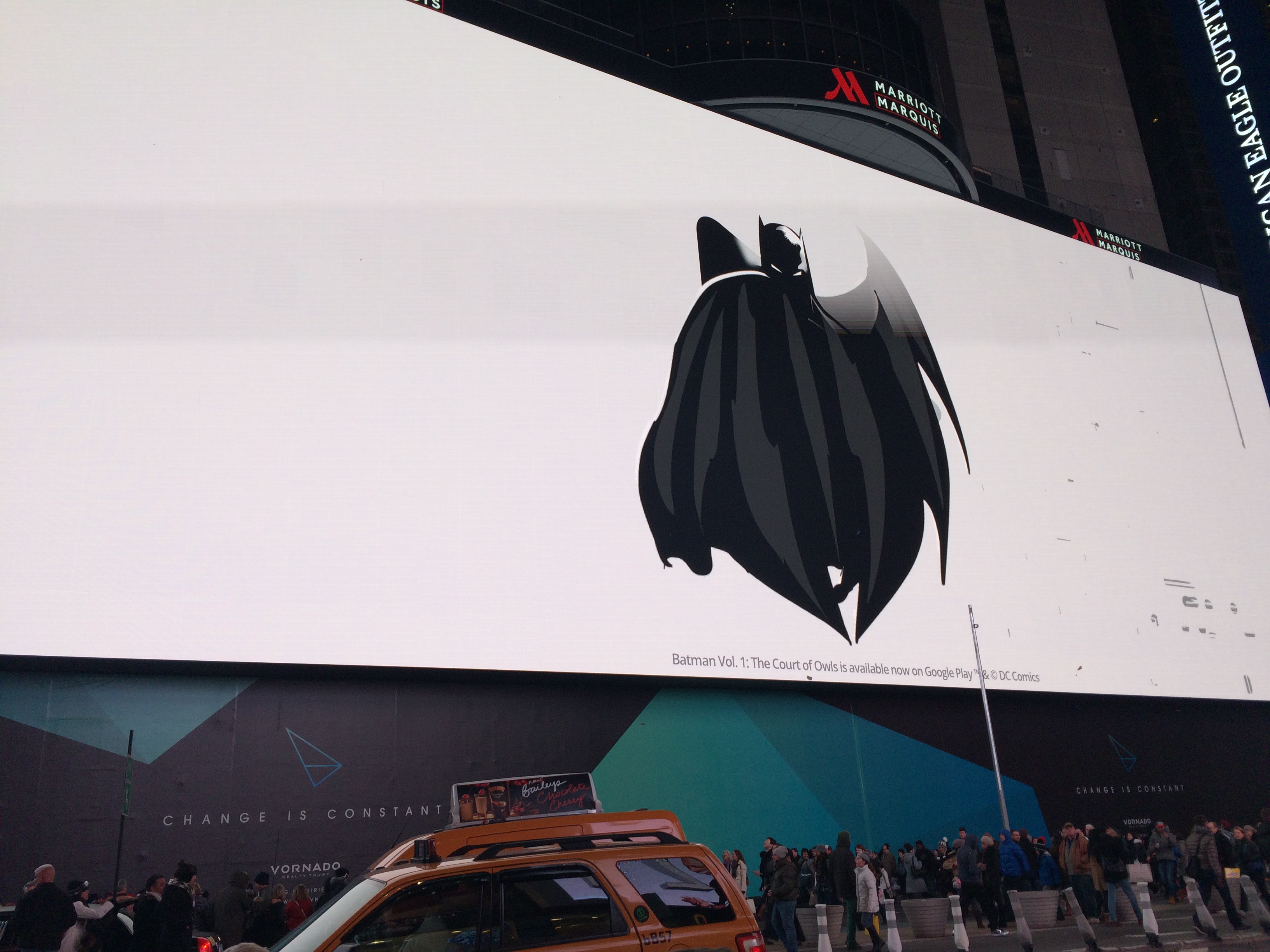 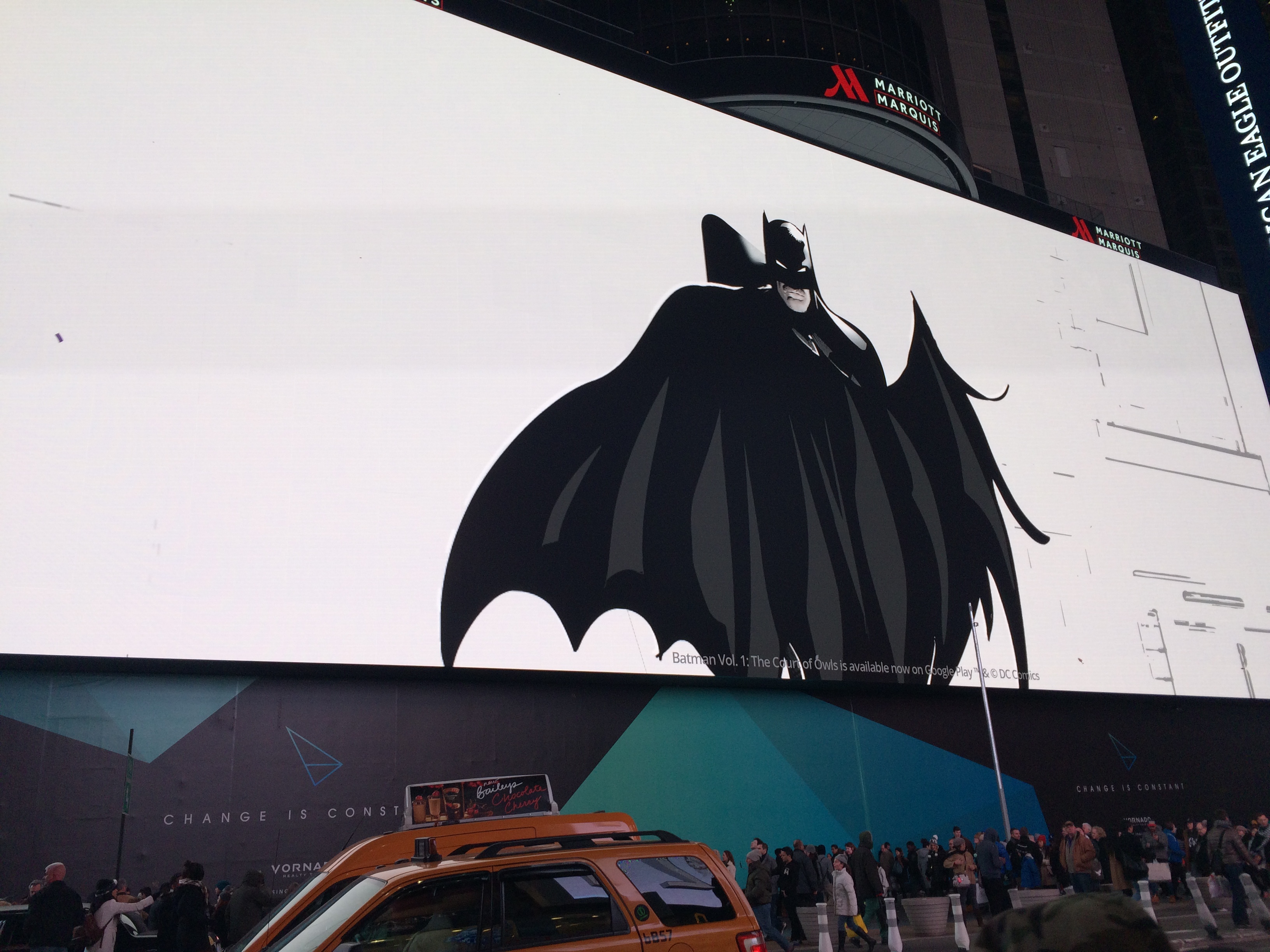 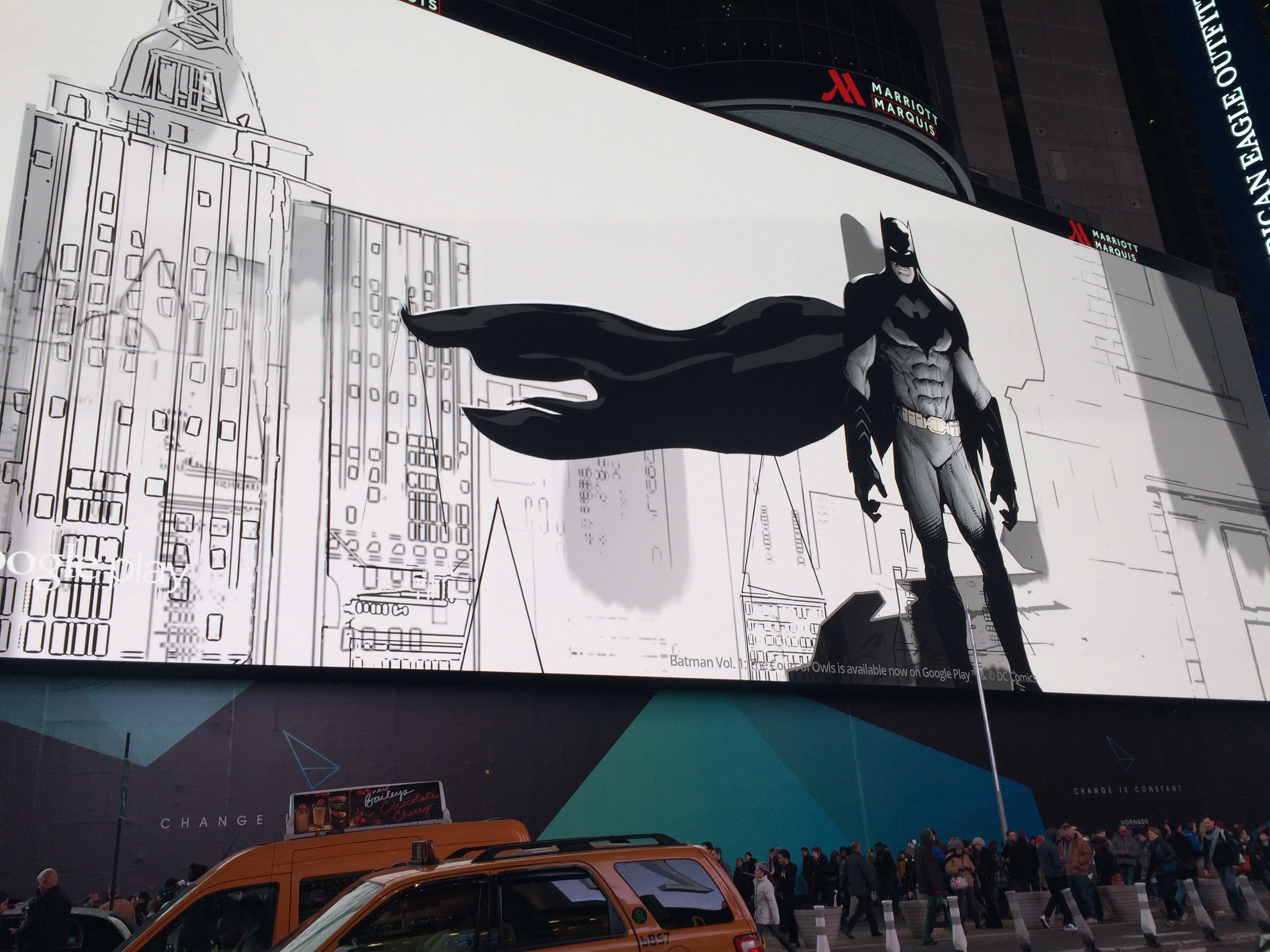 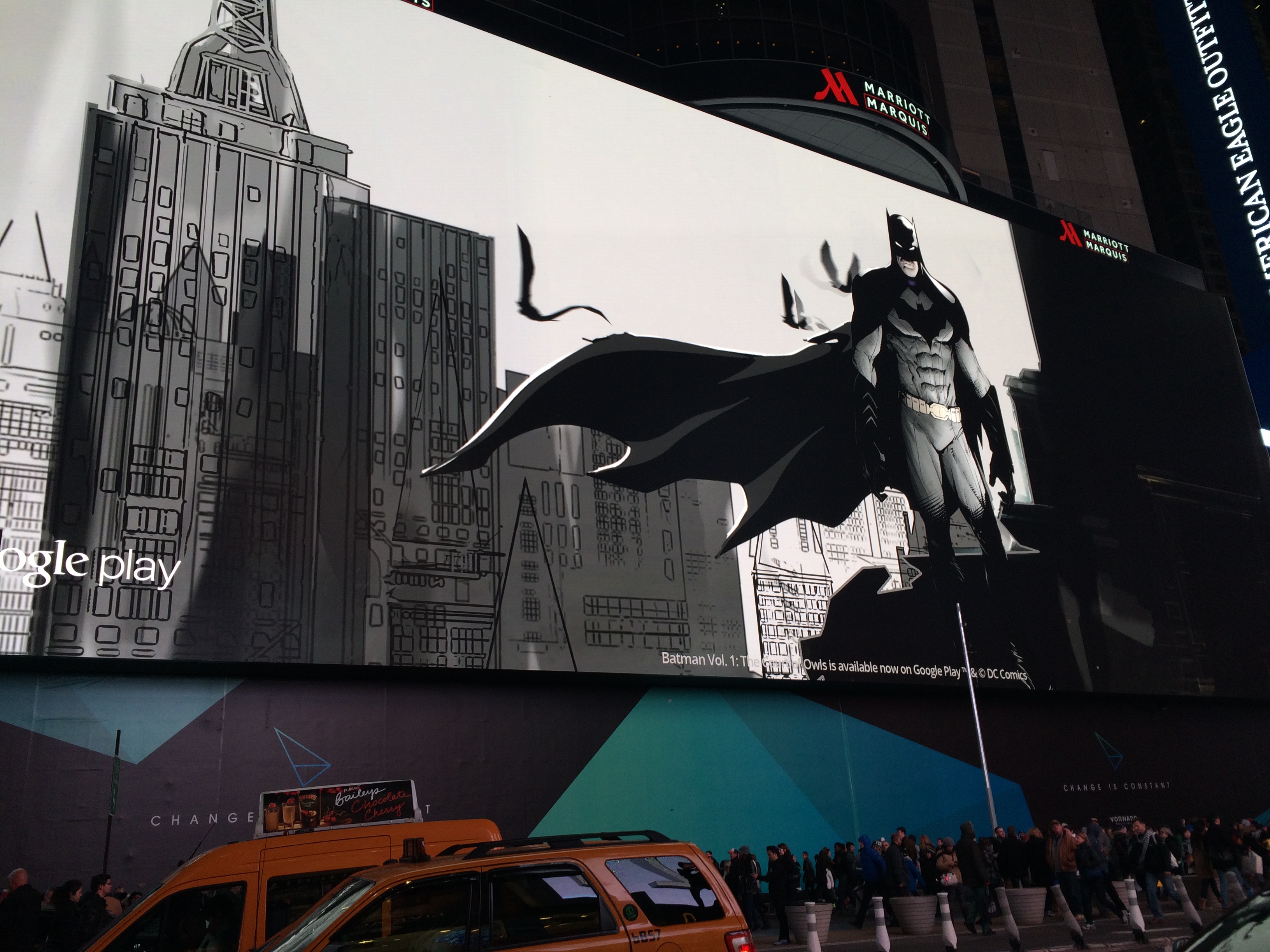 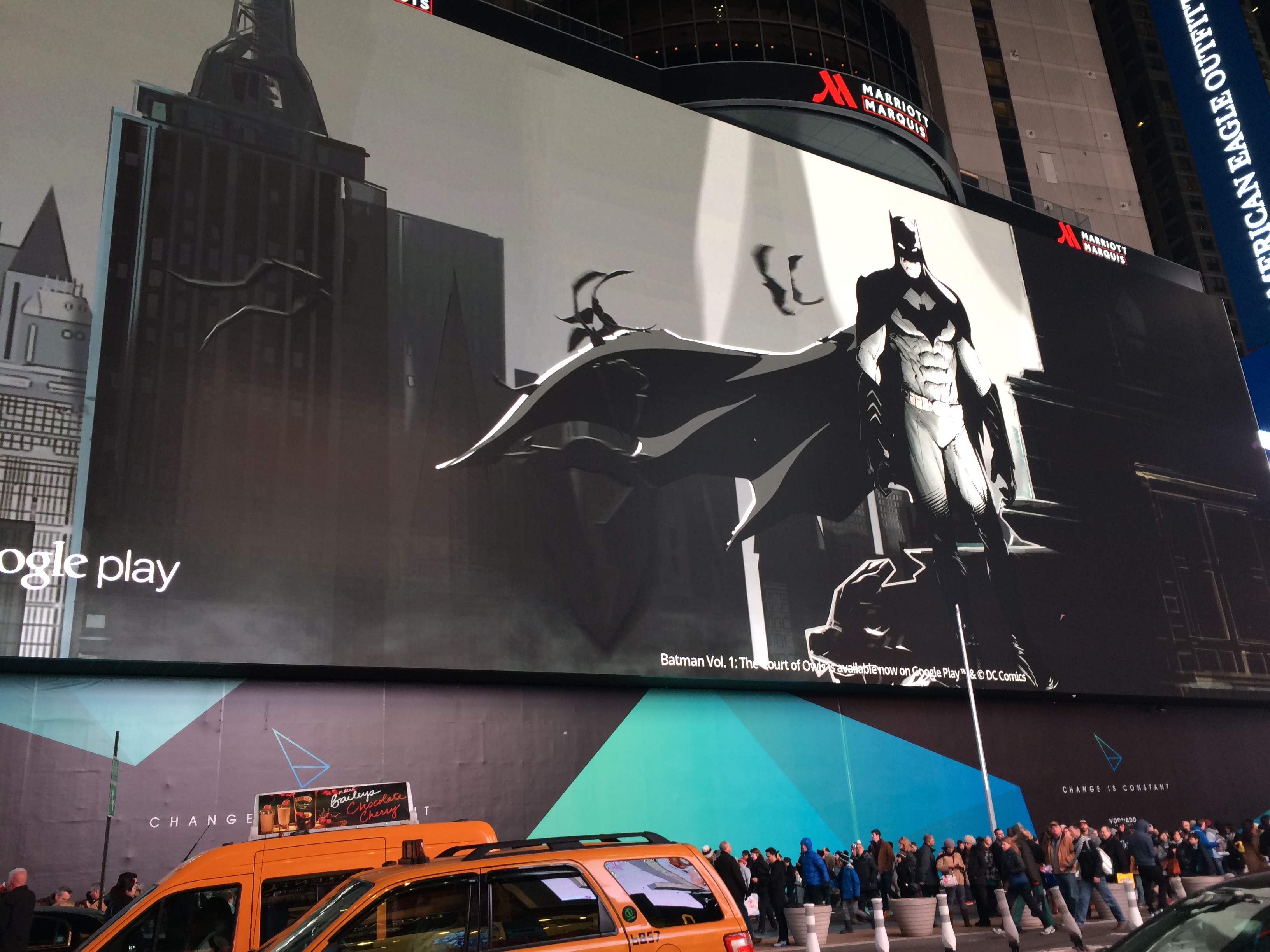 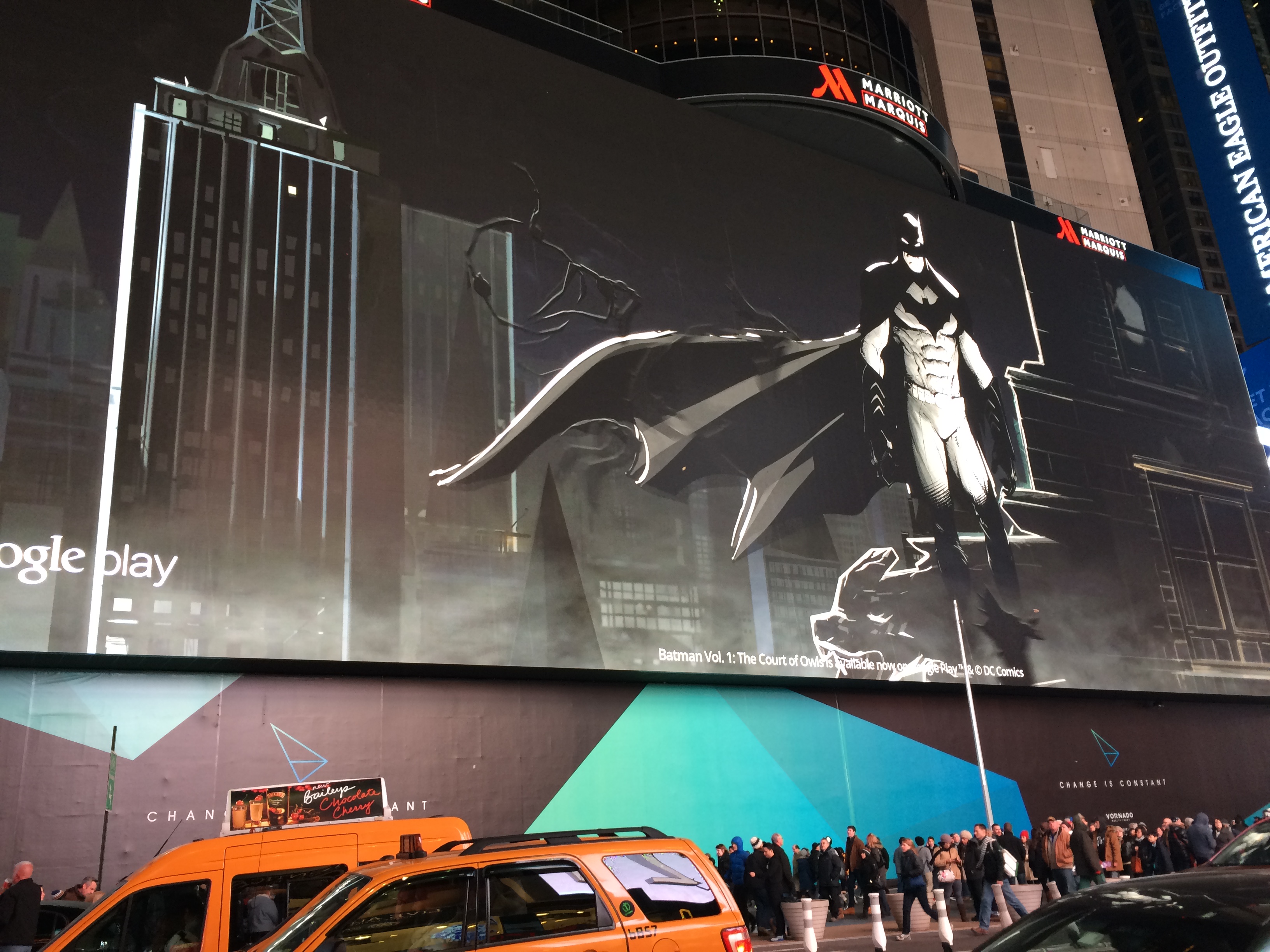 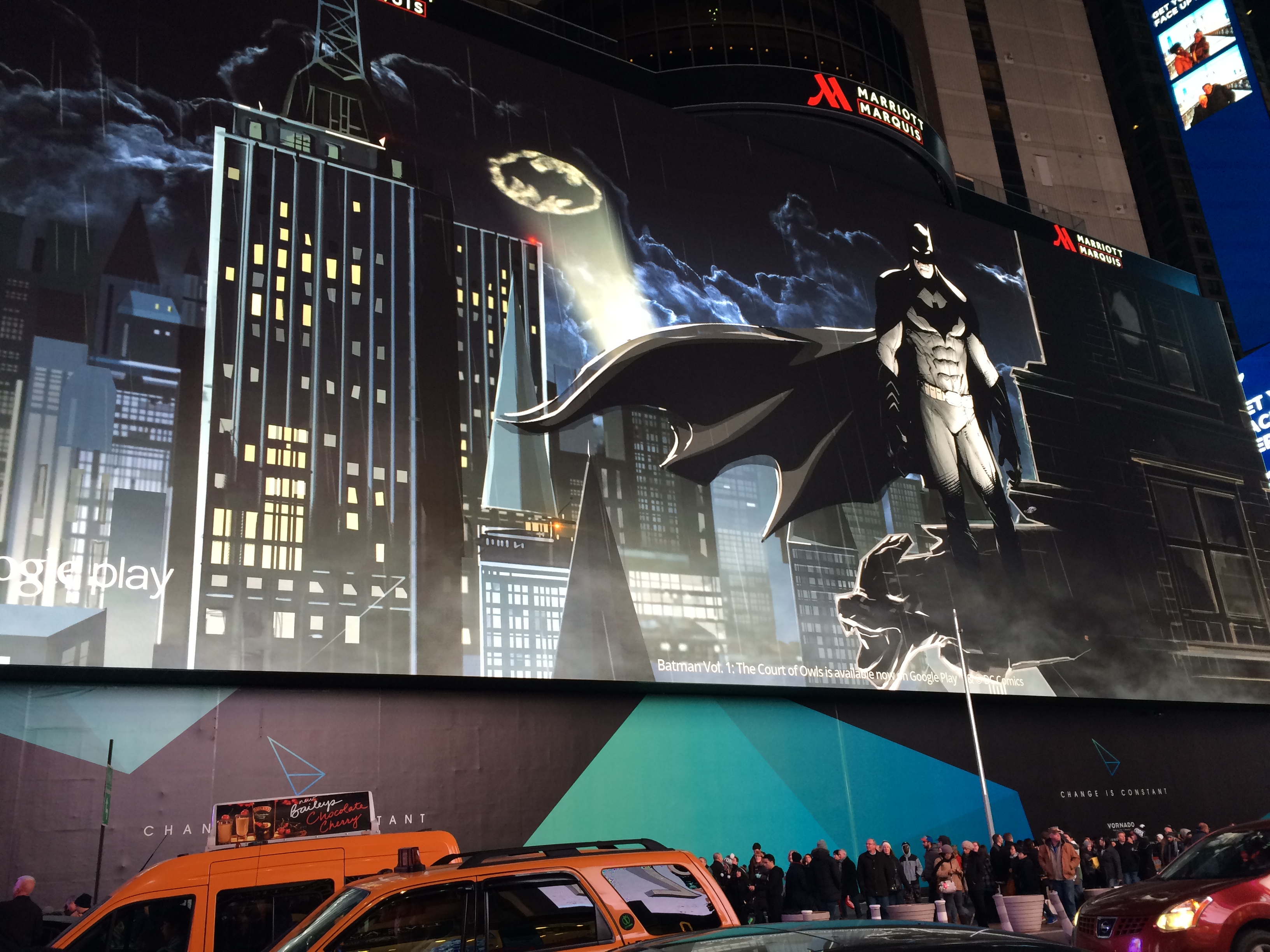