REVIEW: Making up for lost time with Diamond Select …

I’ve mentioned a few times that I didn’t really get into Star Trek until I was practically an adult, so I missed out on all sorts of cool toys and whatnot growing up in the ’70s.

Like, for example, I had plenty of Megos but no Kirk or Spock in the bunch. And I seem to recall my friend Paul Kessin having the Mego phaser set and me wanting one, even if I didn’t care for the show when I was 10. (I think I just wanted to have a ray gun.)

But modern “adulthood” means getting to scratch those kinds of itches whenever you feel like it, assuming that’s how you want to spend your disposable income.

Over the last decade or so, Diamond Select , with EMCE Toys, has reproduced the Star Trek Megos — and added to the original collection. Those figures are “out of print,” to coin a phrase, but the Mego Enterprise was re-released this year for the ridiculously reasonable price of $60.

It’s a dead ringer for the original, featuring bridge furniture, interchangeable “viewscreens” and the piece de resistance — the “transporter.”

So now you can create your own Trek adventures like the 8-year-old you once were: 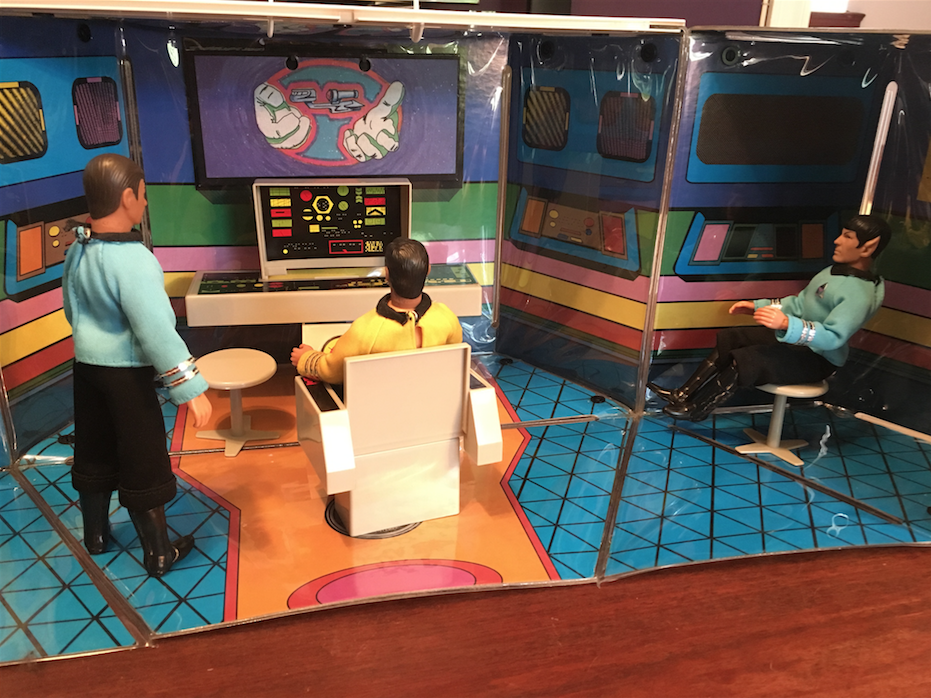 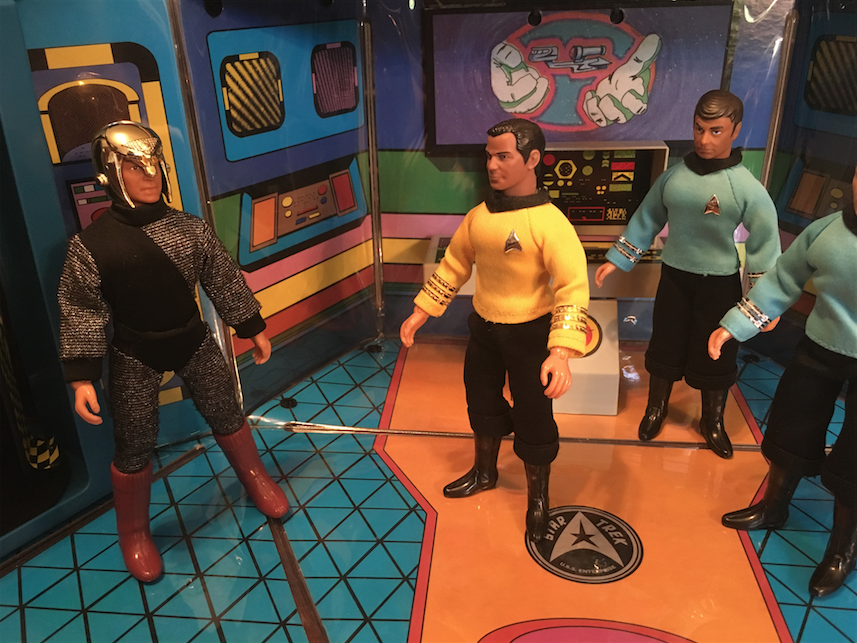 Romulan on the bridge! 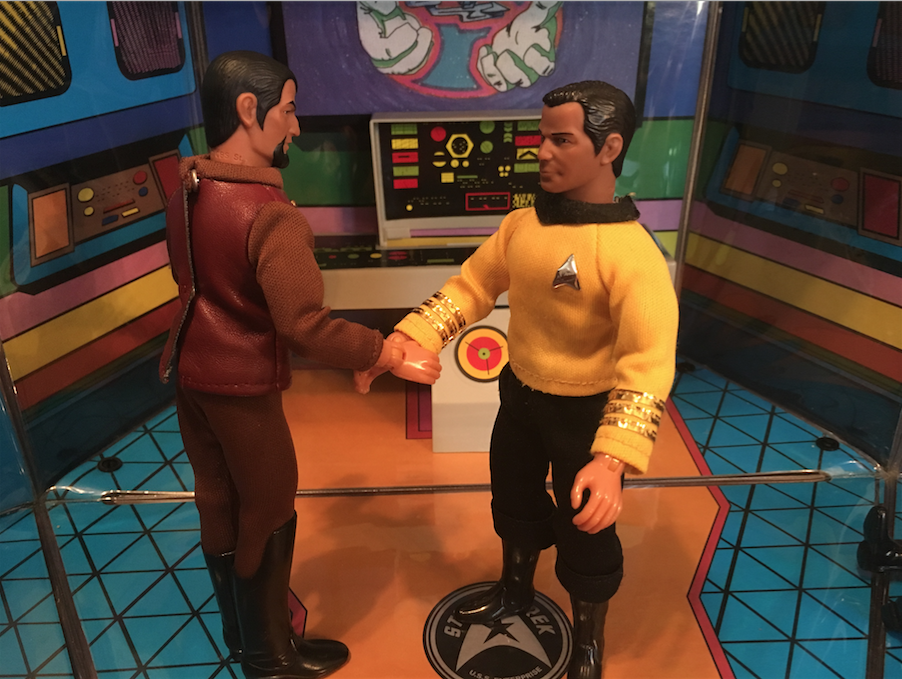 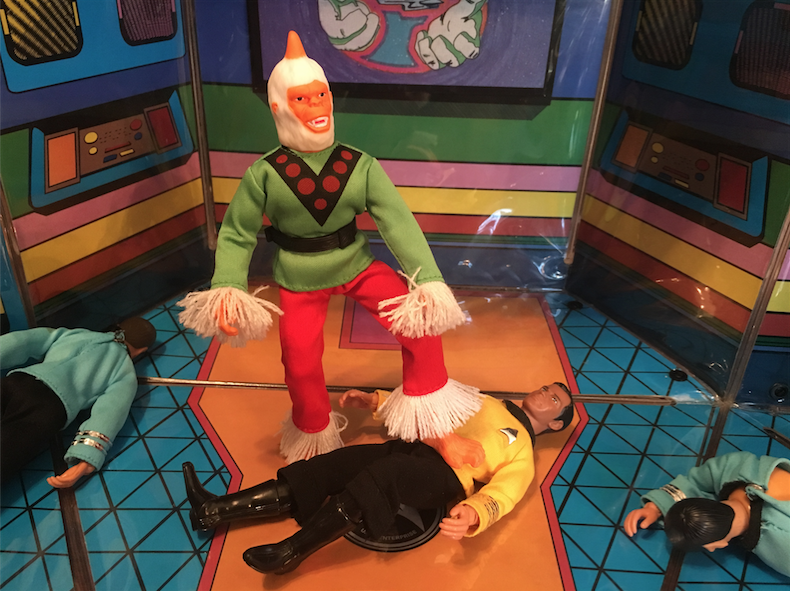 Greatest action figure ever: The Mugato. Or, as I prefer, the Mugatu. 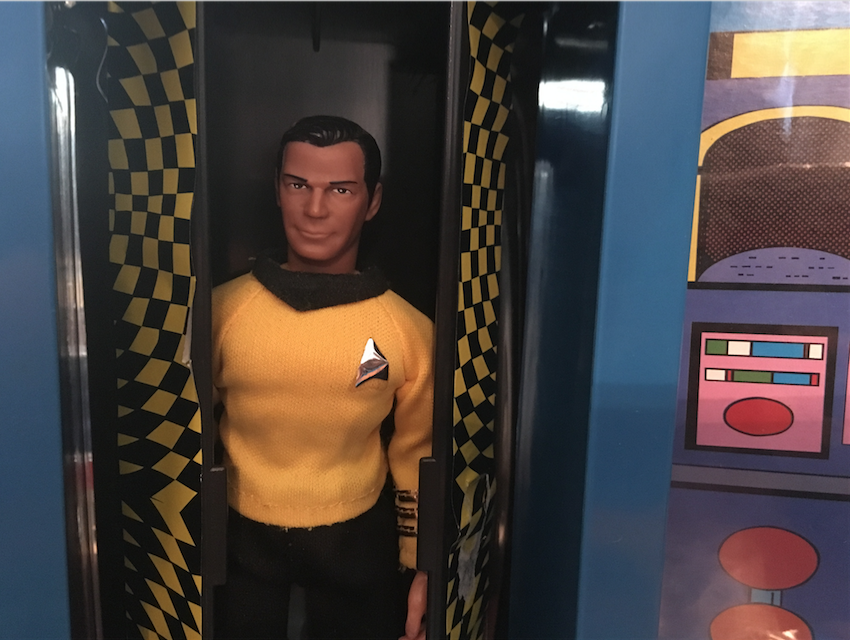 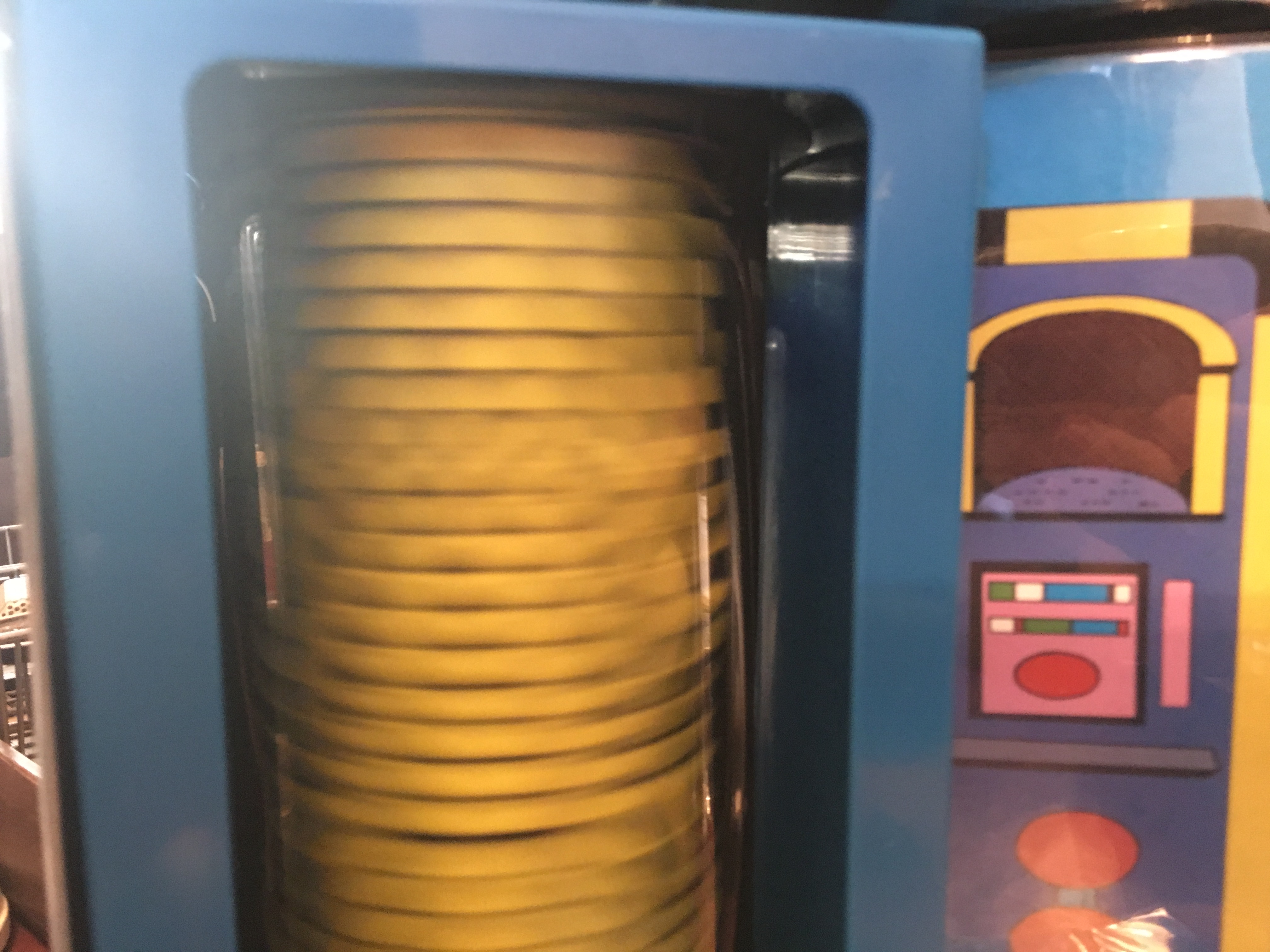 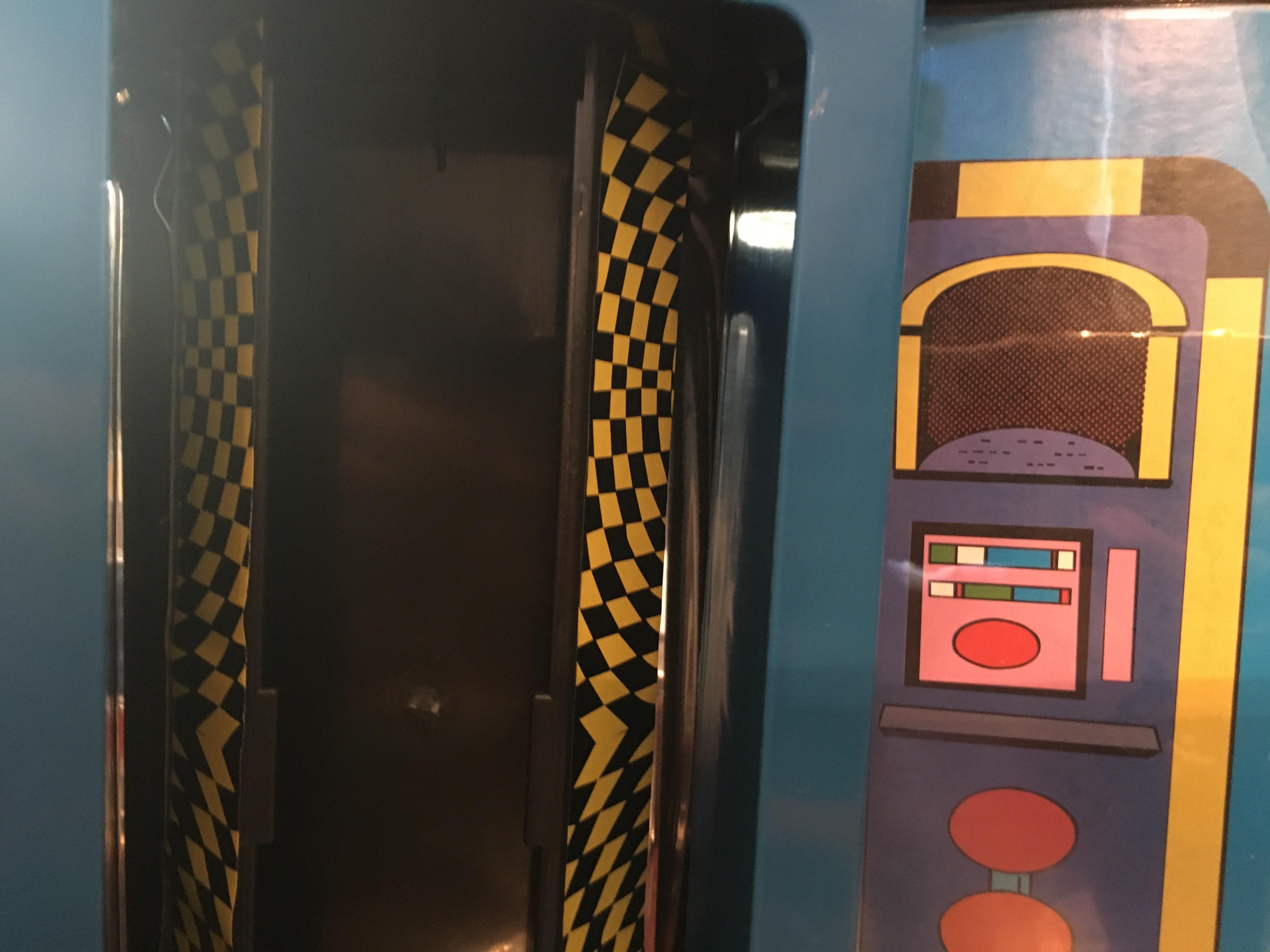 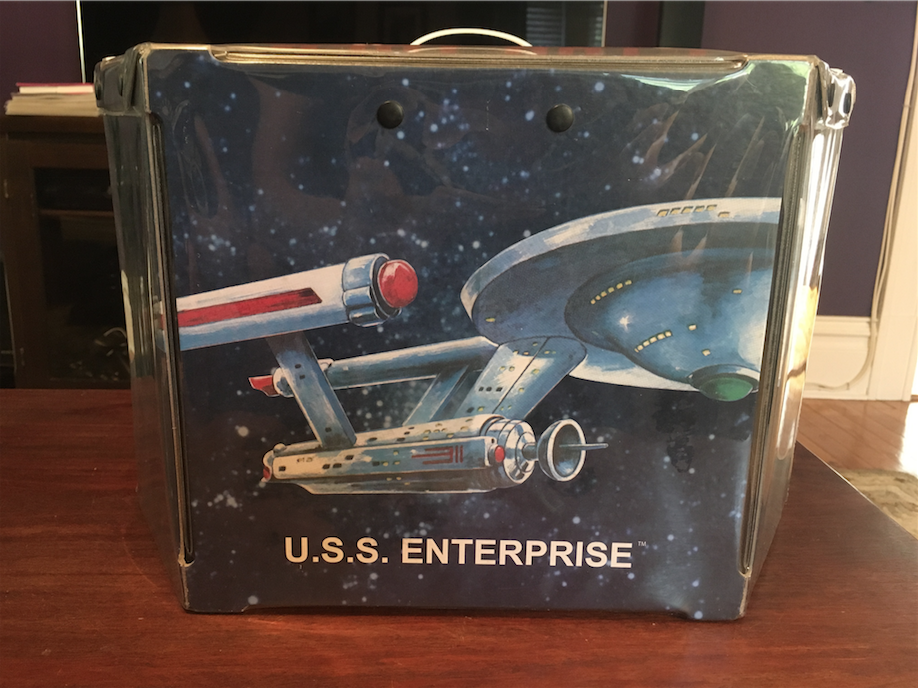 Diamond also serves up a selection of Star Trek props, including phasers, communicators and, yes, tricorders from the franchise’s various iterations. They light up, make sounds and do all the things you’d hope for (except actually knock out Klingons or actually call the Enterprise, I suppose).

But if you want to run around the house chasing your best friend, then you need a Good Guy weapon and a Bad Guy weapon. It has movie-specific sounds, with the lower-pitch scream that always sounds, I don’t know, rubbery somehow. The top is removable so you have the option to use it like an “electric razor” phaser, too. 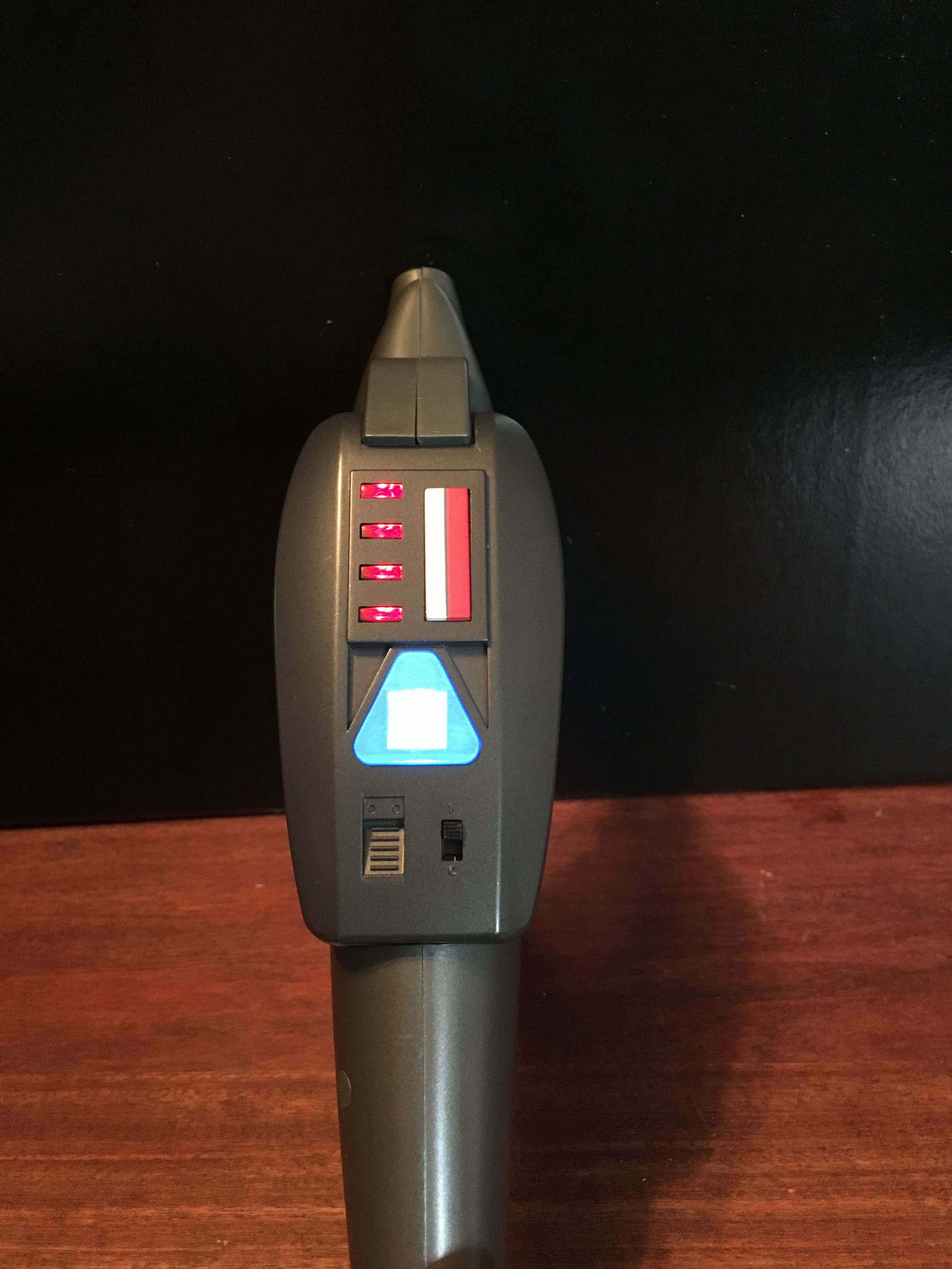 And here’s one version of the Klingon Disruptor:

It’s even meatier because the design itself is more complex, with a three-pronged barrel and the trigger set at the top of the handle where it’s activated by thumb. It’s also significantly louder. 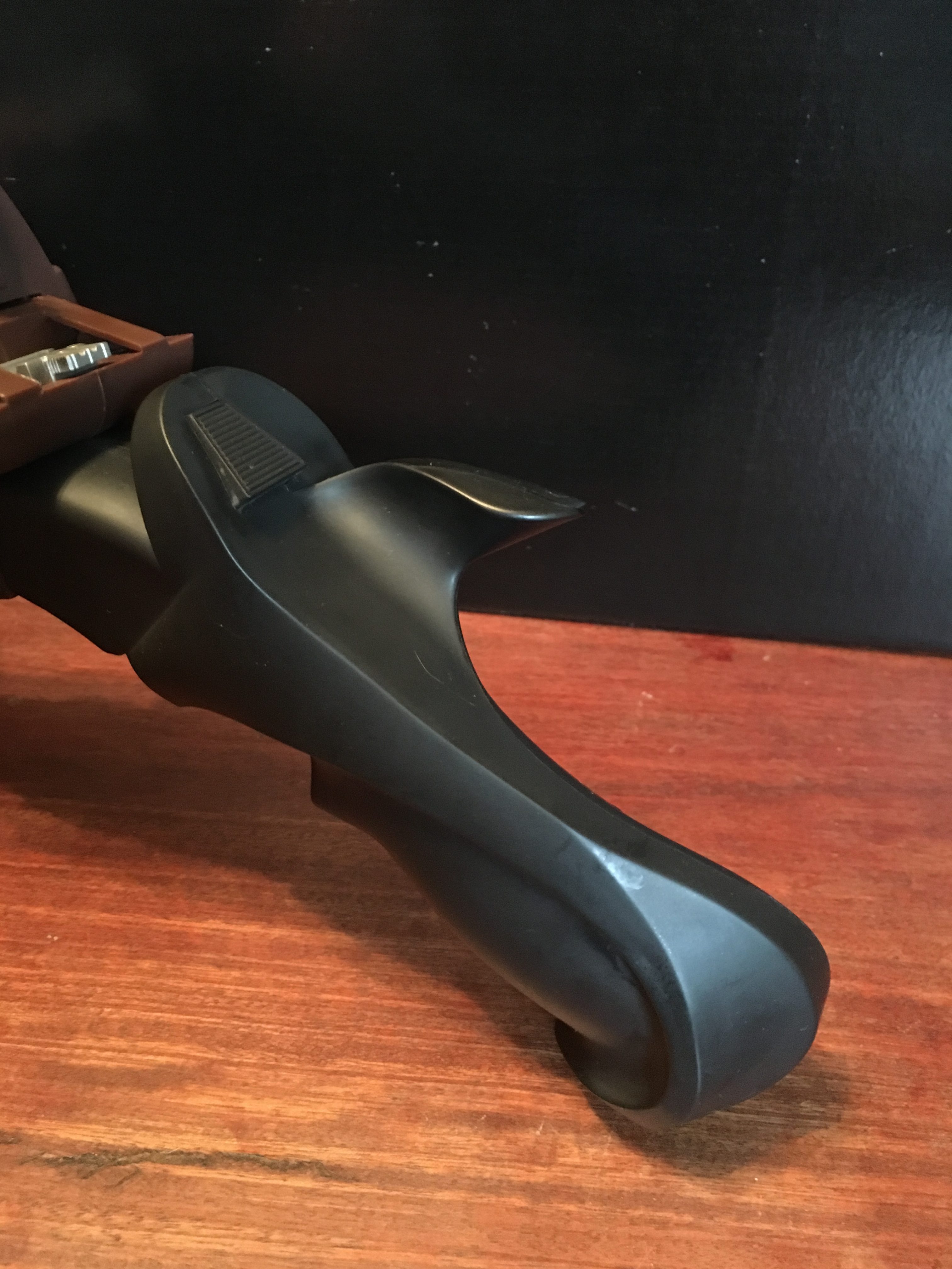 So even if you end up getting outsmarted by those Federation do-gooders, you at least know your sidearm caused some serious damage.

The phaser will run you about $40 and the disruptor about $60. Those are list prices, so shop around.